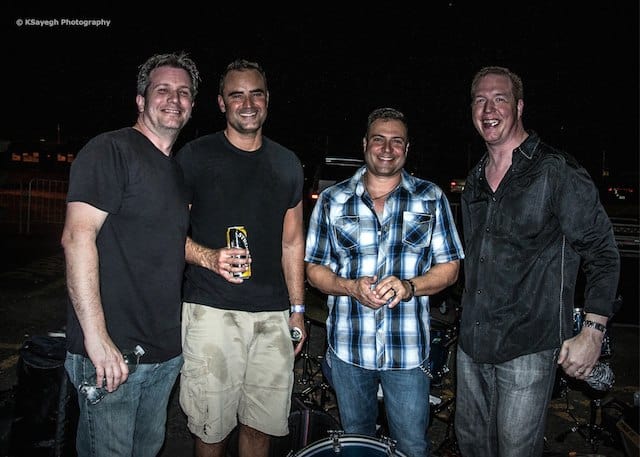 Raftree is Alternative-Metal quartet who combine melodic rhythms, heavy guitar riffs and harmonic vocals to create a sound that draws both rock and metal fans alike. Raftree consists of Kenneth Raftree, Charly Alaimo, Andy Roland and Ed Tuberion and hails from New Jersey. Raftree’s long persistent road to success and ability to make it as one of the most prominent bands in the underground rock scene make them an Artist You Should Know.

Frontman Kenneth Raftree began his career by learning how to play guitar and covering songs, with the influences of bands like Led Zeppelin and Van Halen. His failed attempts at making a band led him to take up vocals and venture out on his own. Finally in 2006, with the combined efforts of himself, bassist Scott Jackson and drummer Vincent Livolsi, they were able to release their EP titled “The Long Way.”

Through all their hard work, Raftree has had the opportunity to open up for artists like Drowning Pool, Adrenaline Mob, Killcode, Joe Lynn Turner, American Angel, Prophet, Leslie West & Uli Jon Roth. They also rank as #6 on Reverbnation’s The Union Charts.

Recently, Raftree has released the single – What I Say mixed by Stacy O’Dell (Killcode), recorded by John Seymour at Media51 (Alice in Chains, Santana) in association with George Roskos at Architekt Studios (Sevendust, Call Me No One). The band will also be releasing a four song EP to be released spring 2015 and will embark on a tour in its support. Stay on the lookout for these guys when they come to town!