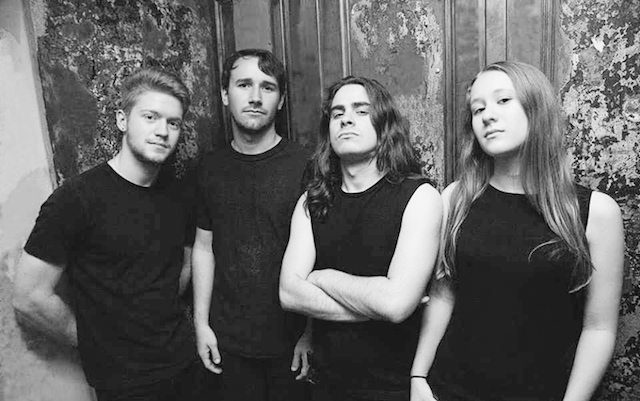 ShitKill is a Heavy Metal band from New York consisting of Josh Musto on guitar and vocals, Damien Moffitt on drums, Danny Chpatchev on guitar and Karina Rykman on bass. ShitKill is one of few bands fighting to bring back the good old sound of heavy metal and for this reason they are an Artist You Should Know.

The band formed in 2009, with influences ranging from Sepultura, Slayer, and Testament to Gojira, Sick Of It All, and Pantera. Since their inception, the band has had the opportunity to open up for heavy weights such as Twelve Foot Ninja, the Cro-Mags, Eyehategod and D.R.I. The bands raging aggression is so intense, it’ll stop anyone in their tracks. From Musto’s ripping vocals, to Moffitt’s drumming patterns, Chpatchev’s guitar riffs and Rykman’s heavy basslines, each member brings their own raw aggression to the band.

The bands brand new EP, “The New Breed” (2014) is now in regular rotation on SiriusXM Liquid Metal. The New Breed is filled with groove-metal tunes full of melodies and heavy breakdowns that’ll have you head-banging along ’til the very end. The title alone makes a statement, this is the new breed of heavy metal, and they’re not at all happy about the current trends in heavy music.

Not only are they ruthless, and in your face aggressive, but they are all incredibly talented individuals. Not to mention these guys (and gal) are all young 20 year-olds, so rest assured this is only the beginning and we’ll be hearing much more from them in the future. If you want to feel their aggression in person, check out/like their fb page for upcoming tour dates and get a taste by listening to their EP down below.

Check out the bands killer EP The New Breed:

ABOUT US
The Sound Live is a music website based in New York City and Austin, Texas. Focused on the underground music scene, our goal is to promote local music and support up and coming writers/photographers. For promotions, photography or marketing inquiries, contact us: thesoundliveofficial@gmail.com.
Contact us: thesoundliveofficial@gmail.com
© The Sound Live
MORE STORIES