Getting to Know: Fight Amp 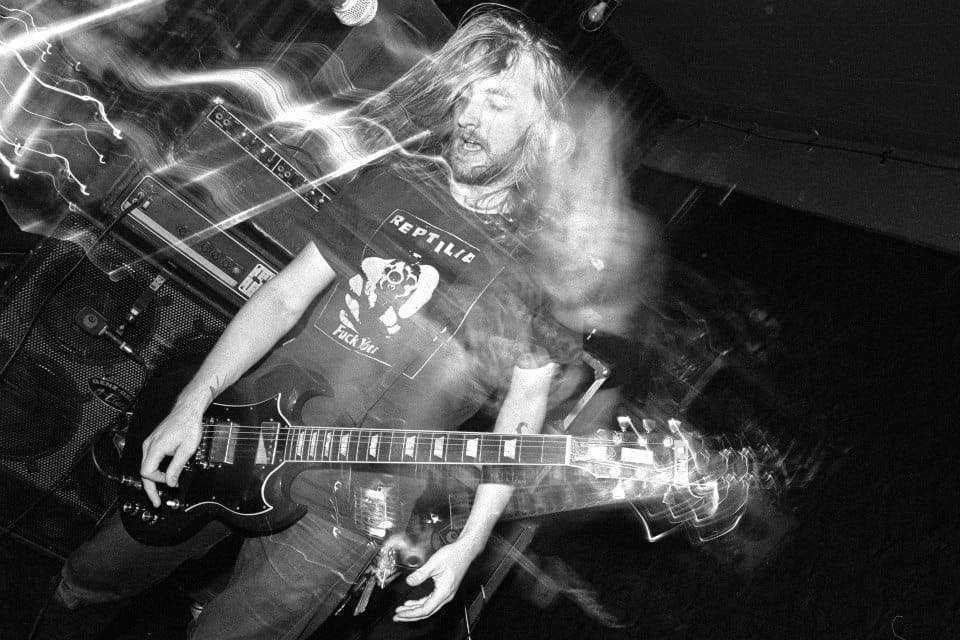 Fight Amp has been making a lot of noise lately; the underground heavy metal band from Philadelphia has recently snagged up an awesome gig, opening up for Eyehategod on their upcoming April tour dates. We were able to chat with Fight Amp lead singer Mike McGinnis in order to get a better feel of these guys.

TSL: For any of our readers who are not familiar with Fight Amp yet, could you tell them a brief overview of the band?

Mike: Sure. At this point it’s a big mashup of people’s own perception of what we do, so any summary we give is usually skewed by our own experience of having played in a heavy band for a while. I guess I’d best describe it as a loud, noisy punk rock power trio from Philadelphia. We use genre labels like noise rock and sludge punk sometimes, but honestly that’s for the listeners more than us, we try not to adhere to any genre allegiance, and those tags exist really for the easy compartmentalization people crave. We started touring in 2004 and put out our debut full length in 2008. We’ve amassed three full lengths, multiple splits with bands like Kowloon Walled City and Black Tusk, a couple EPs including our newest album ‘Constantly Off’, and played a ton of shows at this point after touring Europe and North America countless times with a bunch of great bands.

TSL: The bands latest record is titled “Constantly Off”, what exactly is constantly off?

Mike: Our bass player and vocalist Jon coined the term, and I think his hope was that it would mean something a little different to everyone as it’s a personal sentiment that I think a lot of people can relate to. But from our point of view, and I’m assuming others, it’s a reference to never quite nailing the game of life. Feeling imprisoned by societal pressures, coming of age, social norms, self doubt… Being off the mark for whatever you’re aiming for over and over again. And honestly, after having contemplated my own personal meaning, it makes a lot of sense to accept the fact that things will probably always be constantly off. I don’t think I’ve ever known anyone that has everything in it’s right place, and if they have, it doesn’t last very long.

TSL: What bands is Fight Amp’s sound influenced by?

Mike: We’re music nerds. We all have far-reaching tastes that go beyond heavy music. People often compare us to The Melvins, Unsane, The Jesus Lizard, Karp and contemporaries like Torche. We’re all fans of every single one of those bands and they’re all masters of their craft, but being fans of great song-writers in general that’s really just a piece of the puzzle. We’re incredibly influenced by Neil Young, Brian Eno, David Byrne, Albini, Live Skull and a lot of the early NYC noisy punk stuff, etc. I personally have an immense amount of respect for King Buzzo as a guitar player and songwriter and I’m very influenced by his process, so I do wear that one on my sleeve. But guys like Hendrix, Beefheart and Zappa have all influenced my guitar playing and song-writing as well. We try to just create our own sound by writing what comes to us naturally and it happens to align with a lot of the heavier bands that we’re fans of.

TSL: You guys are set to open up for EYEHATEGOD on their upcoming tour, how excited are you guys for that and how did the tour come about?

Mike: We’re obviously stoked. Speaking of influences, we’ve been EHG fans for longer than we can remember at this point, and the way they handle their band and catalog is something I personally look up to. They’re masters of their own path and an example of how to be a band with longevity. The tour came about after a one-off we had with them in Philly was rescheduled, and to me it’s a natural progression for us. The pairing makes a lot of sense. We’ve toured with a lot of southern sludge bands like Weedeater and Kylesa, and there are some obvious parallels between us and all of those bands, so we’re glad it all came together.

TSL: Grunge is an obvious influence on the bands sound and it clearly had a lot of emotional meaning to the fans that followed the genre. Lyrically and emotionally, what do you guys hope that fans take away from your music?

Mike: That’s a complex question with a complex answer. To keep it simple, I think the bands from the Pac NW that got scooped up into the grunge thing were all creating music that they and their fans were feeling a personal connection to, lyrically and musically. I think there’s an obvious line you can draw from the early bands in that scene to bands in the current noise rock/sludge/heavy punk scenes of today where there’s still nothing being falsely manufactured or pre-packaged for easy consumption, so people who crave that sort of thing are going to identify with it because they’re in a similar place in their lives to the people that are writing this stuff. As far as Fight Amp’s content, I hope people connect with it on their own level. There’s a broad range of socio-political material we have, and Constantly Off is very personal, honest, self-effacing and relate-able. We do not have a specific message and would never want to, because A) there’s no shortage of that already out there and B) what the fuck do we really know? We’re just working class dudes in a band.

TSL: Where can fans keep up with the bands latest announcements?

Mike: ‪www.fightamp.com or your preferred social media. Facebook probably gets the most updates, but either way we’re easy to find. Once a month I get an airplane to sky-write our latest news over Bayonne NJ but it doesn’t seem to be working well.

Thank you to Mike for taking his time to chat with us and we urge you to take a moment and check them out. Their music is available on both Spotify and iTunes. Also make sure to catch them live at the Saint Vitus on April 24th.