Getting to Know: SEE 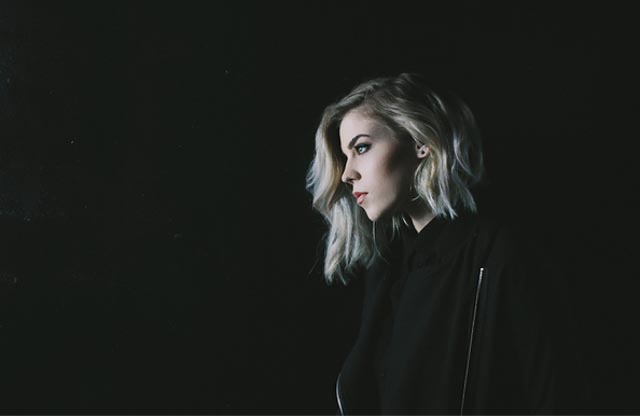 Up and coming pop singer SEE is a unique talent, mixing elements of both pop and alternative rock to pull away from being the conventional pop star. We had the opportunity to chat with SEE about her Arlene’s Grocery residency, her personal influences and her upcoming debut album.

TSL: I know you’re a NY native and you’re now wrapping up your Arlene’s Grocery residency in NYC, how was that for you?

SEE: It was fantastic! I’ve had a bunch of people coming out, and lots of friends and family who have been waiting to see my perform with the full band. Arlenes is such a great venue and really provides new artists with a great stage and platform. It’s also in the coolest part of the city so after the gig everyone is able to hang out and explore the area.

TSL: Your EP is titled Ties and the single “Potions” now has over 700k views on youtube! What was your goal both lyrically and musically for Ties? What was the inspiration behind the music video for “Potions”?

SEE: I think both lyrically and musically I really wanted to stay true to myself and my emotions. I had been having this back and forth for a few years between pure pop music or indie rock and I think I was finally able to get a good blend of the two and it feels very honest and very “me”. As for the music video for “Potions” I was wanting to showcase a genuine relationship between two girls because we hardly have any representation without it being some sort of forbidden or secretive relationship.

TSL: You’re a multi-instrumentalist, being able to play drums, guitar, bass, and piano among others. You’re also only 20 years old- that’s amazing! How does one find the time to learn so many instruments? What drove you to learn how to play so many?

SEE: Thank you! I mean my parents didn’t want to pay for cable TV so maybe that helped? In all honesty I have always had this pull towards music and I wanted to know how to write and play every aspect of a song and do it on my own. When you put your mind to something it isn’t that difficult to learn.

TSL: Your sound is a very modern mix of pop with hints of alternative and indie rock, what artists do you pull your inspiration from?

SEE: Definitely a ton of different artists. Certainly Radiohead, Coldplay, Marina and the Diamonds, Moving Mountains, Florence and the Machine, Fleetwood Mac. I just love any music with great songwriting and I also have a big pull towards ambient sounds.

TSL: If there is an artist whose career you could emulate, who’s would it be?

SEE: Honestly none in particular. I’m kinda looking to just do my own thing and let it take me where it will.

TSL: You’re such a young, ambitious and talented artist, where do you see yourself a year from now?

SEE: I’m hoping to be playing some decently sized venues in the next year and really just building my fanbase. I’m really excited to hit the ground hard with touring this year because I’ve never done it before!

TSL: What is your long term plan?

SEE: My long term plan is to have a successful music performance career for the next 10 years or so and then I would love to go into producing and songwriting for other artists once I’m older. I’d even be happy doing that right now but I had this feeling that I should try it for myself first.

TSL: Are there any future tours in the works? When do you plan on releasing your debut album?

SEE: We’re currently planning a lot of shows at the moment, but nothing major that I can speak on. I would love to release my debut within the next year or so but we’ll see what happens!

TSL: Where can fans keep up with your updates?

SEE: They can all find me on Instagram, Twitter @eyespysee , www.facebook.com/eyespysee , and eyespysee.com. Thanks for having me!

We want to thank SEE for taking the time to speak with us, and now you can check out her video for her single “Potions” down below: