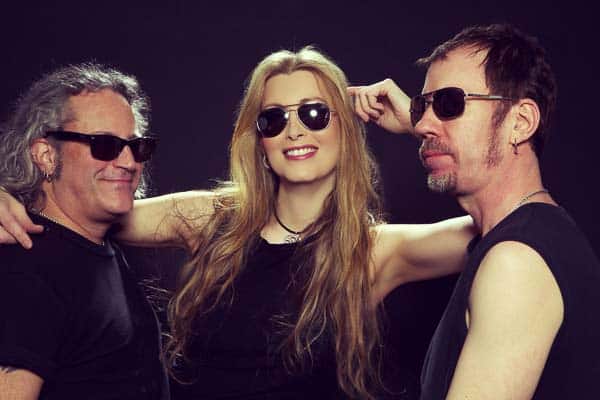 The underground rockers Thornes are celebrating their latest video release titled “Lip Service” with a string of tour dates and a big announcement to come soon. If you are not familiar with the band, read our interview below where we had the chance to chat with the band on their history, upcoming events and their brand new music video for “Lip Service.”

TSL : How would describe the bands sound?

Thornes: Our sound is melodic hard rock with an emphasis on vocals, we have been described as Heart Meets Tool with a liberal sprinkling of Led Zeppelin.

TSL: What inspired you three to form Thornes?

Thornes: Music is a creative outlet for the three of us and most of the influences that initially made us pick up an instrument or a microphone still drive us to be as good as they are or were.

TSL: Has Thornes released any albums and/or EP’s?

TSL: The bands latest single is titled “Lip Service.” What is the meaning of the title?

Thornes: Lip Service is about empowerment and how people may criticize what you are doing or how you choose to live your life, they want to see you fail and its about not listening to their “Lip Service” and doing things as the song says “my own way.”

TSL: Is the single a hint for an upcoming album?
Thornes: Lip Service will be part of an upcoming EP.

TSL: Thornes formed in 2011, how has the band progressed over the last 5 years?

Thornes: Thornes has evolved quite a bit since its inception in 2011, going through several members and from a four piece to our current three-piece line up in 2015. It took a long time to find band members who were on the same page musically and personally, you have to gel both musically and personally. It’s very much like a relationship in that sense.

TSL: What are some of the future plans for Thornes?
Thornes: Our immediate plans are to record two more songs for a physical EP release in the coming months, more shows are planned as well as a HUGE one that we just confirmed but can’t tell you about yet!

Beyond that the usual; fame, fortune a billion likes on Facebook, global domination!

TSL: Where can readers purchase tickets to the shows?
Thornes: Tickets for our shows are either available directly from the band via our Facebook page or via our online store wwww.bigcartlel/thornesrocks.

We want to give a big thank you to Thornes for taking their time to chat with us and now you can check out their music video for the very catchy, “Lip Service.”