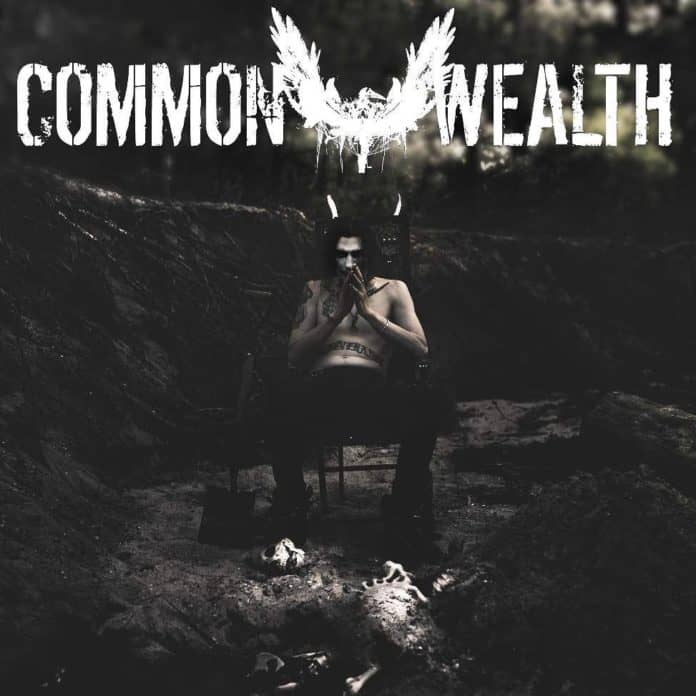 New Jersey based metal band Common Wealth have wrapped up their first full-length record and are in the process of setting a release date. We chatted with lead singer Christian Carson regarding the album’s inspiration, working with Chris Pennie from Coheed and Cambria, and the album’s title.

The Sound Live: Congratulations on your first full-length record! You guys will be dropping a new single off of the album; can you talk a little bit about it?

Christian Carson: The single we’ve decided to drop leading up to the record release is a very special one. It’s actually a re-make/cover of a very classic tune. I felt that with a lot of what’s taking place in the world currently the song was very, very fitting. It’s an idea I’ve been toying around with and had on my mind for some time, it just seemed like a natural time to record the track at this point and release it as part of this debut album. As of right now we’re still keeping the title and exactly which song it is under wraps until it gets a bit closer to its release, which is looking like right before Christmas/the New Year. Once we get a little bit closer to the release we will unveil the title and full details of the song.

TSL: I know the featured drummer on the track is Chris Pennie, the former drummer of Coheed & Cambria as well as the founder member of The Dillinger Escape Plan; how do you guys know Chris? How did his participation in the song come about?

CC: Yes, that’s true…Chris Pennie is guesting on not only this track but a few tracks on the upcoming album. Chris is a great guy, friend and excellent drummer/musician. I’ve been close with Chris since shortly before the release of our single “Pull Me Through” a couple of years back. Chris has a mutual friend of ours, someone we’ve worked with for many years, one of our engineers and good friends Pat Noon of Trax East/Eight Sixteen Recording studio. Pat is engineering the upcoming single as well. Chris and I connected through Pat while working on our past single “Pull Me Through” and Chris did a lot of the electronic work on that track and the orchestrated work on it. Ever since then we’ve been pretty tight and enjoy working together when the opportunity arises. When the recording process on the current upcoming single was getting started, Chris was a very natural choice to go to for the drum track, he was very familiar with the song I chose and I knew he could really deliver what the track needed.

TSL: You stated that the song has a lot to do with current world events; can you speak more on that? Are there specific events that influenced you? What do you feel the song represents in the midst of these times?

CC: The track we chose to do is a song about gun violence and the impact it can have on families and with all the mass shootings happening today, it just seems like it’s really a time to start reflecting on what’s going on here and why this continues to happen. Why there has to be active shooter drills in schools now across the country. It’s kind of crazy to think it has come to that but it has. Are we going backwards? I’m not sure. I can completely understand taking precautions and having a plan in place but I think we need to really question what’s really going on here. With a portion of the proceeds from this track, we will donate it to a select charity that helps families impacted by gun violence. We also want to be clear that with this song were not saying our stance on guns is that we shouldn’t have the right to own them; I personally feel very strongly that you should have the right to bear arms. I just really hope that the track can help some of the families affected and to make people question more of where the root of this problem lies and why it’s happening. If we can help some of these people affected by this, make people a bit more aware and to question, then we’ve succeeded.

TSL: Is the album a concept album? Is there a message you feel the album as a whole gives to listeners?

CC: Yes, the title of the upcoming album is going to be “NEVER THE LESS.” N.T.L is a title that’s been bouncing around in my head for some time and that I felt really strongly about for some time. To me it takes on a few different meanings but gives people, I think, a pretty solid clue on what I was thinking when I chose it. It has to do with perseverance and never giving up and always giving your best at what you do. Something that in my life, I’ve definitely tried to keep a key part and remember. While recording the album I had asked fans on social media to send us in some titles to help name the record, and got an unbelievable response and an amazing amount of titles sent in, with some really, really cool ones, but “Never The Less” just seemed too fitting and for some reason just kept outweighing the rest. But I definitely intend to keep a lot of the sent in titles on file for possible song titles or future album titles. I wouldn’t say it’s a concept record but with the title in mind it definitely has a whole list of tracks that hopefully can inspire or help someone through a time in their life and connects with them on any type of level. There’s so much there, and really shows a bit more of what I have to offer as a song writer.

TSL: Are there any artists that influenced you during the production of the album? If so, in what ways?

CC: There’s so, so much that gives me inspiration and so many artist that have influenced me over the years production wise, but we also have started to really develop our own sound so while keeping certain things in mind I like to hear on a production level or have maybe really dug off another artists album, I like to still give myself the freedom of not really giving our stuff any boundaries in the studio and kind of letting just CW be CW but we definitely always go for power but most important just giving the track what it calls for at the time and what it needs production wise, and calls for without getting in its way. 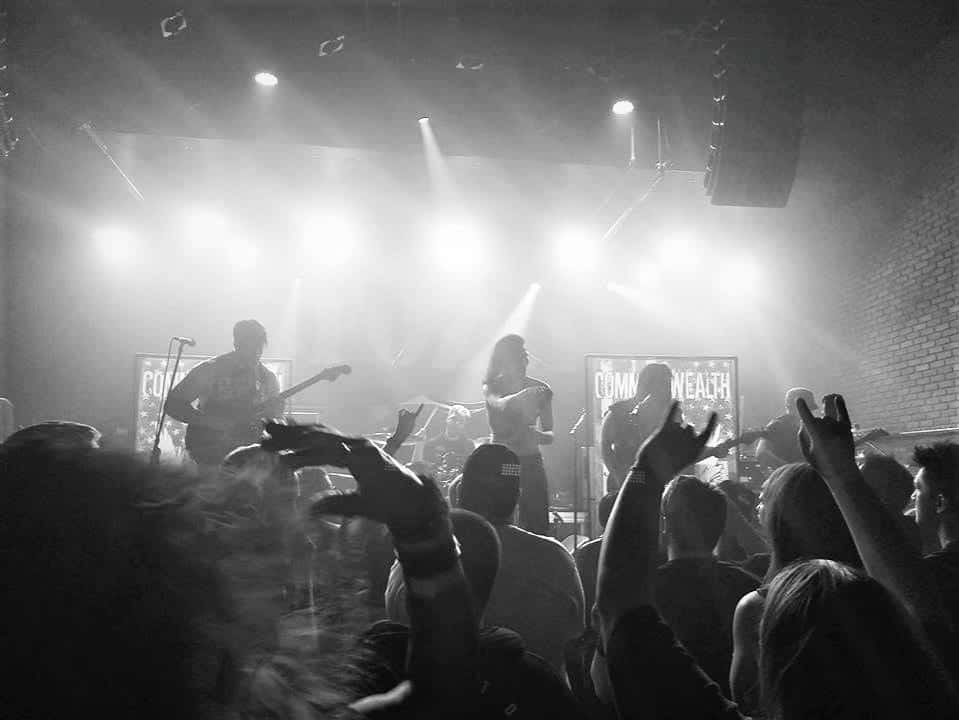 TSL: Are you guys planning on touring in support of the album? Any shows in the tri-state area?

CC: We are definitely planning on touring in support of the record. Right now with the release looking like it’ll be sometime in the spring of 2019 you can expect some late spring and summer touring to happen. There will be live dates announced as the record is released but we plan on trying to hit as much as we can in the US with of course some tri state area shows thrown in there for sure. We really hope to meet a ton of new faces and supporters with this release, as we make our rounds, to help us continue to #spreadthewealth! See you guys out there!

We want to thank Christian Carson for taking the time to talk to us and we hope you all stay posted for their upcoming tour announcements and the release of “Never The Less.” 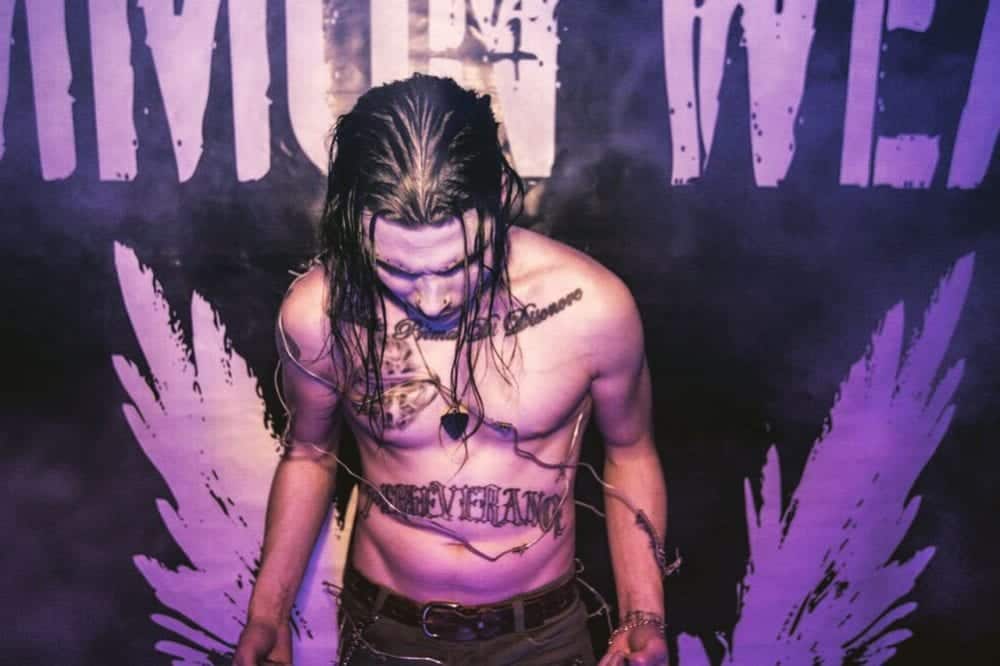 *** The perspectives and opinions shared in this interview do NOT reflect those of the interviewer, writers/contributors or TSL as a whole. ***