Why The Music Industry Speaking Up On Recent Events Is Huge 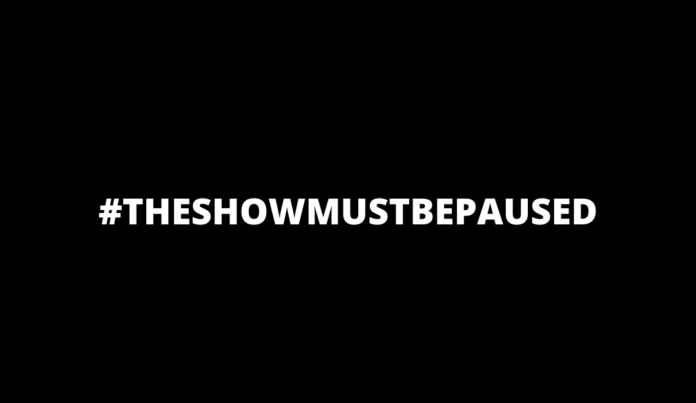 For so long we’ve heard artists and bands do their best to avoid political questions or “siding” with one political group over another, something that is obviously done in fear that they will lose fans, which equals to losing support/money, and thus may result in them being penalized or even released from record labels. However, these are different times.

While before we would only see bands who have established their musical career upon political agendas speak up, bands such as Rage Against the Machine, System of A Down or Public Enemy, many in the music industry today are announcing what they are calling “Music Industry Black Out Tuesday,” where they will take a day off from work on Tuesday 6/2 to “provoke accountability and change.” The initiative was created by Jamila Thomas and Brianna Agyemang, two black women in the music industry. 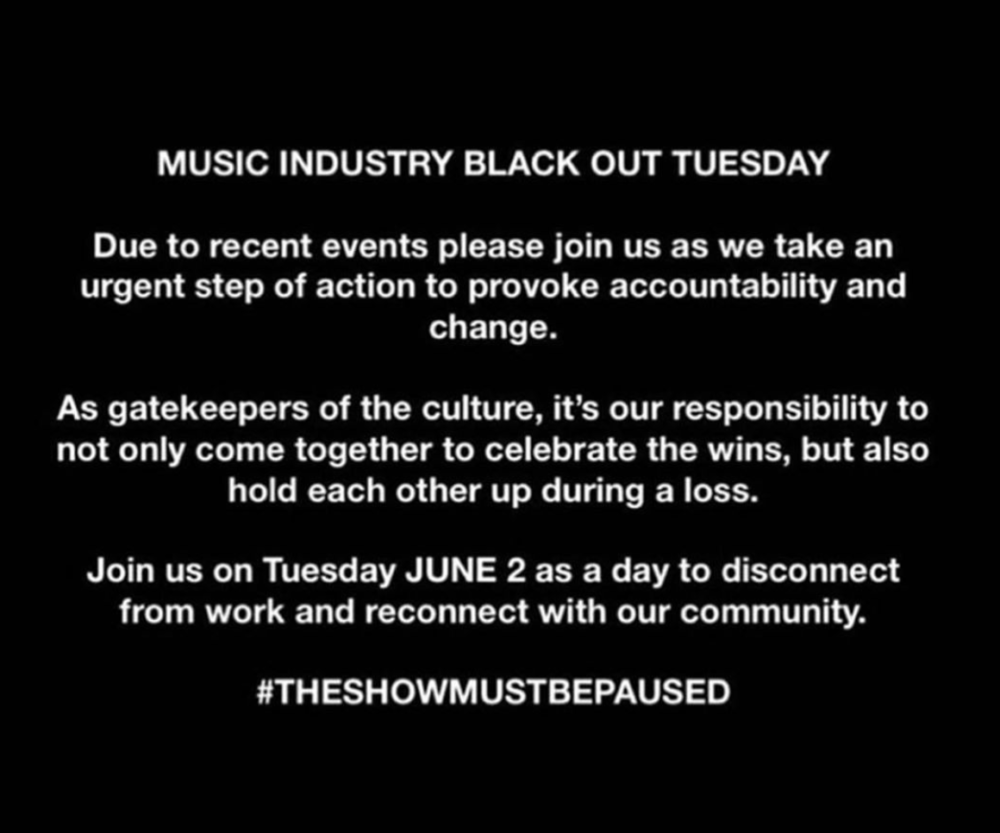 The past three months have found the music industry in shambles, and as if mourning from the incredible loss that COVID-19 has brought onto the world wasn’t enough, this past week brought on even more tragedy. The video footage of the murder of George Floyd at the hands of a police officer quickly circulated the world and has resulted in increased outrage at the undeniable forms of oppression that black people suffer in the United States.

Riots have taken place over the past few days in major cities such as New York City, Atlanta, Minneapolis, and Austin. The anger, passion and overall solidarity amongst people from all over the world have brought on visibility to this tragedy in a way that has never been seen before. So much so, that even the music industry has begun to encourage a campaign titled #THESHOWMUSTBESTOPPED in order to draw attention to the injustices the black community faces.

Artists who have supported the movement include Massive Attack who states, “the gravity of the situation needs the silence to be deafening.” 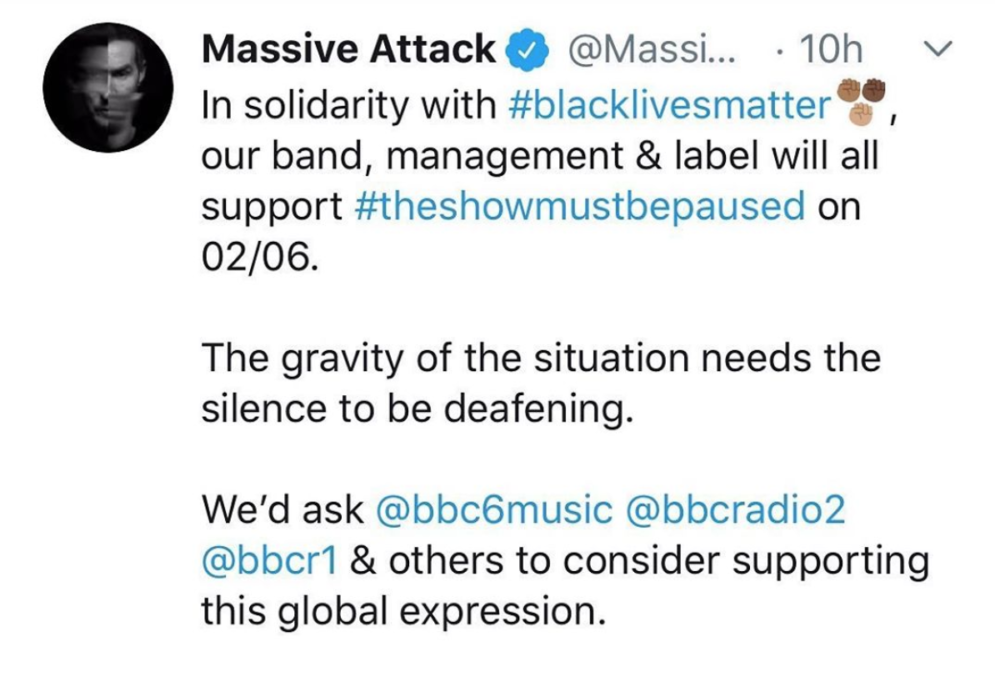 For once, it seems that the music industry is putting human lives in front of marketing and monetary priorities, and has begun to engage in political conversation publicly. I would like to think that this is the start of something new and that going forward, the music industry will stop silencing artists and bands, as well as take a chance in giving political statements even if just to show respect to those who have lost their lives at the hands of injustice.

As stated by Massive Attack, the showing of solidarity emphasizes the severity of the events that we have witnessed in the past few days. That the injustices are so obvious and undeniable, that everyone feels the need to do their part in speaking up. The music industry speaking up as a whole is something that is rarely done, particularly when it pertains to political events. While this is a win for progressive music fans, this should not be an isolated political act, as it is sure to inflict major change on the perspectives of all music fans, as well as on the music industry itself.