A Perfect Circle Release New Song ” So Long, And Thanks For All The Fish” 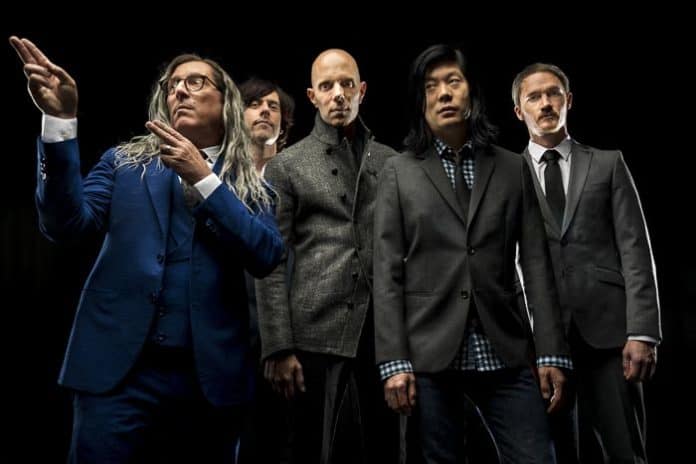 A Perfect Circle are back with a new song titled “So Long, And Thanks For All The Fish.” The track is released just a few days before the release of their much anticipated return album, Eat The Elephant (April 20, BMG).

On the album, Maynard James Keenan shares, “We all cope with the absurd in our own manner… The Italian side of me produces and shares wine with friends in order to feel grounded and connected in the midst of all the madness. But once the wine is gone, the drunk and sarcastic Irish side of me goes straight for the unreasonable jugular. #comedyfirstandalways.”

A Perfect Circle will be performing on Jimmy Kimmel Live on April 23rd. Eat The Elephant pre-orders, which offer instant downloads of “So Long, And Thanks For All The Fish,” “TalkTalk”, “Disillusioned” and “The Doomed” are available now.