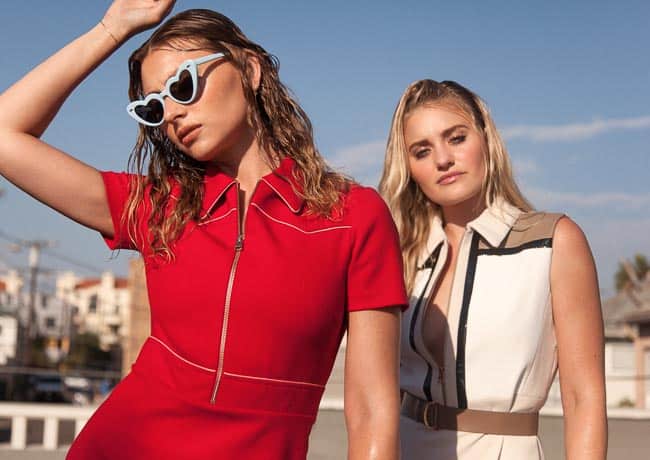 Aly and AJ are back! The beloved Disney stars are back after a 10 year hiatus with brand new music. Their forthcoming EP appropriately titled 10 Years is due for release on November 17th, 2017.

Many questioned why the sister duo dropped out the publics eye after a successful music career. Their 2005 gold certified debut record, Into The Rush debuted at number 36 on the Billboard charts. On the topic, the sisters state:

“Aly and I felt personally discouraged by music in general,” explains AJ on their time away from songwriting. “We still had so much to prove to people, even though we had made a mark in the industry. It honestly was overwhelming,” she adds.

After connecting with music industry veteran, Mike Elizondo (of Dr. Dre and Eminem ilk), the sisters began collaborating with Jamie Sierota (former member of Echosmith) & Ryan Spraker, their senses for music were re-awakened. With the new writing sessions, the sisters had a newfound sense of discovery and – as Aly puts it, “music became our friend again.”

“People have been wondering what took so long – and it sounds horrible – but music became an enemy to be honest. We were scared to write, we didn’t like what was coming out of our instruments – it felt like we weren’t going anywhere,” adds Aly.

Their comeback has been welcomed with arms wide open, as their new track “Take Me” has received critical acclaim from Billboard, Entertainment Weekly, Allure, Buzzfeed and more.

On the new music, AJ states: “We’re being authentic to ourselves,”.. “If this is just the start, you should stick around to see what happens.”