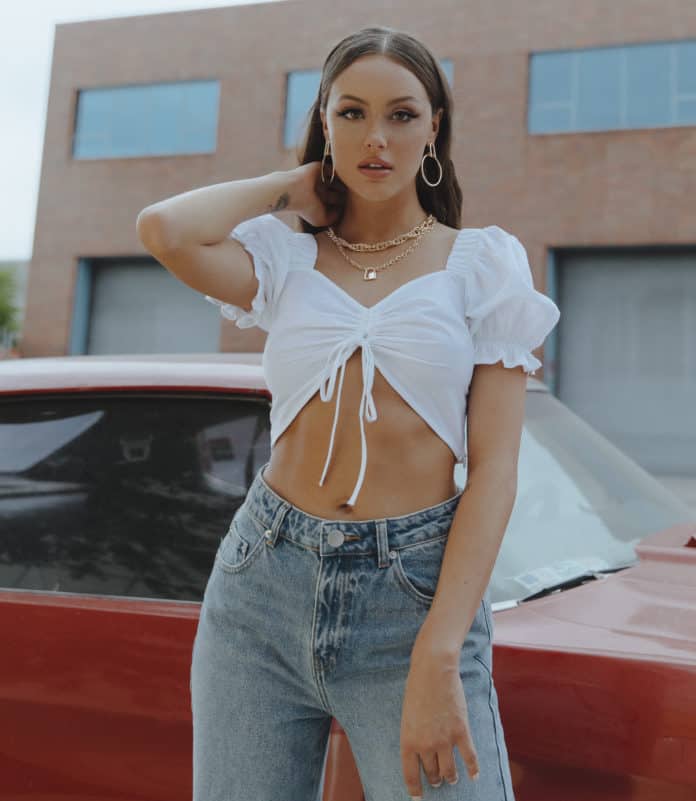 Bailey Bryan returns with the release of a music video for the single “Watered Down” off of her recently released EP Perspective.

Bailey reflected on the creative process behind the video stating,

“From the time I wrote this song, I wanted to sing it in an empty swimming pool. I saw visuals of fire and whiskey and other human faces struggling to find their confidence the way I was when I had this idea… The swimming pool is empty because my voice and my confidence and I take up enough space as it is. And if that makes me “too much”, that’s fine with me. The best people and things in life are gritty and potent, and unforgettable and maybe not for everybody, so my goal with this music video was just to create moments that captures the pain and the power that I find in that sentiment.”

A Washington State native, Bailey Bryan burst onto the scene with her instantaneous 2017 debut So Far. The four-song collection gained her immediate critical acclaim and landed her on Rolling Stone and Entertainment Weekly’s “Artist You Need To Know” lists. She has over 25 Million streams to date across her catalogue and has reached over 200,000 total playlist listeners.

On Perspective, Rolling Stone says it’s an “unapologetic modern-pop project that captures an artist indulging her undiluted instincts” while American Songwriter championed that the collection “marks the entry of a poised and promising new artist.”

Bryan recently wrapped her intimate headlining PERSPECTIVE TOUR, as well as opening slots with LIZZO at the end of 2019. To follow updates on new music, visit www.baileybryan.com.