New Jersey based metal/hard rock quintet Common Wealth stomped into the live scene only a little over a year ago and have already gained quite a reputation amongst hard rock and metal fans. They have continued to grow their supportive community with every stop they make and are now set to release the follow up to their debut “Cut This Deep”, which was released on April 2015. “Cut This Deep” was only an introduction to this new cryptic looking metal band from the pits of New Jersey, now “Mend The Pieces” will mark the second video release we see from the band. Common Wealth have already teased fans with a short 17-second teaser on Instagram and Facebook. We reached out to the guys of Common Wealth to find out the band’s motivation and inspiration behind their new release:

C.W.: With this new single/video we really wanted to try and outdo ourselves, both sonically and visually. Our first video was more of a performance video. “Lets stick the band in a cool place and shoot”, but with this one the process was definitely longer and involved a lot more people. We worked with our same friend that did the first one, a great director and videographer named Austin Hein. He does great work and we have a great, creative relationship with him, we feel he really gets the band and how we’re trying to come across. He did a great job on this one as well and helped to connect the dots, so to speak, with where we wanted to take the viewer/listener. This song “Mend The Pieces” is really a battle cry for change, or having people question what’s really important. We wanted to get across the concept, without being too political, that we need to question certain “beliefs” that are seeded into us as children. Basically we’re holding up a mirror to society, showing you, the viewer or listener, what is being shoved in the faces of people from birth. Things like sex, drugs, money, and violence. We’re kind of making the viewer take a look at the society we’re living in and question our real sense of freedom. Are you really “free” in society if you’re being steered and manipulated in a certain direction? We want people to embrace their individuality and question things they don’t understand. “Mend The Pieces” is us asking, can we fix what’s been “broken”? 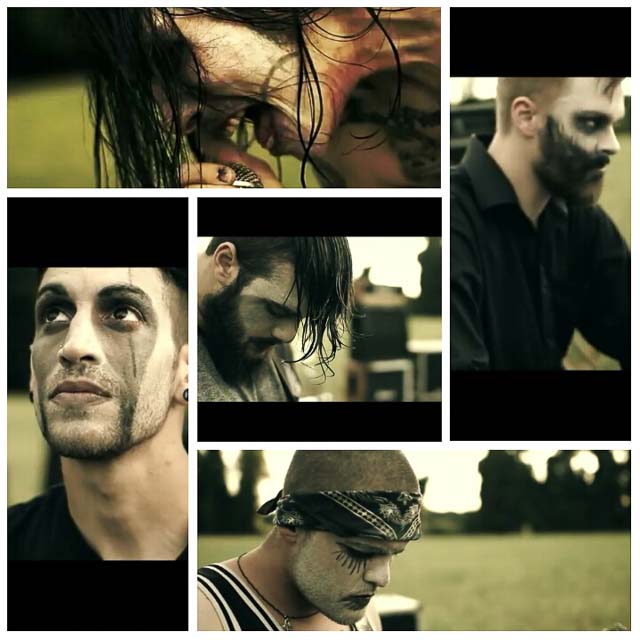 Along with this new release “Mend The Pieces” the band is going to have some awesome giveaways for fans! If you share the final released video to your page or a friends via Facebook with the #spreadthewealth you’ll be automatically entered in a contest to win a signed Fender guitar, along with a t-shirt and poster! “Mend The Pieces” exact release date has not been announced yet but the band has teased saying it’s “very, very close to being dropped.” We’re ready for it! “Mend The Pieces” is set to be released on all major digital distribution platforms such as amazon, iTunes, Spotify, X-box music, GooglePlay, CD & tons more! Be sure to keep up with all things “WEALTH” at all their sites listed below! 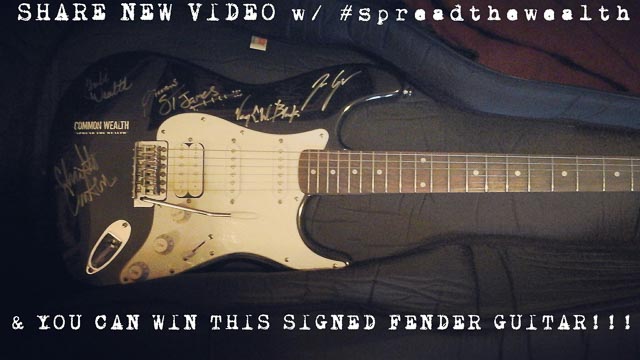