FIGHTING BACK WITH MUSIC: Taking Back Sunday’s John Nolan and Friends Compile Music For Everyone 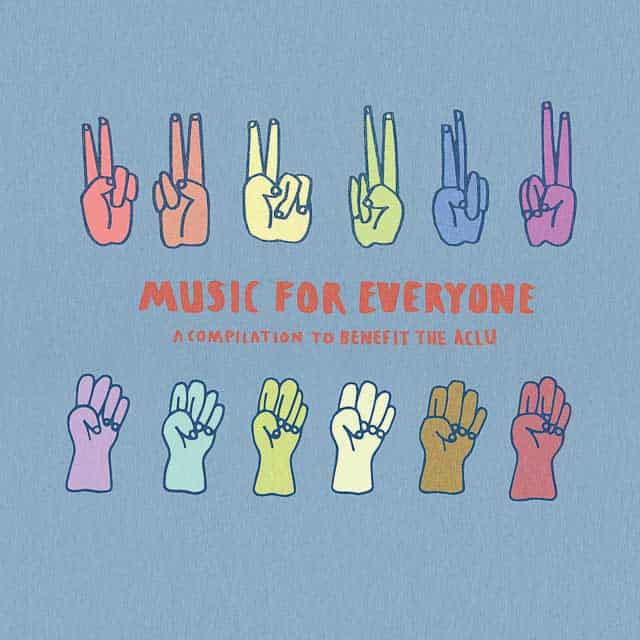 “During these next four years, I feel it’s going to be extremely important to support organizations that will stand up to the Trump administration,” says John Nolan, guitarist for alt-rock band Taking Back Sunday about the incoming Presidential administration headed by Donald J. Trump.  Nolan is now joining forces with indie label Collective Confusion Records and Hopeless Records’ charity arm Sub City to assemble MUSIC FOR EVERYONE, a compilation of musicians and artists who are equally empowered to take action and which will be released this Spring 2017.

100% of the profits made from the sale of the compilation will be donated to American Civil Liberties Union (ACLU), a nonpartisan, non-profit whose mission statement is to defend, uphold and preserve rights and liberties of individuals in this country granted by the U.S. Constitution. “In the next four years, there is a lot of potential to see policies that will discriminate against people of color, Muslims, women and the LGBT community,” explains Nolan. “The ACLU has a long history of fighting discriminatory and unconstitutional policies and I wanted to do something to unite people in support of that fight.”

“Helping musicians connect with fans to raise funds for important organizations, like the ACLU, is at the heart of everything we do at Sub City, so we are thrilled that our friend John Nolan asked us to be a part of bringing this incredible compilation to life,” said Louis Posen, President of Hopeless Records and Sub City non-profit.

Mike Colleran of Collective Confusion Records adds, “John [Nolan] and I had spent some time on the road together last summer during the primaries, and we were glued to the news the entire trip. I personally was shocked and saddened about some of the rhetoric that was slowly becoming more mainstream. There has been a toxic atmosphere to the political climate for years, which only seems to be getting worse. After the election, John approached me about putting together this compilation and I realized it was up to everyone, as average citizens, to do what they can to make their voices heard and to stand up and make it known that these ideas don’t represent us. I jumped on board with the project immediately, and I hope it will do some small part in making our country a better place for everyone.”

“I also wanted to give artists an opportunity to express something about what’s gone on in this country over the past year and what’s coming in the next ones,” concludes Nolan. “I needed that for myself and wanted to connect with other people who needed it. And I wanted to take that need for self-expression and channel it into something bigger than all of us.”

Music For Everyone will be released Spring 2017 via Collective Confusion Records/Sub City.  For pre-order information, please go to: https://www.musicforeveryone.us/

To read more on the ACLU’s commitment to stand up for human rights in the wake of the recent election: https://www.aclu.org/news/aclu-statement-donald-trumps-election

Established in 1999, Sub City is the 501(c)(3) charity arm of Hopeless Records. It has raised over 2.3 million dollars for over 60 non-profit organizations by connecting bands and fans to causes they are passionate about. Sub City has been recognized for its efforts by the 110th U.S. Congress, the California Senate, the Los Angeles City Council, the National Association of Retail Merchandisers (NARM), Billboard Magazine, Alternative Press Magazine, the Los Angeles Times and many other publications.

Collective Confusion Records was founded in New York City in 2010 as an outlet for a frustrated music fan to help his favorite bands get a leg up on the competition. In recent years, Collective Confusion has grown from a passion project to a socially conscious one as well, releasing two charity records Call To Arms 1 and 2 for various charities. Collective Confusion in the years to come will continue to further this mission and bring you music we believe deserves to be heard, and fight for the causes worth fighting for.