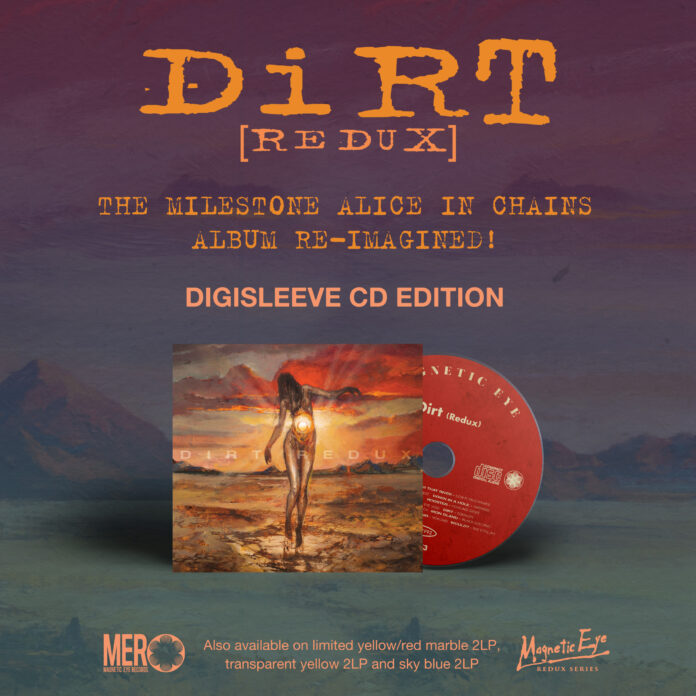 Magnetic Eye has released the first single from Dirt [Redux]. Colorado-based doom metal quartet Khemmis chose ‘Down In A Hole’, originally the fourth track on Alice In Chains’ 1992 classic, of which guitarist and singer Ben Hutcherson says:

I’ve loved this band since I discovered grunge and hard rock in my early teens. When we were presented with the opportunity to cover my favorite song from one of my favorite bands, I checked a pretty big item off of my bucket list. It’s an honor to take such a powerful piece of music and reimagine it through the creative lens of this band. We knew we wanted to stay true to parts of the son, particularly the chorus but that we also needed to make it our own. alice in Chains has long been one of the most important bands in my life. Though they’re (understandably) associated with the seattle grunge scene, their music carries a visceral heft that, for me, wasn’t present for the other bands of that music world. “Dirt” was, and remains a landmark album of bleakness paired with incredible songwriting, and “Down in a Hole” was one of the first songs I learned to play on my dad’s old Takamine acoustic guitar back in ’98 or ’99. The fact that a song like that works as well, if not better, on an acoustic guitar as on distorted electric guitar is a testament to the power of what those four guys created together.

The album is made up of Alice in Chains covers by a variety of different bands; the full track listing is included below and will be released on September 8th, 2020.