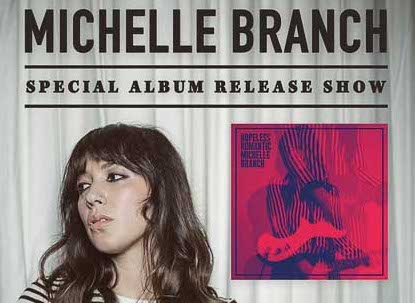 Known for her early 2000 pop hits like “Everywhere”, singer-songwriter Michelle Branch is back with a brand new album titled Hopeless Romantic via Verve Records on April 7th. In celebration, Branch will be having an album release party at Webster Hall’s The Marlin Room the very same night. 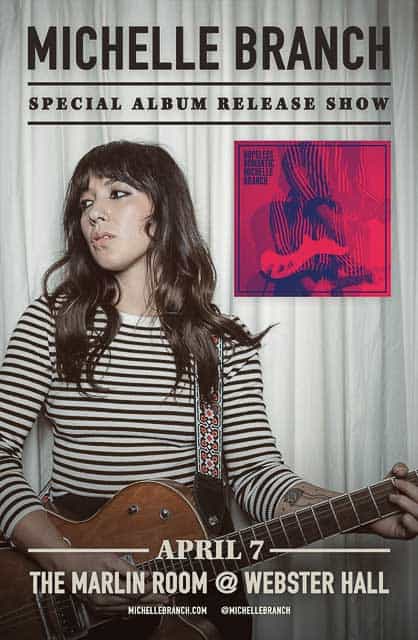 Having been 18 years since her very first release caught the ears of millions in 1999, Branch is all grown up and ready to for a third album release. After having gone through a divorce, rediscovering love and herself, the album is expected to deal with heavy emotions dealing with divorce and new found love. The album is said to have a “laid back, rock & roll sound” having been partially written and produced by Branch’s partner, Patrick Carney of The Black Keys.
Hear her latest single single, “Best You Ever.”