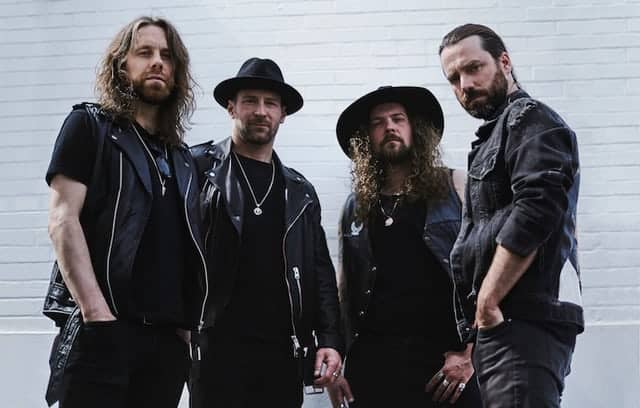 Canadian rockers Monster Truck are back and set to release their new album titled “True Rockers” on September 14th via Mascot Records. The band has received positive reviews for their previous releases, albums Furiosity (2013) and Sittin’ Heavy (2016). Furiosity led them to open up for Alter Bridge and a space on Heavy Montreal’s 2014 festival.

After the release of Sittin’ Heavy, the band went on a 150 tour date tour which included arena shows with Nickelback, Billy Talent and the final ever Deep Purple Tour. The new album stays true to the bands hard-rock, party roots. Lead singer Jon Harvey states: “We want people to listen to it and have fun, have as much fun as possible.” “Yeah, that’s what I was gonna say too,” adds guitarist Jeremy Widerman. “I mean right off the beginning of the album you hear me scream at Marv. That just kicks off the entire vibe of the album. Us in a room, having fun, joking and yelling at each other.”

The album opener “True Rocker” features Mr. I Wanna Rock himself, Dee Snider. Harvey states, “He’s a true rocker, who’s more perfect than Dee Snider?” The album also features collaborations with award winning producers Gavin Brown and Maia Davies. For a sneak peak at the upcoming album, check out their song “Evolution” down below. For all other Monster Truck updates, make sure to follow their Facebook book page here.