NYC is one of the greatest places to be in if you’re a musician, and that’s because with endless amount of venues equals endless amount of opportunities to perform. If you’re a fan, it only means you have numerous places to enjoy a good show. This upcoming week will be no different, as it is filled with some very special shows by some prominent underground rock bands in NYC. 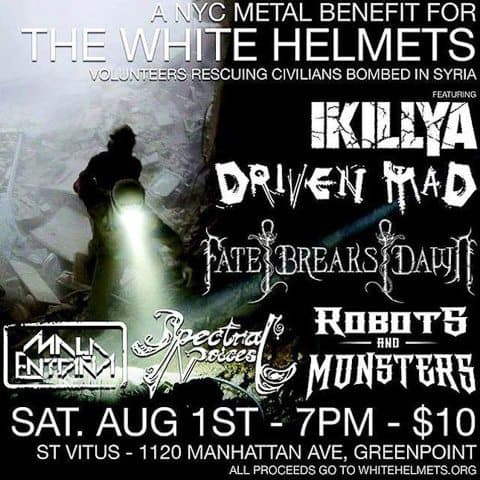 Underground Metal favorites IKILLYA and Driven Mad joined forces to create this very special event in support of a good cause. All of the show’s proceeds are going a non-profit organization, The White Helmets, who risk their lives in Syria to help those injured near bomb attacks. Fellow metal bands Spectral Voices, Fate Breaks Dawn, Robots and Monsters and Mala Entraña will be also be performing. 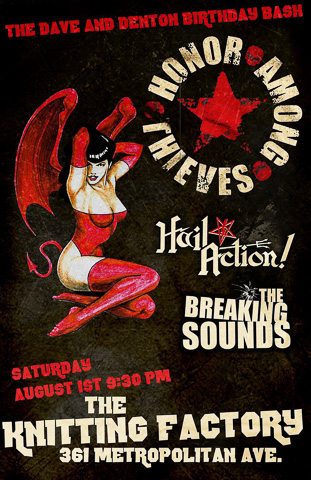 Honor Among Thieves (one of our Artists You Should Know) is headlining The Knitting Factory in Brooklyn with fellow underground rock bands Hail Action and The Breaking Sounds. 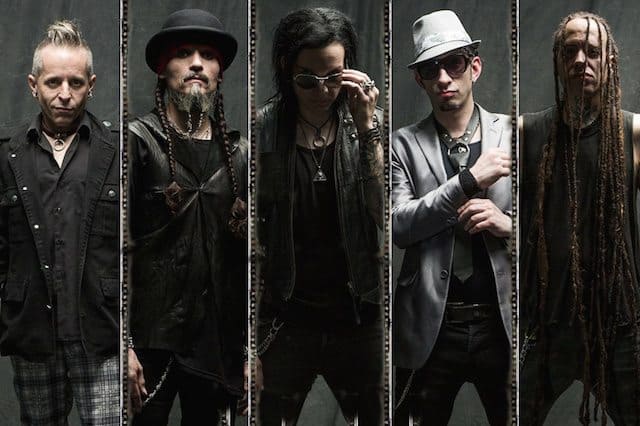 The Return of Panzie*! at Arlenes Grocery with Audio Empire, Dead Rocking Horse, and Snake Canyon

After a long haitus, Panzie* has returned with a new lead singer, ready to regain fans in the underground rock world. They’ll also be accompanied by bands Audio Empire, Dead Rocking Horse and Snake Canyon.