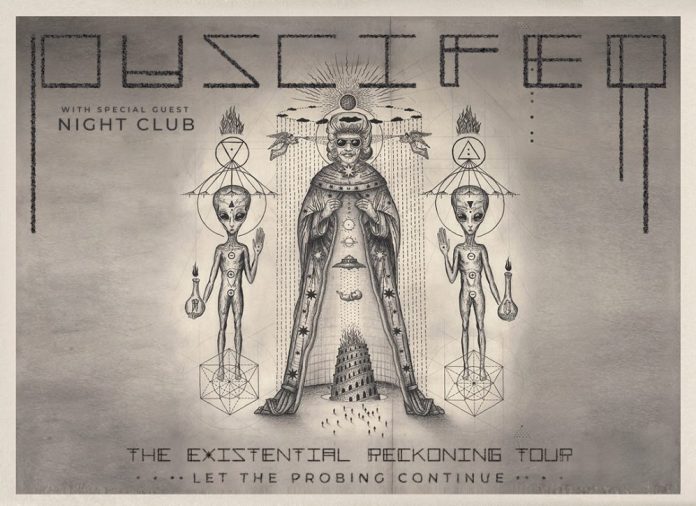 Puscifer have assembled the band’s most personal collection of remixers to date for “Existential Reckoning: Rewired” due out December 9th.

On the record, Mat Mitchell states, “Existential Reckoning: Rewired is a dataset of revoiced and reassembled orchestrations by friends and members of the larger Pusciforce family.”

“Sometimes it’s just fun to break stuff,” says Maynard James Keenan. “Then you latch on to one familiar piece and build something entirely new.”

Existential Reckoning: Rewired pre-order details will be available soon. The album is also the debut release for the BETA launch of the Revolver Icons series. The Icons series feature six hand-numbered, 180-gram vinyl variants of the album, ranging from editions of 1 to 1000, with the limited-edition release including an NFT featuring 360-degree motion album art, and an embedded, scannable NFC tag that has full details on the edition.