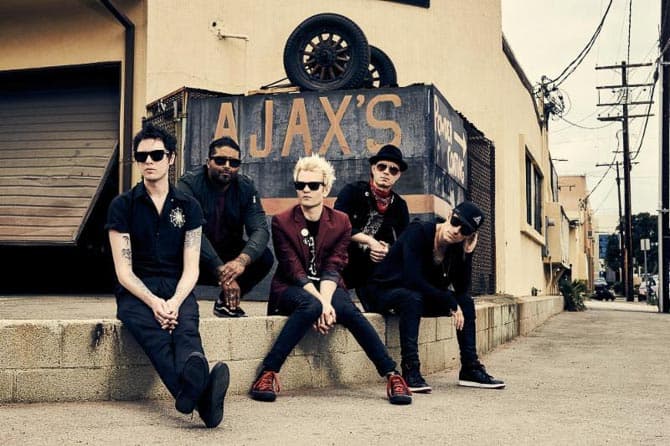 Adored pop-punk band Sum 41 will be embarking on a North American tour celebrating the 15th anniversary of their second album “Does This Look Infected?” The tour will kick off on April 27th in San Francisco and touch down on cities like Dallas, Fort Lauderdale and New York City.

About the tour, lead singer Deryck Whibley states, “This year was meant to be spent working on new music and I hadn’t even realized that it was the 15 Year anniversary of ‘Does This Look Infected?’. Out of nowhere we started to receive messages from fans asking us to do another DTLI anniversary tour…and when the fans call, we go. This time around is going to be even more special because we have Dave “Brown Sound” Baksh with us! So back by popular demand, we’ll see you on the road this April!” 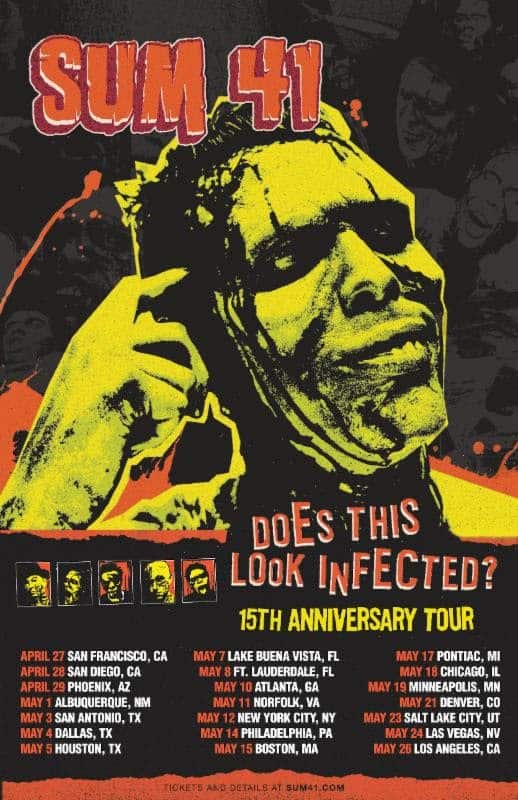 For a full list of tour dates, see below: