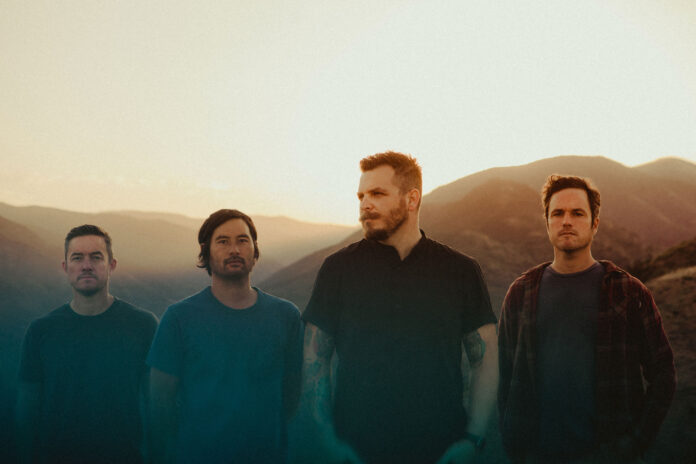 California rock band Thrice have shared their newest single “Robot Soft Exorcism” off their upcoming album, Horizons/East. The track’s title may sound familiar to those who are aware of David Dark. The American author and teacher coined the term in a twitter thread, exploring a metaphor in an attempt to help us distinguish between harmful and destructive systems and those that inhabit and benefit from them.

Thrice’s singer and lyricist Dustin Kensrue picks up the image and breathes life into it throughout the newly released track. Months back Kensrue and Dark spoke at length on the subject, as well as other topics, on Kensrue’s podcast. Fans can listen to “Robot Soft Exorcism” now at https://thrice.ffm.to/horizonseast. Horizons/East is available for pre-order now and will be released September 17 digitally and October 8 physically via Epitaph Records. The album exemplifies art as a work of recognition — the human task of perceiving oneself amid details, disasters, and blessings as a relentlessly relational phenomenon among others. In this, Horizons/East is the rare rock album on which interrelatedness is a theme, painting an adventurous and lush landscape mixed by Scott Evans that the band self-produced and recorded at their own New Grass Studio.

The album’s lead single, “Scavengers” and its accompanying music video are available to watch now.

Thrice will be touring this fall with special guests Touché Amoré, Jim Ward (appearing at select dates only), and Self Defense Family. Tickets and tour information available at www.thrice.net.