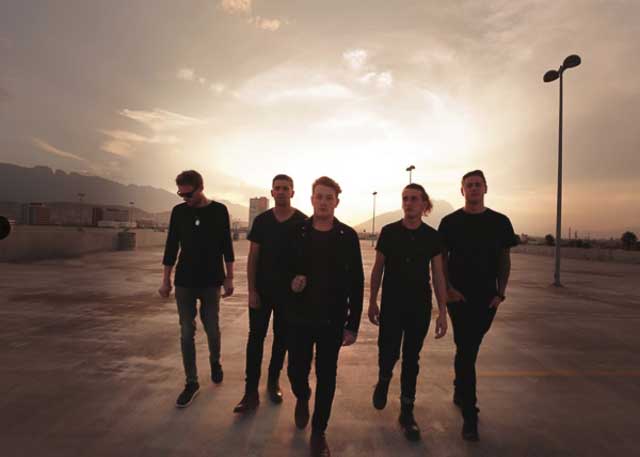 Deaf Havana’s has released a brand new music video for their track titled “Fever” off of their new album All These Countless Nights is due out this Friday January 27th.

The new video is actually part three of a bigger story, with “Sing” and “Trigger” being parts one and two. “I always loved the idea of having several videos that were all part of a bigger story, I felt like the three singles, (“Sing”, “Trigger” and “Fever”) were perfect for this as they all shared and underlying theme of feeling alienated and out of control,” said lead vocalist/rhythm guitarist James Veck-Gilodi.

Veck-Gilodi also remarked that “Fever” is the darkest song on the record and is about heavy drinking and how a visit to his mother helped bring change to his lifestyle. All These Countless Nights will be the band’s first album released through SO Recordings.

“This album needs to take us to a higher level,” asserts Veck-Gilodi. “Not necessarily in terms of chart positions, because I don’t care about that. I just can’t wait for people to hear the album. We appreciate the fact that everyone’s waited this out with us. It’s going to be great.”

All These Countless Nights can be preordered here and features several different pre-order bundles, including a gorgeous red vinyl record, along with a rad art print. The album will be released on January 27.” – ALT PRESS