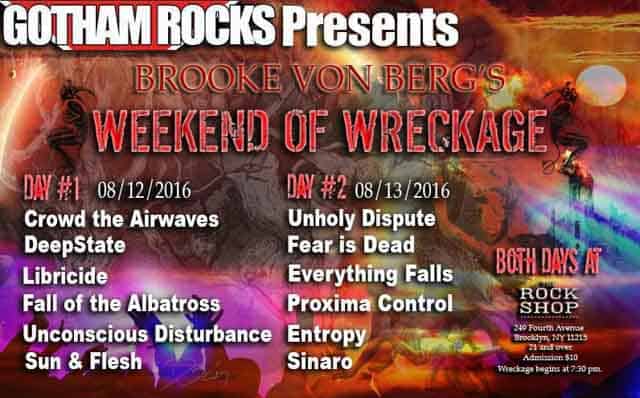 Gotham Rocks’ Weekend of Wreckage tour is a two night show featuring some of the most prominent bands in the underground NYC rock and metal scene. This month’s Weekend of Wreckage will feature bands such as Crowd the Airwaves, DeepState, Libricide, Fall of the Albatross, Unconscious Disturbance, Sun & Flesh on Friday, August 12 and Unholy Dispute, Fear is Dead, Everything Falls, Proxima Control, Entropy, and Sinaro on Saturday, August 13. Both nights will be hosted by the shows creator, Brooke Von Berg. 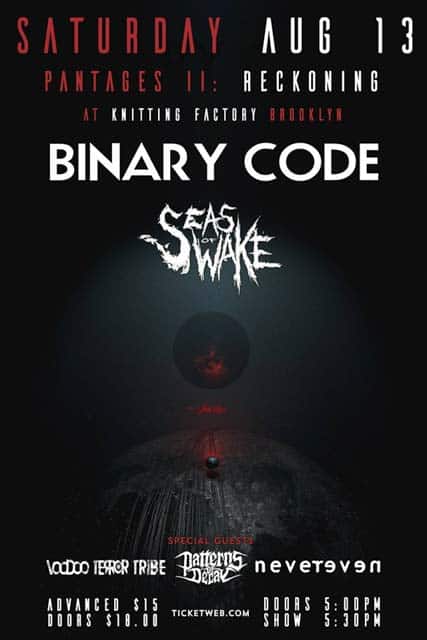 Derek Soto has returned after a 2 year hiatus of concert promotion with Pantages II: Reckoning featuring bands Binary Code, Seas of Wake, Voodoo Terror Tribe, Patterns of Decay and nevereven. The show will include some raffles with photos Soto himself has taken of artists, which are also signed by the artist themselves. 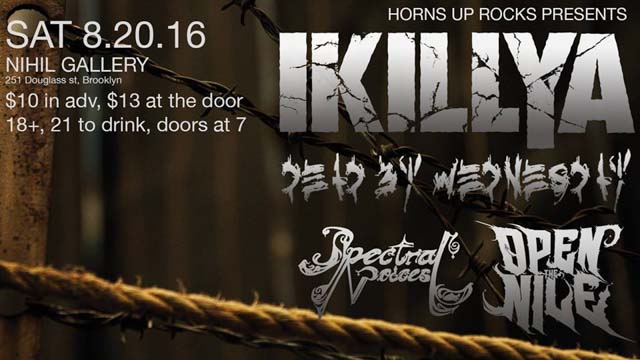 Horns Up Rocks are back with a new show at NIHIL Gallery featuring bands IKILLYA, Dead by Wednesday, Spectral Voices and Open The Nile. 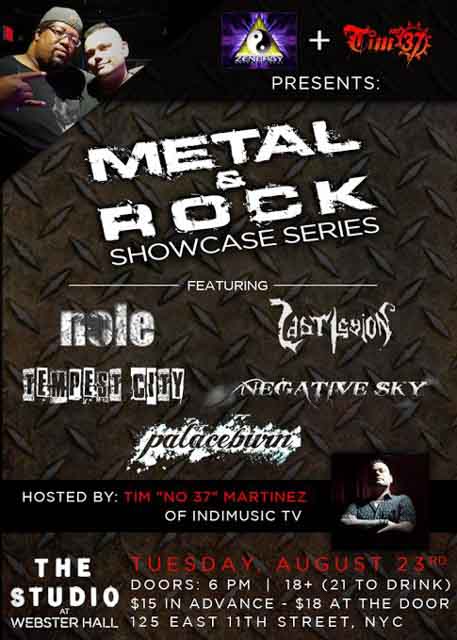 Energy Entertainment and Tim No 37 Productions will be hosting their very first showcase at Webster Hall, featuring bands both NJ and NYC bands Negative Sky & Palaceburn along with (from NY) Last Legion, Nole and Tempest City.