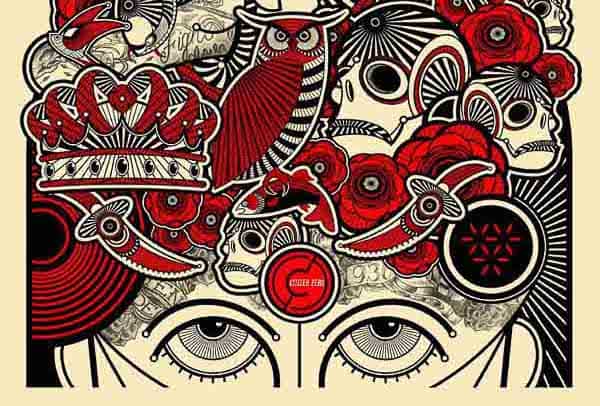 Every once a new band approaches that complete grabs your attention for their amazing musicianship. Whether it be for their sound or for their lyrics, something is just truly special about them. Citizen Zero is the latest band to make us feel this way and it is truly a treat what they’ve created with their latest album State Of Mind. Citizen Zero is bound to become one of those bands whose music you’ll be singing all day long; their ability to perfectly mix hard rock with the blues produces a rhythmically addictive album with State Of Mind.

The Detroit based rock band is made up of Josh LeMay on vocals, Sammy Boller on lead guitar, John Dudley on drums, and Sam Collins on bass. Their debut album titled State of Mind is bound to be a success, with catchy rock rhythms and the impressive vocals of lead singer John Dudley.

State of Mind is one of those albums that’ll take you on a journey, from fast paced rock anthems to heart wrenching love songs and back around to their infectious hard rock signature sound. The album in its entirety is sure to have you rocking out for days. We’ve chosen a few songs we believe are truly special and showcase a unique quality about the band.

1. “What A Feeling” is the very first track and it kicks off the album to a vivacious feel. It is also the first song for
which the band filmed a music video for.

State of Mind brings back energy charged vocals with rock ballads, catchy enough to break through the mainstream. Song after song, Citizen Zero has created an innovative album that  manages to remain fresh until the end.

To listen to State of Mind in full, you can purchase the album on iTunes or stream it for free on Spotify. You can also hear the album on the free Youtube stream below: