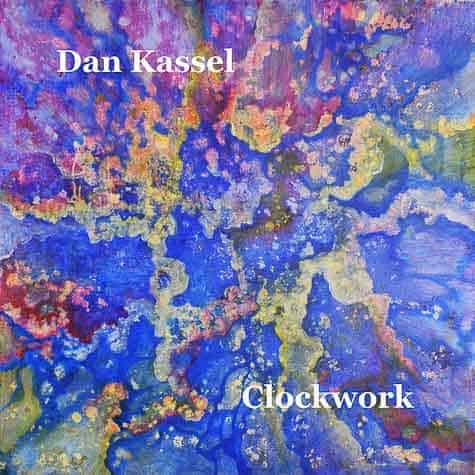 Dan Kassel is perhaps one of the most versatile musicians in the underground music scene. A cellist and New Jersey native, Kassel’s musical arrangements transcend the Western hemisphere. In Clockwork, he showcases sounds from the Eastern side of the world, including India and Japan.

What is perhaps most impressive about an artist like Kassel is the fact that he plays every melody on the album, doing so by playing his cello through a looping device, allowing him to layer multiple melodies on top of each other. The only exceptions featured in Clockwork are the Indian tanpura machine, tabla drums on “Simple Prayer”, an egg shaker and handclaps featured on “Love Foolosophy.”

Clockwork takes the listener on a journey of emotions, going from darker moods to relaxed tunes perfect for concentration. Some nice surprise covers popped up as well, songs “Lithium” by Nirvana and “Love Foolosophy” by Jamiroquai.

Other songs to look out for are:

“No Tango” – keep an ear out for the beautiful break at 3:35 that suspends into a beautiful Arabic inspired melody

“I Don’t Even Know” – get captured by the hypnotizing opening and keep an ear out for Kassel’s catchy, rapid slurs

Kassel’s work is one of a kind and truly a gem for fans of classical music. As an underground, independent artist, his accomplishments and talent are to be admired and supported. Clockwork is the full product of fans that supported Kassel through his Kickstarter Campaign, helping make Clockwork possible. Lets continue supporting artists like Kassel who encapsulate such beautiful talents and should be able to share them with the world.