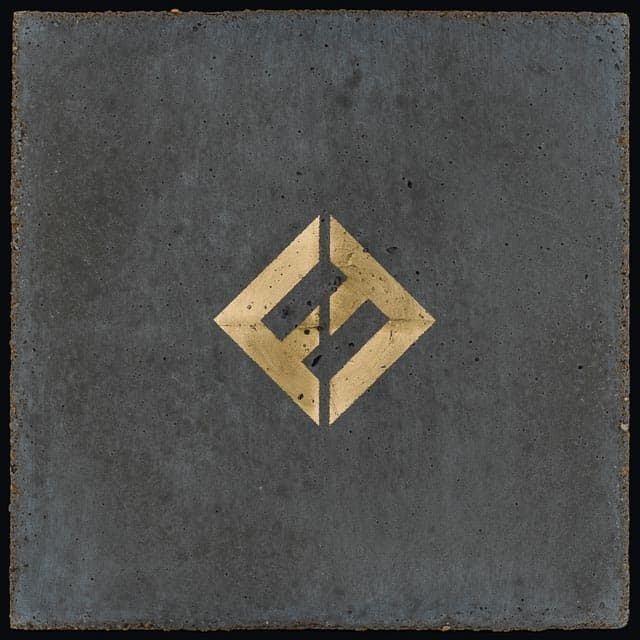 Concrete and Gold is a solid collection of music from a band that we know and love. The eclectic mix of songs delivers an energy and epic-feel close to their last album “Sonic Highways”, plus a much-needed dose of heaviness, and a sprinkling of throwbacks to classic rock and vintage Foo Fighters. “Concrete and Gold” provides a more polished sound for loyal Foo fans.

The first track “T-Shirt” is Pink Floyd-esque. I really enjoy that interlude and didn’t want it to end. Disclaimer: I love interludes. I would have loved an entire song based on this track, and a whole album inspired by this track’s melody (a-la Muse’s album 2003 “Absolution”).

The Foo are one of the few bands that really do care about making a cohesive album. A few tracks flow nicely into the next ones, but overall the album feels like a few different styles put together. I appreciate their wish for variety, and that this album has much more diversity than their last. However, “Concrete and Gold” as a whole does not succeed in taking me on an emotional journey. I would rearrange the tracks to start with T-shirt, then the classic rock-sounding songs, get heavy with vintage Foo and fade into the melodic tracks to close. They have the opening and closing tracks right but some rearranging in the middle might help tie it all together.

With that being said, I do appreciate their effort to tie together songs with a similar guitar riff. “T-Shirt”, into “Run”, into “Make it Right” does that well. “Dirty Water” into “Arrows” misses the mark. Again this is a problem with the track order.

“Run” is actually is quite an interesting song that feels like the perfect depiction of this album. It’s verse and chorus sound like they are from different tracks, similar to a “Rise Against” song. I like this, but prefer the heavier part where the drums and driving-guitar riff really steal the spotlight. The chorus has almost a country-twang which they picked up while making their last album. It’s not my cup of tea, but the verse and lighter melodic interludes save it at just the right moments. This track shows their range all within one song without feeling like a crazy mish-mash. If there was an ultimate Foo Fighters song to describe their current sound, “Run” would be it.

I really enjoy “The Sky is a Neighborhood”, but the slow pace of this track reminds me of what I didn’t like about their last album. I want it in double time. On the bright side, this song has great lyrics, one of the best vocal performances on the album, and is super catchy.

This band does catchy music really well, but I love when they go heavy and high-energy. This reviewer prefers high-energy Foo Fighters with a more raw edge to it. My favorite songs from them are “One by One”, “The Pretender” and “Monkey Wrench”. Unfortunately at this point in the band’s progression, I think we are going away from that sound. La Dee Da is the closest we get to a stripped down version of the Foo, but then they throw that super perfect guitar solo into it. I wanted to hear more grunge in that solo to match Dave Grohl’s stand-out vocals.

Even with the careful solo, “La Dee Da” is the second best track on this album. I am looking forward to seeing them play this live one day.

“Dirty Water” is the 2017 version of “Big Me”. It’s light and melodic feel will make you feel like you are sitting in a hammock on a beach in heaven. Definitely a great addition to this album, but feels oddly placed in the album tracklist.

“Arrows” is absolutely my favorite song on “Concrete and Gold”. It has vintage Foo Fighters energy plus epic new Foo Fighters quality. The lyrics really intrigued me and it’s the first song on the album where I’m wondering who the hell they’re talking about. I want to know more. More songs about queen gemini please!

“Happy Ever After (Zero Hour)” is close in energy to “Learn to Fly”, with a more recent vocal style. It makes me want to sing along but sounds similar to a few other songs on this album. This track needed to be before “Dirty Water”. These two tracks feel too different to be mixed in haphazardly. They feel like the start of a separate album that is not better or worse, but different. It reminds me of their 2005 two-disc release of “In Your Honor” that contained one heavy, and one acoustic collection.

“Sunday Rain” rounds out my top 3 for best tracks on this album. It is a huge risk and departure for this band to do something that sounds like the Eagles, or Queen. Surely that risk payed off, and I enjoy Taylor’s vocals on this track. The piano interlude at the end is fantastic. I want more of this, a whole album of this.

“The Line” is a solid, catchy, track with some heaviness but doesn’t take it all the way there. This track is where I feel Dave’s vocals are covered up most. His performance is probably great, but I can barely hear it over the guitar. An acoustic version of this would be interesting.

The final track “Concrete and Gold” sounds like a Queens of the Stone Age interlude that goes on too long. It would have been a good interlude to transition out of the newer sound and into the “Dirty Water” sounding tracks.

Rock-On: Taylor Hawkins is a frickin’ national treasure. If you ask me, this is his best album yet. The drums shine in their best tracks and stand out even in their weakest songs. Taylor’s drumming keeps the whole album going strong. His vocal takeover in “Sunday Rain” is refreshing, and it is quite possibly the best song on the album. Special mention to the awesome bassline in “Dirty Water”.

Rock-Off: The catchy guitar riffs are up-to-par with the last Foo Fighters album, but nowhere near as catchy as their most popular hits. Dave Grohl’s vocals are solid, but for my taste, I’d love a harder edge and even an acoustic song thrown in there. His voice is beautiful but he doesn’t let the vulnerability shine in this album as the vocal track is a bit over-produced with too many backing vocals. Keep it simple and lower the guitar track volume.

Concrete and Gold is a solid post-”Best of you” album, and the Foo Fighters leave me wanting to see how they progress. This album has so many different sounds to it that I am curious where they are going next. Will they continue with mish-mash albums or to stick with one sound per album? I surely am eager to find out.

Rating this album compared to Foo Fighters past is difficult. It feels like a better version of their last album, but doesn’t compare to their more energetic and catchy “One by One” era. Their new sound is so much calmer, like an easy-listening or classic version of the Foo. That’s not a bad thing, but for fans who prefer the heavier more raw-sound that we hear glimpses of in “La Dee Da”, it leaves us wanting more. When thinking of traditional singles, three songs stand out, but not by much. Perhaps this is because Foo Fighters have been giving us such consistently great music for so many years. If you are expecting the hits they delivered back in the early 2000s, you are out of luck. The Foo Fighters are constantly growing and challenging our ear to accept new sounds. Their evolving sound is refreshing in this age of same-ol’ crap. They refuse to choose a genre or stick to what they are known for. Concrete and Gold is a must-listen. 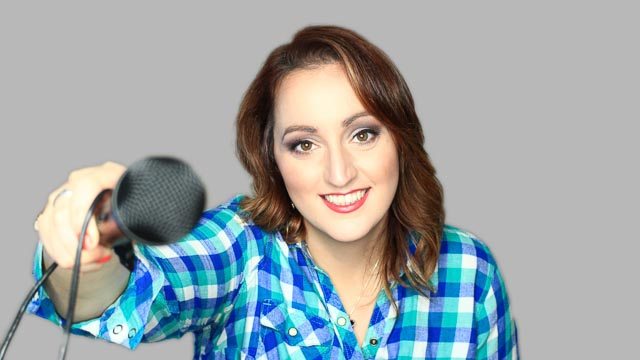 Laura Meoli-Ferrigonhttps://www.LauraMeoli.com
Laura Meoli is an Emmy award winning filmmaker and artist. As founder of LoudaVision Productions, she is committed to creating multimedia content that pushes the boundaries of the artform, and teaching aspiring artists to do the same. Laura also hosts the LoudaVision Podcast to help creative people turn their passion into a career. Her favorite bands are Muse, Taking Back Sunday and Rx Bandits, but her favorite album is dependent on her mood or goal for the day. For creative tips and inspiration, visit www.LauraMeoli.com and connect on social media @LoudaVision
@thesoundlive
Follow