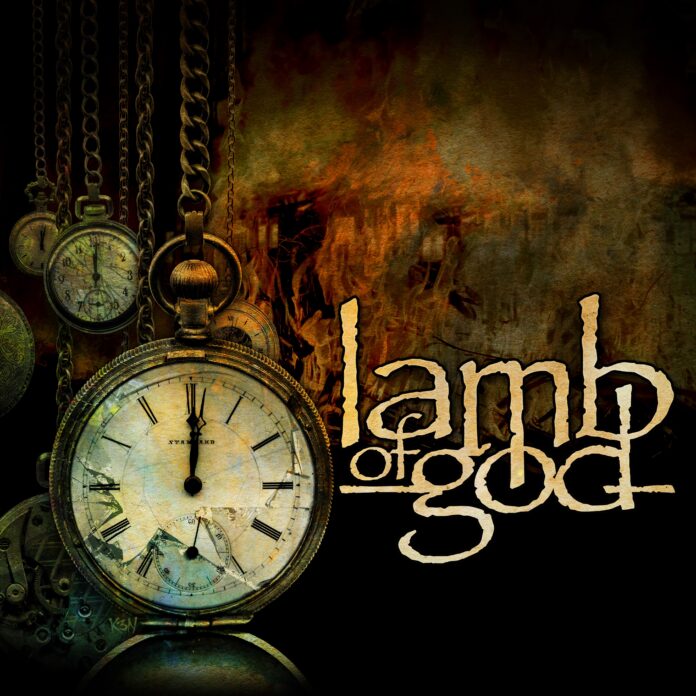 Lamb of God is one of the most important members of the New Wave of American Heavy Metal, a legacy they continue to build on through every new album release. Their latest will be their eighth studio album, self-titled, Lamb of God. I’ve written some thoughts on each track and my overall impression of the album, along with what it will mean for the history of Lamb of God.

1. Memento Mori – The album kicks off with the second single released from the album, a perfect start; although it offers a heavy introduction, it has no signature stand out part musically. Lyrically, however, it sets the tone as an extremely political album, something I’ll explore further in the overall opinion.

2. Checkmate – The first single off of the album, it may not be new to listeners; it is, however, different for all of us, as it displays Blythe singing in clean vocals as opposed to his signature growls. “Checkmate” moves into more of the groove Lamb of God is synonymous with. The song’s lyrics, “Divide and conquer and close them in, and bury secrets deep, Make America hate again, and bleed the sheep to sleep,” clearly state where the band stands on our current administration.

3. Gears – Blythe channels his inner Michel Foucault, tracing back the current administration to the industrial revolution with this track:

“Your endless hunger automated, industry defined A systematic impulse, parametric lines Subjugation and degradation, the blueprint to your annihilation, You’re assets personified, a product of the times.”

4. Reality Bath – A song clearly about mass shootings in the United States, a new normal in American life.

5. New Colossal Hate – In my opinion, this is the best track off of the album, and what I believe should have been a single. This track offers longtime Lamb of God fans a nostalgic effect with the same technical multilayers that made Ashes of the Wake such an acclaimed album.

This song is also the climax of the record, and the track that expresses the band’s perspectives on class struggle. “Lash the tired and kill the poor, the huddled masses ram the door. The new colossal hate arises,” suggests a dislike for the wealthier part of America and their selfish acts towards the working-class.

Additionally, the ending of the song states that the intentional attacks towards people of color will cause the “melting pot” that is the United States to be no more, because whitewashing America is what is considered “freedom.”

“The melting pot is melting down, A pool of slag on poisoned ground, Choking from the venom’s sting, Pull the fangs, let freedom ring”

6. Resurrection Man – “The system is a graveyard.” That is all.

7. Poison Dream (ft. Jamey Jasta) – The beginning riff is straightforward Lamb of God signature style, similar to “A New Colossal Hate.” Lyrically, the track seems to be discussing the United States history of slavery: “A legacy, a poisoned dream, fortunes made on misery. A burning river, a black sea, bloody skies and dying memories This poisoned dream.” Jamey Jasta from Hatebreed offers a hardcore edge to the song.

8. Routes – the band’s most recent single, and one of the most important tracks off of the album, as it exemplifies the importance of having proper representation in media. The song is inspired by Blythes’ involvement and experience with the Dakota Access Pipeline protests, also known through the hashtag #NoDAPL. The song features Chuck Billy, singer of the legendary Testament; Billy is of Pomo Native American heritage.

“A black snake beneath the ground, extinction dripping from his mouth Poisons water, hearts of men who choke the sky and rape the land, A legacy of endless greed and manifested destiny Draws a map of stolen names, the truth is known but nothing’s changed.”

9. Bloodshot Eyes – A straightforward heavy metal track, once again displaying Blythe’s clean vocals. Lyrically, it suggests a transition to “the other side,” something we’ll explore further in our overall opinion of the album.

“I know a place under the sun Where my memories of you will burn, You’ll be too easy to forget Erased by the light, you’ll never cast a shadow A ghost on the wind, it’s like I never knew you I burnt that bridge down to the ground, I’m on the other side.”

10. On The Hook – A song heavily about the opioid crisis in America, but also about the hypocrisy of the government tending to fund war while allowing it’s own citizens to die due to drug addiction. All in all, the United States as an imperial force.

Overall opinion: While Lamb of God have touched on politically topics before (the Iraq war in Ashes of The Wake), this is the first time the band has engaged in explicit lyrical content surrounding numerous political topics such as immigration, mass shootings, and capitalism.

In a genre that has a history with conservative politics, Lamb of God releasing this album could not be more perfect, particularly in this moment in time.

As an all white, heterosexual, cis-gender male band, their words and platform have an impactful and resounding effect on heavy metal as a whole. In the midst of a global pandemic and civil unrest in the United States, the lyrics and overall album serve as a comfort and a safe space for progressive, black and people of color who are fans of heavy metal.

As a person witnessing the awakening of people to the atrocities of this nation, the album reads to me as the process of a white person shifting political perspectives from right to left. The album begins talking about waking up and approaching death, “I fight it the same, don’t waste this day, Wake up, wake up, wake up, Memento mori.” This gradually shifts into the understanding of history and how this moment traces back to the industrial revolution, a climactic point of capitalism in the United States, to then realizing the problematic effects of capitalism: hierarchies based on race and class. The album moves into the understanding of using white privilege to create space for people of color (“Routes”) and finally, to a full blown disgust toward the government. “It’s like I never knew you, I burnt that bridge down to the ground, I’m on the other side.

In an interview with Revolver, Blythe states that he is not basing it off of one particular president but rather identified the current administration as inefficient and Trump as a “fool,” and decided to work his way backwards toward the history that led us to this moment. While Blythe refuses to name the Trump administration as his inspiration, it is important to note that it is what began this thought process for him, and this album is being released while under his presidential term. Furthermore, the fact that we will see a presidential election later this year, and are currently experiencing a civil unrest in the midst of a global pandemic, adds to the importance of this album and the importance in making clear who is to be condemned. Overall, this album is perhaps the most important in Lamb of God’s career and makes a political statement in a way they have never done before; it suggests they may never go back to the tame political tone they once had.

For marginalized people who also find themselves being fans of heavy metal, the album will serve as a safe space a validation for their love of Lamb of God.

Lamb Of God pre-orders are available at lambofgod.lnk.to/LOG. The album is due out tomorrow, June 19th, 2020.