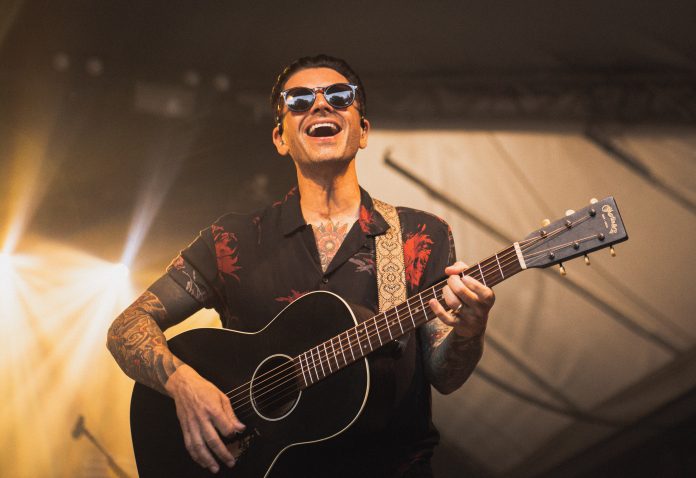 As a an emo kid having grown up with the emo phase of pop culture from 2003-2008, seeing that Cartel was going to play a show in Austin was an opportunity I could not miss. Cartel was the supporting act for Dashboard Confessional and Andrew McMahon at Stubbs Austin on August 23rd, 2022, a show that brought out an entire generation of emo and pop-punk now adult lovers.

Cartel broke into the mainstream with their lead single “Say Anything (Else)” in 2005, a track that would go on to have heavy rotation on MTV. Although the band was never able to surpass the success they had with their debut album, the catchy melodies and choruses off of that album have been able to stick with many listeners and lovers of that era, regardless of the band never reaching a climax like others. That lingering success really spoke to the ways the crowd that night reacted and engaged with the band, even though it has been 17 years. The entire crowd was in the same age range (25-30) and they were all actively singing along.

Although on the softer end of the emo spectrum, Dashboard Confessional’s pop sensibilities and lyrics stuck with a particular crowd that has long outlived the entire emo boom of the early 2000s. Their most popular single “Vindicated,” continues to be played on the radio and is a song that is always accompanied by the singing of the audience during live performances. As someone who also grew up during the emo boom of the 00s and falls within the age bracket of the attendees, the experience of seeing two bands I would hear on MTV during the early mornings before heading to school, together with others who also had similar experiences was a nostalgic bittersweet moment.