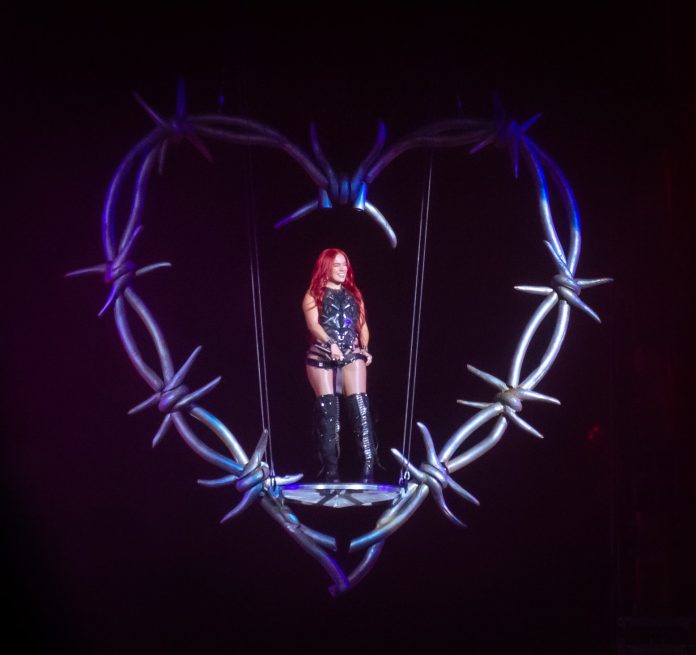 In just a year, Karol G has gone from up-and-coming reggeatonera to a full blown Latina pop star. While much of her pressence started and has been centered on the reggeaton genre, her musical releases of the past year have cemented her as a broader, over-arching musician. With songs like “200 Copas,” a Corrido, and “Ocean,” a pop piano ballad, Karol G has gained fans beyond the reggeaton genre. What is now the biggest venue in Austin, the Moody Center welcomed Karol G and her crew with arms wide open, encouraging her to extend her set to two hours.

Fans also showed up in fun outfits and with the iconic blue and red wigs, both of which have been symbolic representations of Karol’s career. Karol G disclosed a brand new album is upcoming, an album which is sure to break into the top of the Billboard with her “Strip Love” Tour building anticipation for it.