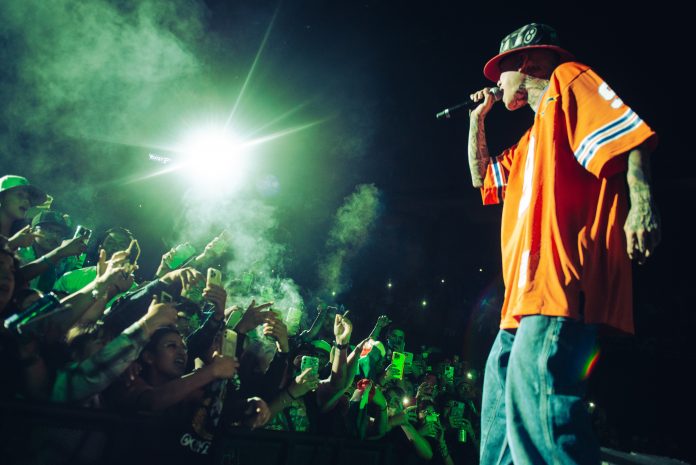 While the name Santa Fe Klan might not be relevant to many English language speakers, the Guanajato native is one of the fastest growing artists from the Latino Hip-Hop scene. Regardless of his lack of crossover to the US and the English language market, Santa Fe Klan nearly sold out the brand new Moody Center in Austin, Texas.

Oblivious to his notoriety and his eclectic musical knowledge, I was blown away not only by the response of the crowd, but by Santa Fe’s talent. Originally thought to be a rapper, I went in thinking I was going to experience a new wave of Mexican Hip-Hop, yet what I witnessed was much more than that. At some point, Santa Fe grabbed his accordion and began playing Cumbia. I was shocked to hear not only a genre that I am personally a big fan of but also to see his ability to connect different genres at one show. MC Davo and Tornillo also showcased a wide range of musical skills, and Tornillo was able to incite the entire ground floor to get up off their seats and move towards the railing. The crowd never sat again for the duration of the show, singing, dancing, and smoking pot along with Santa Fe Klan.