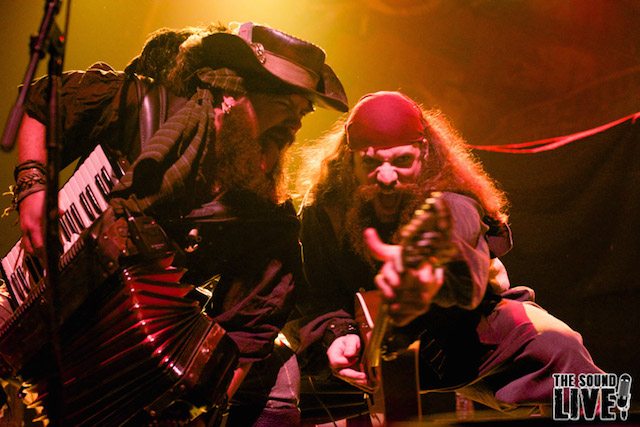 Alestorm brought “Pirate Fest” to the Gramercy Theatre (1/31) along with fellow “pirate metal” bands Swashbuckle and The Dread Crew of Oddwood. Fans of the pirate metal/folk metal genre all united in support of this unique festivity.

The Dread Crew of Oddwood kicked off the show with a cover of Dropkick Murphy’s “I’m Shipping Up To Boston.” The folk-metal band who’s from San Diego, California brings a pirate theme to their music, and plays entirely on acoustic instruments. The band which consists of Wolfbeard O’Brady, Stark Cordwain, Riven Rahl, Deckard Cordwain, Ruba Jouba, Smithy Crow and Castle, all bring a raw energy seen in heavy metal and combine it with their folk-metal sound. The numerous band members made new fans with their lively, energetic show. 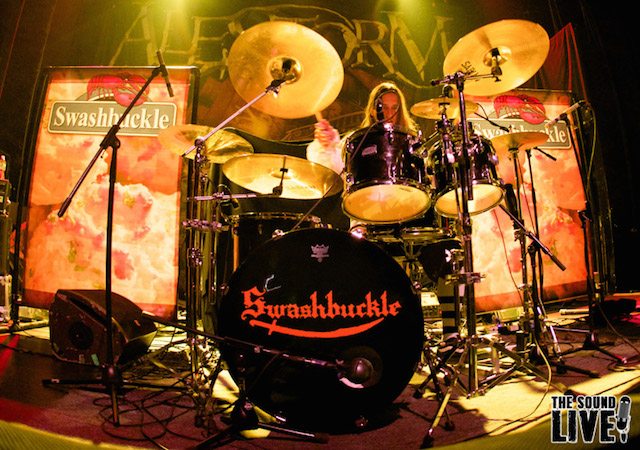 Swashbuckle, a thrash metal band from New Jersey brought more of a humorous aspect to the show. Possibly the heaviest band of the night, their loud aggressiveness immediately urged fans to start moshing. Forward with words, lead singer Admiral Nobeard (Patrick Henry) let the audience know he wanted them to “fuck each other up.” At one point the audience in the pit got on the floor, aligned perfectly and acted as if rowing a boat, to which Nobeard said, “New York City, you guys are retarted.” Although already a very energetic vibe, the pirate fun was about to take on another level of excitement with the next act. 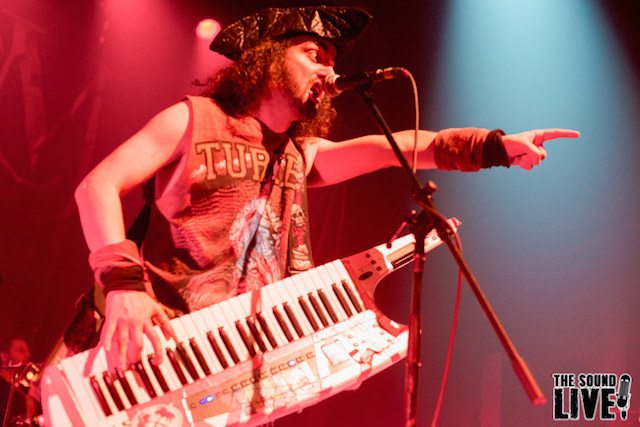 Gramercy was jam packed by the time Scottish pirates Alestorm hit the stage. Since their inception in 2004, the band has gone on numerous tours with enhanced recognition every time. Originally from Perth, Scotland, the bands (Christopher Bowes, Dani Evans, Gareth Murdock, Elliot Vernon, Peter Alcorn) notoriety has crossed overseas and has had worldwide recognition for their individuality amongst other bands of the same genre. Although also a folk-metal band, Alestorm combines both folk-metal and power metal to create an entirely new genre they like to call “pirate metal.” Playing songs like “Walk The Plank”, “Shipwrecked”, “Midget Saw”, and “Pirate Song” had the entire audience The admiration could be seen from the audience to the band as they kept the energy going throughout the whole show.

THE DREAD CREW OF ODDWOOD: 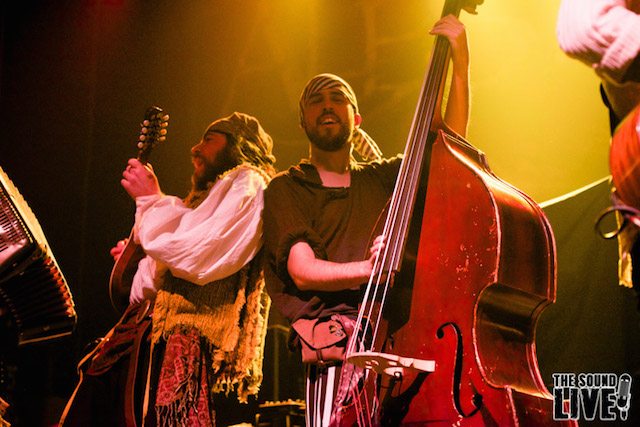 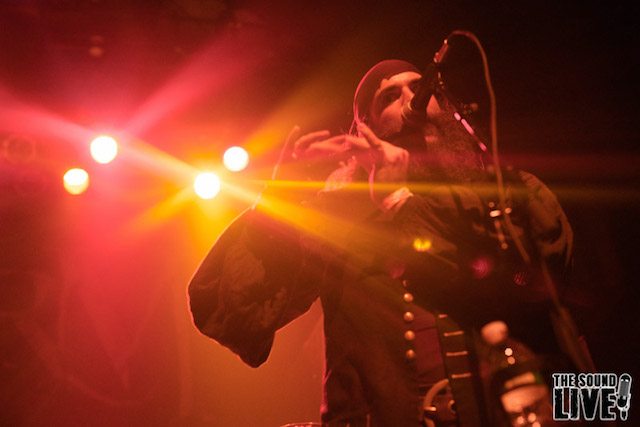 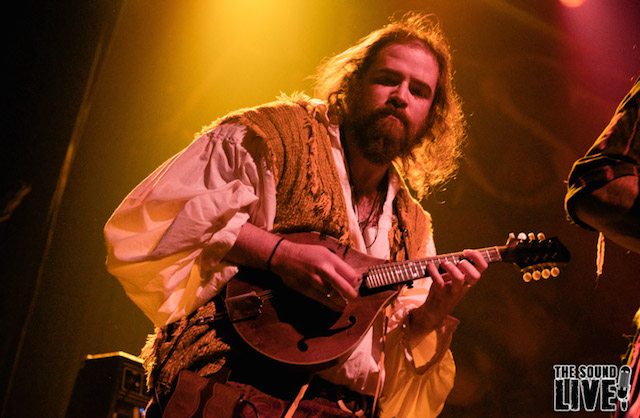 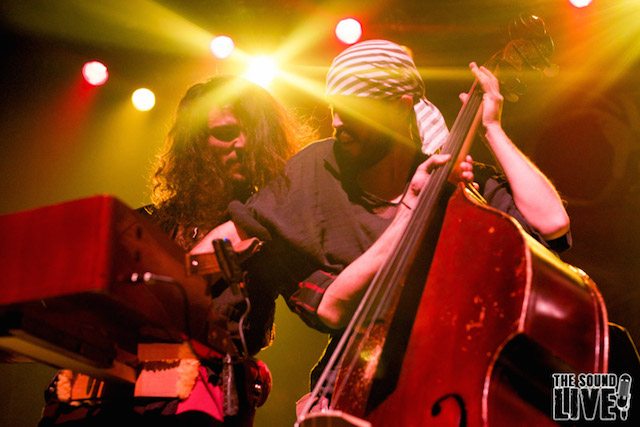 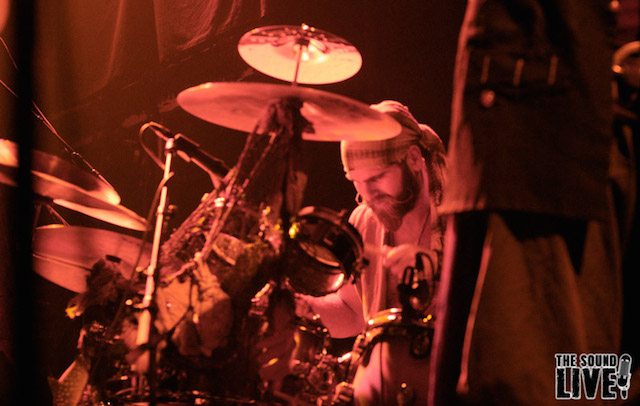 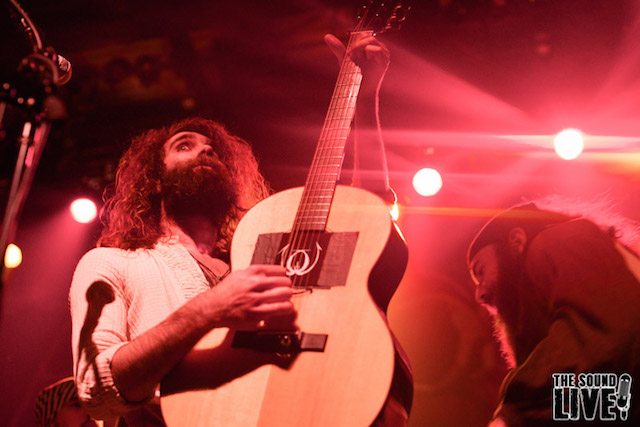 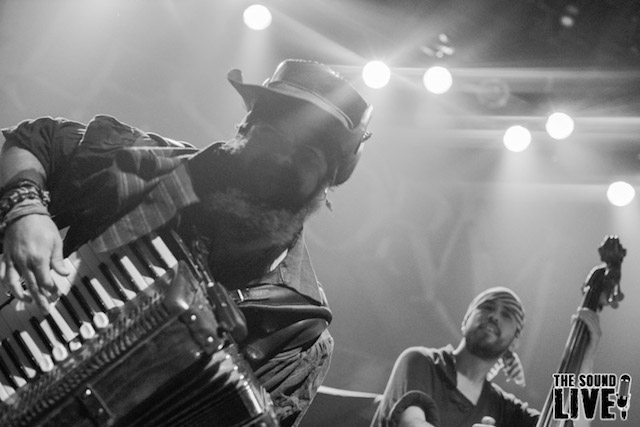 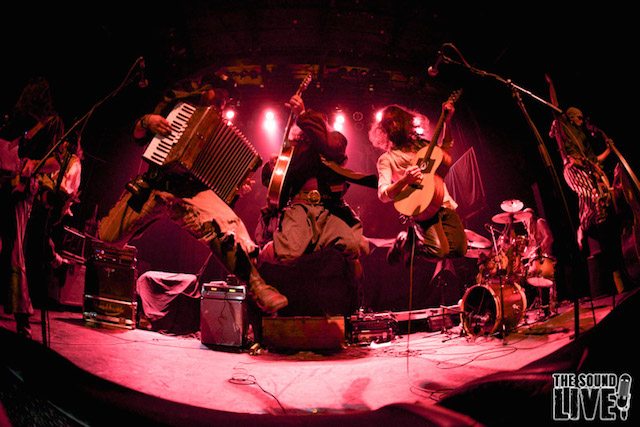 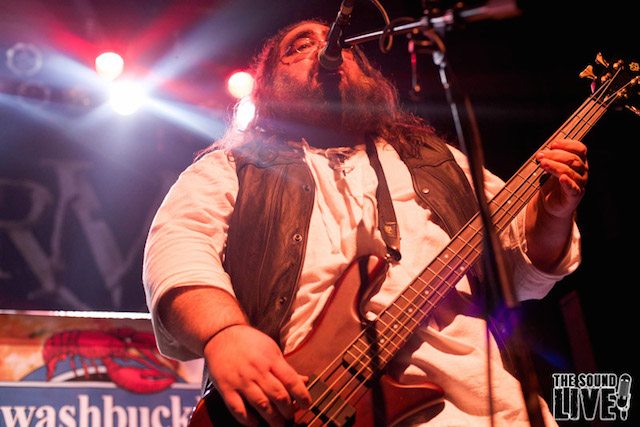 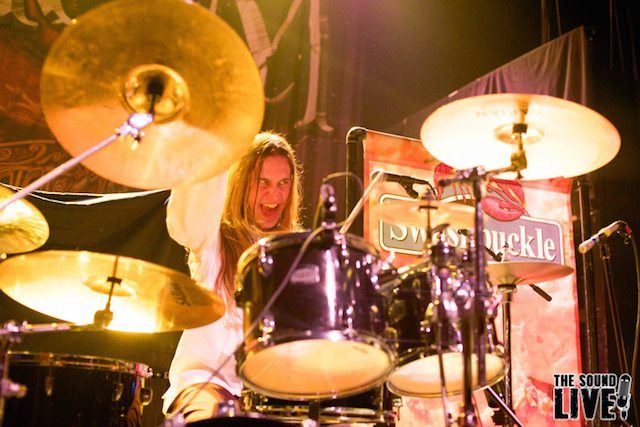 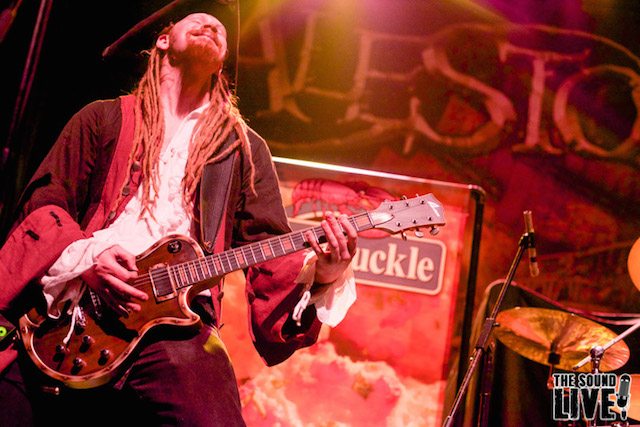 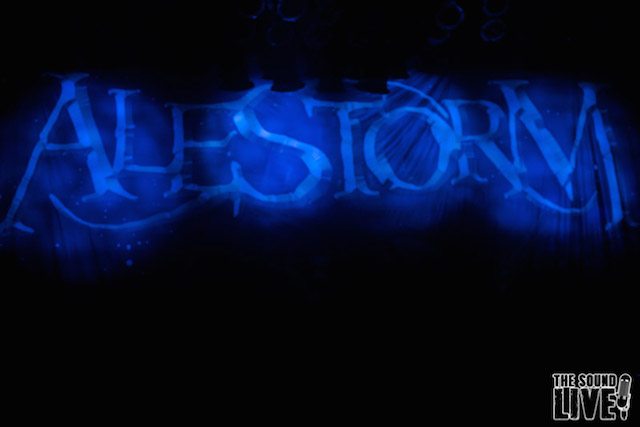 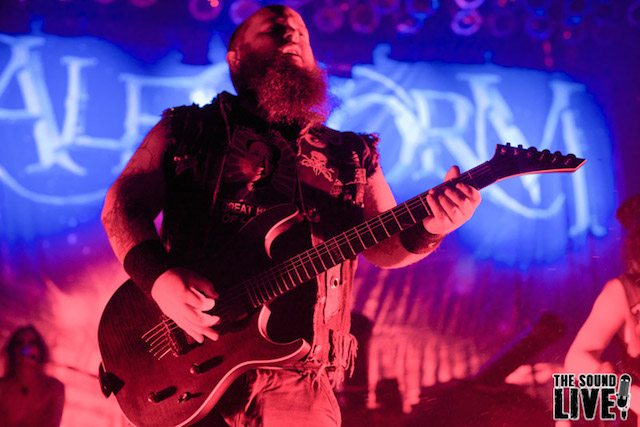 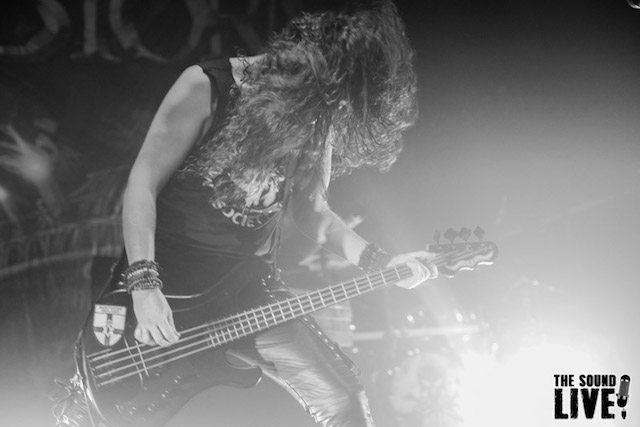 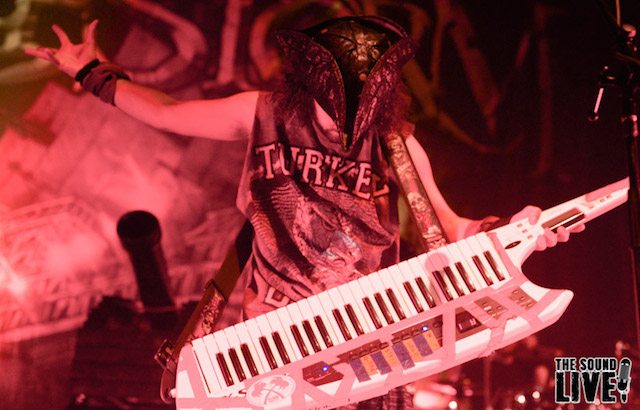 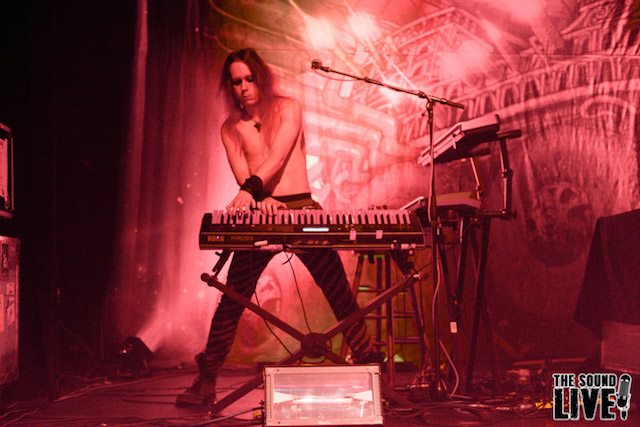 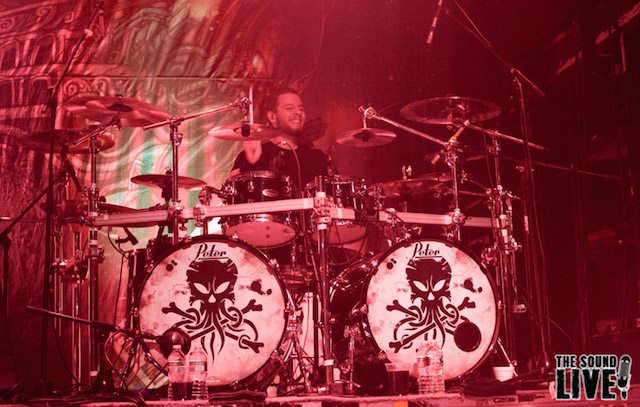 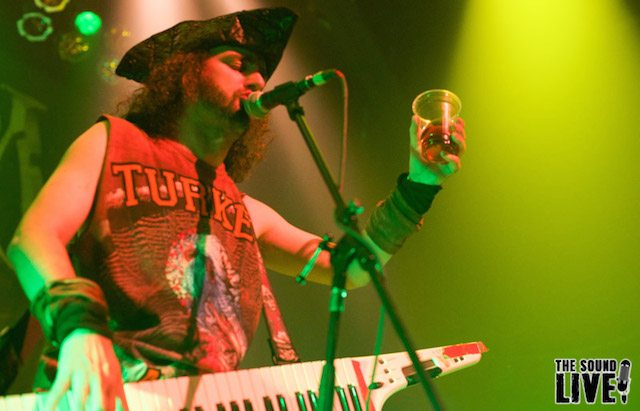