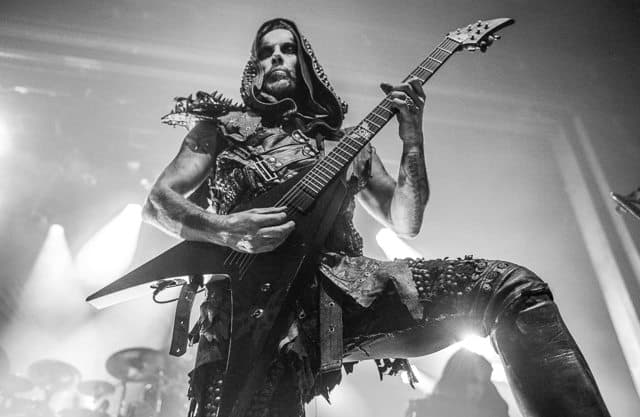 Webster Hall is located between 4th and 5th Ave and near Astor Place, which makes it the go to club for many young 20 something year olds looking for a night of partying. This night was different, however, as amongst all the NYU students and hip culture were a group of metalheads in all black headed towards the venue. It was apparent that there was a heavy metal show in town. The host of the party was Polish blackened death metal band, Behemoth.

Behemoth is responsible for establishing the underground extreme metal scene back in their home, Poland. The band has also made a mark in the states, gaining a large following for their extreme live shows and catchy, innovative death metal albums. Their tour “Blasfemia Amerika 2016” was long awaited by fans and it finally arrived to New York City on April 23rd.

Opening up the show was Myrkur, the one-woman black metal project of Danish singer Amalie Bruun. Bruun who, at first sight seems like a sweet, bright girl, quickly brought out the black metal heart she self proclaims to have. Her vocals were angelic, and remained perfectly in tune with the dark musical arrangement behind her. The lighting only adding to the ghostly ambience of Myrkur’s set. While the band’s musical arrangement moved through the scale from heavy to almost classical, so did Bruun’s voice. The vocal capacity of Bruun transcended what the audience expected of her; her voice would perfectly soar to reach high-pitched notes and would beautifully compliment the destruction happening amongst the band. 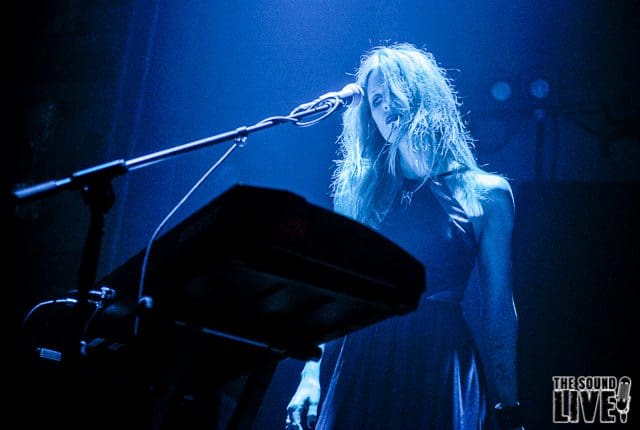 Although Myrkur has only been roaming the metal scene for two years, the band has already gained critical acclaim from many publications including NPR Music. NPR Music ran a coverage on Myrkur titled “Tales From The Crypt: The Funeral Music of Myrkur.” Myrkur’s debut album is simply titled M (2015) and is inspired by a wide arrange of genres starting with atmospheric post-metal, gothic, black metal and Scandinavian folk. The audience was struck by Myrkur’s beginning set but easily fell in love with the darkness a female fronted black metal band could bring to a show. To see a woman bring out the darkness within her on stage, as does Amalie Bruun, is much needed in the metal world. Bruun is paving the way for future female singers who have a passion for black metal. For more information on Myrkur, make sure to check out their main website and find their album M now streaming on Spotify. 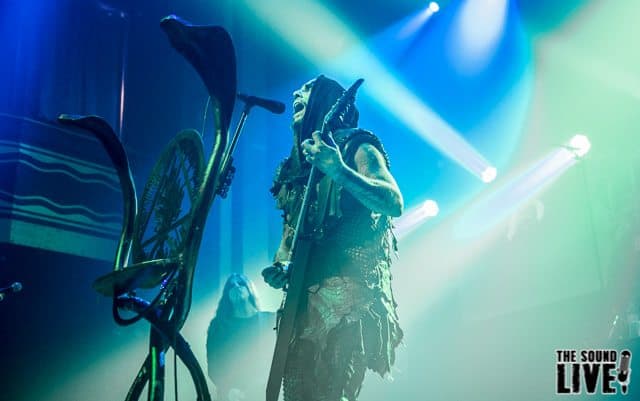 In a matter of minutes the Grand Ballroom went from packed, to overcrowded, with fans eager to experience the demonic show Behemoth puts on. For anyone not familiar with the black metal scene, it might come as culture shock, it may even instill a bit of fear. However, if there is anything that must be noted it is that there is no tighter community than that of the metal community. When fans come together for nights like this, they are more than an audience, they are a family and they become one with the band.

As soon as Tomasz “Orion” Wróblewski on bass and Patryk “Seth” Sztyber on guitar stepped out with full makeup and leather, the audience went wild and all their horns flew up in the air. Nergal, the head of Behemoth is a fully energized frontman, and the final member to step out on stage, bringing the show to life.

The scene from the photo pit was wild. Not only was the photo pit packed, but we also suffered a few kicks in the head from crowd surfers coming up to the stage. To much of our surprise, we were joined by Randy Blythe, lead singer of fellow acclaimed heavy metal band, Lamb of God. Being joined by a heavy metal giant in that tiny photo pit added a feel of gratefulness to the experience. We often get the opportunity to capture moments like these, and even famous musicians want the experience of being down in the photo pit like us. 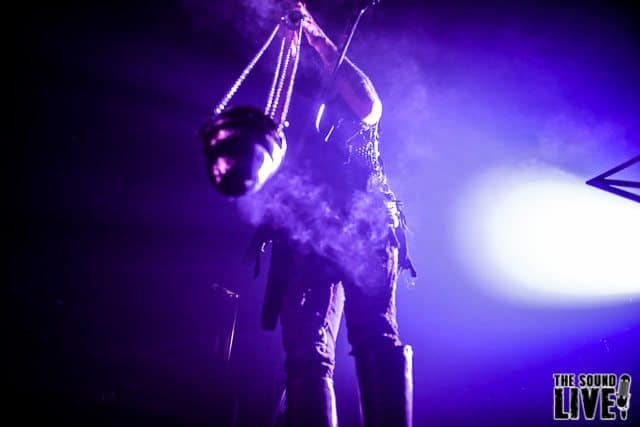 The venue was full of smoke, candles lit up and what smelled like holy water. The truth is, that for many, this is their church. When Nergal shouts out for the crowd to sing “For thine is the kingdom, And the glory, Forever!” during “Ora Pro Nobis Lucifer”, and the crowd shouts it back, it is as if they are united for that single moment. The feeling is euphoric. Looking amongst the crowd, everybody head banging in sync, you come to realize that this does not happen at every show, nor in every genre. There is a special bond within those who admire extreme forms of music and if you ever want to experience it, make your way to a Behemoth show. Behemoth performed for a nearly 2 hour long set, leaving old and new fans fulfilled with the experience.

Behemoth’s latest album is titled Thy Winter Kindom + From the Pagan Vastlands (2015). Their previous album titled The Satanist (2014) is regarded as a favorite amongst black metal fans. For tour information, head over to their main website and to hear some glorious black metal, you can find their albums streaming on Spotify and on sale on iTunes. 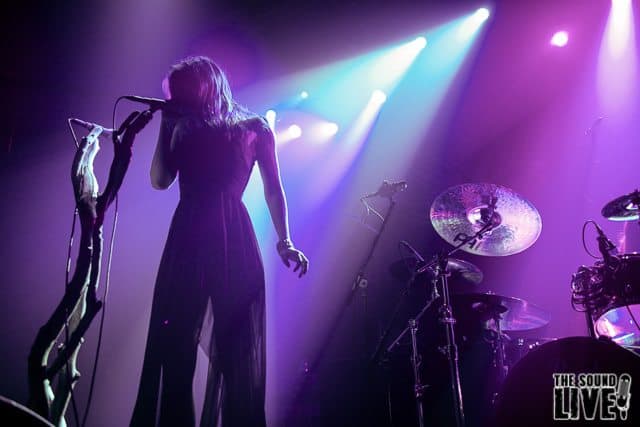 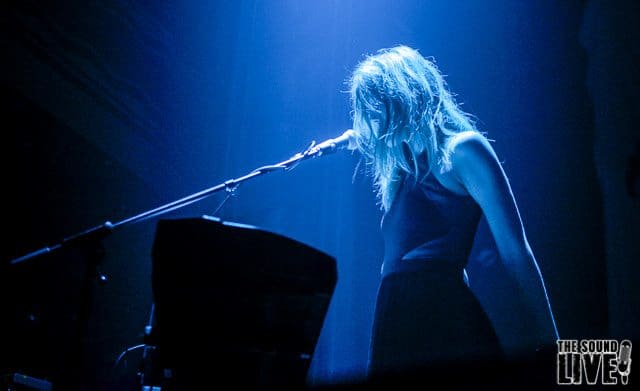 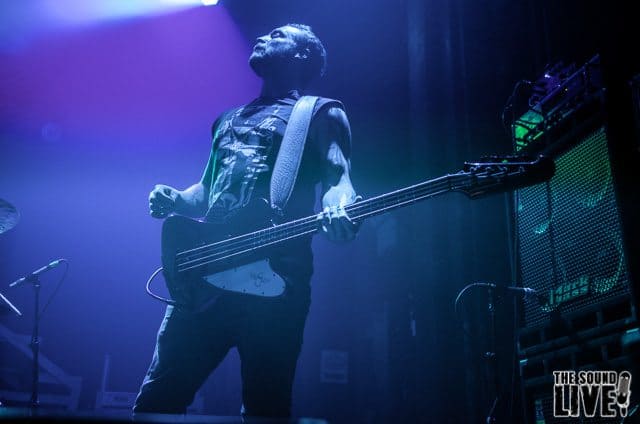 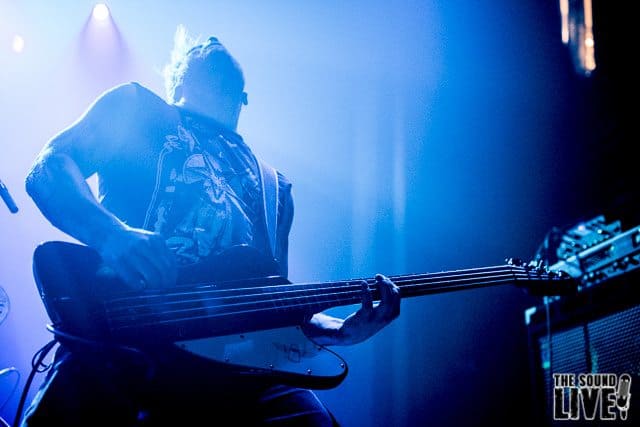 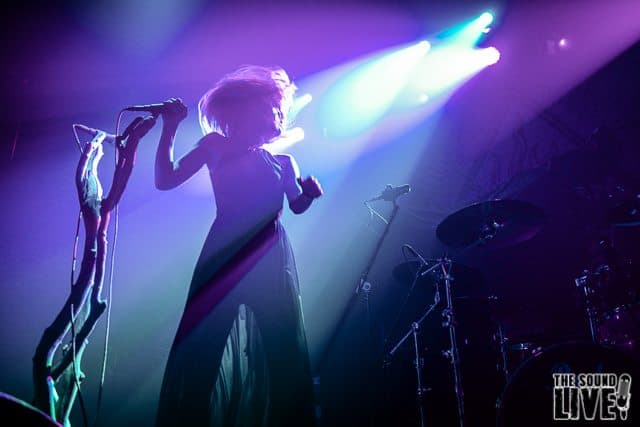 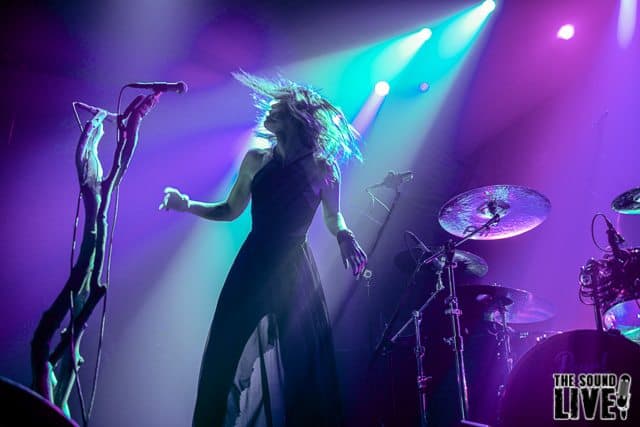 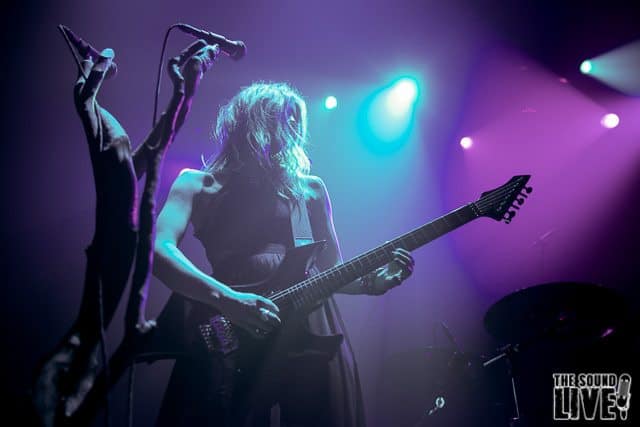 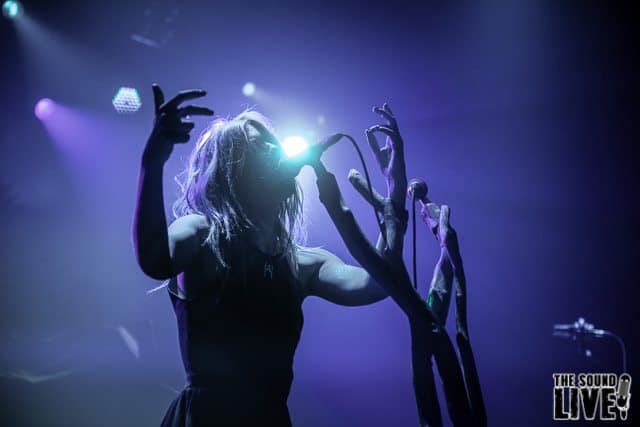 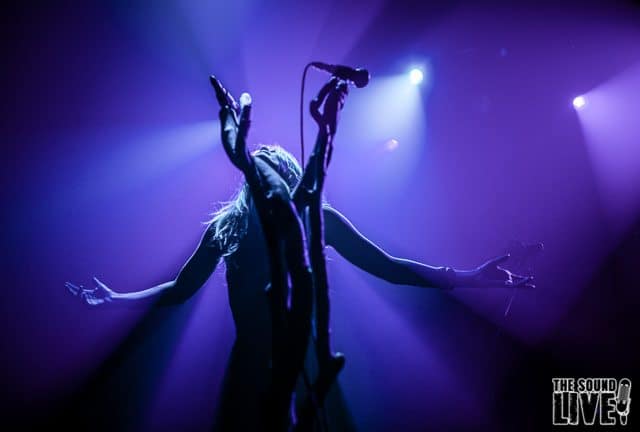 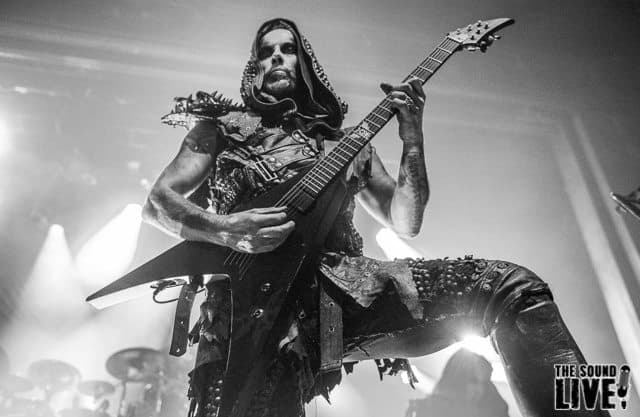 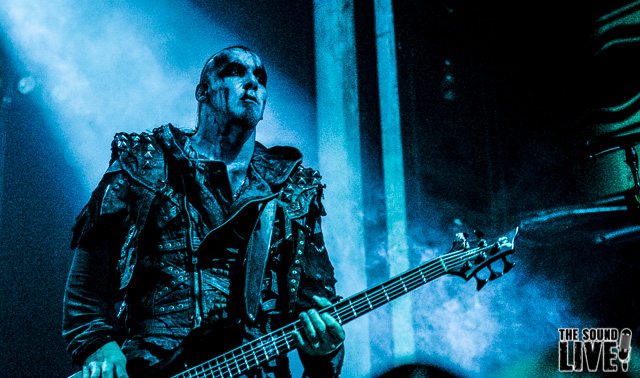 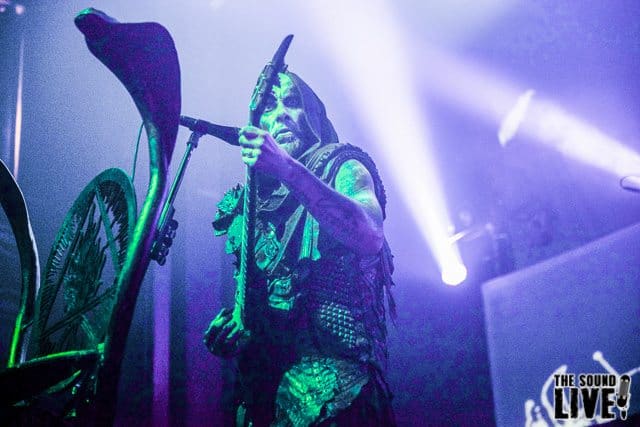 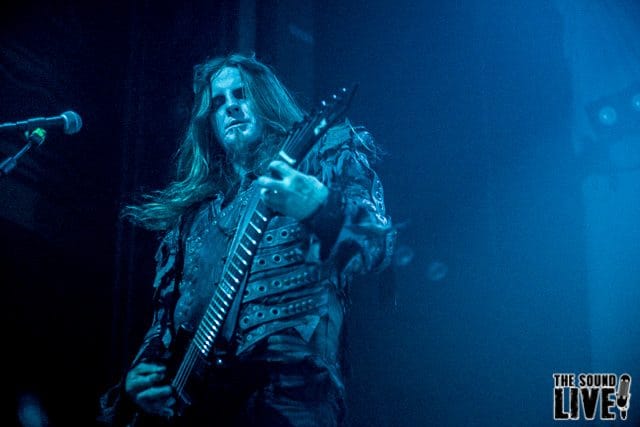 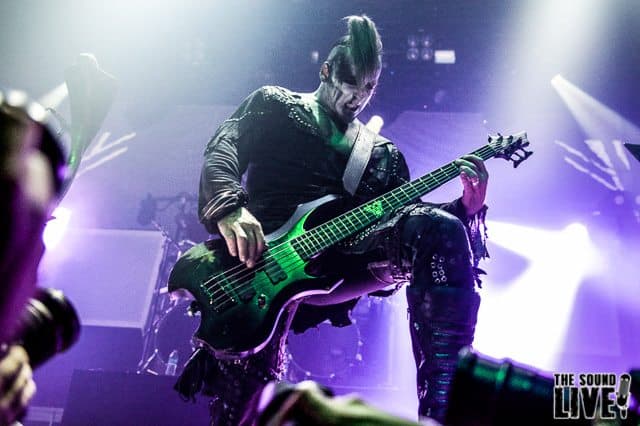 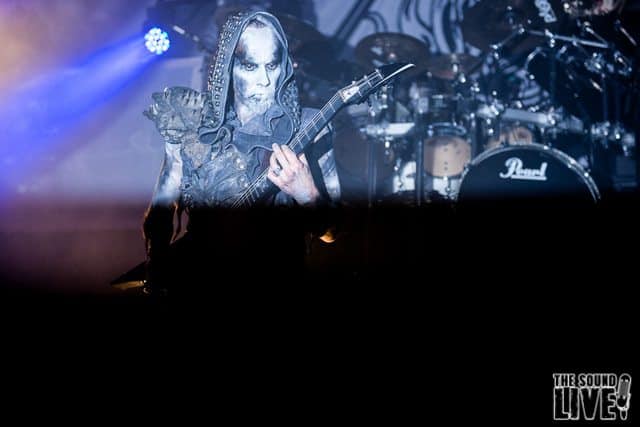 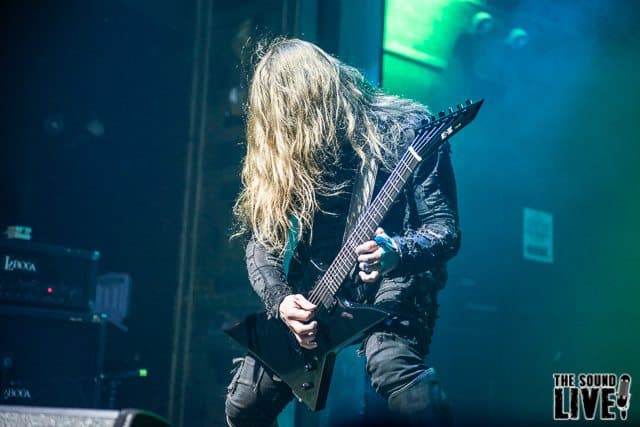 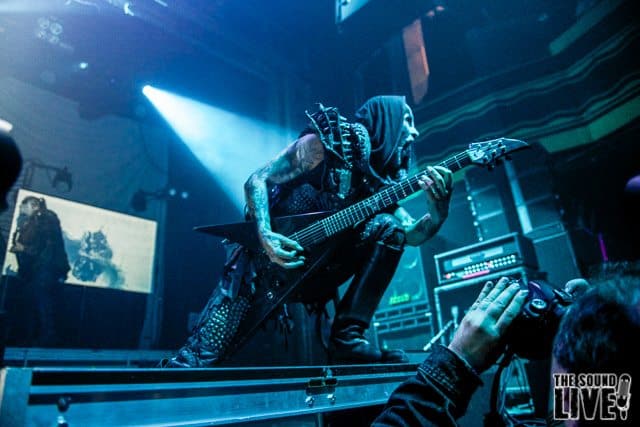 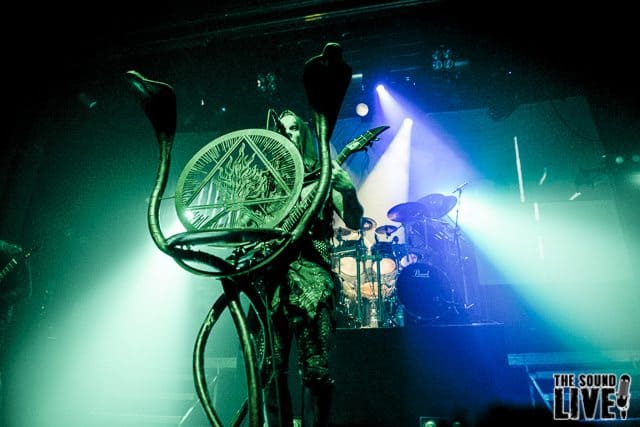 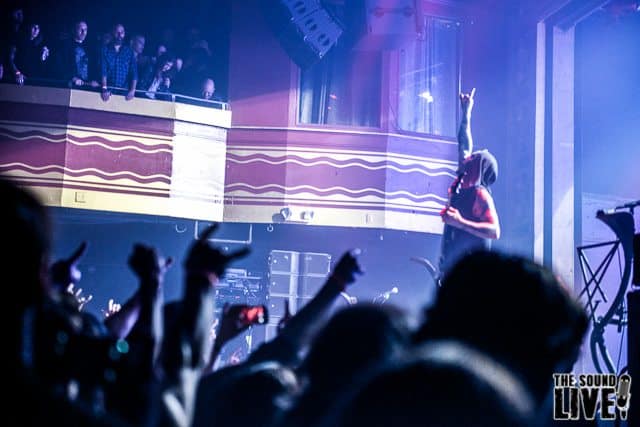