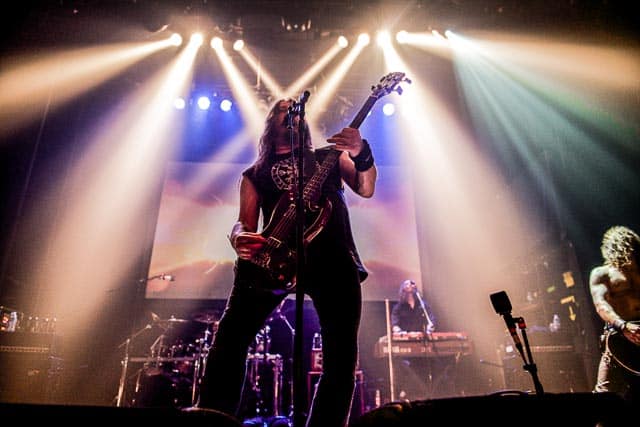 A synonym for Satanic metal, Black metal stands as one of the most extreme forms of heavy metal music and one that continues to be untouchable by the mainstream world. Filled with a history of church burnings rooted in the genre’s anti-Christian views, the black metal genre has been at the center of some of the most controversial events in heavy metal music.

The first wave of black metal came in the 80s with bands like Venom, Mercyful Fate and Celtic Frost who originated from England, Denmark and Switzerland, respectively. Although the sound laid out by such bands had not yet established what would become the signature sound of the black metal genre, they had already constructed much of what would influence the second wave of black metal musicians in the early 90s. King Diamond, lead singer and founding member of Mercyful Fate for instance, based much of his lyrics on Satan and the occult. This influence and groundwork would be essential and what would come to define the black metal genre. A second wave of black metal bands arose in the early 90s, this time out of Norway. Among those bands were Mayhem, Immortal, Gorgoroth and of course, Enslaved. 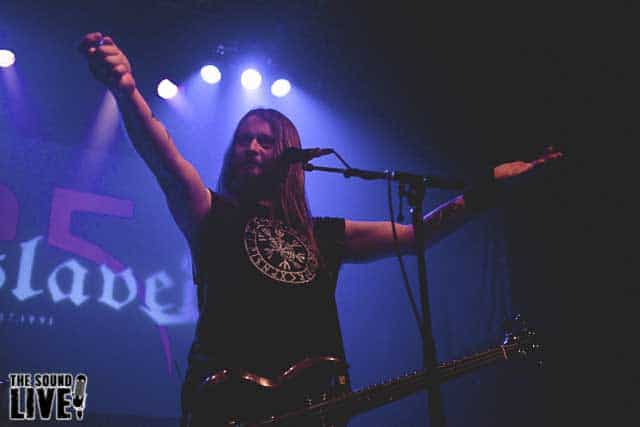 Enslaved was formed in 1991 by members Ivar Bjørnson and Grutle Kjellson, and in the summer of 1992, recorded their first demo titled Yggdrasill. A mini album titled Hordanes Land was released in 1993 and their first full-length album Vikingligr Veldi was released in 1994 via Deathlike Silence Productions, which was run by Euronynous of Mayhem before his murder (see “Top 10 Worst Crimes Commited by Black Metal Musicians.”) The following releases of Frost (1994), Eld (1997), Blodhemn (1998) were all a part of their signature black metal/extreme metal genre although their heaviest work came in the form of Mardraum – Beyond the Within (2000). Below the Lights was their last album as the original line up before beginning a new chapter, an audible change in 2001’s Isa. Isa marked Enslaved as a more contemporary black metal/extreme metal band. Their following releases Ruun (2006), Vertebrea (2008), Axioma Ethica Odini (2010), TIITIIR (2012) and their latest In Times (2015) have all worked towards solidifying Enslaved’s trajectory and importance in the heavy metal genre.

Although an immediate reaction would be to solely categorize Enslaved as a black metal band based on their musical arrangement, when looked at in depth, Enslaved’s lyrics break away from what would be considered a defining quality of the genre. While still dark when it comes to their lyrics, Enslaved also adds a bit of history by choosing to focus on topics such as Norse mythology.

Norse mythology stems from the folk religion known as Norse Paganism, which was practiced by Norsemen (group of North Germanic people) prior to Christianization of Scandinavia. This era is more widely known as the Viking Age of Scandinavia. Clearly the term “Viking Metal” is thrown around often, but the history that lies within this genre of music is deep and rich. Although not as forward with anti-religious tones as the black metal genre, Viking metal still exudes it’s own kind of anti-Christian views, thus creating a middle ground where Enslaved can be found. 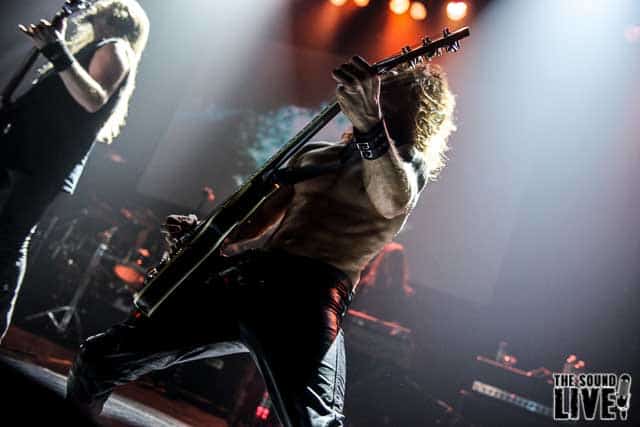 Enslaved’s current line up consists of Grutle Kjellson as lead vocalist, Ivar Bjørnson as lead rhythm guitarist/keyboardist, Arve “Ice Dale” Isdal as lead rhythm guitarist and Cato Bekkevold on drums. Although the black metal genre and overall extreme metal umbrella remains largely underground, their popularity has remained stable and progressively stronger throughout the years. Enslaved’s sold out stop at New York City’s the Gramercy Theatre (12/10/16) is a true testament to that statement.

The night started out early, with the show kicking off at 7:30. Enslaved was set to play two sets, with one focused on early material and one on their more recent material. The band began the show with “Loke” off of Frost (1994) and played through songs such as “Eld” (Eld,1997), “Jotunblod” (Frost), and “Havenless” (Below the Lights, 2003) during the first hour of their setlist.

Although heavy metal and black metal in particular bring up scary visuals, the show was filled with friendly concertgoers, many of who wouldn’t exactly fit the black metal scene. A small pit formed at the center of the theatre, as many fans walked around looking for the right place to stand. Those who rather appreciate the show while sitting have the opportunity to sit in the back end of the theatre. Rising stairs give other shorter fans like myself the opportunity to appreciate without an obstruction of view.

The second set of the show began at about 9 o’clock with songs like “Roots of the Mountain” (RIITIIL, 2012) and “Ethica Odini” (Axiom Ethica Odini, 2010). While enjoying the second set and admiring the heavy destruction in front of me, I realized the beauty that comes with live heavy metal shows. The lights were dimmed throughout much of the show with only red and white stage lights magnifying the band on stage. Much of the audience stayed put in their place and simply enjoyed with a can of beer, banging their head along to the beat of the drums. 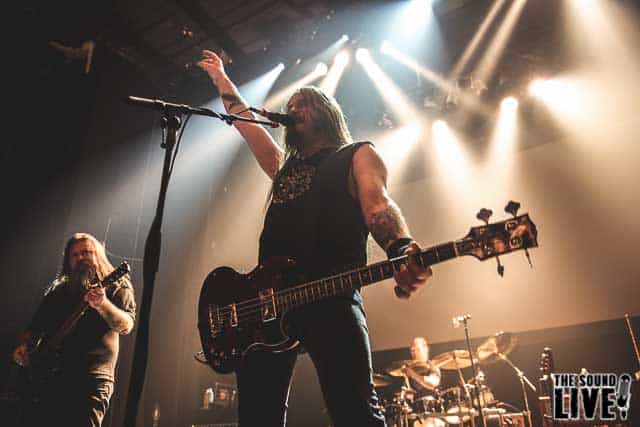 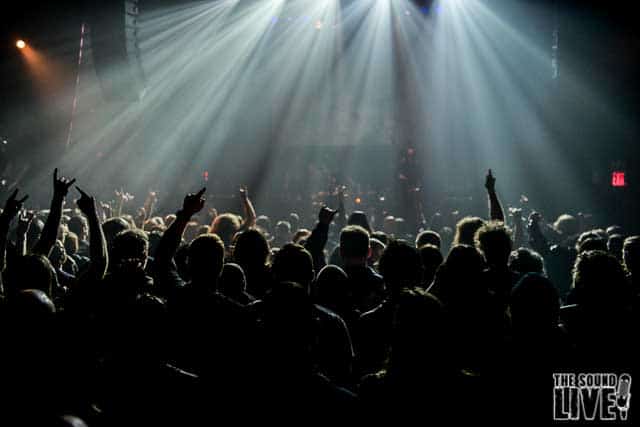 Standing on the rising stairs (an attribute special to Gramercy, and what makes them a personal favorite), allowed the entire ground floor and stage to be visible. Head banging along to the beat, I failed to notice the metalhead standing next to me had puked on the stairs. There was now a barrier between the stairs and the bar, making it harder for fans to reach a drink. I laughed and thought of that being one of the many aspects that shape the live metal show experience. It also reminded me, it was getting late and people were already wasted.

At around 10:00pm, Enslaved came out for a final encore, performing “As Fire Swept Clean The Earth” (Between the Lights, 2003) and “One Thousand Years of Rain” (In Times, 2015). Fans were fulfilled by the end of the night, a three hour set by one of the first Norwegian black metal bands and one of the most influential bands in the black metal genre overall. Enslaved is scheduled to make a return to Norway stages in 2017 and their 13th full-length album In Times released via Nuclear Blast Records is currently streaming on Spotify and available for purchase on iTunes. 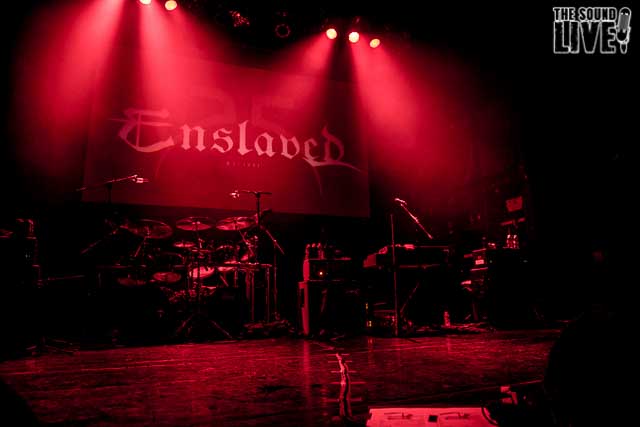 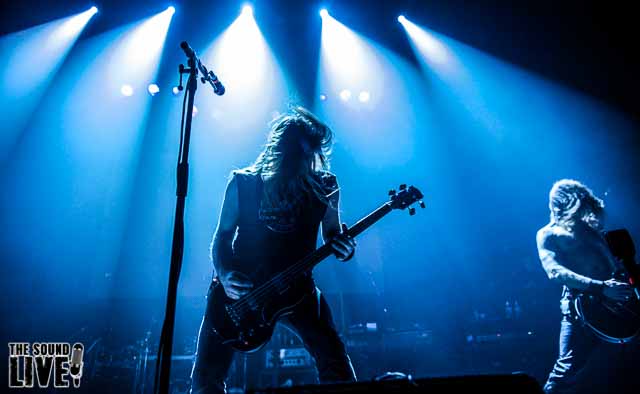 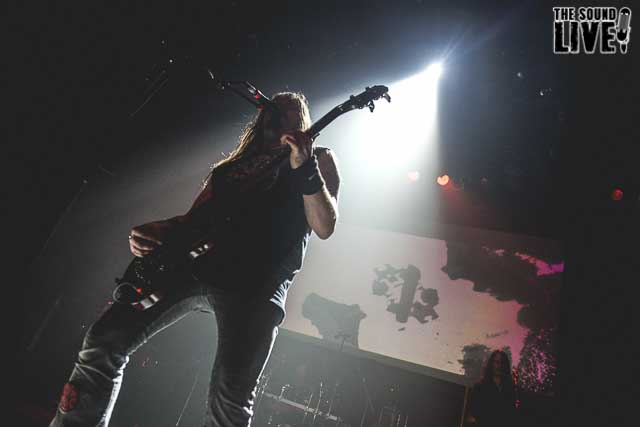 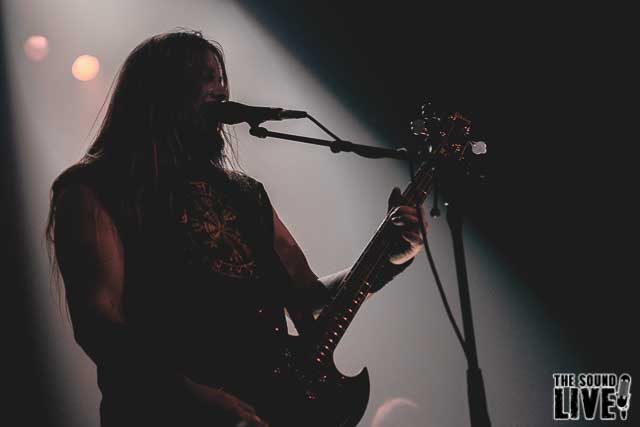 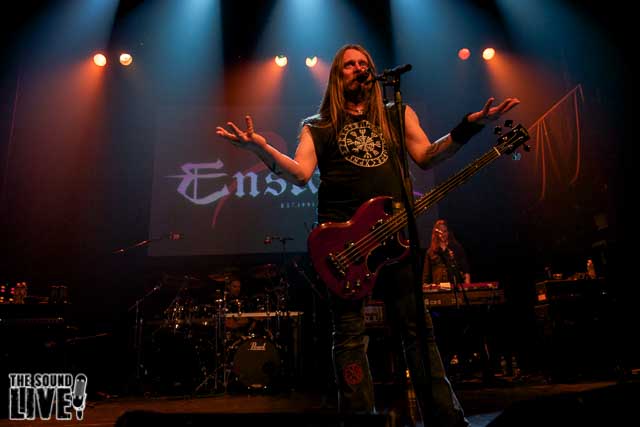 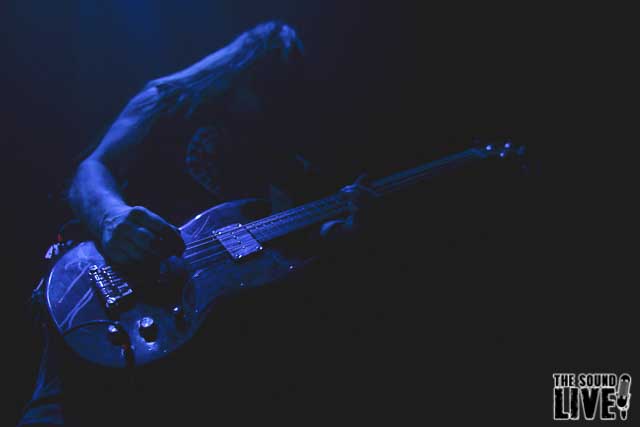 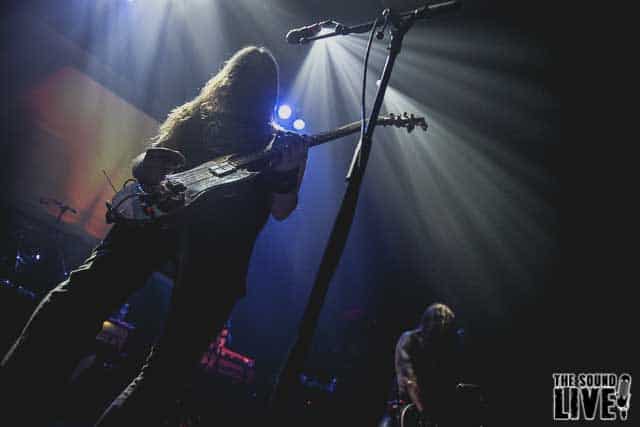 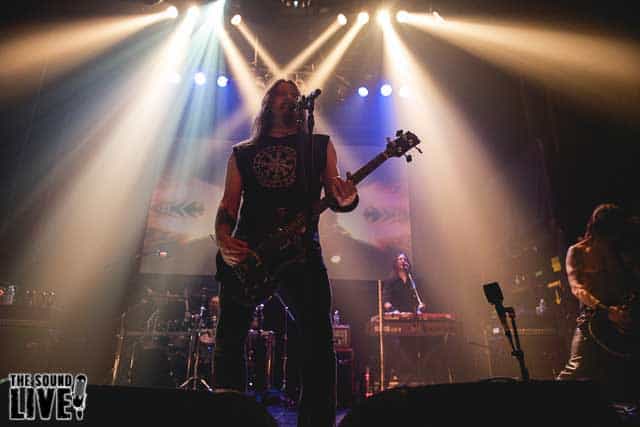 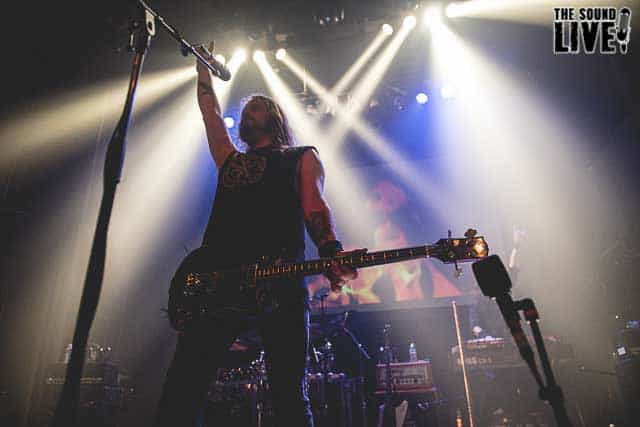 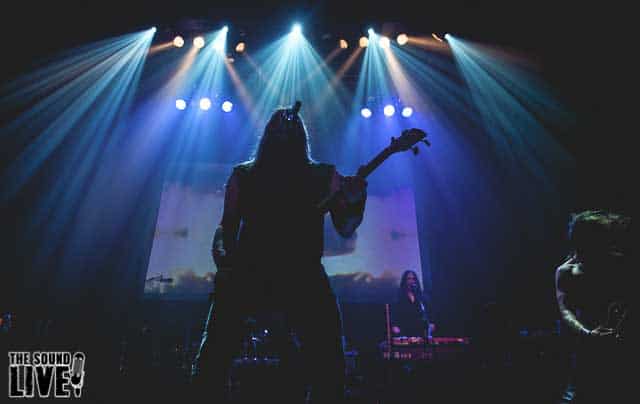 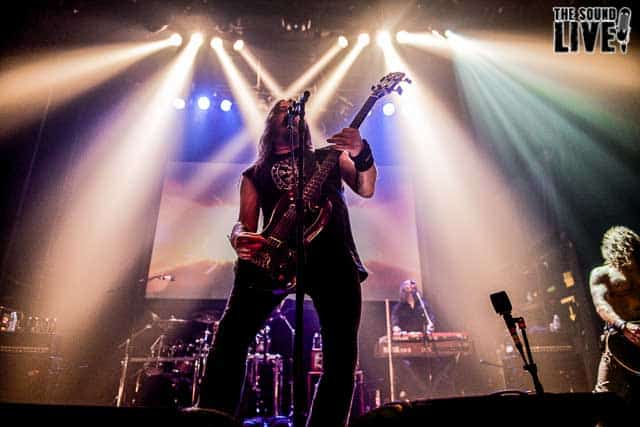 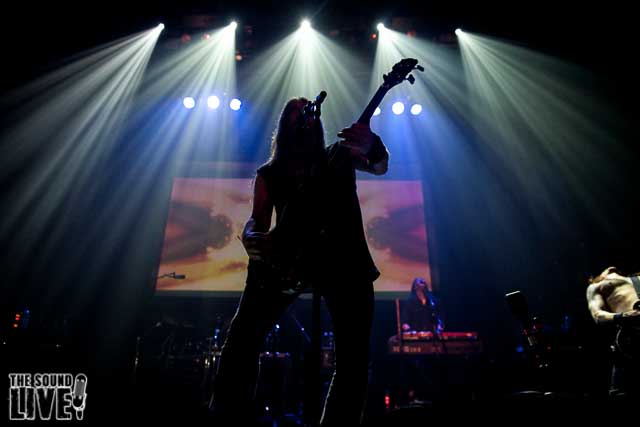 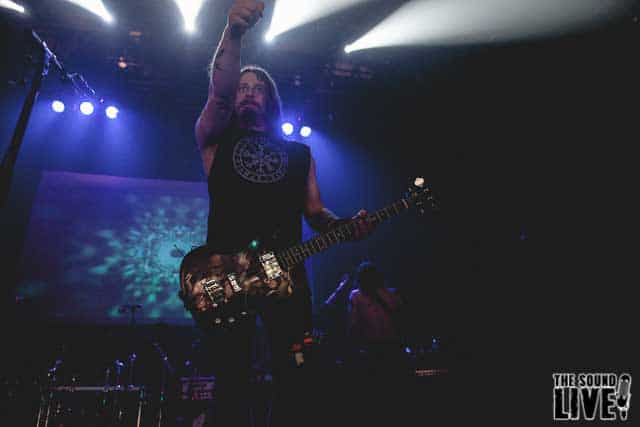 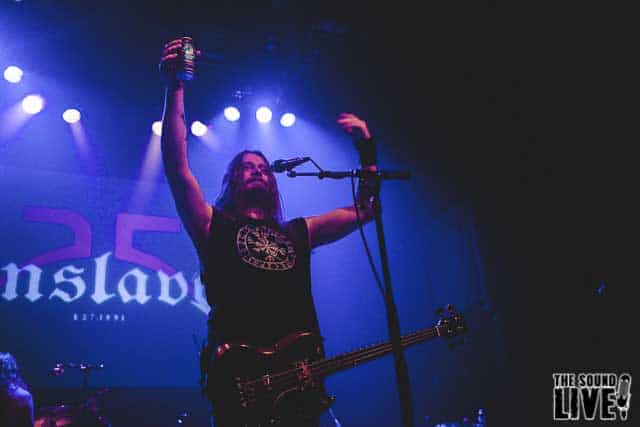 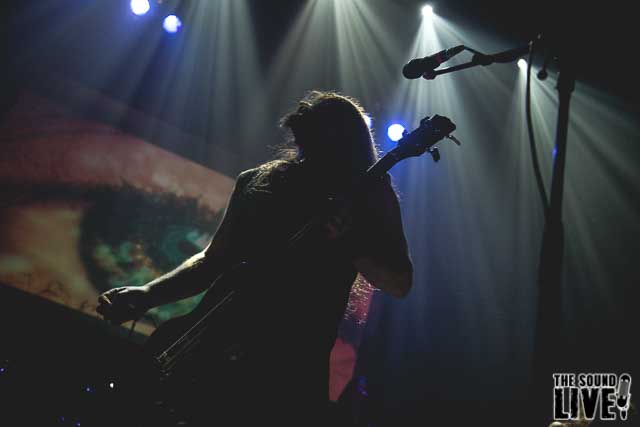 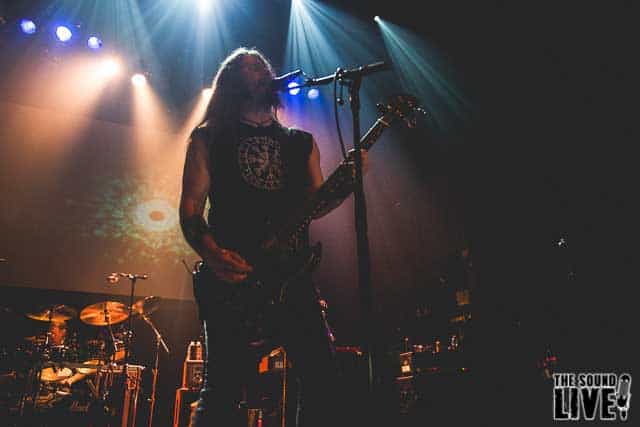 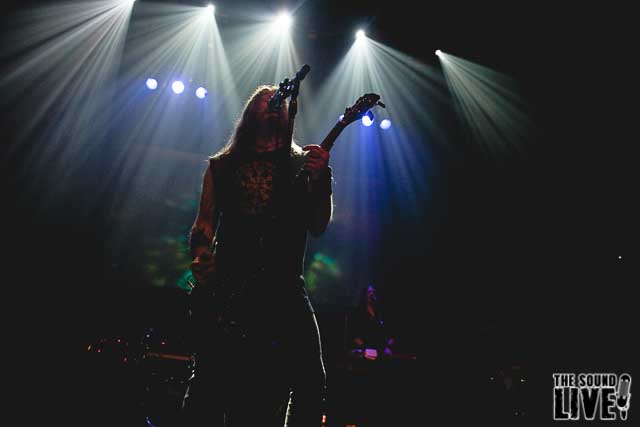 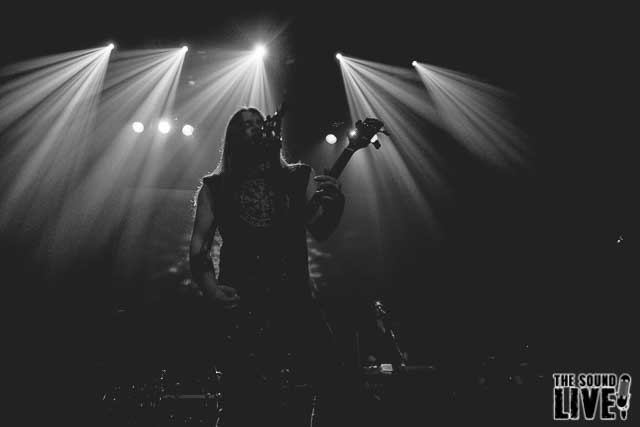