EYEHATEGOD’s music is not for everyone, but for those who do enjoy the heavy, dark and gutting feeling the music imposes on them, it is absolutely blissful. EYEHATEGOD has roamed the doom metal subgenre for the last 22 years and over the course of time, not only has the genre become increasingly popular but the band itself has also gathered a fan base that includes even some of the most famous names in heavy metal.

EYEHATEGOD currently stands as Mike Williams on lead vocals, Jimmy Bower and Brian Patton on guitars, Gary Mader on bass and Aaron Hill on drums. Throughout their 22-year trajectory, the band has had two hiatuses, one of which lasted four years. Nonetheless, the band’s fan base has remained stronger than ever and after their latest self-titled album EYEHATEGOD released in 2014, the band’s older albums have begun to resurface with an entire new generation.

EYEHATEGOD’s five-album history includes In The Name of Suffering (1992), Take as Needed for Pain (1993), Dopesick (1996), Confederacy of Ruined Lives (2000), and Eyehategod (2014). Now, if you’ve never had the chance to listen to EYEHATEDGOD, the number one recommendation is to begin your journey with their first album, In The Name of Suffering. No other album perfectly encapsulates the attitude and intense energy that defines EYEHATEGOD like their first. The beginning track is appropriately titled “Depress”, and that’s just what it might do. Again, this music is not for everyone, but it is heaven for those who chose to confront their demons in the form of music.

A person who could relate to this statement very well is Randy Blythe, front man of heavy metal band Lamb of God. On June 27, 2012, Blythe was arrested in Prague, Czech Republic on counts of manslaughter after he was accused of being responsible for the death of a fan following a fall from their stage during a concert in 2010. As a result, Blythe spent nearly an entire year in a Czech Republic jail until having the case dismissed and being cleared as not guilty. The incident is one Blythe often brings up at shows and has served as inspiration for much of Lamb of God’s musical work. 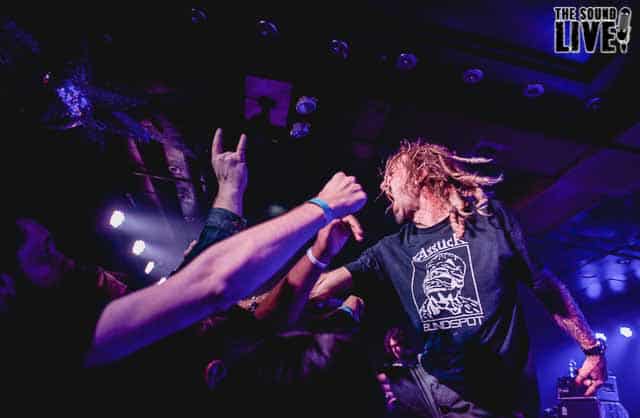 Not only does Blythe relate to EYEHATEGOD’s music but on many accounts, has displayed immense admiration for the band, having gone as far as covering their music in early shows. When lead singer Mike IX Williams fell sick during the tour and decided he was unable to continue, EYEHHATEGOD went on to recruit Blythe who was more than happy to fill in on vocal duties.

Many fans were skeptical as to how an energetic heavy metal front man like Blythe would do filling in for a doom metal front man like Williams. The magic of EYEHATEGOD shows is that Williams has no need to actively prance around the stage to hype up the crowd; the energy displayed through his growls is all he needs. Blythe is of course a different type of heavy metal front man, an energetic lead singer who growls and encourages the crowd to get wild. In a way, Blythe and Williams are complete opposites.

Of course, the fans had to turn out on October 14th, 2016 for this special opportunity and catch Blythe front EYEHATEGOD at the intimate Marlin Room of Webster Hall. The room became increasingly full with every band that played until there was no more room to move by the time EYEHATEGOD hit the stage. As the energy of the songs speed up, so did the energy amongst the fans until soon countless bodies were flying off the stage. Blythe caring as always, helped fans up and kept an eye out for the crowd.

EYEHATEGOD and Blythe played songs both old and new such as “Agitation! Propaganda!”, “Medicine Noose”, and “Methamphetamine.” Not only was the show a true testament to EYEHATEGOD’s impact on the heavy metal genre, but it was also a testament to Blythe’s character in supporting a band that he considers to be of great influence. The night was one to remember and hold as a reminder of what makes that heavy metal genre great, the ability to see different musicians support and perform together. 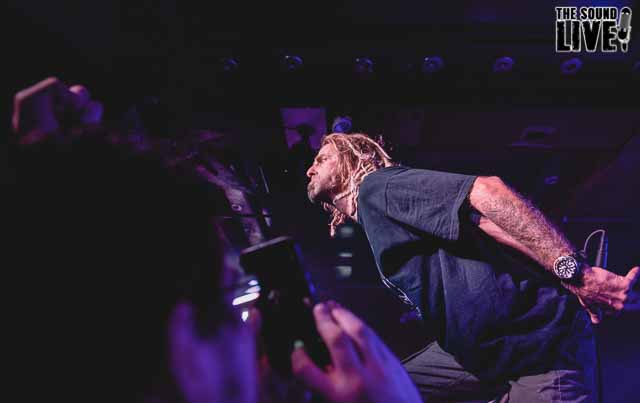 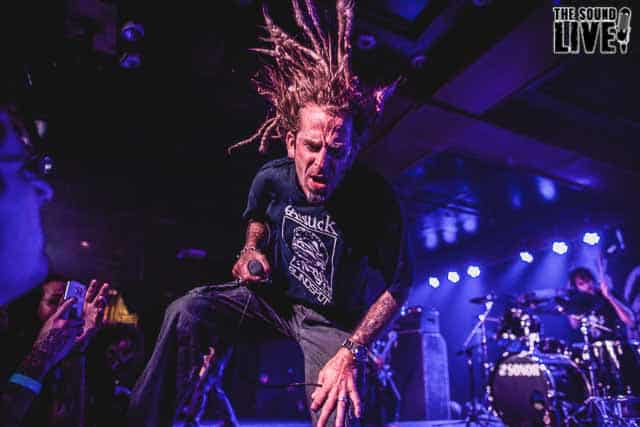 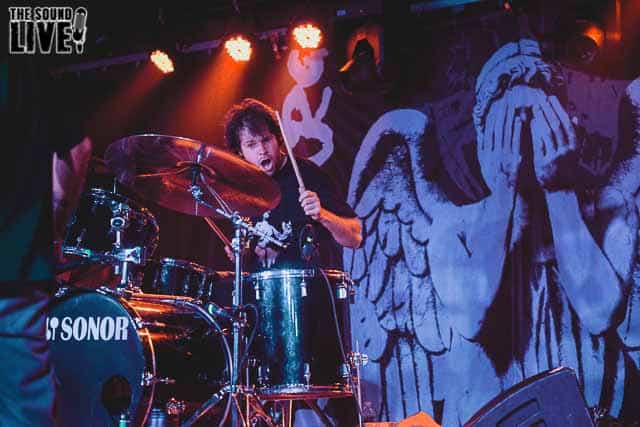 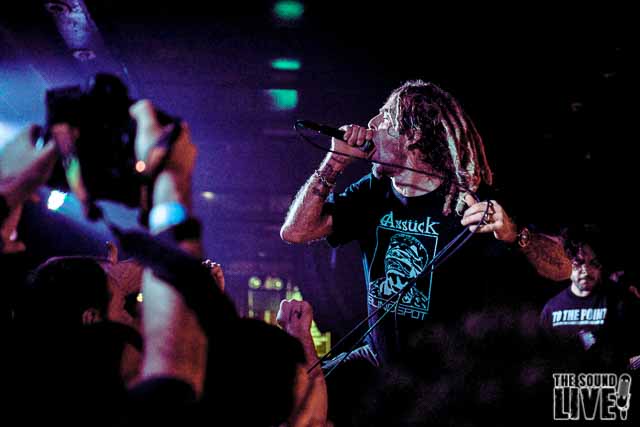 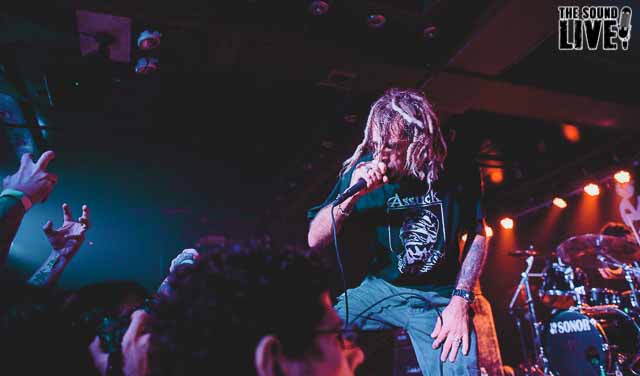 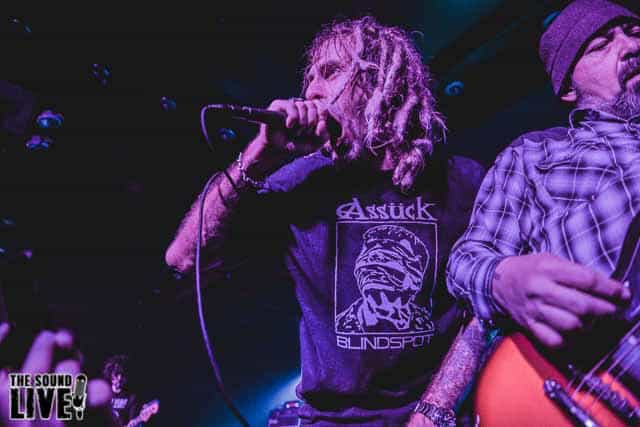 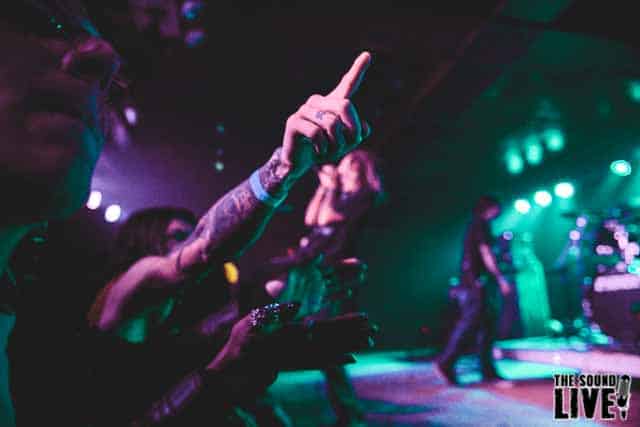 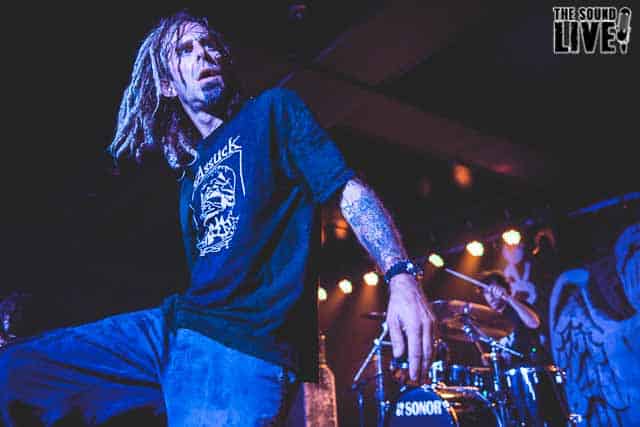 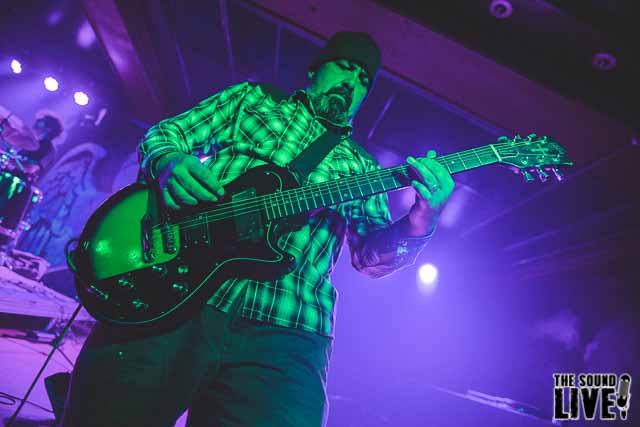 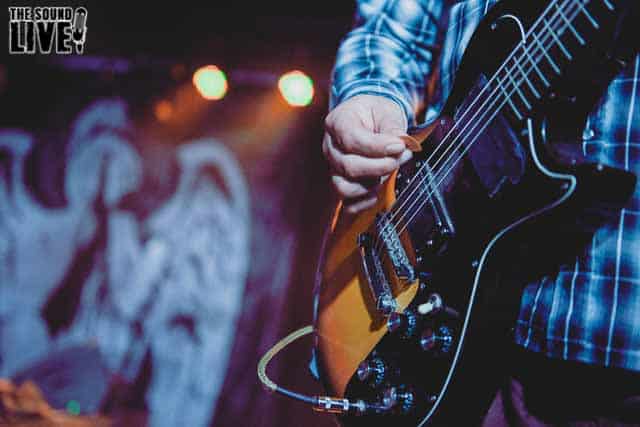 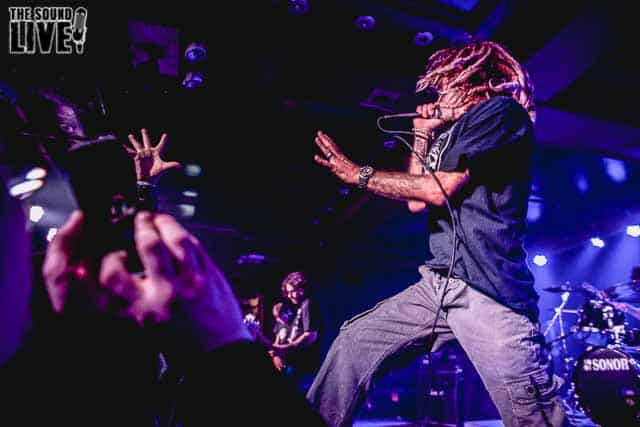 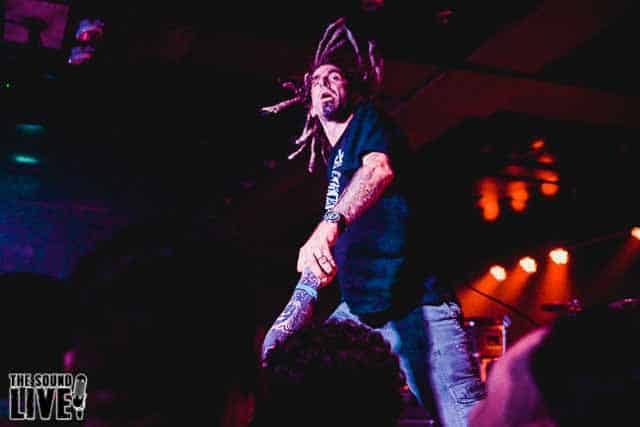 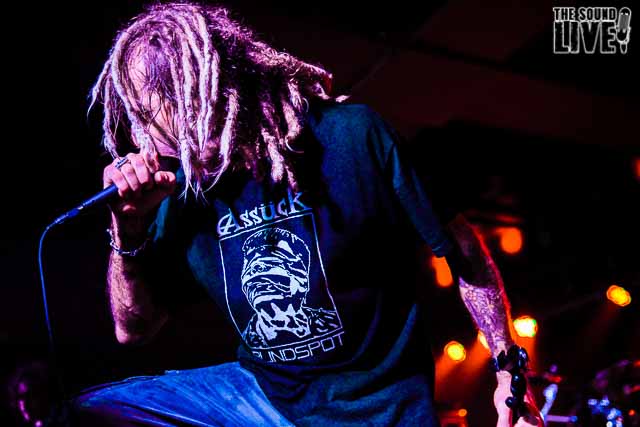 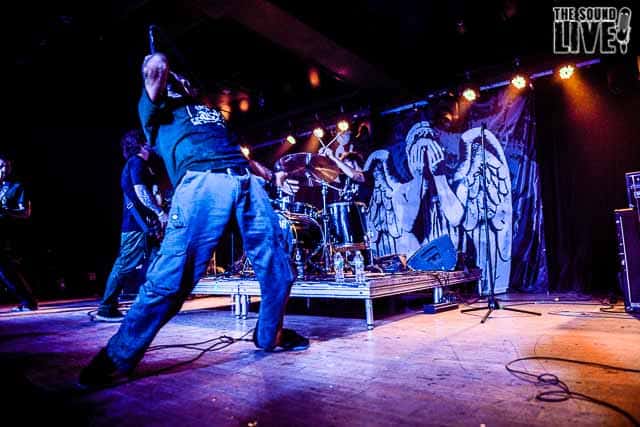 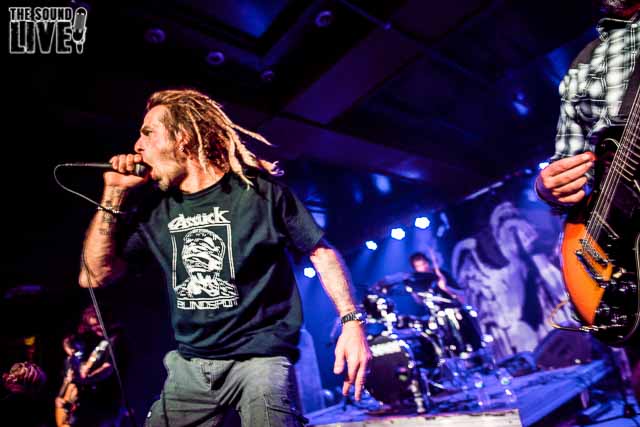 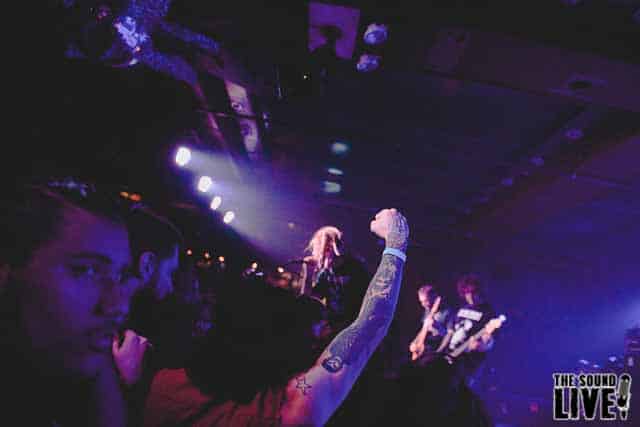 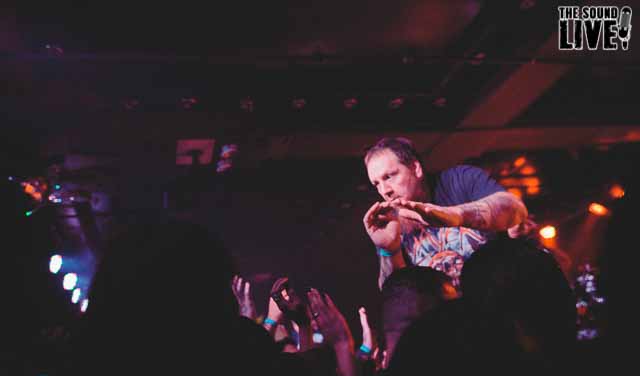 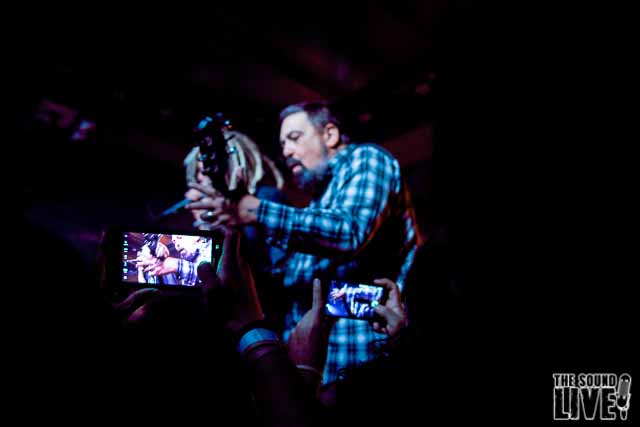