When it was announced earlier this year that Letlive, Killswitch Engage and Rise Against were going on tour together, there was excitement arising from all over the rock world. While all three bands come from the rock/metal world, they each derive from a distinct style; Letlive is a post-hardcore band from Los Angeles, Killswitch Engage is a metalcore band from Massachusetts, and Rise Against a punk rock band from Illinois. All three bands are set apart by the barriers set in their genre, however, they’ve manage to join forces and prove that they can make it work by selling out countless venues during their North American tour. 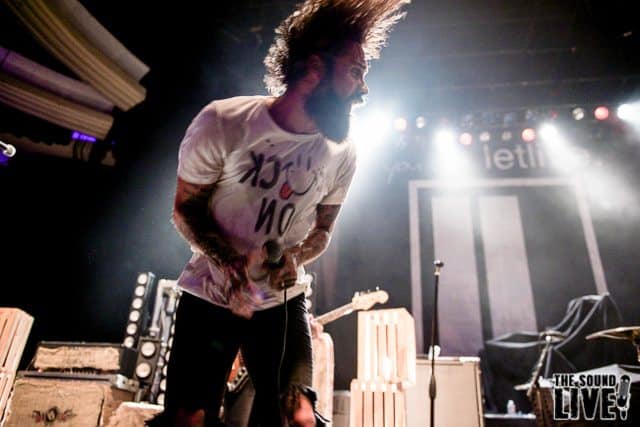 Scheduled to play two nights at The Hollywood Palladium, Thursday August 13th and Friday the 14th, the bands kicked off the first show starting with LA natives Letlive who went on at 7:30. Letlive has been roaming the rock scene since 2002, although they’ve recently received major attention for their latest album titled The Blackest Beautiful, which went on to receive acclaim from both fans and critics. Known widely as a post-hardcore band, The Blackest Beautiful pushes boundaries by experimenting with punk rock, funk and even soul. Their music is backed up by their chaotic live performances, which lead singer Jason Butler is often credited for. Always an incredible band to get things going, their energy is so explosive, it cannot be compared to that of any other band. Lead singer Jason Butler seems to have a never-ending adrenaline rush, constantly moving around the stage while belting out screams. Unafraid to interact with fans, he jumped into the crowd within the first three minutes of their set. Butler reminisced about the bands beginning playing shows “down the street for whoever wanted to see.” Their success is testimony their hard work, going from playing the streets of LA to selling out venues along with major rock bands. 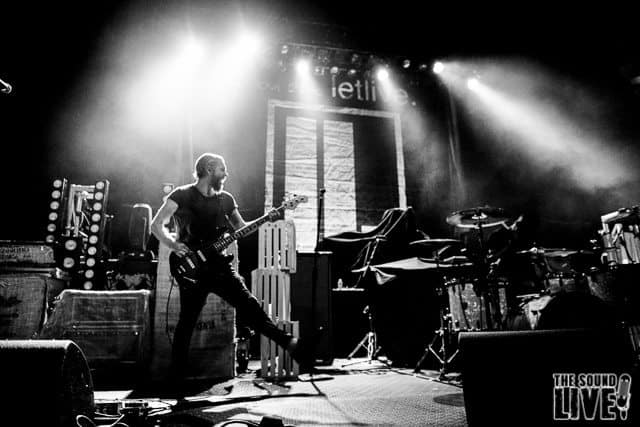 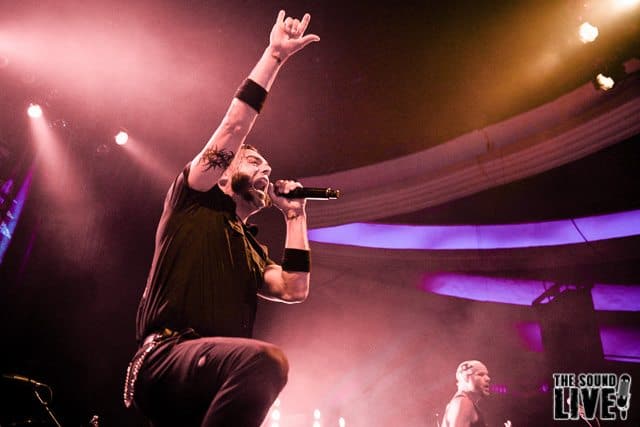 The heaviest act of the night was up next. Killswitch Engage has grown to be one of the most popular and staple acts of the metalcore genre; while many of the acts within the genre follow the same rules, Killswitch is often the exception. Their music never fails to be heavy, though it is always delivered in a very well structured, melodic and powerful way. The band’s beginning goes back to 1999, when they formed out of two discontinued bands, Overcast and Aftershock. Originally fronted by singer Jesse Leach until 2002 when Howard Jones who took over until 2012. Leach returned to his vocal duties in 2012 after Jones’ departure, continuing the bands success. Although the band is now different, not only in their sound, but also their live stage presence due to their lineup change, be sure that Leech will not disappoint; both Leech and Jones are amazing performers in their own right. This is proven with their latest album, Disarm the Descent, which continues the bands string of success regardless of their lineup changes. The bands setlist included songs like “Beyond the Flames”, “My Last Serenade” and the popular “This Fire.” Lead singer Jesse Leach made fans acknowledge their fellow tour mates, Letlive and Rise Against stating: “It’s so awesome to have a metalcore band open up for a punk rock band and have it work”; showing the unity between bands regardless of their genre. 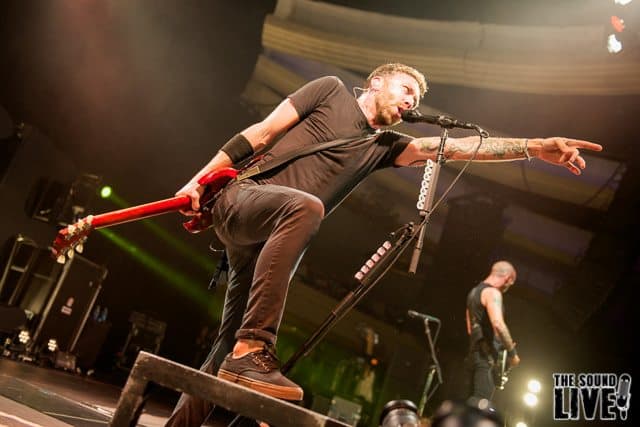 By the time Killswitch Engage finished their set, Hollywood Palladium was more than packed; with no room to stand on either the floor or balcony. As always, Rise Against guitarist Zach Blair takes the first step to come out on stage before the rest of the band follows. Starting their set with “The Great Die Off” fans were more than ecstatic to see the headliners performing. Rise Against is one of very few bands to trespass the barriers of genre’s, with an ability to appeal to everyone; young teens, so called “metal heads”, parents and grandparents could all be seen within the crowd. That is because throughout the bands 16 year career, their messages have been impactful to every person whose ever heard their music. The band is known for their advocacy of progressivism, supporting animal rights, including the organization PETA and supporting gay marriage. Before playing “Make It Stop (September’s Children)”, lead singer Tim McIlrath told the crowd: “This is a song I wrote about gay marriage, in hopes that someday the LGBT community will be treated like first class citizens instead of second class citizens.” A comment followed by claps and cheers from the crowd. The band continued playing songs like “Prayer of the Refugee” and “Ready to Fall” with the entire crowd, old and young, jumping to the beat and singing along. McIlrath also reminisced about the bands first time playing the Hollywood Palladium stating: “It was awhile before they let us headline places as nice as this. Our first show we opened for Strung Out, who else played? Poison The Well. Oh, we played second, and the opener was a band called Rufio.” The bands humbleness and positive attitude made the night ever more enjoyable while also solidifying themselves as one of rocks most gracious acts still around.

The band ended their set with the fan favorite “Savior” and thanked fans for coming out. The tour was able to expand and play two nights at The Hollywood Palladium due to the overwhelming response from fans. The bands ended the tour in Denver, Colorado on August 16th and Rise Against will embark on yet another tour starting September 11th in Quebec City, Canada. 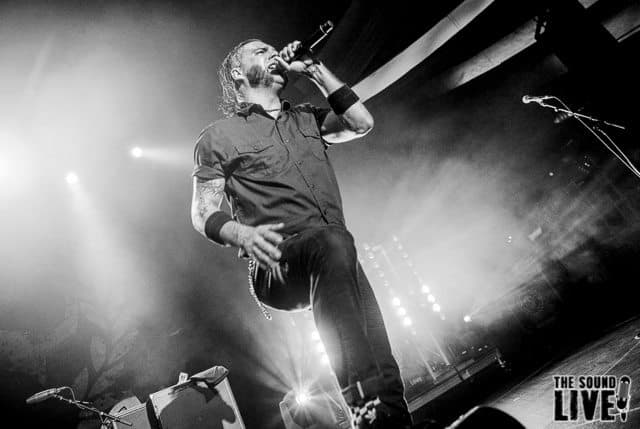 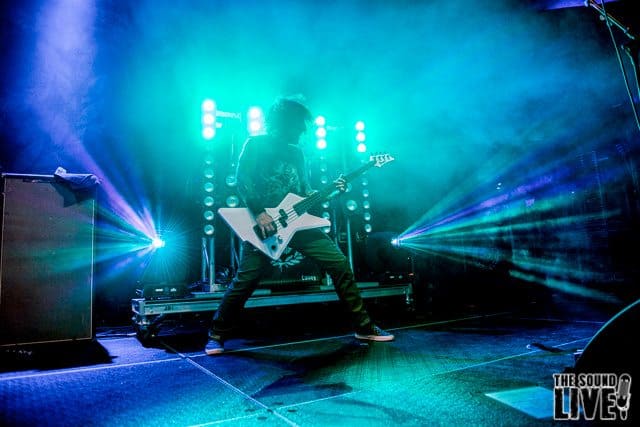 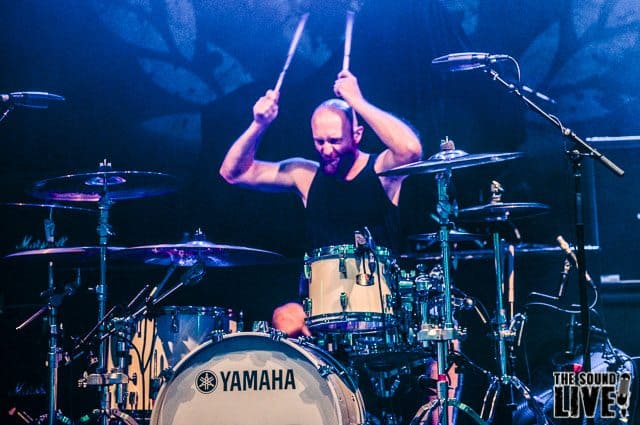 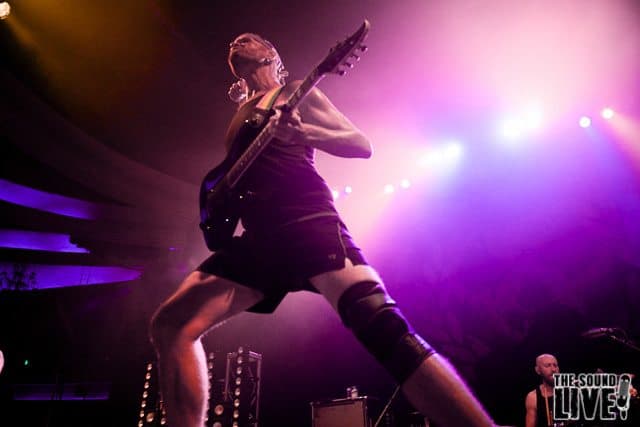 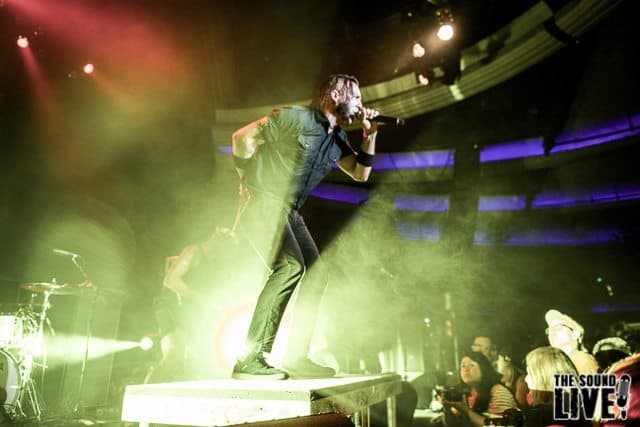 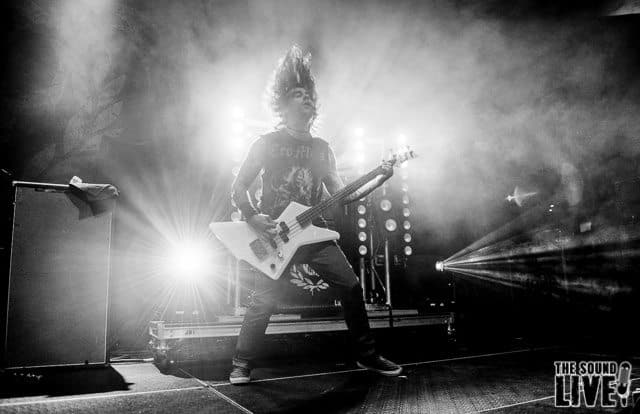 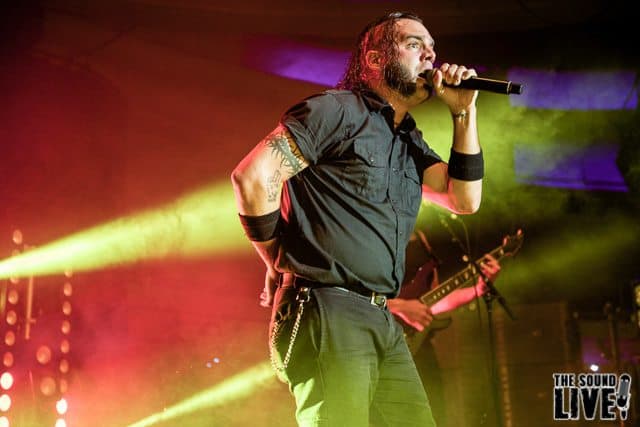 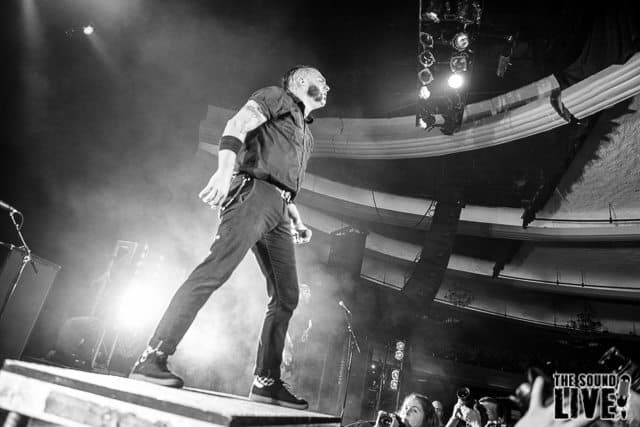 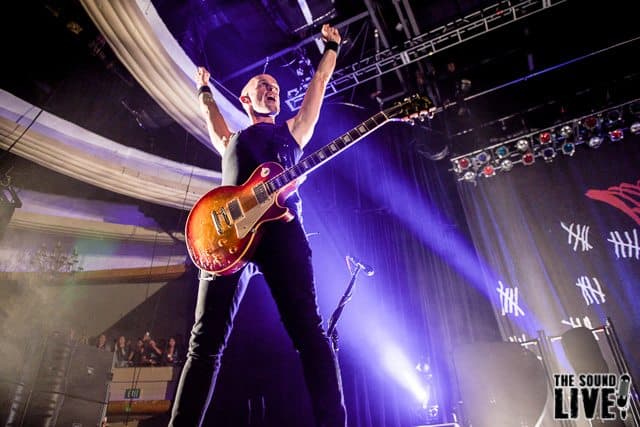 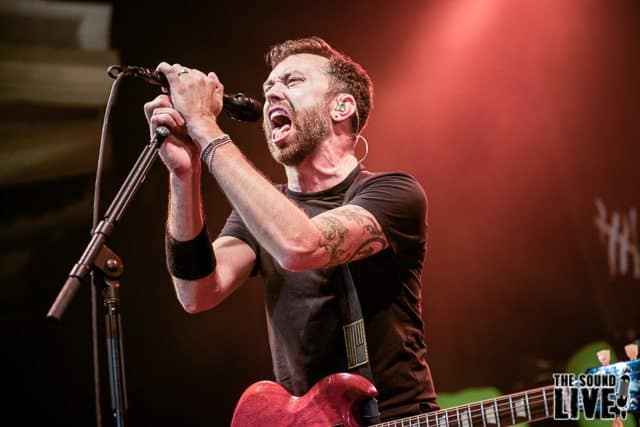 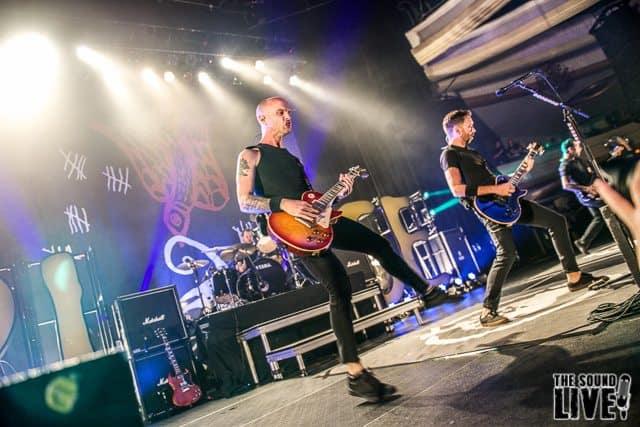 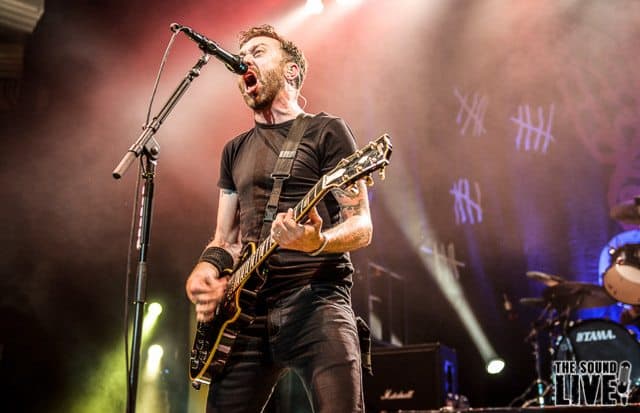 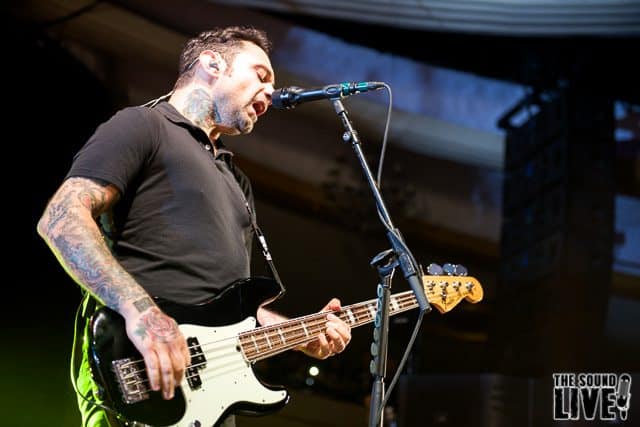 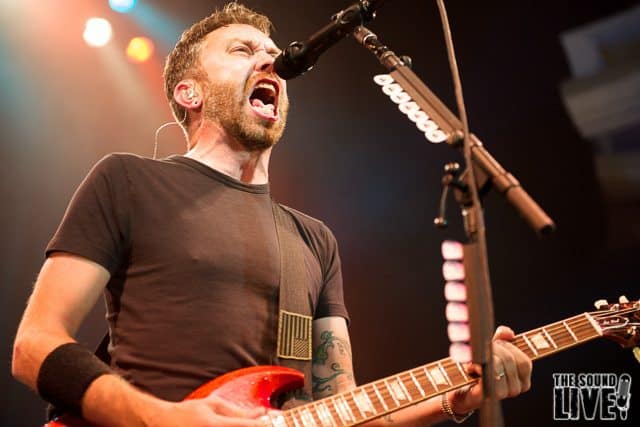 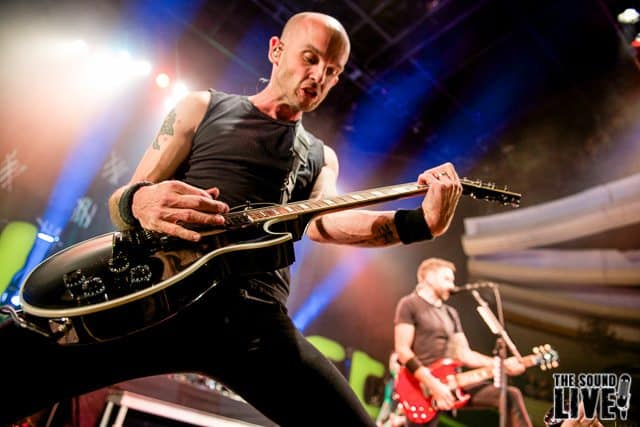 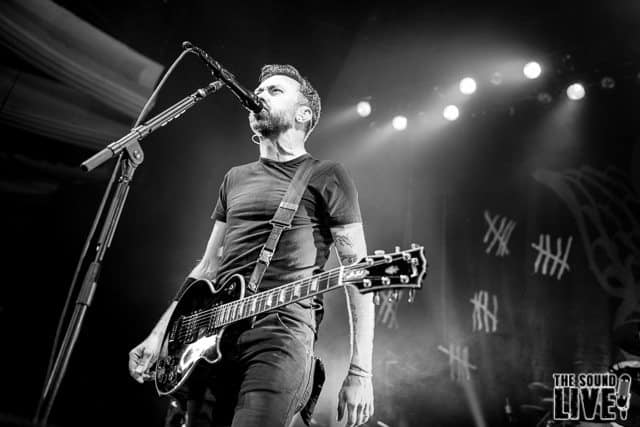 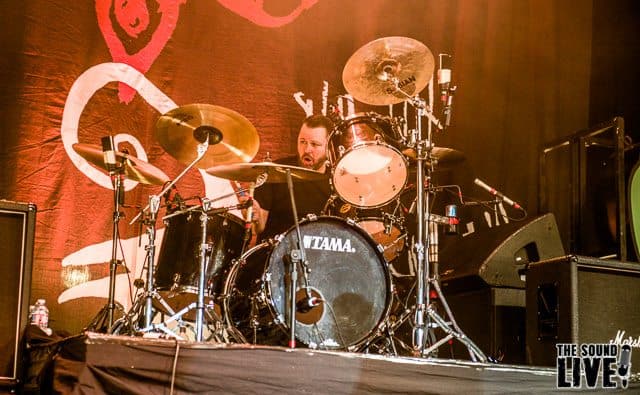 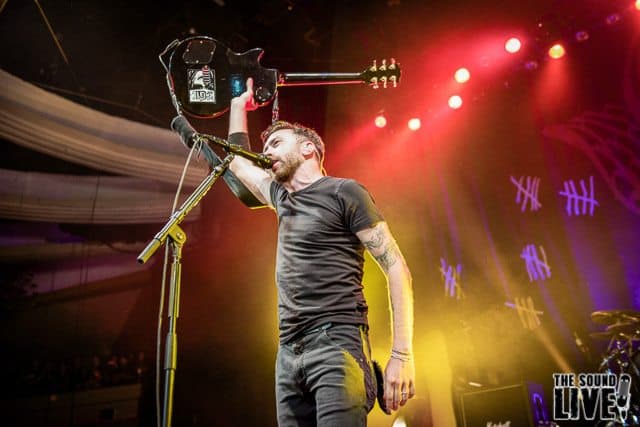 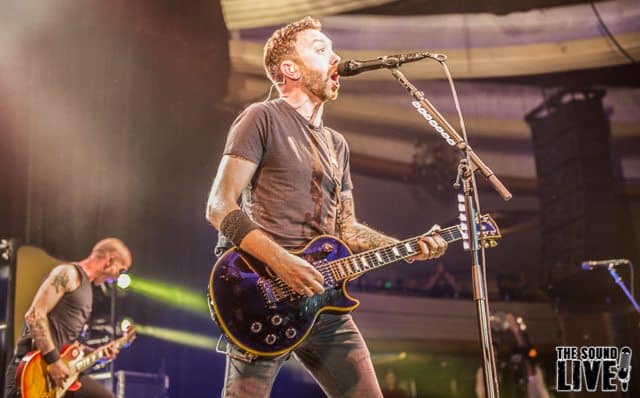 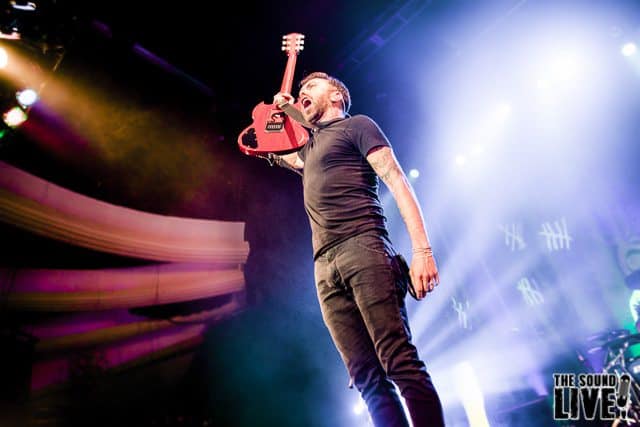