Steel Panther Brings the Party to the Gramercy Theatre 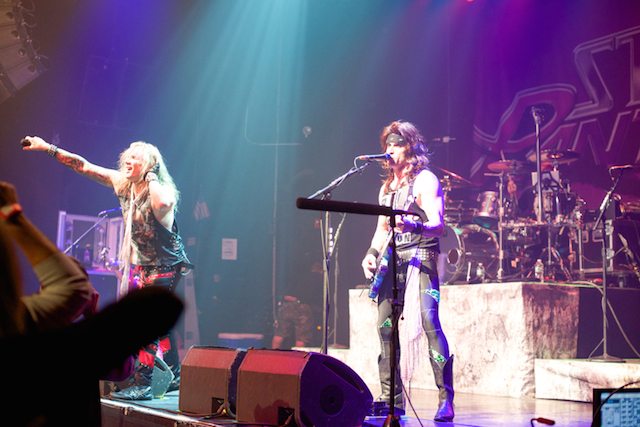 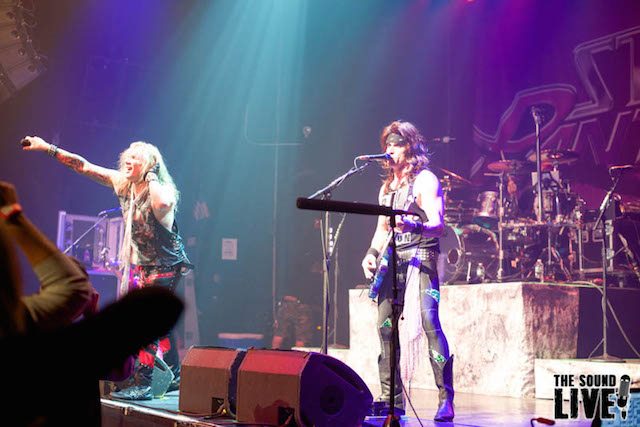 Steel Panther turned the Gramercy Theatre into a big party this past Monday night (12/29). After going on tour with metal gods Judas Priest on their Redeemer of Souls Tour (North America), the band has returned, this time on their All You Can Eat Tour. The comedic glam metal band hyped up the crowd by keeping the lights off and playing Iron Maiden’s hit “The Number Of The Beast” before coming out on stage.

Once they finally hit the stage, fans knew it was time to party and at the bands request, they brought up the energy level and sang along to each of their songs. The band is best known for putting on a comedic performance portraying the stereotypical lifestyle of the 80’s, with this being known, girls began to flash their goods continously. Lead guitarist Satchel called out one girl in particular to flash them, which she did while everyone looked on. 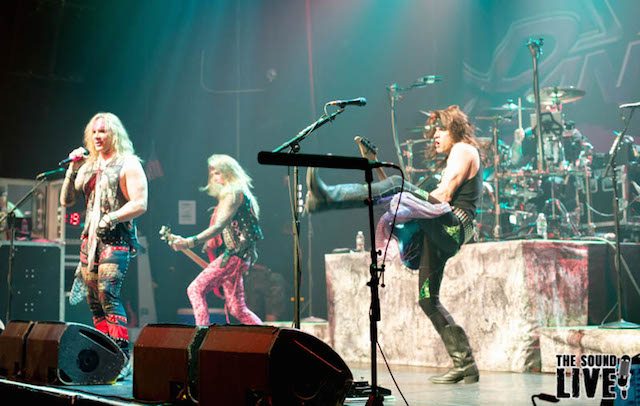 The band even brought the party up on stage when they invited up 4 girls from the front row to flash the audience, as well as make out with each other. Because it’s not a party until girls start making out with each other! The band performed many of their hits as well, like “Party Like Tomorrow Is The End Of The World”, ”Death To All But Metal”, and their new holiday inspired song “The Stocking Song.” The band closed off the show with their hit “Community Property”, a song which lead singer Micheal Starr let the audience take over in singing. To his surprise, the venue echoed with fans singing every word. By the end of the show he thanked everyone for coming out and said it felt “so good” to hear everyone sing along. The band will now go on to tour Europe to end their All You Can Eat Tour. 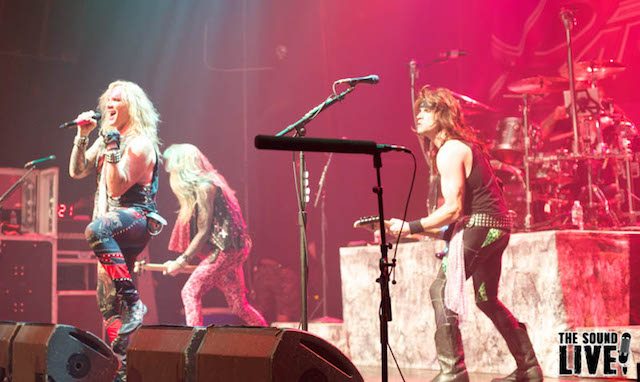 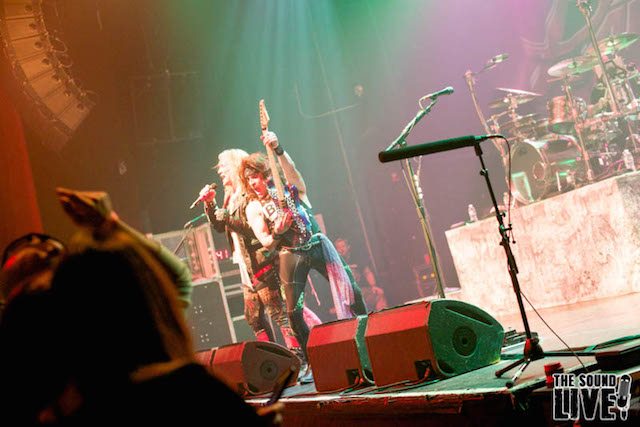 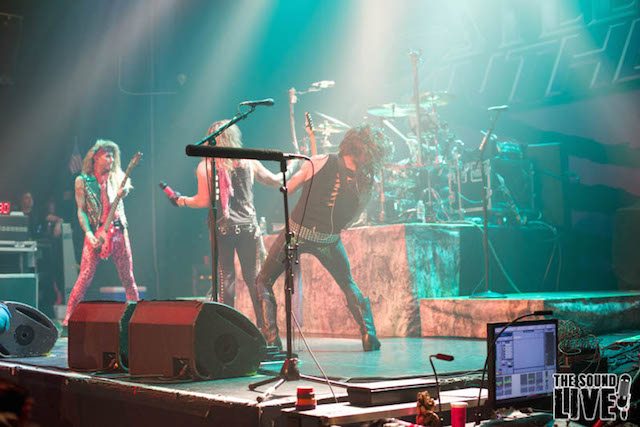 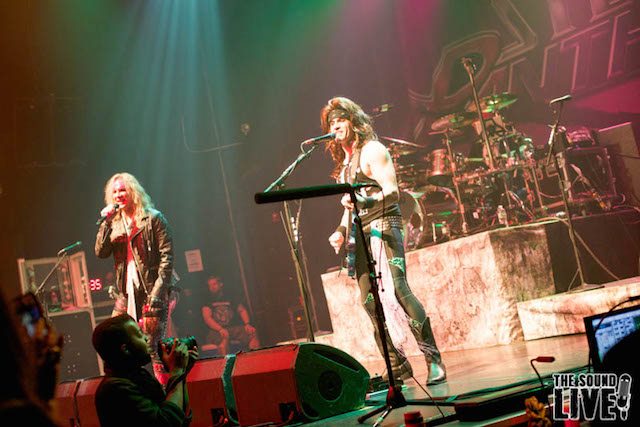 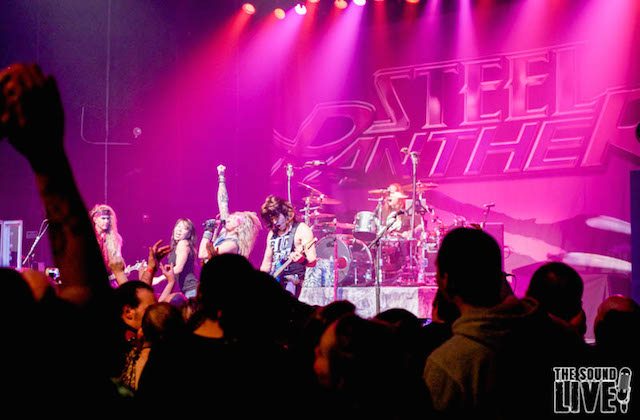 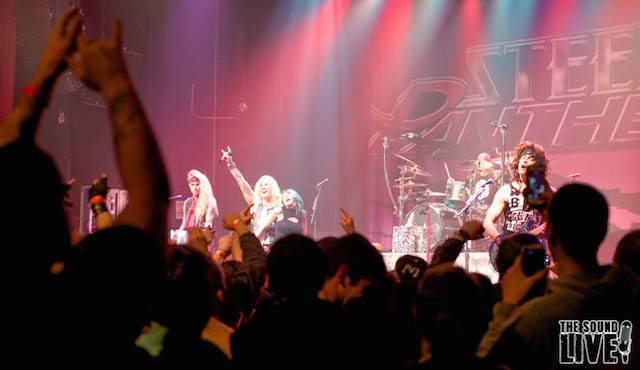 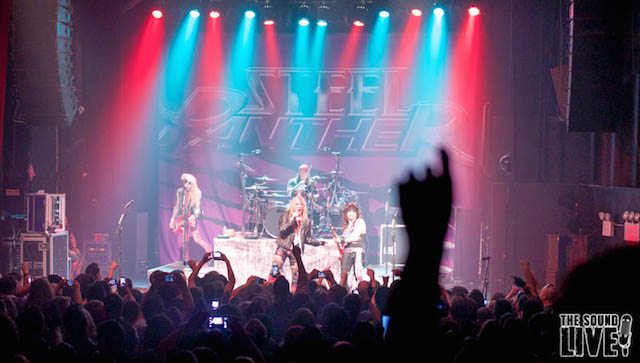