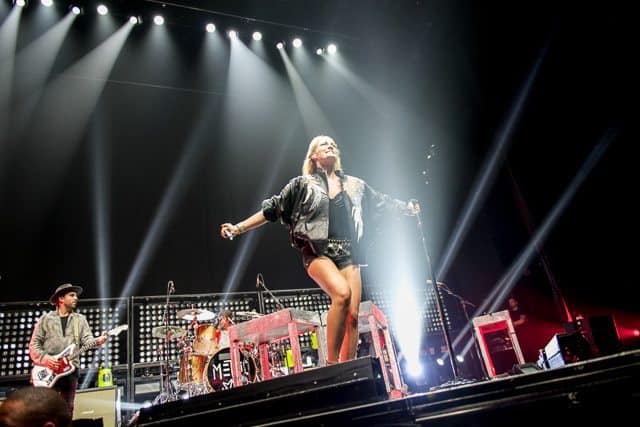 The Imagine Dragons “Smoke and Mirrors” tour has been selling out venues across the states. While they are the headlining act, the bands two openers have a following all their own. Up and coming alternative pop singer Halsey and indie rock band Metric have been a huge factor in the tour’s success. One of the tour’s stop was The Forum in Los Angeles, CA on July 24th, 2015. 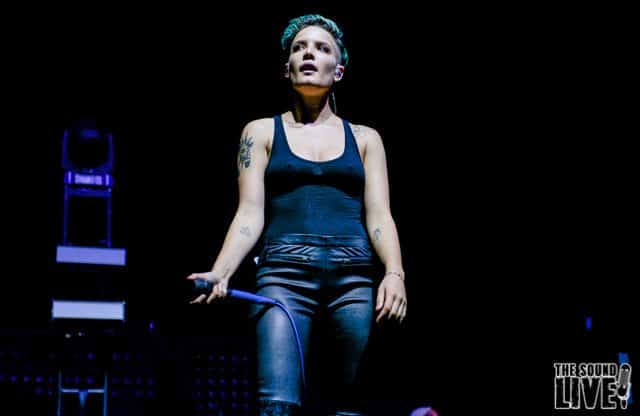 New Jersey native Halsey is an up and coming pop artist with an impressive history of followers. Halsey is the perfect modern pop star with an intelligent and strategic approach towards building a fan base. So impressive, The New York Times has recently published an article titled “Halsey, With ‘Badlands,’ Is Moving Fast to Share a Secret Language”, which further discusses her rise to fame by using social media to her advantage. As someone who was unfamiliar with her, I was blown away by the crowds response to her; for a second, it felt as if she was the headliner. The audience was cheering with happiness for the singer, a happiness which only seemed to increase with every song she performed. No stranger to the stage, Halsey worked her way around it, controlling the audience’s energy with every move. Her performance was fearless and she had the entire venue in the palm of her hand.

She performed songs from her upcoming debut album titled Badlands which is scheduled to be released on August 28th. Songs performed included “Castle”, “New Americana” and “Hold Me Down.” Halsey is the future of pop music, waiting to breakthrough into the mainstream. 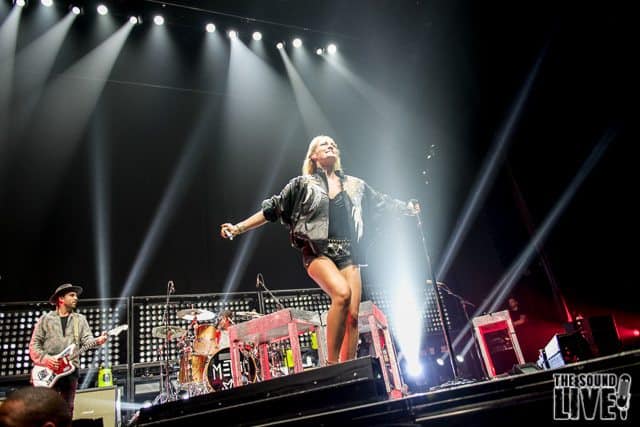 Metric is the direct support for the “Smoke and Mirrors” tour; the Canadian band was a fan favorite and the main reason why many were there. Metric has been active since 1998 and had their breakthrough success in 2009 with the album Fantasies. The albums lead single “Help I’m Alive” went on to be featured in multiple TV shows and even video games. The albums fourth single “Gold Guns Girls” went on to be a huge success as well, receiving extensive radio airplay in the U.S. With all these accomplishments under their belt, Metric has gathered enough recognition to play venues with as much history as The Forum. Lead singer Emily Haines can single handedly run a show with her high energy, charisma and genuine talent. While Haines is the main force behind Metric, the band showcases great team work on stage; a reflection of their lengthy career.

The bands indie rock roots with a hint of new wave makes it simple inevitable to move along to the beat. Their sound is contagious and hard to shake off once heard. Fans all around the venue could be heard singing along to lyrics of songs like “Black Sheep”, a catchy rock/new wave tune with lyrics we can all relate to. As a female fronted indie rock band, Metric sets themselves apart by producing material that continues to stand the test of time.  The bands upcoming sixth album is set to be released on September 28th. 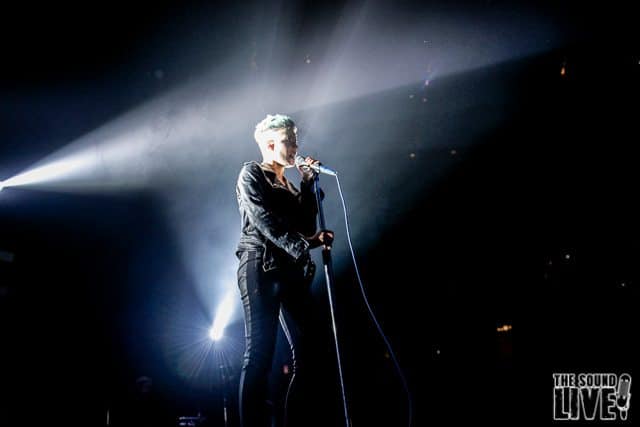 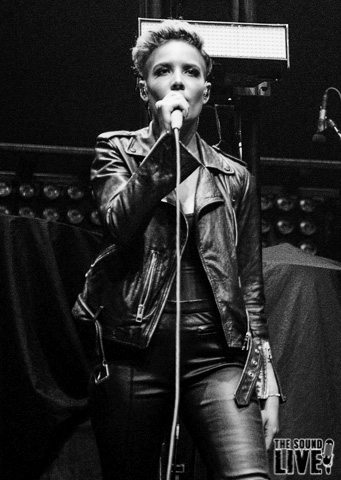 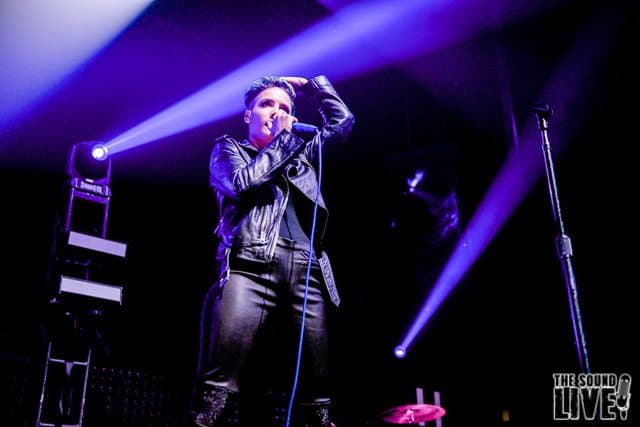 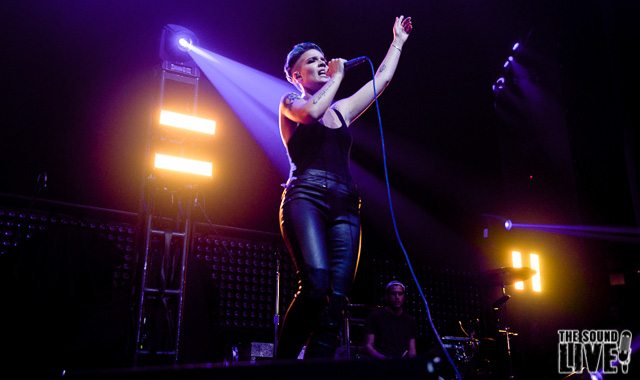 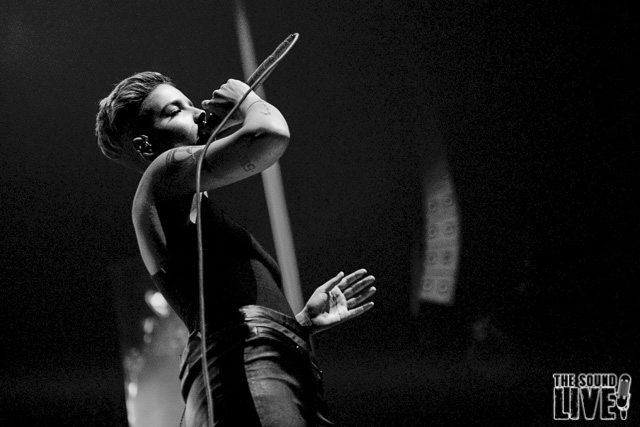 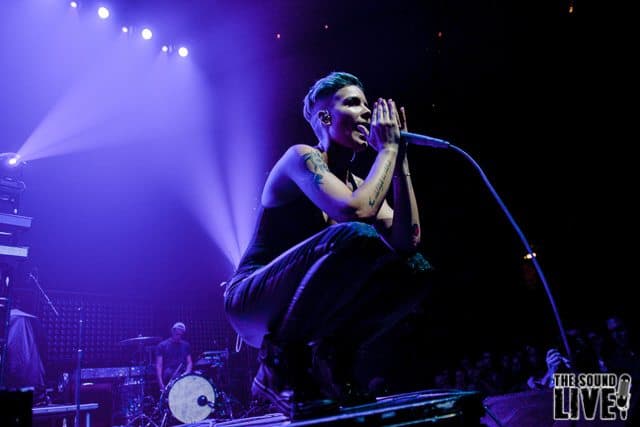 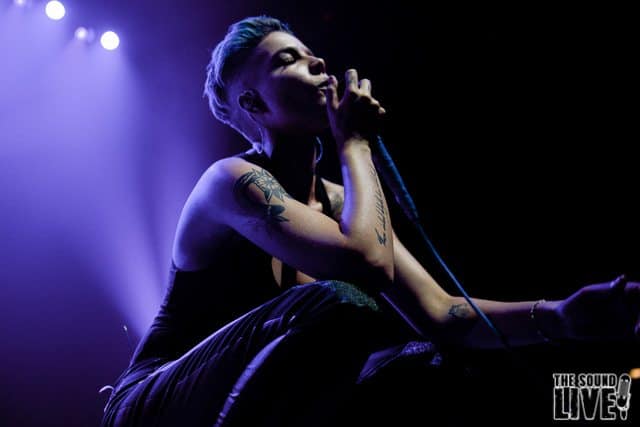 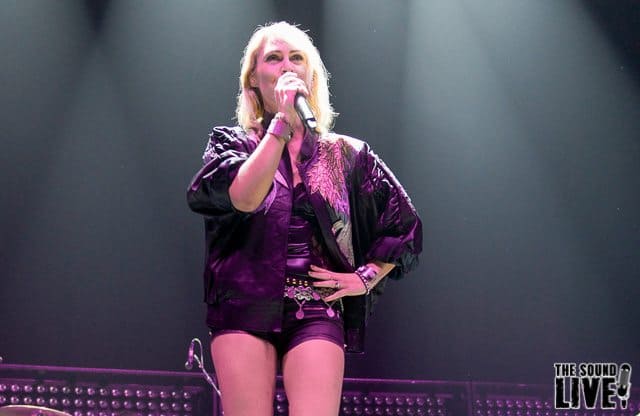 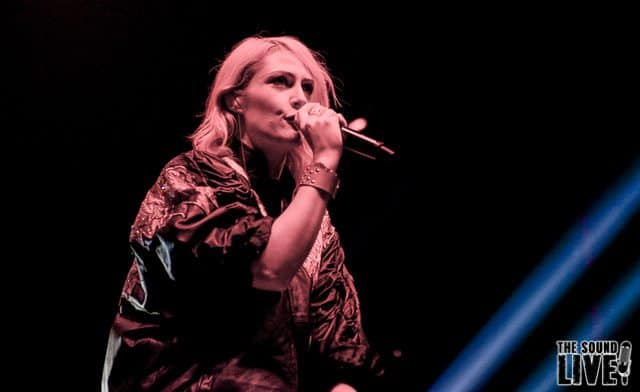 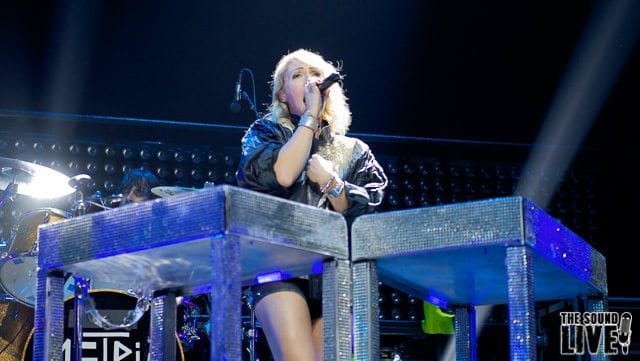 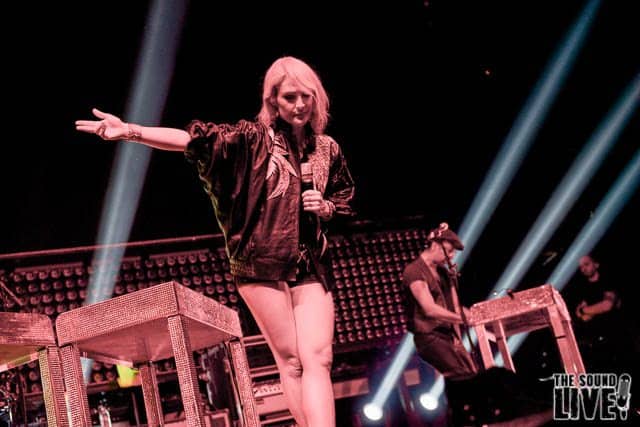 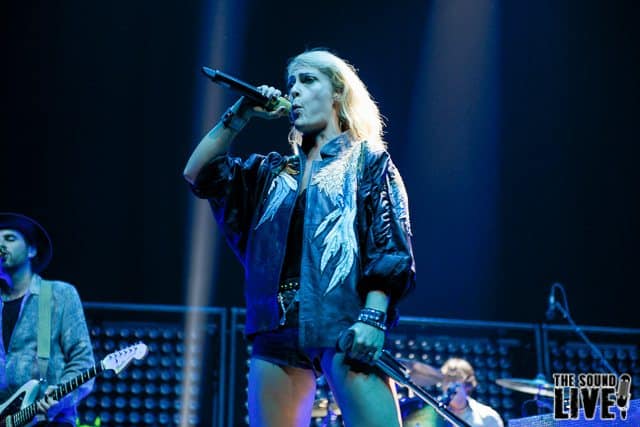 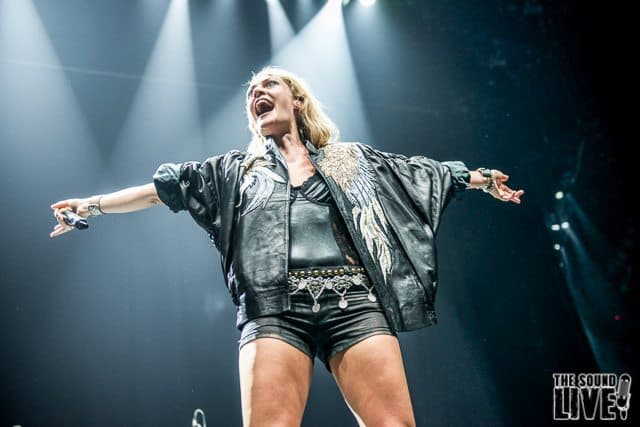 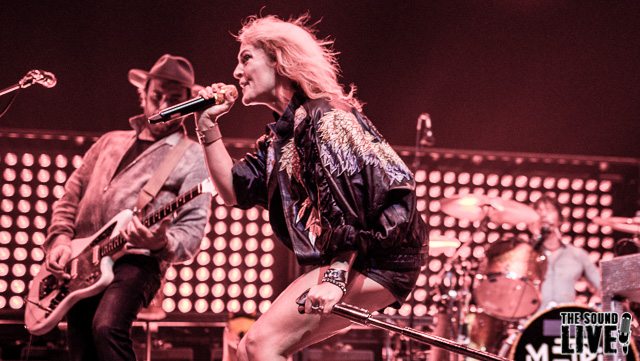 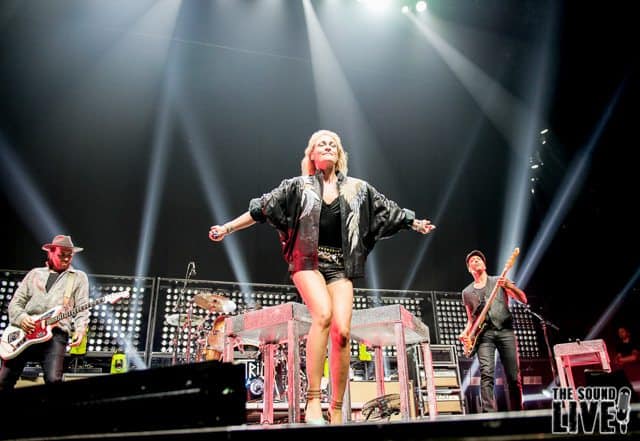 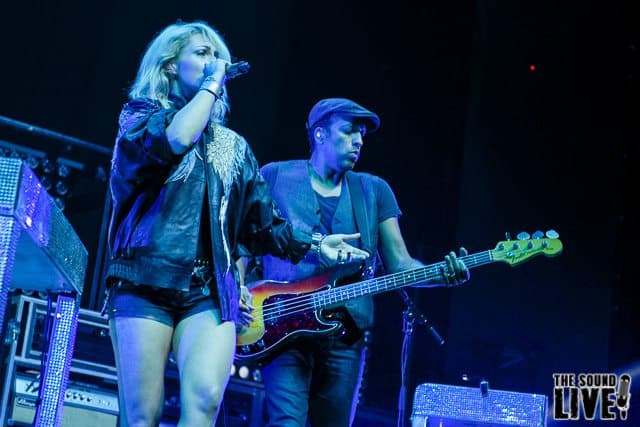 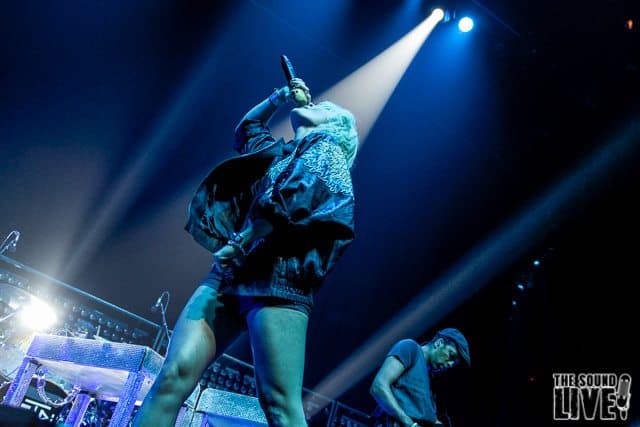 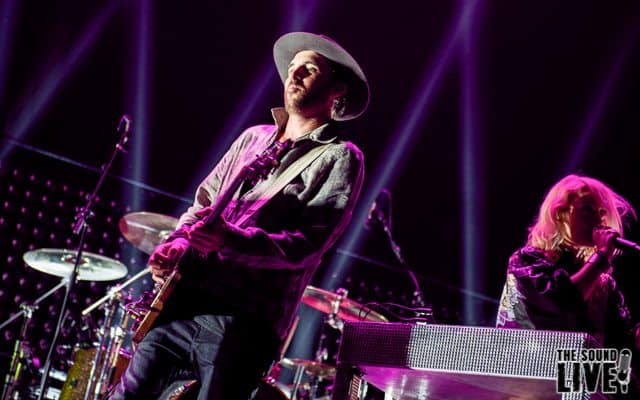 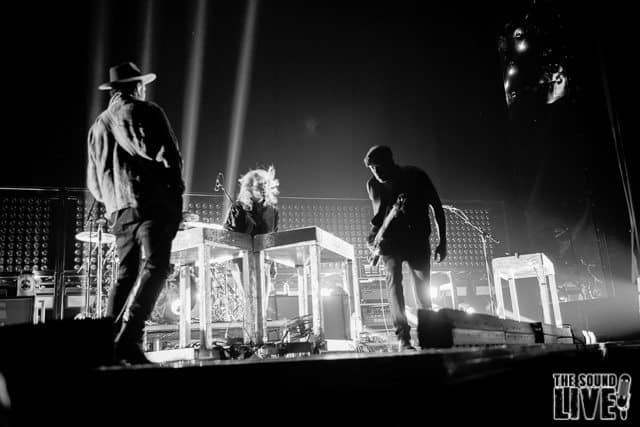 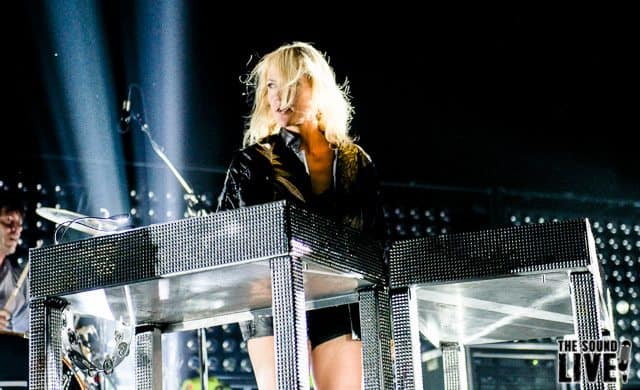