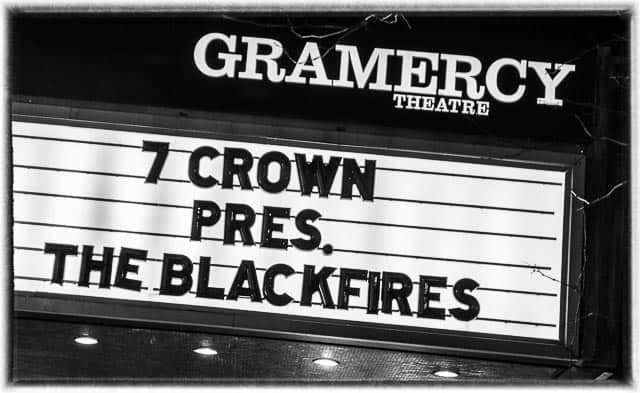 On March 10, 2017, 7 Crown Presents showcased at the Gramercy Theatre The Blackfires Rock Beast CD release with a hard hitting bill that featured Tempt, Stormgiant, Roman Sky, and The Royal Skulls.

The Blackfires are an original, hard-rock/metal band from New York City, with a sound that brings you back to the days when Zeppelin, Guns N’ Roses, and Deep Purple ruled the airways.  These guys have been called the “United Nations of Rock,” hailing from such exotic places as Russia, Costa Rica, Uruguay, the UK, and New Jersey.  In the short time that this line-up has been together they have managed to perform with some of the biggest names in rock such as Europe, Skid Row, Thin Lizzy, California Breed, and most notably, opening for Aerosmith at the Olympic stadium in Moscow, Russia.  Since 2012 they have released a six song EP entitled Live from the Cutting Room (2012), and the 4 song, Can’t Get Over You (2014).  Their newest release, and the reason we were all here tonight, is entitled Rock Beast.  A full length CD composed and written by The Blackfires. Rock Beast was also produced by members of The Blackfires, Hector Marin, Joe Mitch, and Andrey “Cheggi” Chegodaev and engineered by Joe Mitch and Hector Marin.  It was mixed by Anthony “Rocky” Gallo at Virtue and Vice Studios in Brooklyn and mastered by Maor Appelbaum at Maor Appelbaum Studios in California.

The Blackfires are a seriously talented collection of musicians. On lead vox, from Moscow, the mesmerizing Andrey “Cheggi” Chegodaev.  Cheggi’s vocal styling and onstage antics, while uniquely his own, has been likened to Robert Plant and Ian Gillan.  On lead guitar and backup vocals, from England, Anthony Mullin, who has played with such notables as Brad Whitford, Joe Perry, and Steve Vai. His blistering bluesy guitar lead-ins and searing solo’s is what this woman believes rock n roll is all about.  Also alternating on lead guitar and backup vocals, is the classically trained Costa Rican rocker, Hector Marin.  Hector delivers intricate lead-ins and hair raising rocking rhythms with a merciless consistency. On bass is the Uruguayan born, Grasebo Doe. Grasebo plays the bass with a vengeance, hair flying all over the place while working the stage from one end to the other.  And saving the best for last as it has become somewhat of a joke among my friends my fondness for drummers, we have the band’s self-proclaimed “secret weapon” from the wilds of New Jersey– drummer and backup vocalist, Joe Mitch, whose head-banging drum beats, cymbal crashes, and vocal harmonies drove this bus all evening.

“… And the Silken, sad, uncertain rustling of each purple curtain

Thrilled me–filled me with fantastic terrors never felt before;

So that now, to still the beating of my heart, I stood repeating,

‘Tis some visitor entreating entrance at my chamber door–

Some late visitor entreating entrance at my chamber door’”

As the theatre went dark, the “Rock Beast Prelude” could be heard over the sound system. One by one the band entered the stage, manning their instruments and striking the first chords of “Can’t Get Over You”, off of their EP of the same name, as Cheggi made his entrance. This was one of the first songs I came across while researching the band in anticipation for this show. Watching the video, while well produced, does not ever prepare you to see it performed live on stage. The opening riff and climaxing penultimate solo from Anthony along with the consistent pounding of Joe’s drums and Grasebo’s driving bass had my head banging. Cheggi hits them high notes that would have given Plant a run for his money back in the day. This catchy hook driven tune warmed up the audience for what was looking to be a high-energy, balls-to-the-wall set. 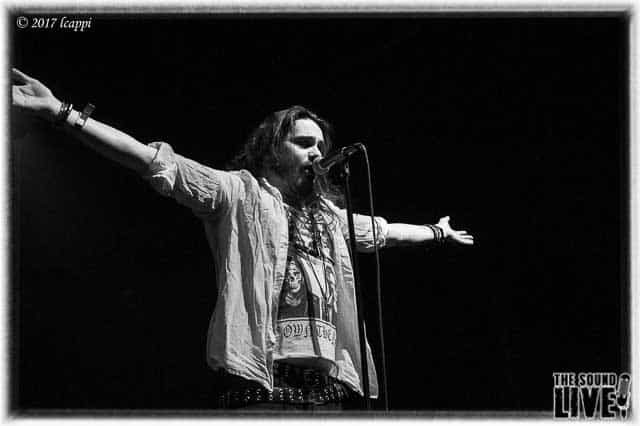 They continued the momentum playing the majority of tunes off of their new CD Rock Beast. Joe was kind enough to send me a preview copy so that I could familiarize myself with the songs before the show and in my humble opinion this CD is a head-banging throwback to the heyday of metal with influences of Guns N Roses, Black Sabbath, Alice in Chains, Judas Priest, and White Zombie. Rock Beast is chock full creative intro’s, serious riffs and tremendous guitar solo’s, lots of drums and bass, distinctive vocal melodies, great hooks, and identifying lyrics.  I have been playing Rock Beast A LOT and was pleased to hear some of my new favorite songs live including “Leaving Town,” with its amusing lyrics and Anthony’s scorching guitar solo halfway through the song. “Make You So Bad” which has a notable rolling tom/guitar intro and a great hook. I really enjoyed Hector’s classical guitar influence on the intro to “Overdose”. “Erase My Memory” has a metal-anthem feel and a hair-raising dual guitar solo. Then there’s “Whiskey,” with its sing-along, catchy chorus: “Taste the Whiskey from my lips, Honey off your hips…”

The band went on to deliver a blood pumping rendition of Motörhead’s “Ace of Spades,” and how could it not be with the dirty guitar sounds coming from Anthony and Hector, Cheggi’s high energy vocals and Grasebo and Joe”s hard driving rhythm section; they did Lemmy proud.  The boys left the stage after this to the crowd chanting “more, more, more.” After about 5 minutes, Joe returned to the drum kit to a rousing cheer which led into something you don’t see very often on the local circuit, a drum solo.  Joe is a very modest musician having told me during a recent chat that he “prefers to play for the song and come up with tasty parts that complement the songs over being a soloist”.  I personally feel there should always be a drum solo, and for a few minutes I was in heaven, zoning out to the primal, crushing rhythms, sticks flying over snare, toms and crashing cymbals and then the guitars and bass joined in creating an incredible crescendo until the last chord struck and the last cymbal crashed, yes… drummers rule!!!.

Next up was “Gambit” off of the Live from the Cutting Room EP a rollicking hairband throwback that really spotlights Cheggi’s amazing vocals. Notable here was Anthony’s bluesy hook and a blazing, headbanging solo by Hector as Grasebo and his thunderous bass did the madman dance across the stage, with Joe harmonizing while thumping away on the drums.  They closed their set with another Rock Beast song “Bad Love.”  I absolutely loved the jazzy opening cymbals of this song followed by lots and lots of drums, and crazy guitar solo’s…OMG!!!

All in all it was a great night of head banging, sing along rock n roll.  My partner in crime, Andrew Giordano of The Black Cats NYC, told me that he felt like he was back in Brooklyn hanging out at the heavy metal mecca known as L’Amours. So do yourself a favor, pick up this CD and make sure to see these guys live while they’re still on the local circuit, because it may not be for long.

For more information on the band and to grab a copy of Rock Beast check out the links below:

You can purchase their other EPs here:

Live From The Cutting Room: https://www.theblackfiresmusic.com/live-from-the-cutting-room/

Can’t Get Over You: https://www.theblackfiresmusic.com/cant-get-over-you/ 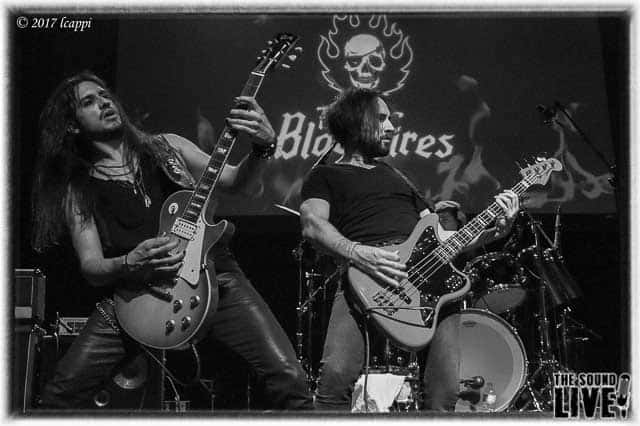 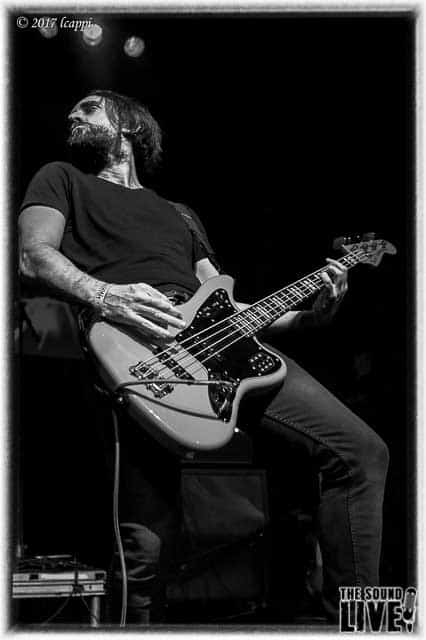 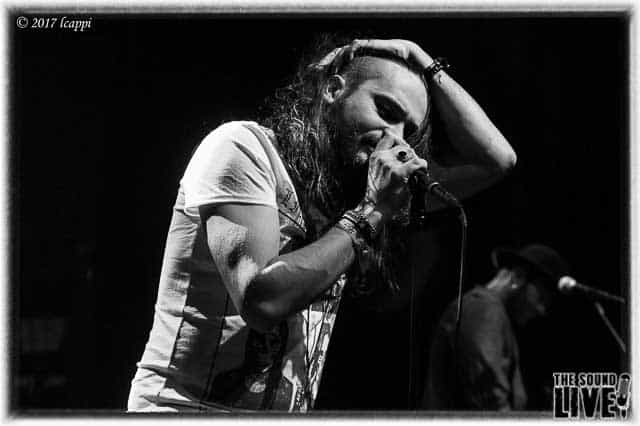 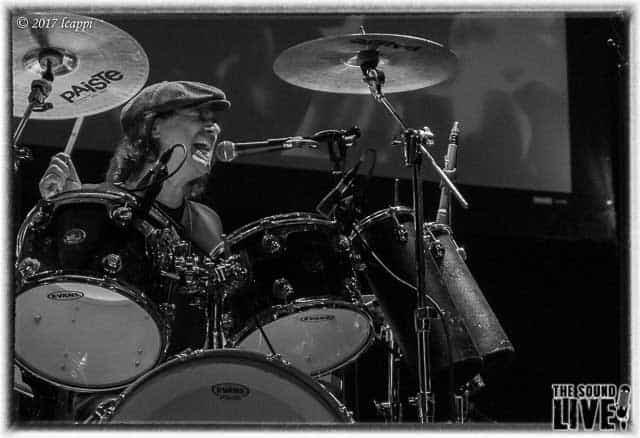 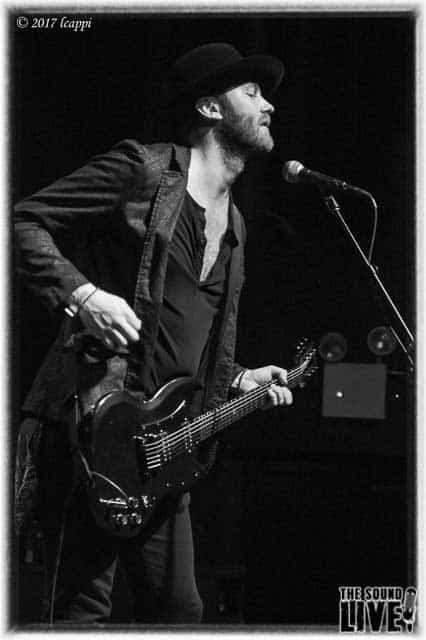 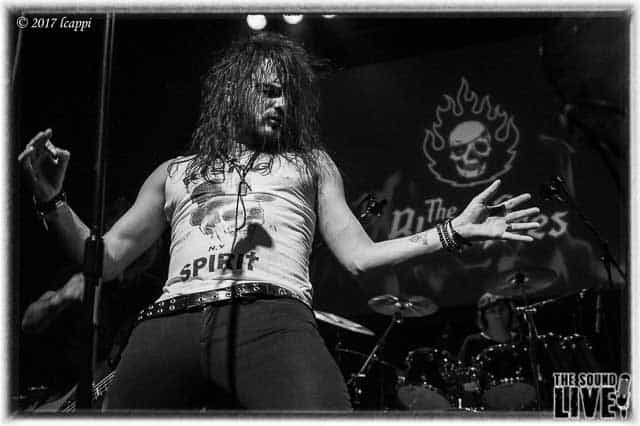 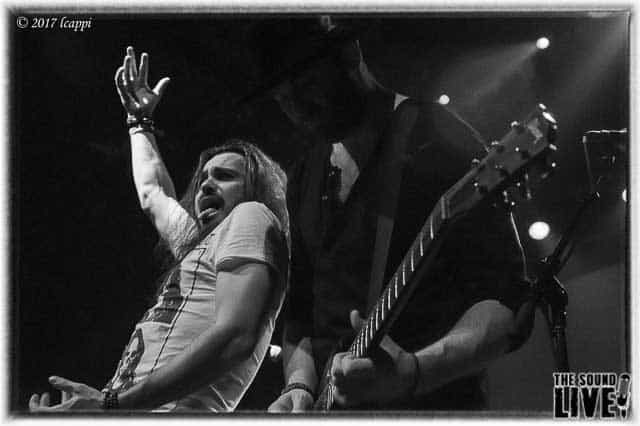 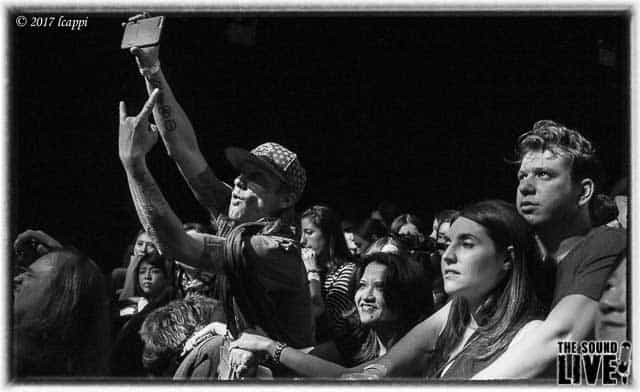 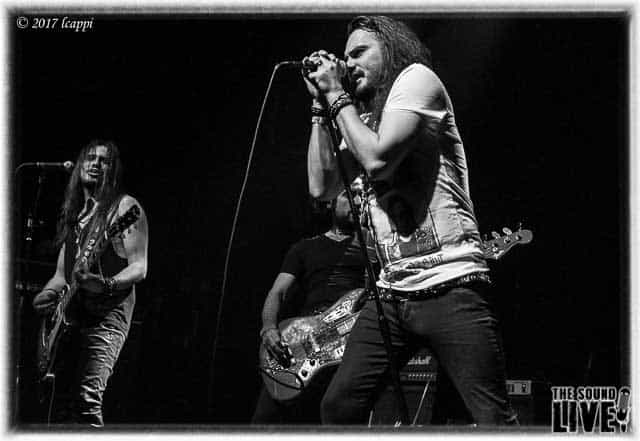 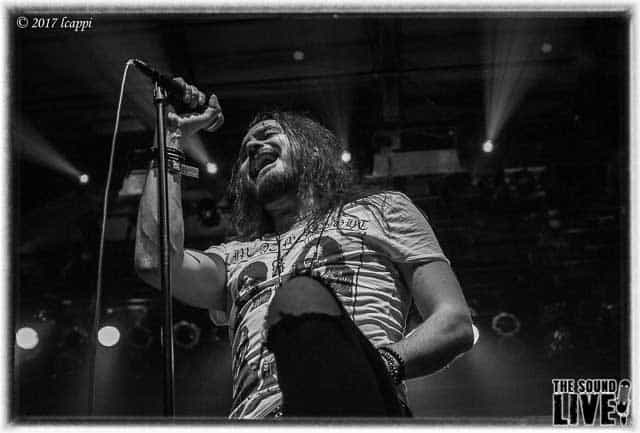 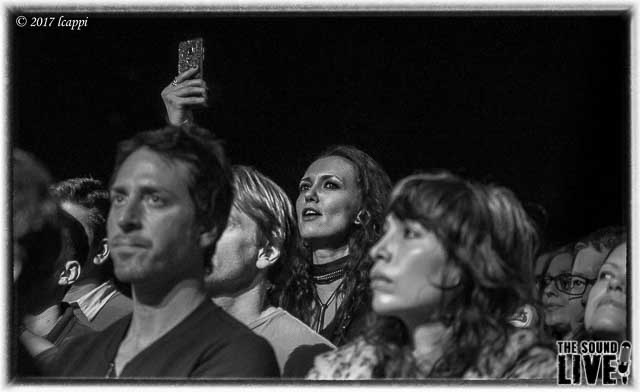 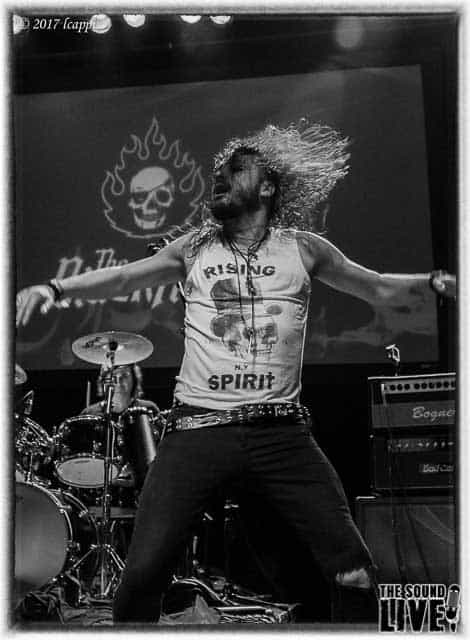 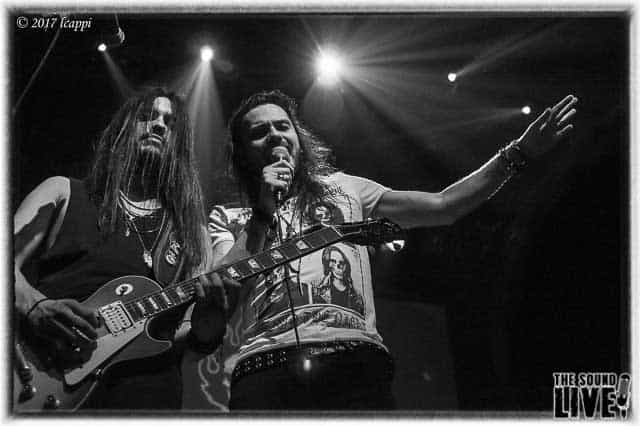 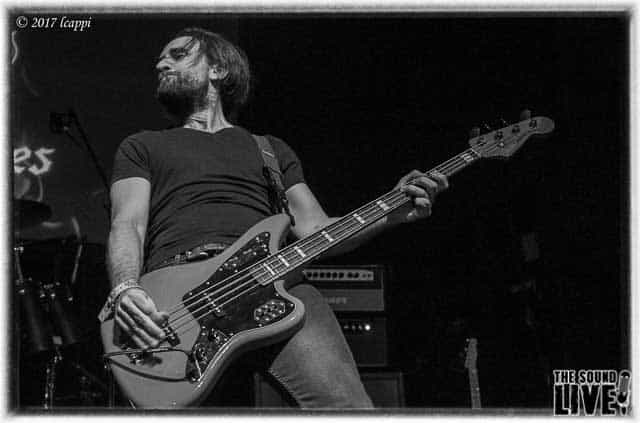 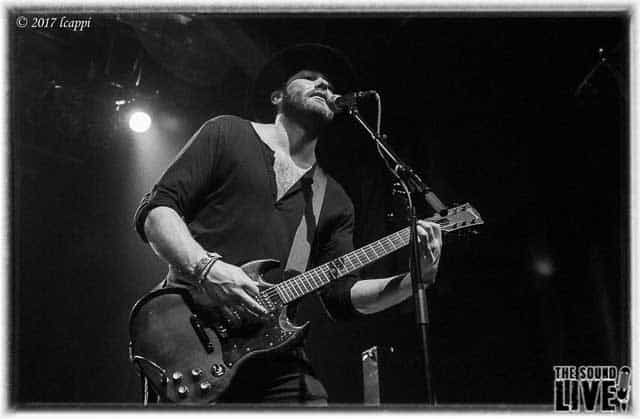 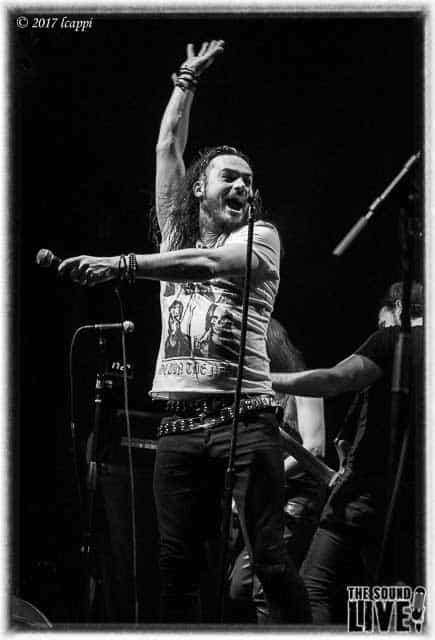 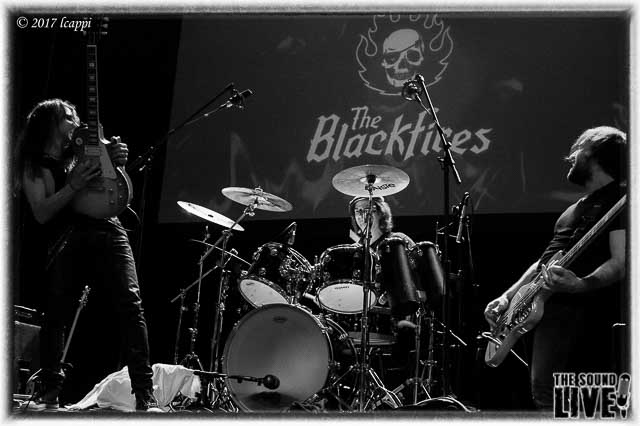 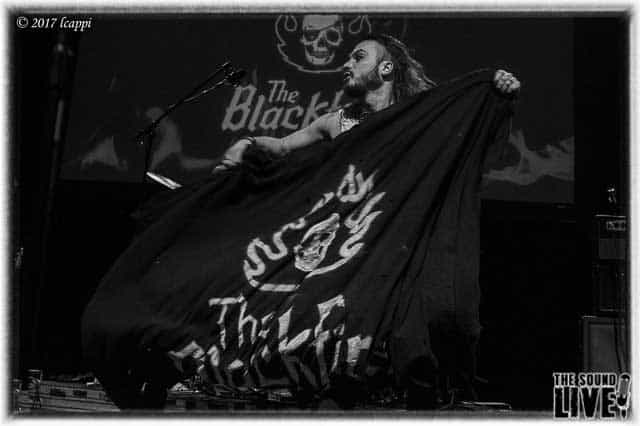 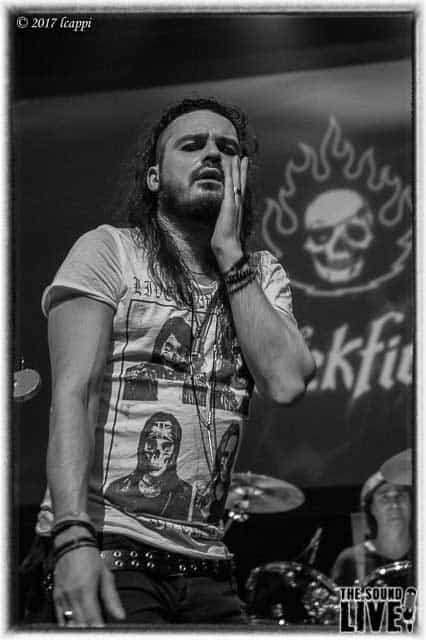