Out of Liverpool, England, Anathema has managed to capture fans from around the work with their beautiful ethereal, progressive metal sound. A near 30 year career has produced 11 albums, the latest of which was released on June 9th, 2017 via Kscope Records. Anathema embarked on a North American tour in order to support The Optimist, playing New York City’s Gramercy Theatre on August 17.

Anathema’s background may come as a surprise, especially if you are unfamiliar with the doom metal genre. The ethereal, sometimes even angelic music produced by the band is a huge switch musically when compared to their beginnings. Originally formed as a doom metal band called Pagan Angel by brothers Daniel (guitar, backing vocals) and Vincent Cavanagh (guitar, vocals) in 1990, the band released their first demo titled An Iliad of Woes the same year. Their second demo All Faith Is Lost would gather a lot of attention and result in a four-album deal with Peaceville Records. Their first release under Peaceville Records, The Crestfallen EP, was released in November 1992. Anathema’s debut LP was titled Serenades (1994) and received significant attention by MTV, with the bands video of “Sweet Tears” receiving heavy rotation on the MTV playlist. The Silent Enigma in 1995 would mark the beginning of a new route for the band. 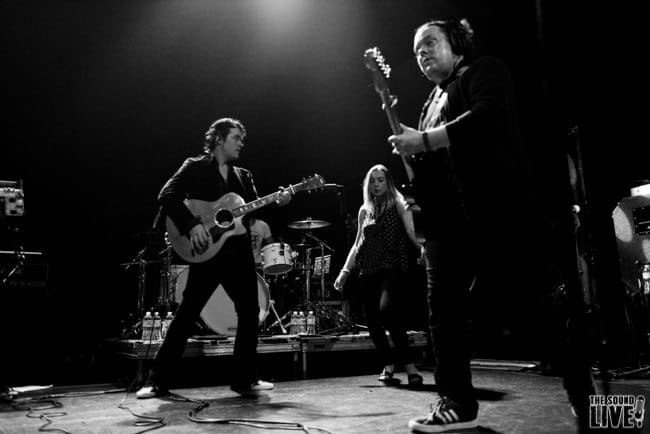 Anathema’s fifth release Judgement (1999) was a new focus, now producing a more atmospheric sound. The early 2000s were marked with a few lineup changes including the departure of Daniel Cavanagh who left to join Antimatter, but later returned for the release of A Natural Disaster (2003). Since the closing of their previous label Music for Nations, the band was left without a label until the release of 2010s We’re Here Because We’re Here, which marked yet another extreme turn, with the band now producing progressive /post rock material. Anathema’s last four releases We’re Here Because We’re Here (2010), Weather Systems (2012), Distant Satellites (2014) and The Optimist (2017) have all been released via Kscope records and have all followed the progressive metal/ethereal route.

Their lengthy career and respectable transition between genre’s has allowed the band to maintain a strong fan base even through their troubled years without a label. Although the night was not officially sold out, many of the fans showed up last minute completely selling out the venue right before the band began their set. Starting at 8:20 pm, Anathema took the stage and played an excerpt of “San Francisco” to start off the night. Going into some of their most popular tracks like “Untouchable, Part 1” and Untouchable, Part 2”, fans were appreciative of the band playing some of their favorites and responded accordingly by chanting and raising their arms in euphoria. The theatre was packed down the very entrance. The audience looked on with what felt like a deep respect and admiration for the artists on stage. Many of them knew every song, word for word. For many of those in attendance, it seemed to be a deeply cathartic experience, at some point even spiritual.

The atmospheric sound and strong emotion Anathema bring along with their music is incomparable, and one that fans yearn for. Before going in, fans were heard saying they knew they’d cry at some point during the show, and it surely felt like many did. Especially during the song “A Natural Disaster” in which lead singer Lee Douglas’ strong, angelic voice captured the audience and made for a memorable sight, with the audience lighting up their phones in a darkened Gramercy Theatre. Although the band is no longer a part of a larger record label, they continue to captivate fans with their unique take on progressive metal selling out shows both in Europe and in the states. Anathema will continue to tour in support of The Optimist, returning to the US in early February 2018. You can see a full set of dates here. The Optimist is also available to stream via Spotify and for purchase on Anathema’s website. 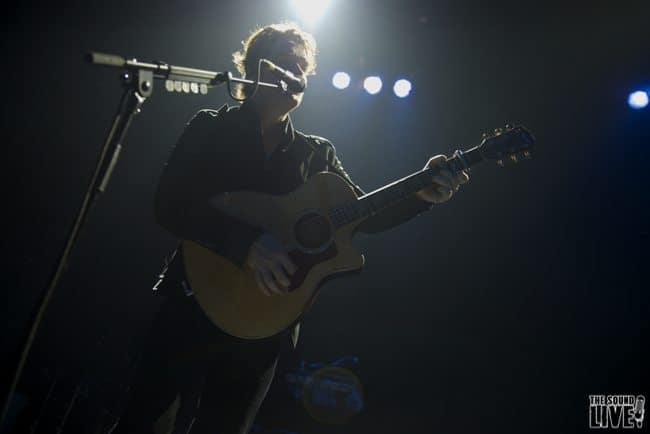 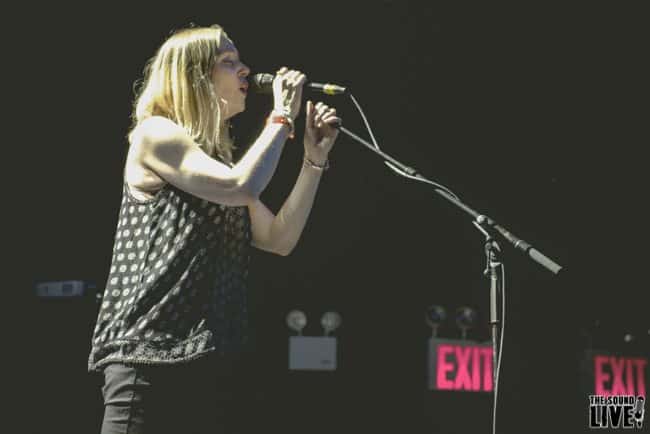 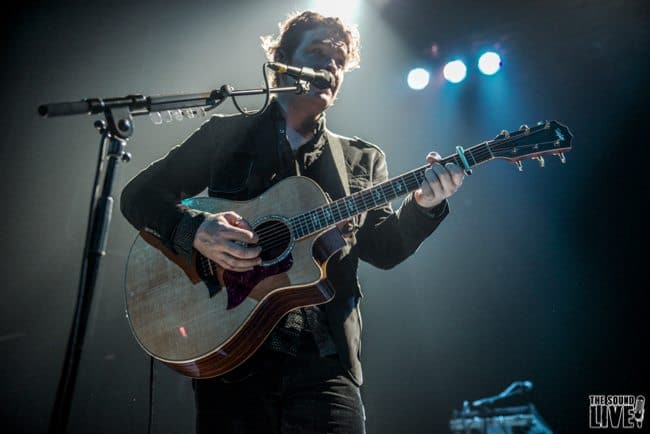 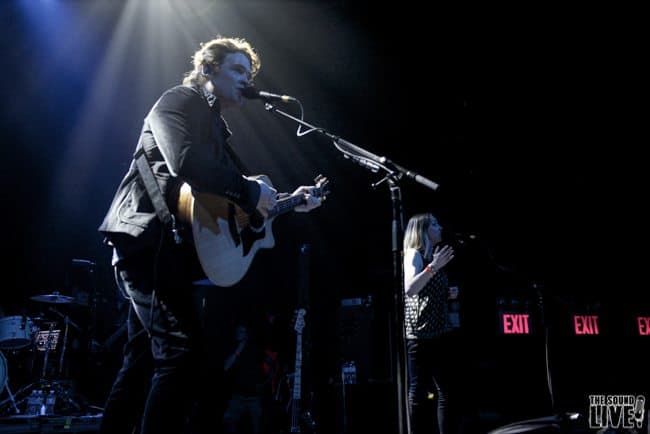 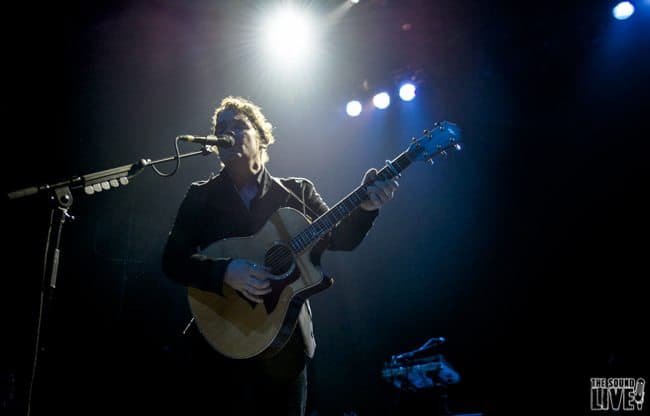 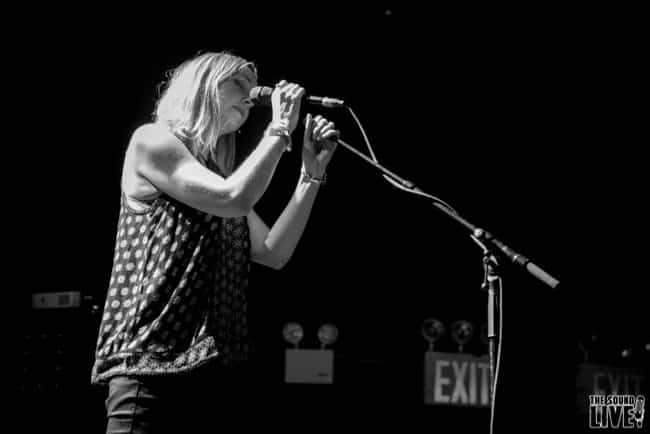 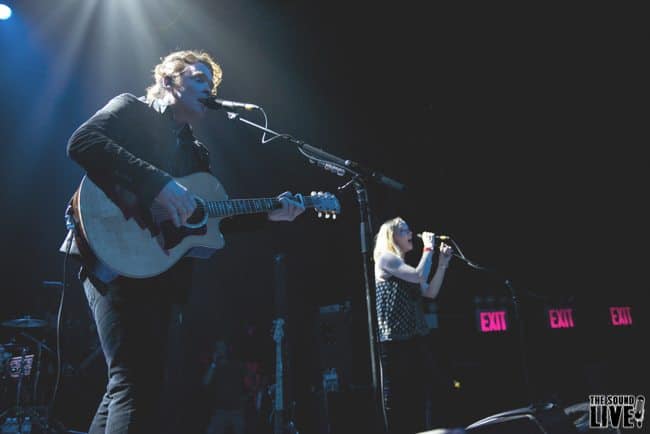 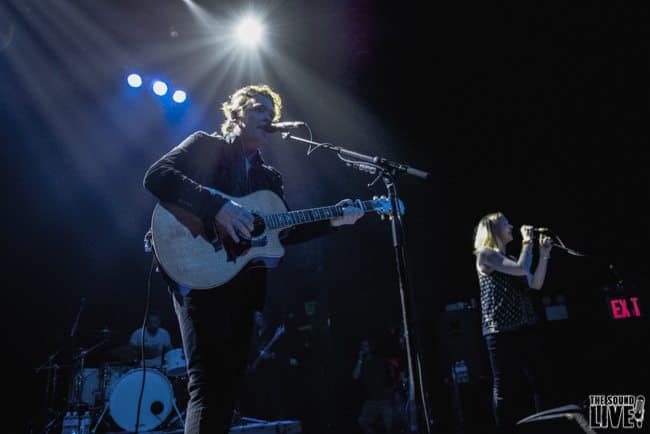 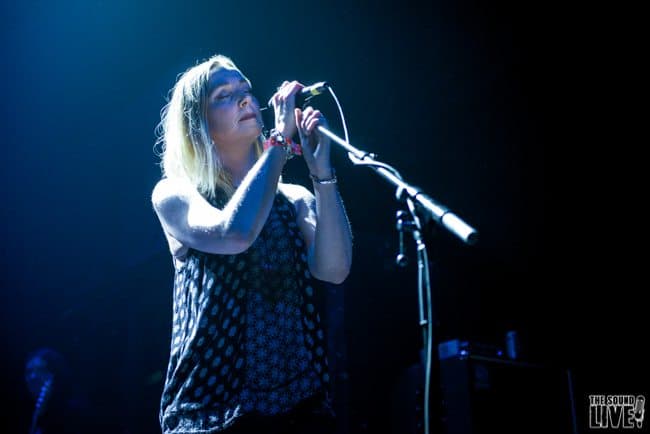 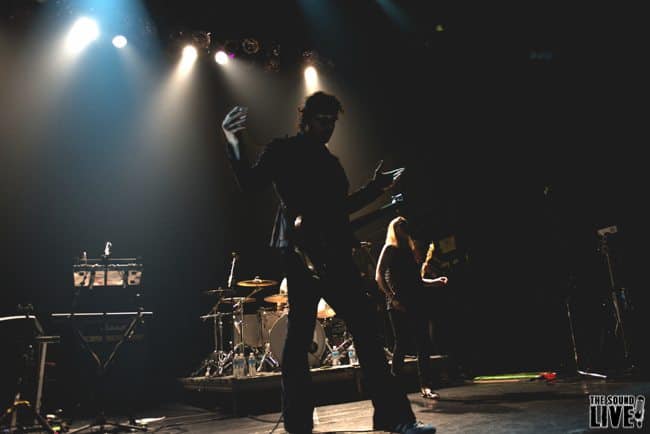 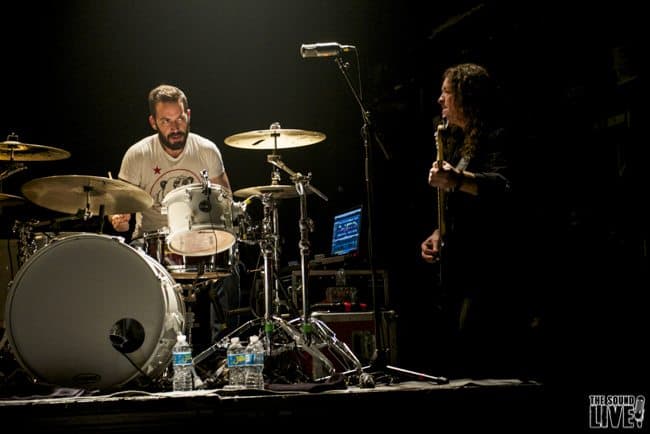 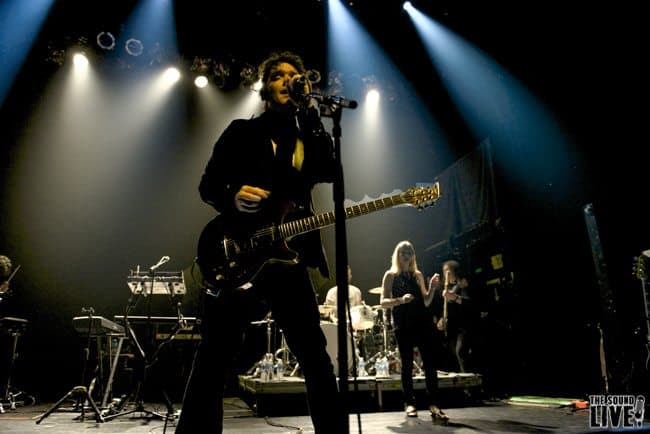 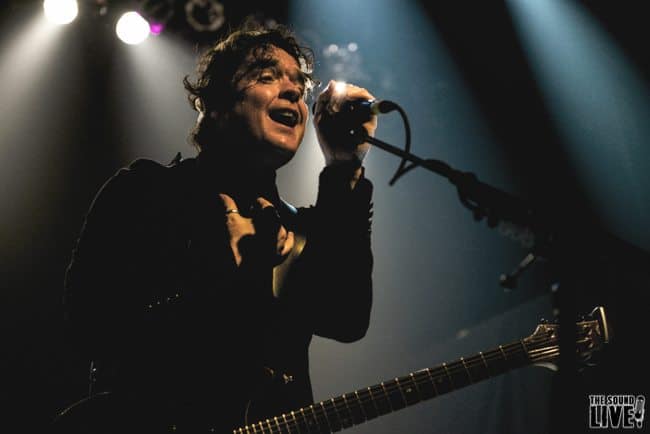 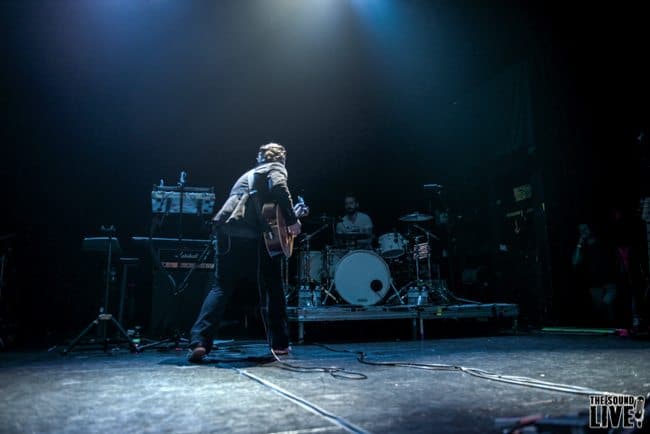 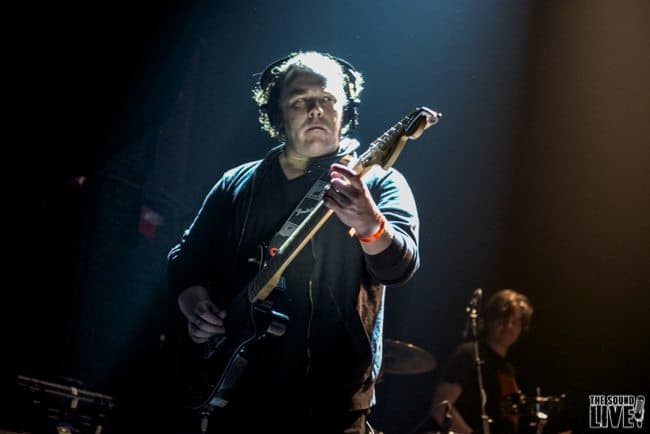 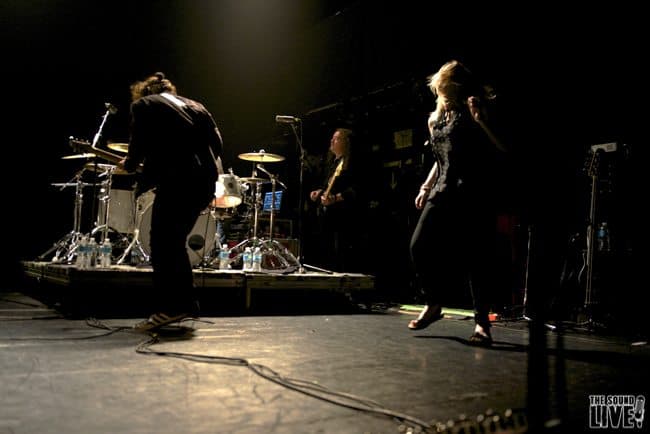 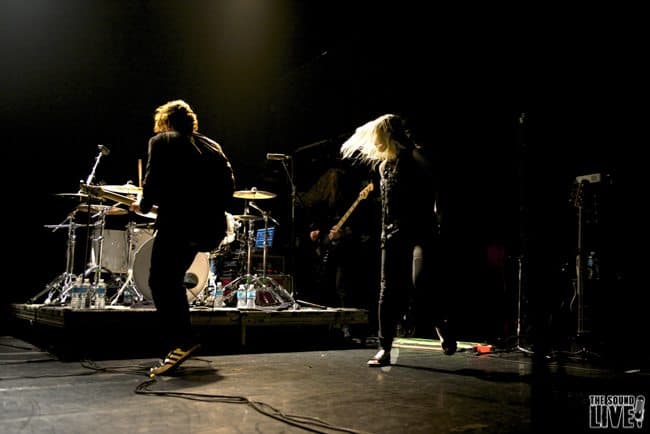 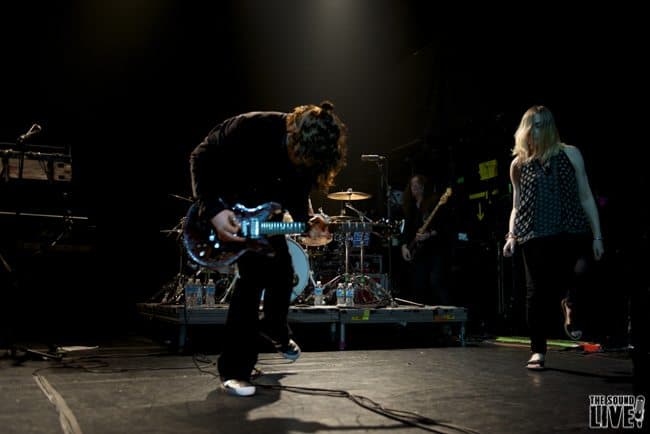 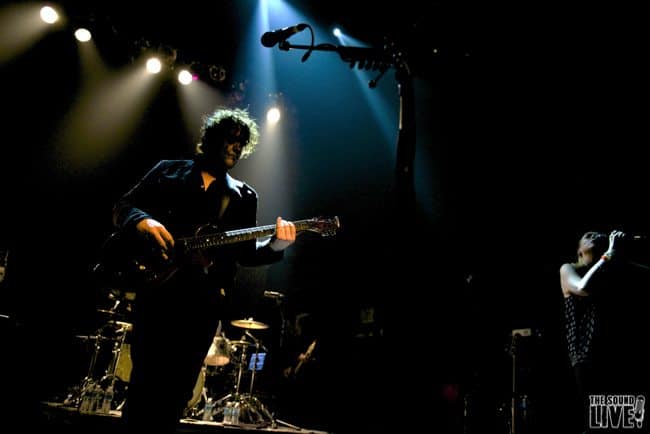 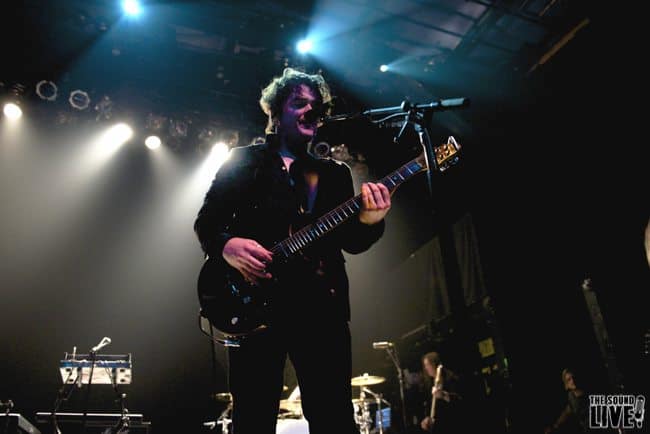