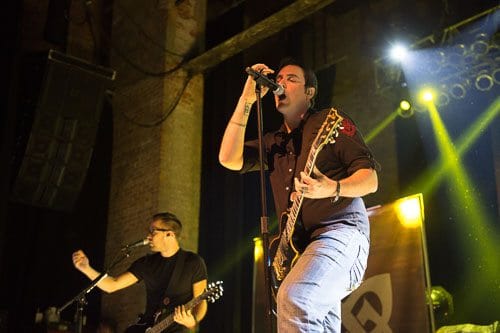 Hard rock staple act Breaking Benjamin have been touring in support of their latest release Dark Before Dawn along with special guests Starset out of Columbus, Ohio and Young Guns from Buckinghamshire and London, UK. Breaking Benjamin has spent the last six years working on their latest release and have made a big return in 2015 with this tour, making a stop at The Paramount in Long Island, NY on August 15th. 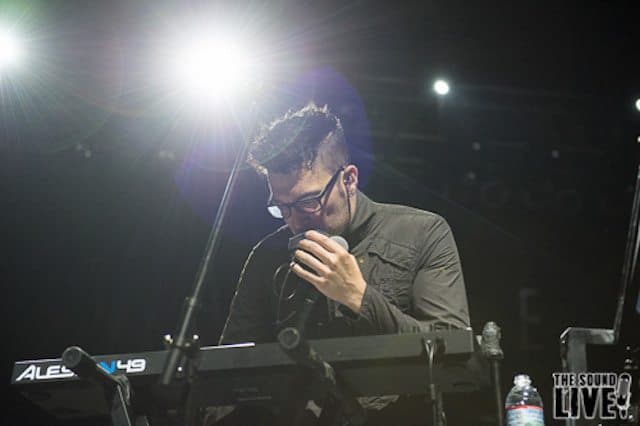 Kicking off the show was cinematic rock band Starset who adds a unique touch to the word performance. Made up of members Dustin Bates (lead vocals/keyboard), Ron DeChant (bass/keyboard/backing vocals), Brook Richards (guitar/backing vocals), Adam Gilbert (drums), the bands love for space was fueled after Bates earned his PhD in electrical engineering at Ohio State. Starset forms part of the Starset Society who aim to publicize new findings in space and technology that have been kept a secret; something Starset aims to publicize through music and media. The bands performance incorporates this cinematic element by having members wear outer space outfits during their live performances. Truly one of a kind, intertwining two fields which set them apart while also being captivating to fans and viewers alike. Starset’s album Transmissions was released in 2014 and currently available on iTunes and well as on Spotify. 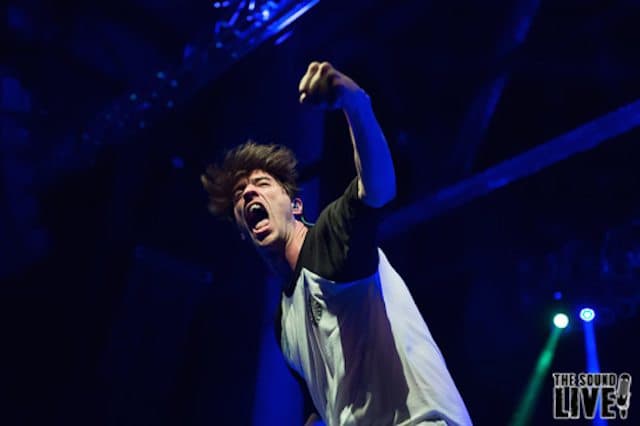 Young Guns were the direct support for the night, hailing all the way from London, England. The band combines hard rock and alternative metal to create a heavy, melodic rock sound. The band formed in 2009 and includes members Gustav Wood (lead vocals), John Taylor (guitar), Fraser Taylor (guitar), Simon Mitchell (bass guitar), Ben Jolliffe (drums). Young Guns released their EP in 2009 titled Mirrors and their full length debut album All Our Kings Are Dead in 2010 with their single “Bones” reaching number one on the Billboard Alternative Rock Charts in 2013. The band released their second album titled Ones and Zeros on June 9th, 2015, quickly securing opening spots for some of the genre’s biggest acts such as Bring Me The Horizon (opening for them at Wimbley Arena in London) and now Breaking Benjamin. A fresh new band from overseas, be sure to see much more of Young Guns in the future. Young Guns’ discography is available on both iTunes and Spotify. 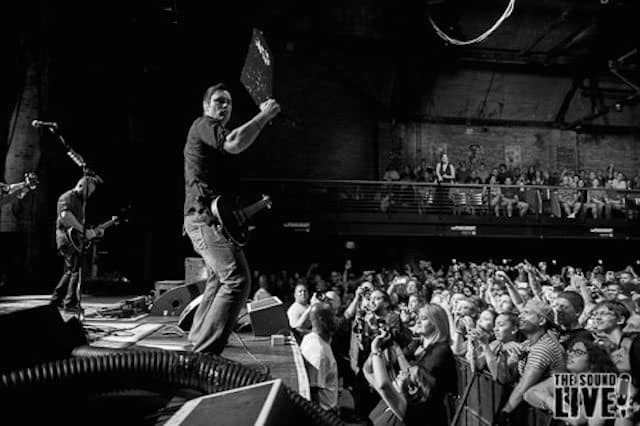 At last, headliners Breaking Benjamin came on to the stage to receive a crowd patiently awaiting their return for six years. Indeed, it’s been six years since Breaking Benjamin released Dear Agony which featured popular singles like “I Will Not Bow.” Breaking Benjamin has sealed their name as one of the most prominent and popular bands of the hard rock genre. Their music has been widely featured in video games such as Halo and has received extensive airplay on rock radio stations. Their latest release Dark Before Dawn came in June 23rd, 2015, debuting at number one on the US Billboard 200 charts. Needless to say, fans were more than ecstatic to see the band perform again, this time with a whole new lineup that now includes Aaron Bruch, Keith Wallen, Jasen Rauch, and Shaun Foist. The band kicked off their set with “So Cold” and even played a cover of Queens’ “Who Wants to Live Forever” as well as a cover of Tool’s “Aenema.” Breaking Benjamin came out for an encore at the end of their set, finally ending the show with a fan favorite, “The Diary of Jane.” Breaking Benjamin’s return was much more than fans expected and with such promising supporting acts, gave a full worthy show. 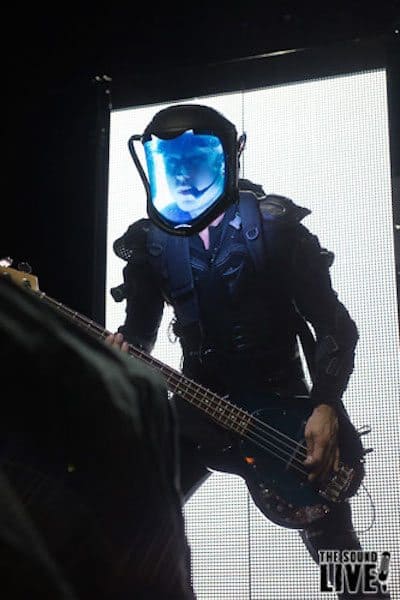 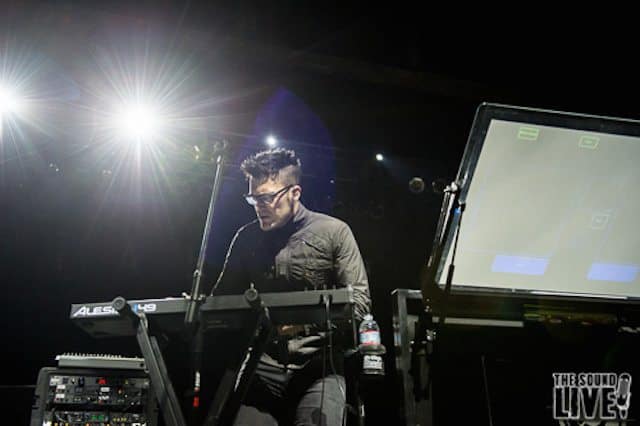 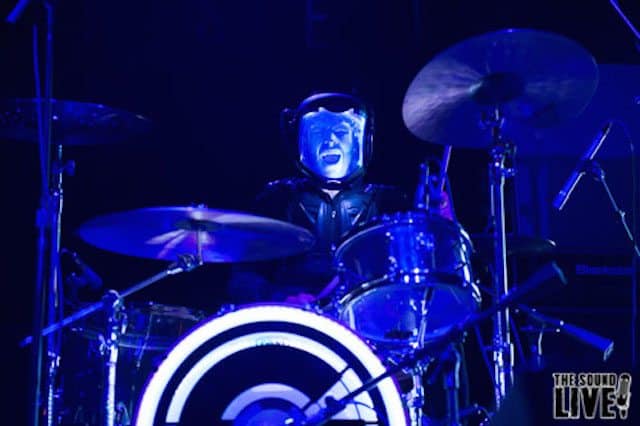 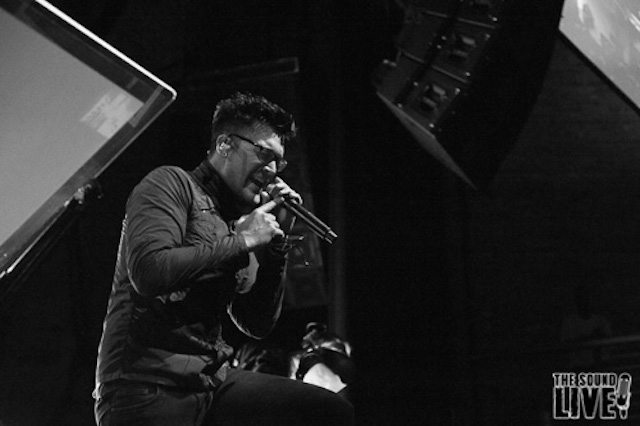 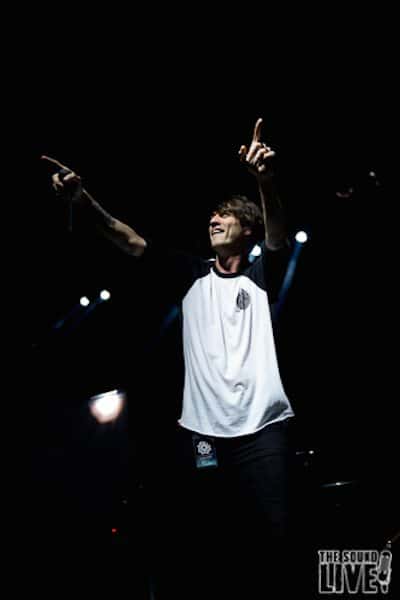 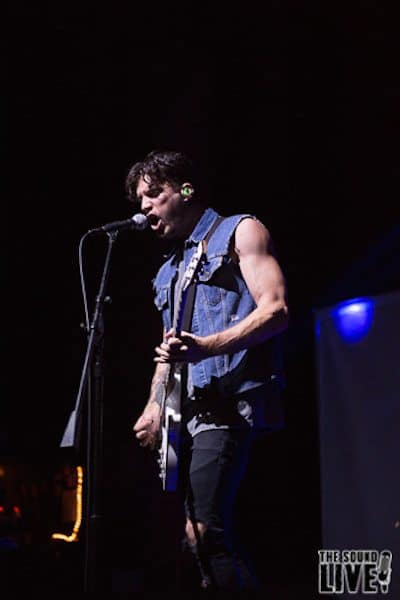 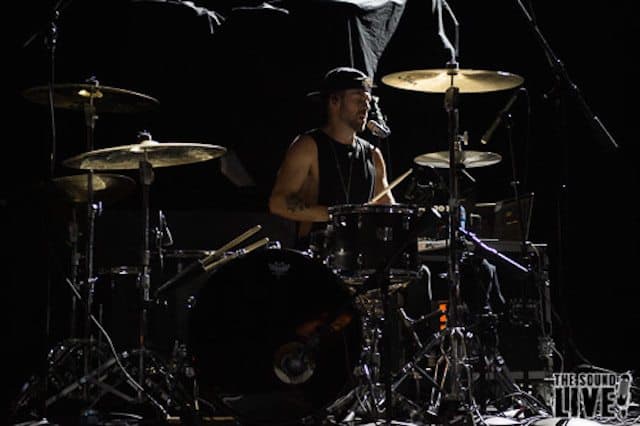 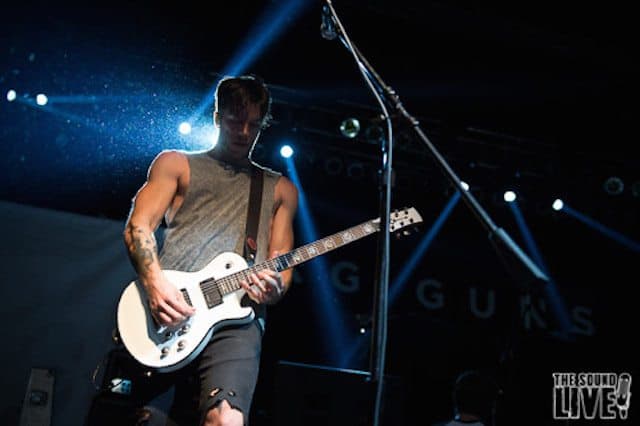 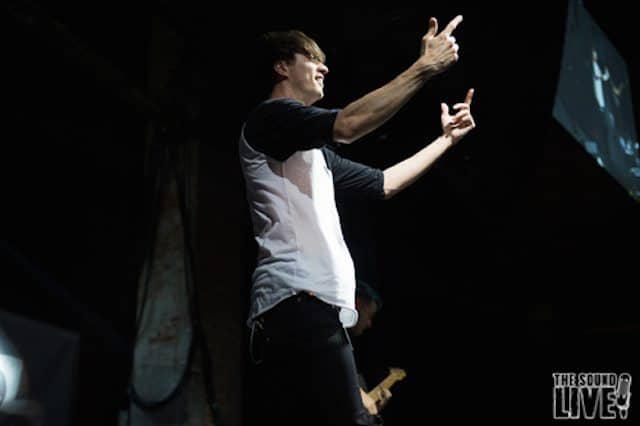 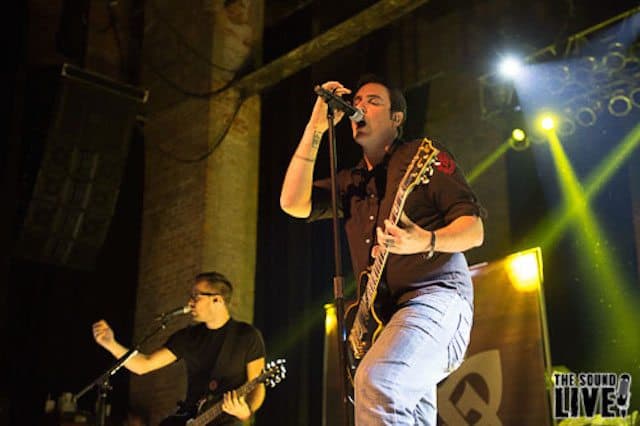 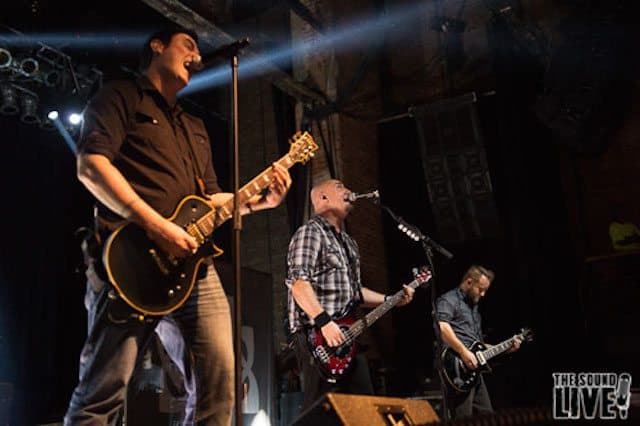 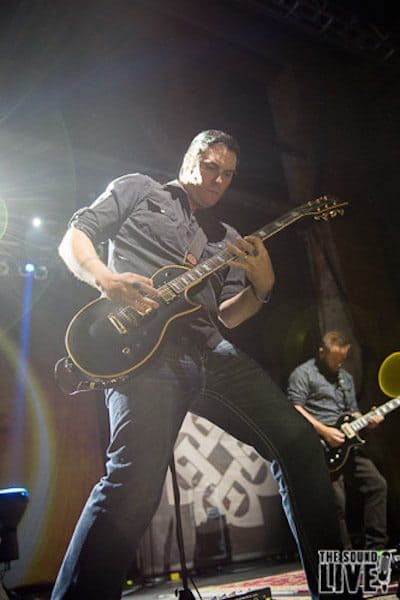 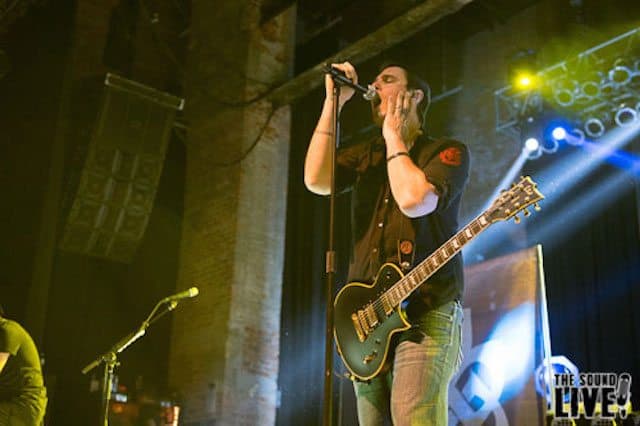 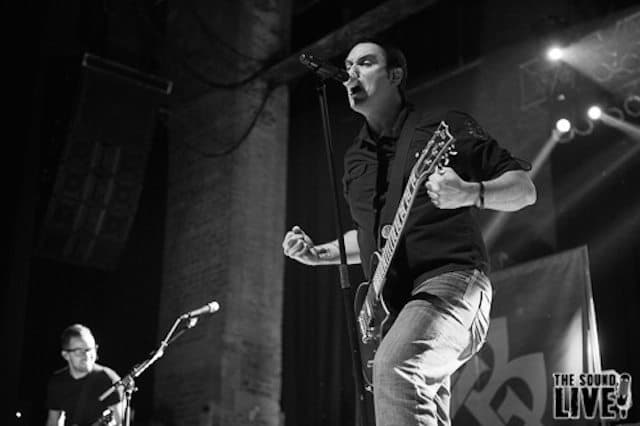 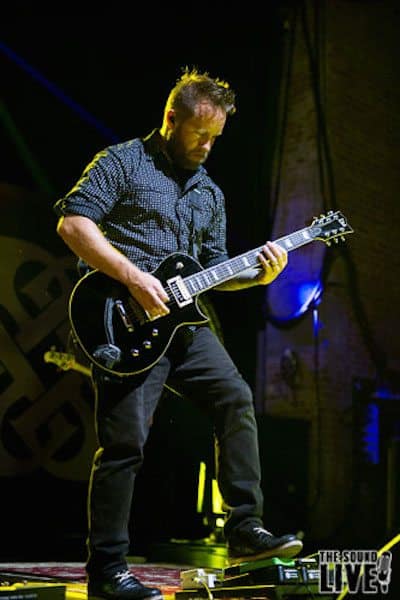 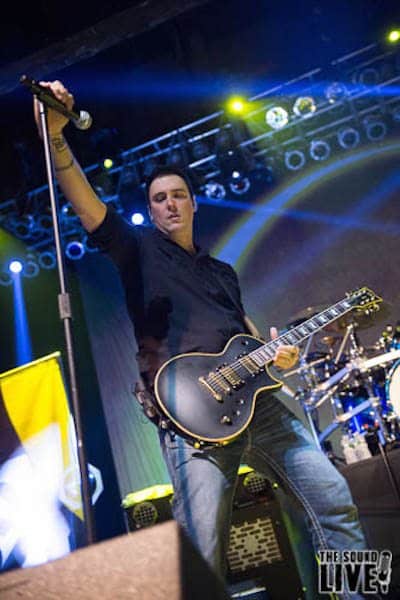 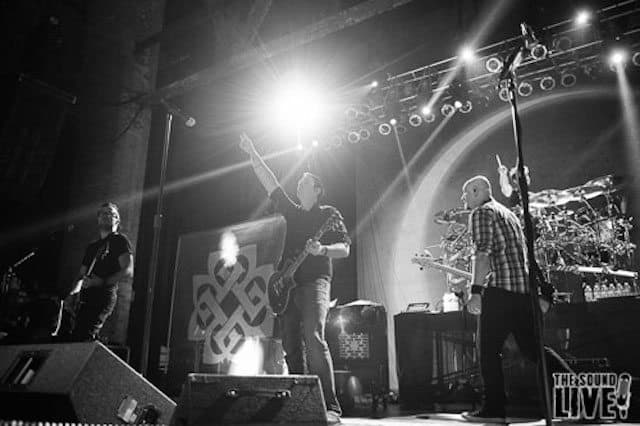 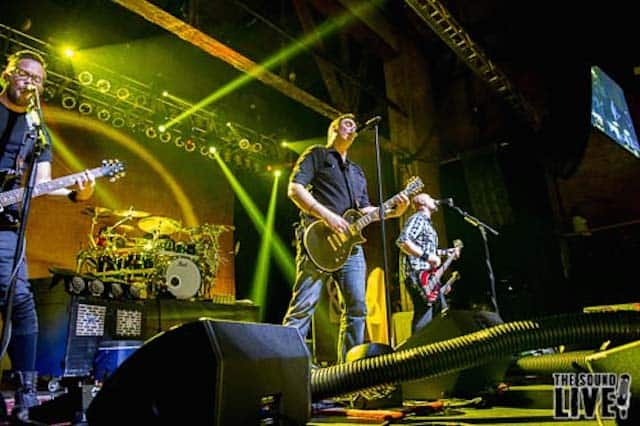