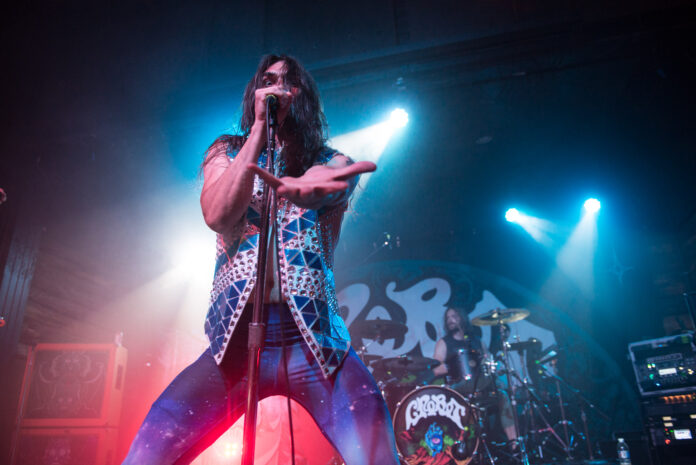 As one of the most underated bands who is worthy of more publicity and fans, Crobot will put on a a stadium calibre show at a local venue for 50 fans if that’s all they get. Given their love and dedication to live shows, I decided they’d be the perfect show to return to shooting live music to. The bill included Austin local acts Hanna Bakarat and Rickshaw Billy’s Burger Patrol.

A staple of the local Austin music scene, Hanna Bakarat has won many local music competitions. Hearing Hanna’s voice for the first time made it apparent why the band is such a well-known, successful band. Beyond having an impessive vocal range, Hanna’s dialogue on stage made it apparent the band had a lot more to offer than just an impeccable stage presence and chemistry. On stage the singer asked fans  whether they are a non-native English speaker, disclosing her Lebanese-American, 1st generation identity. Regardless of the political tensions around immigration, th audience’s positive, supportive response was a pleasant reminder that there are still many people who support immigration (yes, in Texas too!).

Rickshaw Billy’s Burger Patrol, another Austin based band, served as a direct opener for Crobot. Also very new to the band, their power, synchrony and catchy breakdowns caught me by surprise. The band is worthy of more exposure and have recently been asked to open for fellow Austin natives The Sword.

While encompassing all of the qualities for a majorly successful band, incredible live singer with impeccable stage presence, Crobot has remained a smaller band on the spectrum. Upon first listen, however, you can hear the passion, skill, and chemistry within the band. Witnessing their live show is further proof that the band is worthy of much more recognition than what they receive. Particularly frontman Brandon Yeagley whose Freddy Mercury-esque stage presence feels like it belongs at an arena. Catching the band at a small, intimate venue is truly a treat not to be missed.