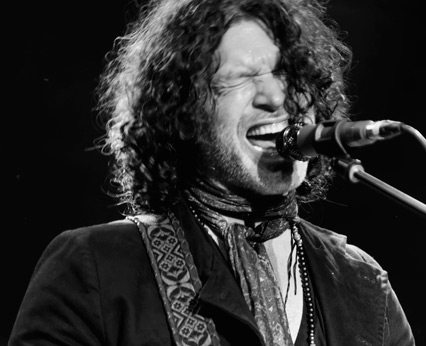 Doyle Bramhall II is currently touring USA in support of Rich Man, his first solo record since 2001; it is perhaps his most personal and emotionally charged work to date.

Seems like DB2 was always poised for stardom. The son of legendary Texas songwriter and drummer Doyle Bramhall, Doyle junior spent his early days surrounded by great musicians, jamming with the likes of Steve Ray and Jimmie Vaughan. Later he co-founded Arc Angels with Charlie Sexton featuring SRV’s rhythm section of Chris Layton and Tommy Shannon. After releasing three solo albums between 1996 and 2001, Bramhall quickly became a highly sought after live musician.
Today, Doyle Bramhall II is certainly very well known to rock/blues concert goers. He has spent a large portion of the past 15 years touring with legends such as Roger Waters, Eric Clapton, Susan Tedeschi, and Sheryl Crow among others. Years of studio and on stage collaborations further defined his sound and production skills.

On the new record, Bramhall picks up where he left off over decade ago. While maintaining much of his signature sound, he begins to introduce new elements to his anthology. This personal and spiritual exploration ultimately led Bramhall on to travel through Africa and India, an experience that lends its exotic spirit throughout the album. 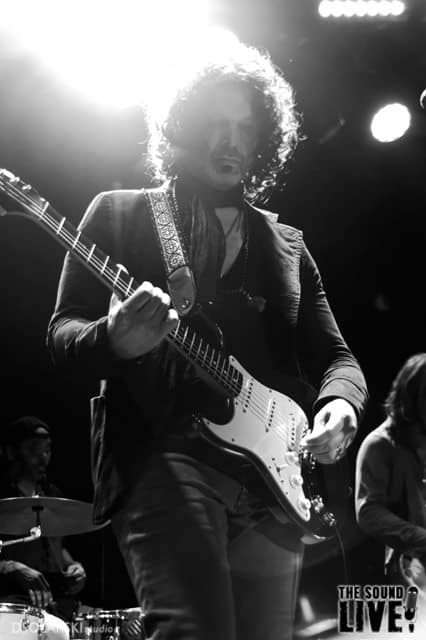 A song that exemplifies this is “My People”, which served as the perfect start to the show at the Bowery Ballroom. The sound of the Sarangi (a north Indian bowed string instrument) played on the record by Ustad Surjeet Singh resonated from the PA system before the band took the stage. A slow bluesy, but meditative guitar groove, arose to soon fill the entire room. The song about human connectivity and embracing each other worked great as the opening track, setting the tone for the rest of the night. ‘Doyle Bramhall’s poeple’ were delighted to see him play.

From there the band jumped right into “So You Want It to Rain” from Welcome (2001), the only oldschool track on the set list. It was followed by songs like “Keep You Dreamin'”, “The Veil” and “Cries of Ages”, every song reviling another part of the Rich Man’s story. Doyle’s guitar playing was phenomenal- no wonder why Eric Clapton called him one of the most gifted guitarists he had ever heard!

Radio friendly “Mama Can’t Help You”, a promo song from the new record was greeted as an old classic. Not surprisingly, as this is one of those retro tracks with a familiar groove and simple melody which quickly gets stuck in your head. Similarly recognized by many, the cover of “Lovin’ You” by Johnny Guitar Watson sounded great in its modern rendition.

Exclusive to the New York show was an inclusion of horn section on some of the songs, and what a joyous brass quartet it was! Michael Eaton (tenor sax), Cheme Gastelum (alto sax), Dan Brantigan (trumpet) and Nate Sutton (trombone) definitely brought the extra energy and musicianship to the stage. “November” was perhaps my favorite moment of the show; a bittersweet tribute to Doyle Bramhall’s late father, influenced by the time they spent together listening to R&B records.

With all the extraordinary talent on stage I was reminded once again that humanity is what makes great art even more accessible. 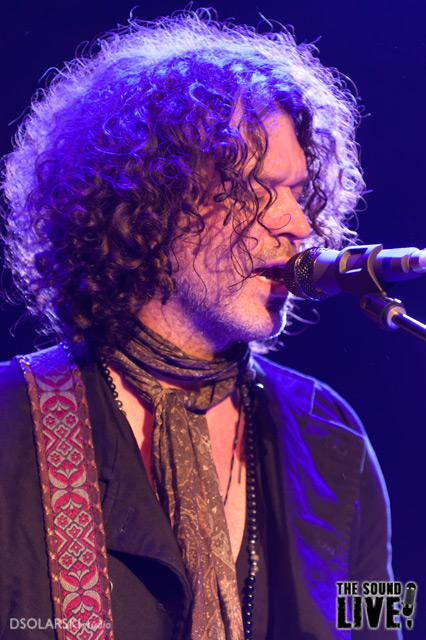 Next up was “New Faith”, a track priginally recorded with Norah Jones but one that sounded even more uplifting and louder when performed live. Adam Minkoff shared singing duties with Bramhall and did a great job filling in for Norah. “Saharan Crossing” teased with its far eastern vibes and I could not stop thinking about the evolvement from here to future recordings. “The Samanas” is mostly an instrumental track and not your usual radio blues song, clocking in over 9 minutes. Big dynamic changes worked as the culmination point having the band go rock ‘n roll crazy for the perfectly set show finale.

The lone encore track was Hendrix’s “Hear My Train a Comin'”, which was also recorded on the new album. As always, Bramhall makes any cover all his own.

The Bowery Ballroom show was a unique opportunity to see the legendary musician up and close and personal. Doyle Bramhall ll surely deserves a place of his own in the blues/rock guitar pantheon. Hopefully now released from Eric Clapton’s live duties he will be able to focus more on his own music and continue to record and tour. Bramhall’s live band consists of well established and seasoned musicians, making the evening a real treat for the audience. Adam Minkoff did a fantastic job dividing his duties between keys and guitar as well doing some dramatic backup vocals. The impeccable rhythm section of bassist Ted Pecchio and Anthony AC Cole on drums was a real pleasure to watch.

This is a highly recommended show for anyone learning the art of stringdom. Watching this man live is surely one of the best lessons available to learn guitar tone. Make sure to catch Doyle Bramhall ll live and keep up with his tour at db2music.com and purchase Rich Man on iTunes. 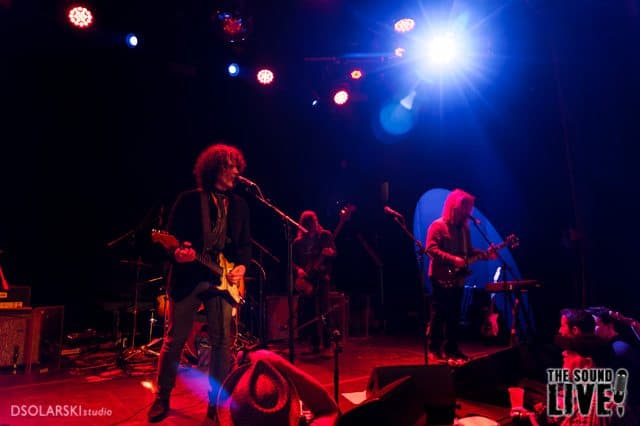 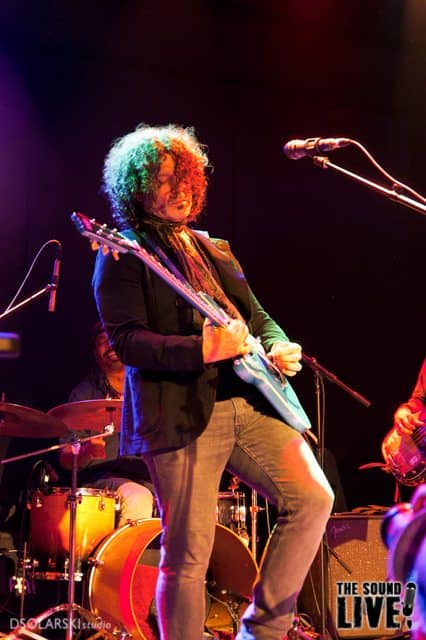 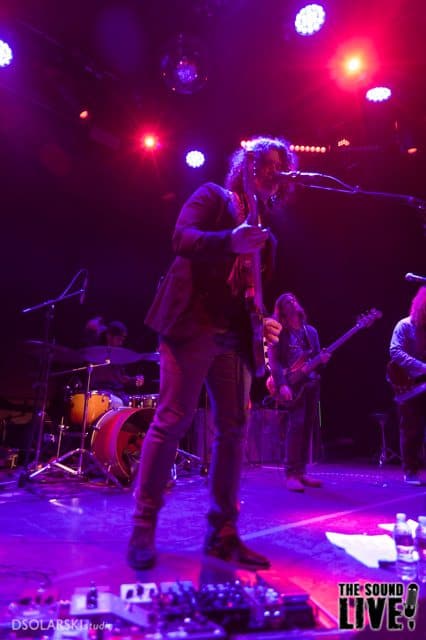 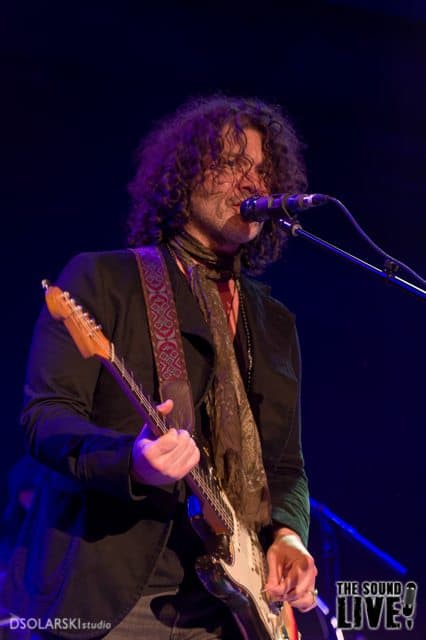 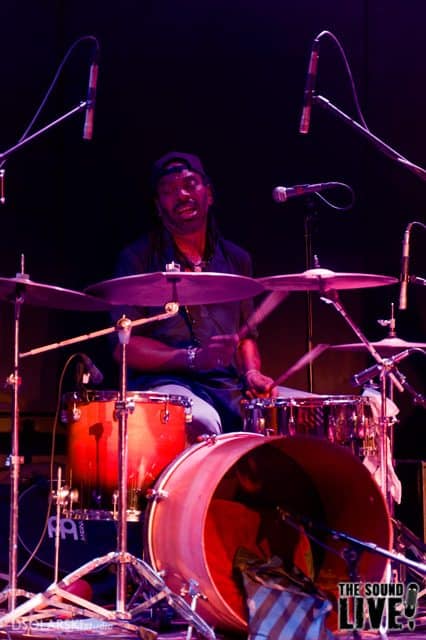 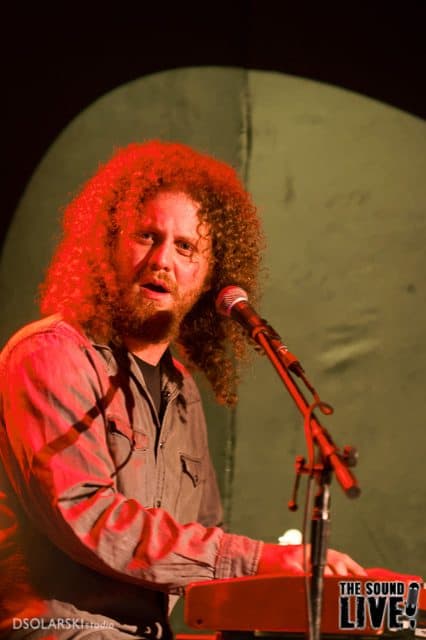 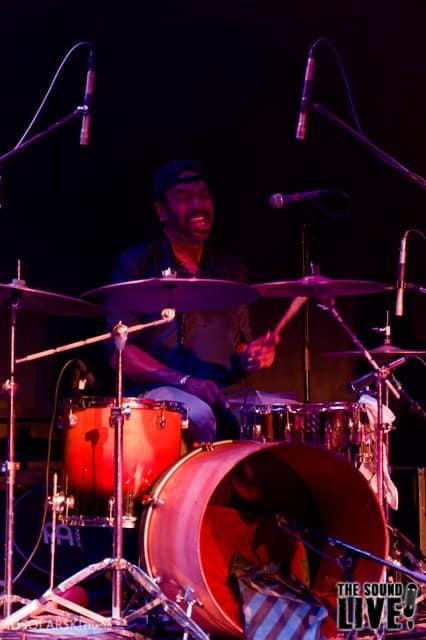 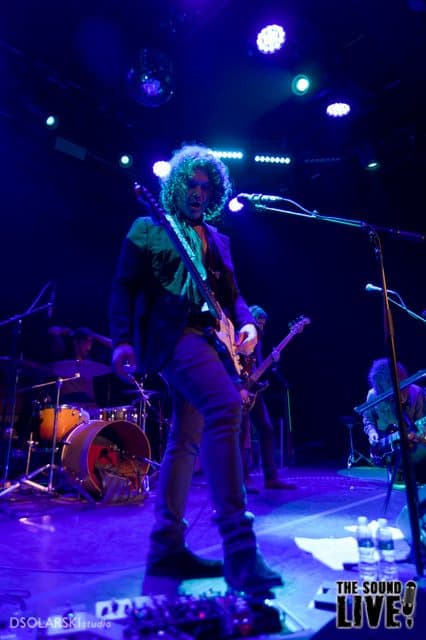 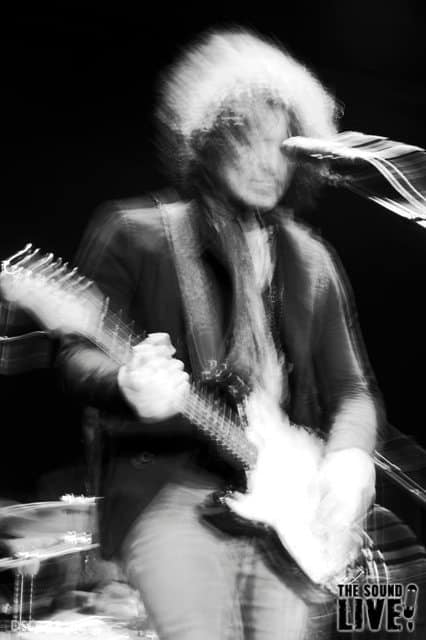 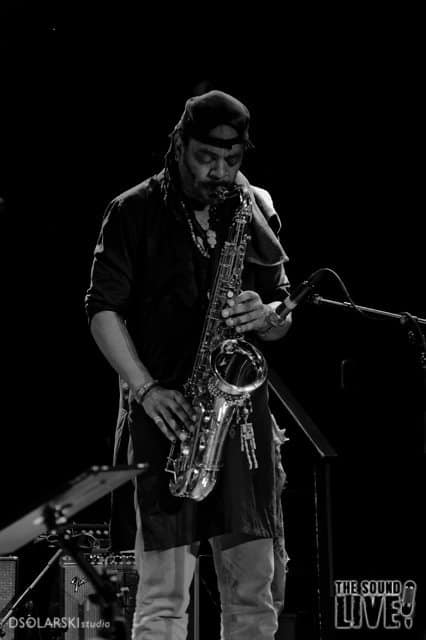 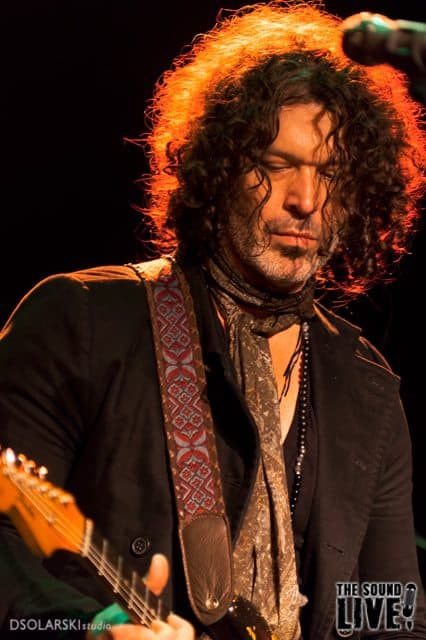 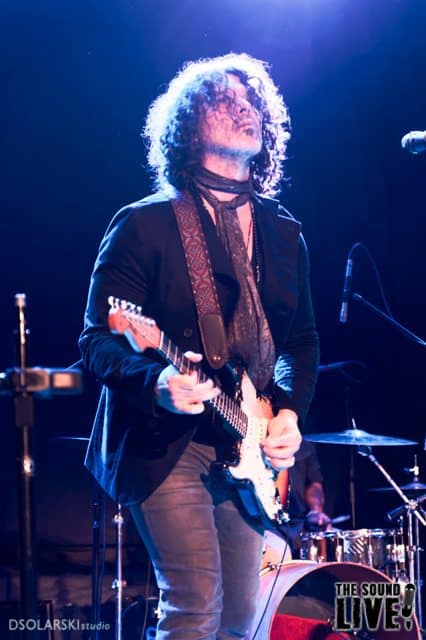 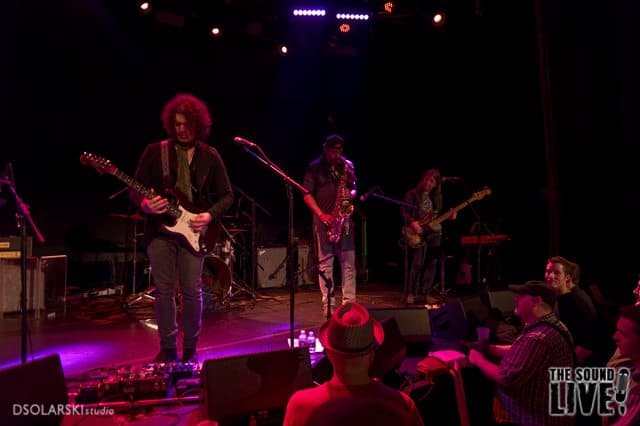 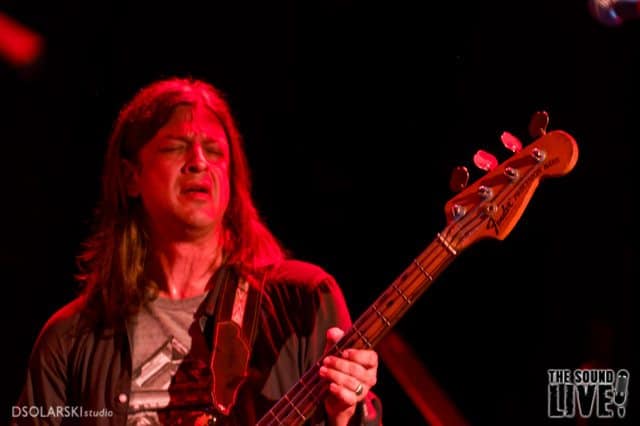 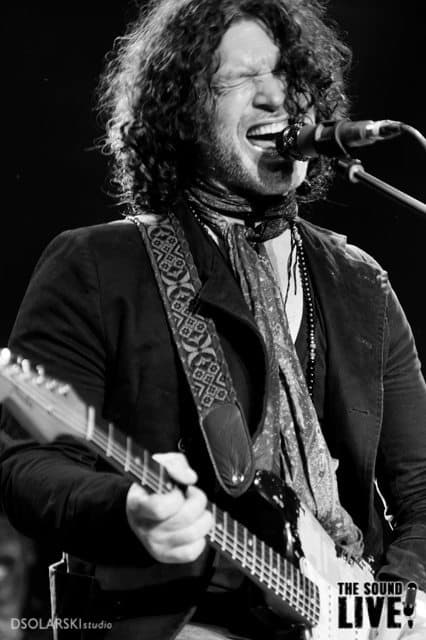 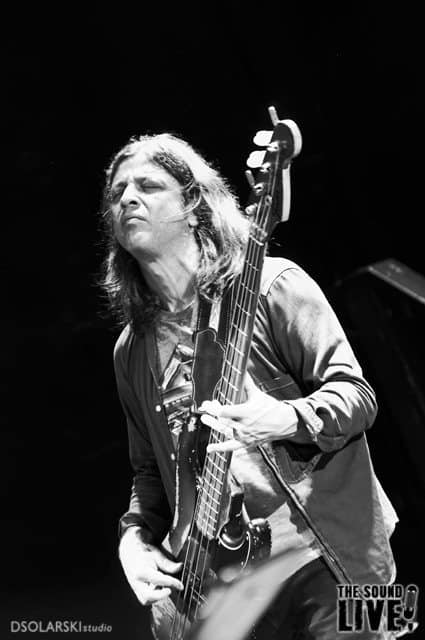 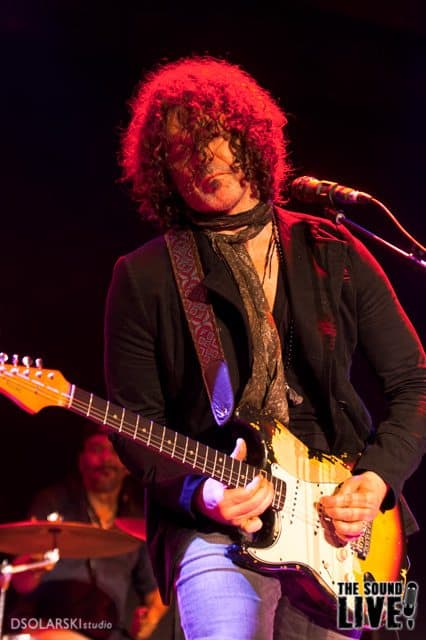 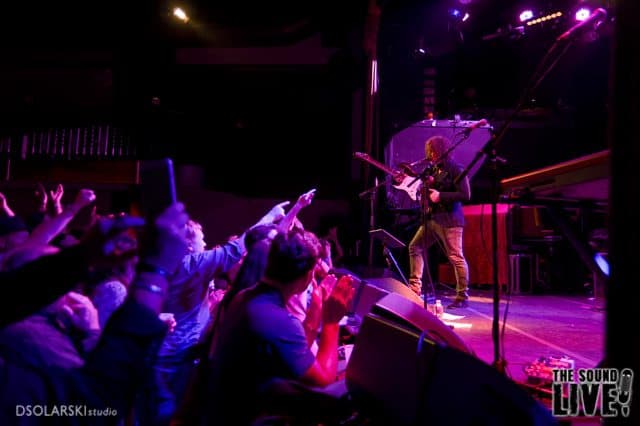 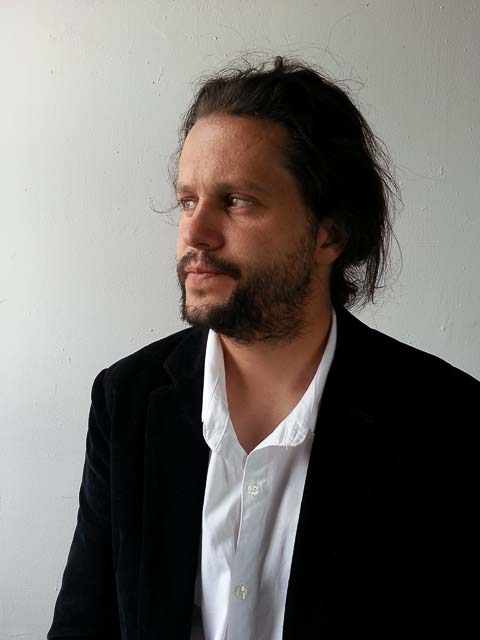 Darek Solarskihttps://www.dsolarskistudio.com
Darek Solarski comes from a family of artist's. He learned photography in his father's old-fashioned darkroom and later studied art in Cracow, Poland. A self-taught guitarist, he fell under the spell of electric guitar after hearing opening riffs of Metallica's Orion. A guitar aficionado, he enjoys equally trash riffs, wah wah pedals and everything in between. Professionally, he works as an independent graphic designer, illustrator and photographer. Darek is currently developing a story book based around phenomenon of pareidolia and slowly but steadily continues to write music for his concept album 'Narcissistic Trilogy'. Darek has also been an in-house photographer at NY's famous Carlton Arms Hotel documenting work of many artists since 2004. Concert photography is an unusual place where his passion for art and music meet. Darek lives in Brooklyn, he loves vegan food, meditation, and running and playing soccer with his two kids. www.dsolarskistudio.com
@thesoundlive
Follow