Classic rock is not dead, it goes by the odd moniker of Greta Van Fleet.  On August 24th, I was fortunate enough to get into one of  Greta Van Fleet’s many sold out shows, this one at NYC’s own Mercury Lounge, and I had the privilege of witnessing not one, but two bands of twenty-somethings (and a couple of teenagers) that have given me hope for the future.  With Goodbye June opening for them, these amazingly talented young men took me back to the days when rock n roll was pure magic.

There is no photo pit at the Mercury Lounge, so I arrived early to get a spot by the stage.  This gave me time to chitchat with some people on the line that stretched all the way down Houston Street from Essex to Ludlow and around the corner.  I have to say that given the ages of the members of Greta Van Fleet, I had expected a sea of millennials, but was instead greeted by many old school, hard core rockers — a testament to the sound these kids are making. 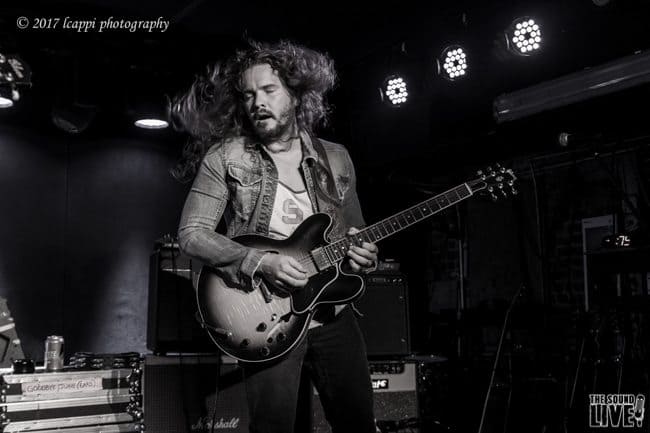 The opening band, Goodbye June, was a pleasant surprise.  I did not know what to expect and many of the people I spoke to didn’t know who the hell they were, but we all know now.  I hadn’t intended on writing about them, but they were just so good I had to give them a shout out.  Hailing from Nashville, TN, the band formed in June of 2005 after a family tragedy. Three first cousins, Landon Milbourn (vocals), Brandon Qualkenbush (rhythm guitar), and Tyler Baker (lead guitar), form the core of the band and were backed up that night by their outstanding rhythm section of Kevin Smith (drums) and Jacob Thomas Jr. (bass).

The room was packed, with an energetic vibe flowing through the crowd.  When the band started coming on stage, I was like “oh no, another band of hipsters trying to be cool,” with the lead singer looking like he stepped straight out of a trailer park with a baseball cap, long hair, and army surplus shirt, but as soon as they started playing I knew I had judged the book by it’s cover; I really must stop doing that.  With influences of Kings of Leon, Zeppelin, The Black Keys, Hendrix, and a dash of Gospel, their set was a high energy compilation of blues-infused rock with scorching guitar riffs, head banging rhythms, and soulful, gritty vocals all sprinkled with an alternative originality I’ve not heard in awhile.

From the foot stomping “Oh No” to the stripped down “Darlin,” they had the wall-to-wall audience in thrall and rocking right along with them.  With three albums, the most recent being Magic Valley(2017), a European tour, AND a Budweiser commercial to their credit, this band is a must see. I look forward to their return to New York City.  For more information on Goodbye June and upcoming shows visit their website. 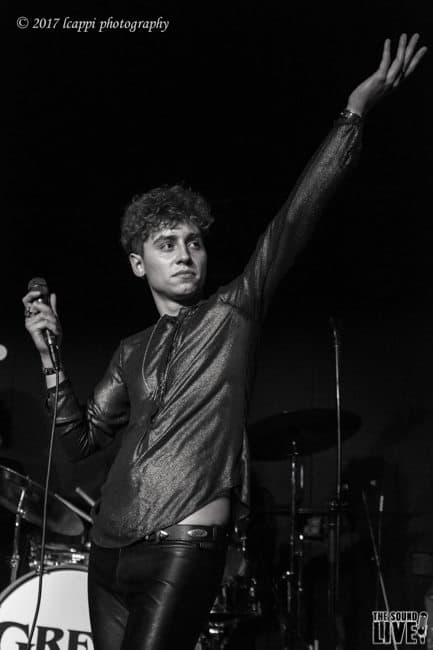 GVF write and perform all of their own original songs and even though they are incredibly young, their music is vintage and it rocks. They are like a band of old souls with influences of vinyl classics from The Who to Crosby, Stills, Nash & Young, from Wilson Pickett to the Yardbirds, from Muddy Waters to Jimi Hendrix, and yes, Led Zepplin, but with a sound that is all their own. Their debut EP Black Smoke Rising, which was released earlier this year, sounds like the second coming of Zepplin, though not in a cover-band sort of way, but in a totally organic and original way.

Most of us have preconceived notions of what people should look like, especially if we hear them before seeing them, and I am no exception to that rule, remember Rick Astley? When I first listened to GVF’s EP I heard Robert Plant and I said to myself, “they must be utilizing a ton of studio magic to polish up the vocals,” but now having heard them live I see that they are just that bad-ass; these kids are legit.  When Josh hits that first note on “Black Smoke Rising” I get goosebumps, you really don’t expect that voice to come out of that adorable, Johnny Depp-looking young man. I honestly couldn’t imagine that voice coming out of anyone that didn’t look like a 1970’s long-haired rocker.  This concludes my Zepplin comparisons.

GVF opened their set with “Talk on the Street” which, in addition to Josh’s amazing vocals, has an infectious back-beat and a sick guitar solo.  They played all four songs off of Black Smoke Rising and some others that they have written and which will more than likely make their way onto upcoming albums. The audience was ecstatic. It was as if they thawed out some 1970’s rock in roll and made it current.

GVF also played a rockin’ rendition of Howlin Wolf’s “Evil” that was off the charts good.  Josh’s voice demands your attention and it is hard to take your eyes off him as he can be quite theatrical, especially when hitting them high notes. He seemed to be confident but surprised by all of the attention coming from the audience.

Jake has some pretty bad ass licks and his riffs are like candy to your ears while the rhythm section of Sam and Danny laid a solid foundation.  From the gritty “Highway Tune” to the trippy, psychedelic “Flower Power,” this band skillfully walks that fine line between the past and the now, sounding at once like something you’ve heard before and then like nothing you’ve ever heard before. They closed their set with a powerful punch — “Safari Song” — which included one of my favorite things on this planet, a drum solo, which Danny slayed by the way.

The bottom line; these boys are killin’ it and what we are witnessing here is a rock legend in its infancy.  It has been a long time since a band with this much soul and charisma has come on the scene. I advise you to pick up their EP and try to catch them live, if you can, as the U.S. portion of their tour is mostly sold out.  For more information on Greta Van Fleet, including tour dates, go to their website. 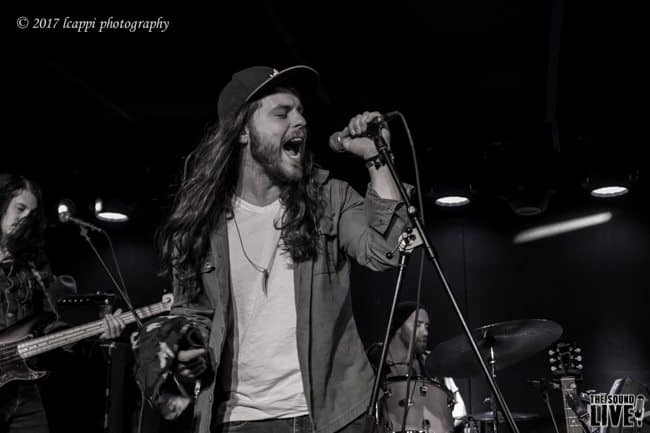 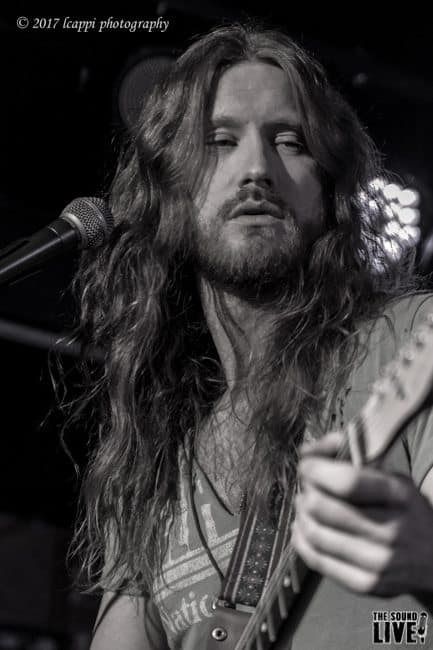 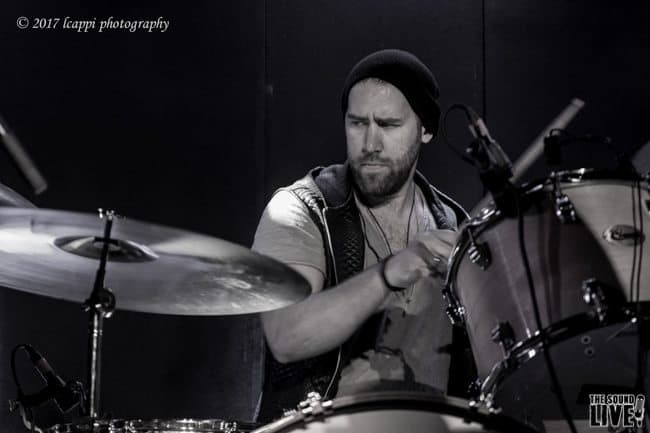 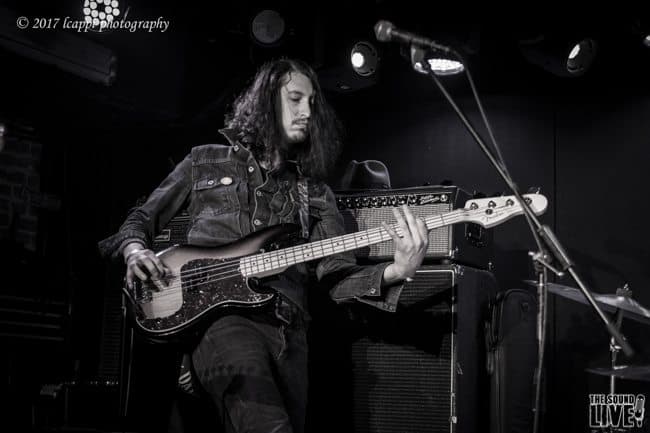 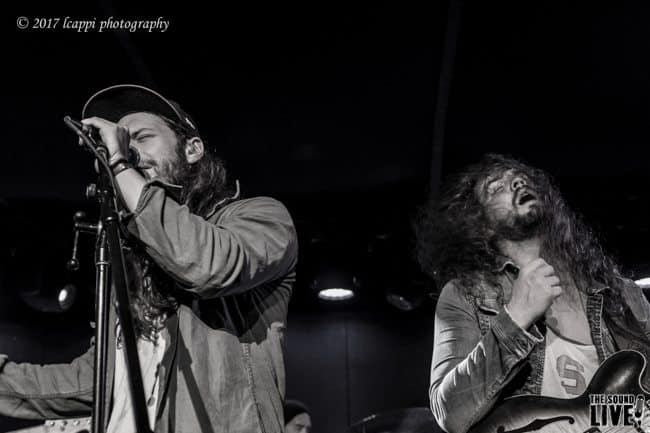 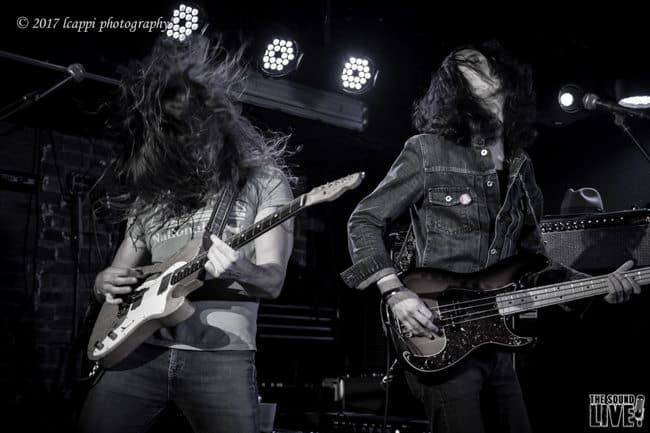 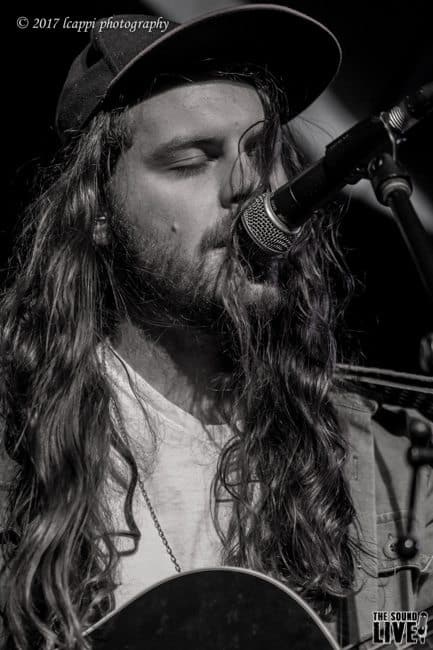 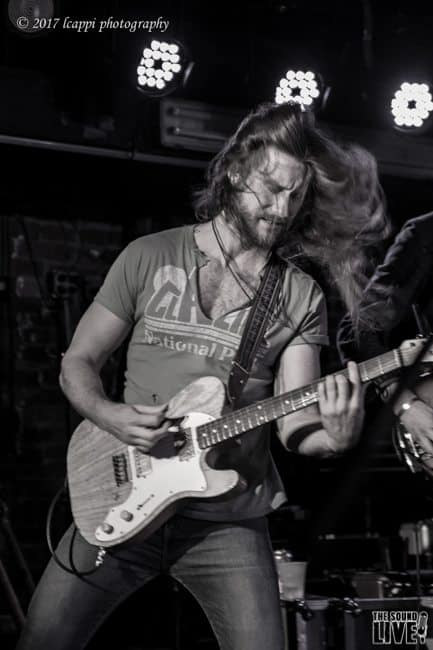 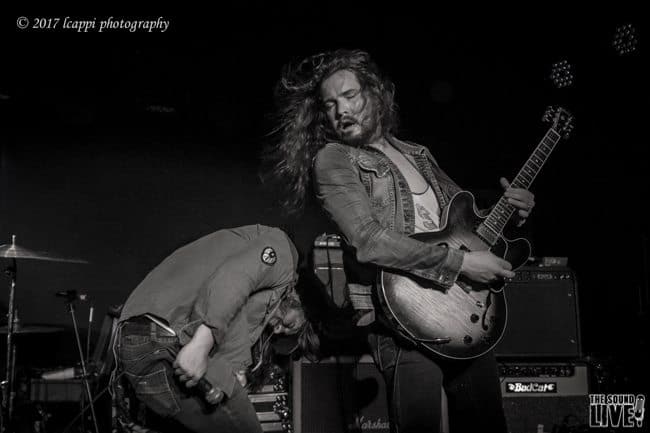 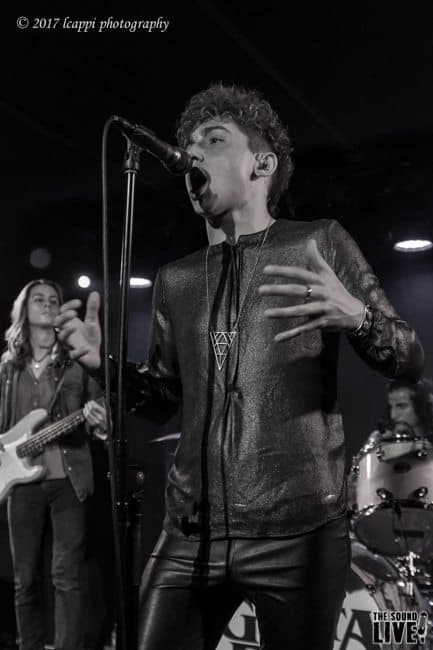 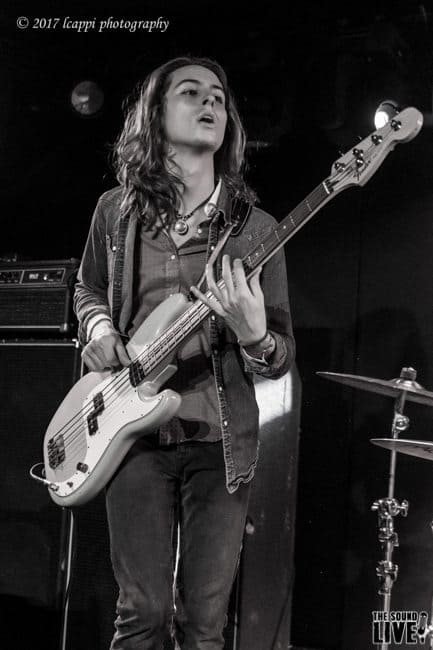 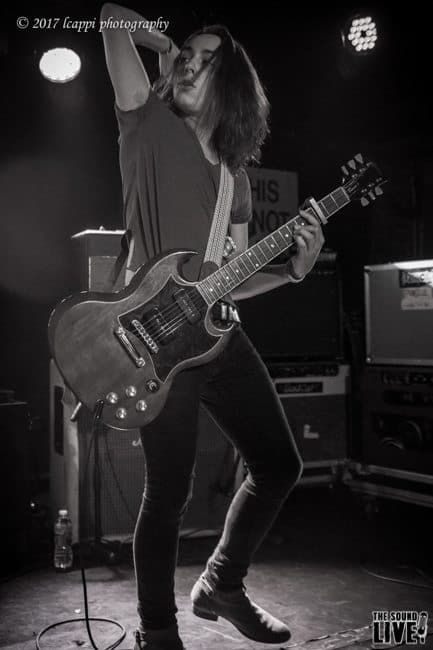 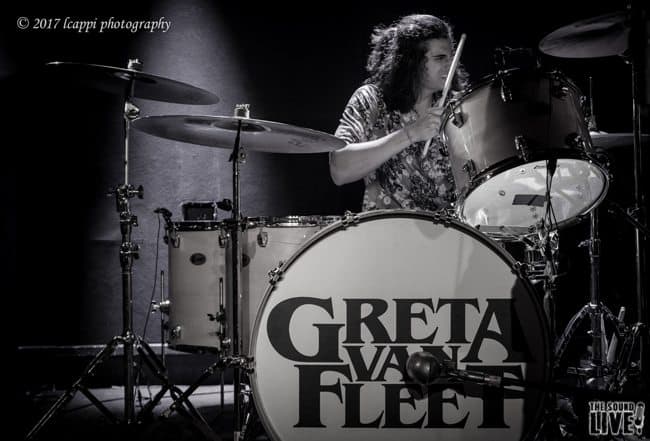 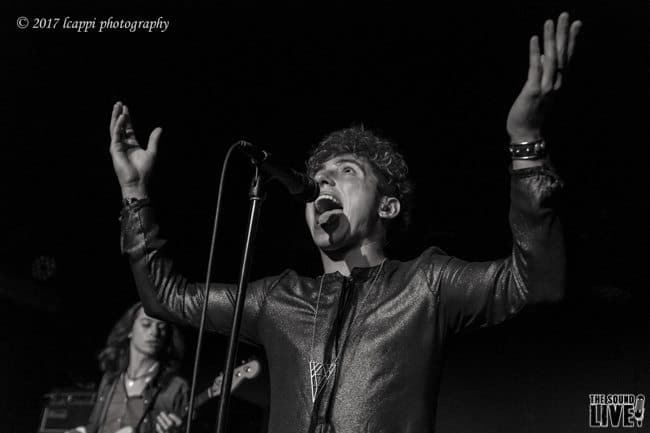 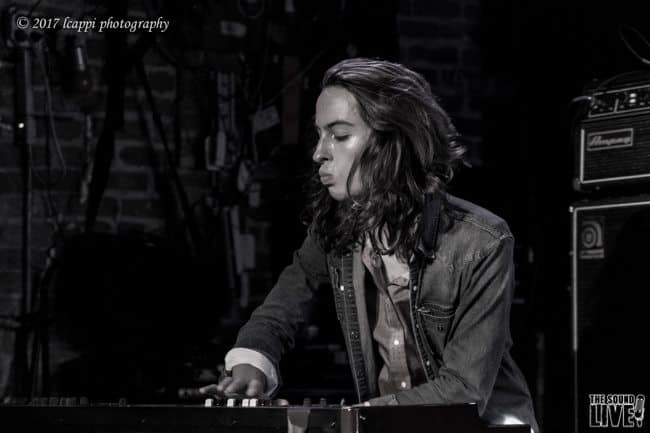 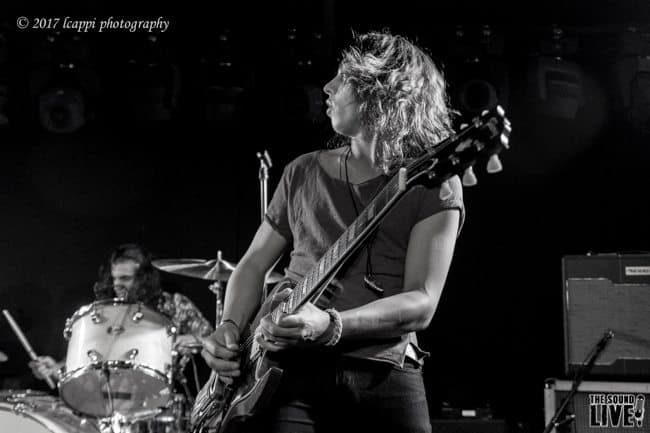 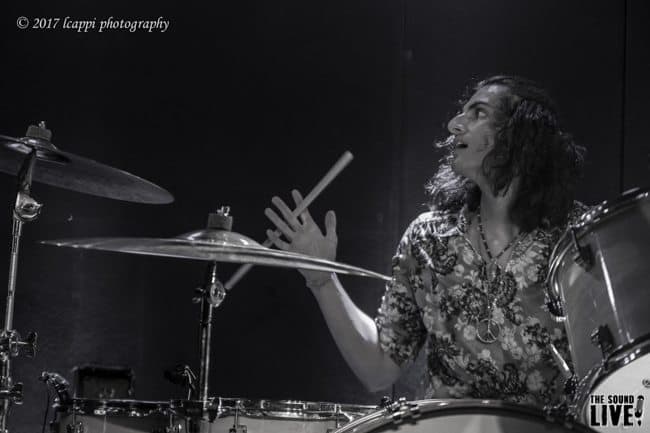 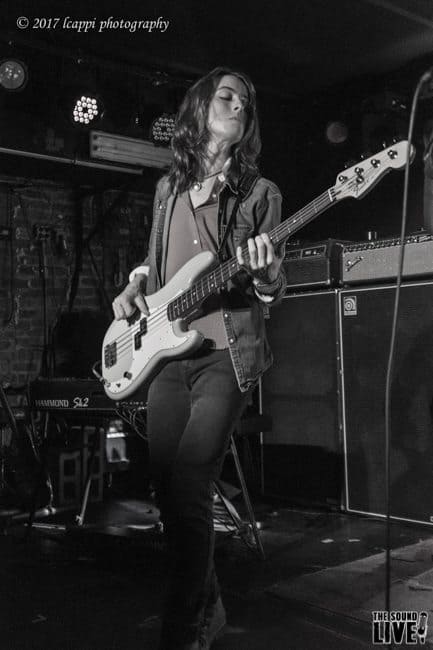 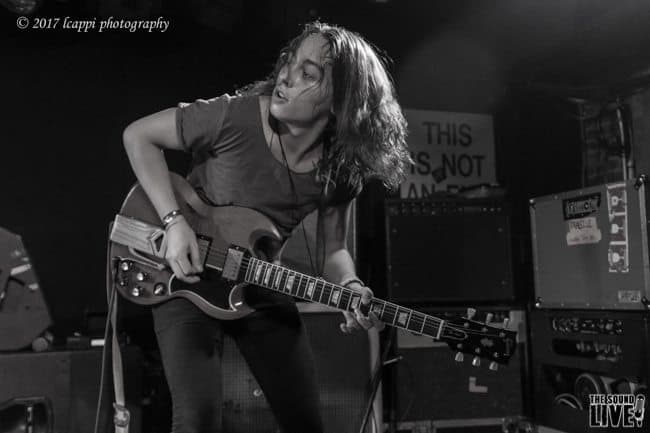 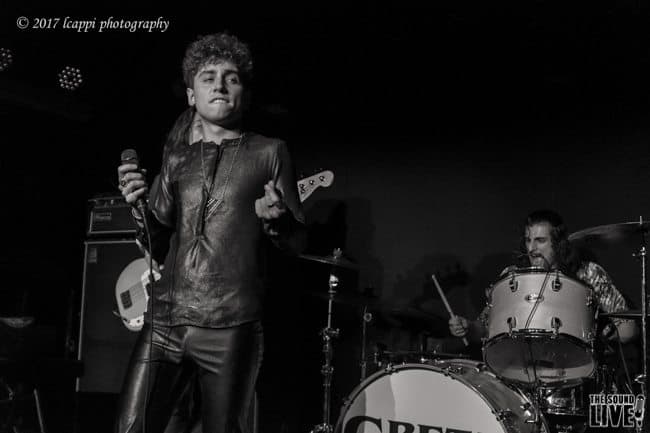 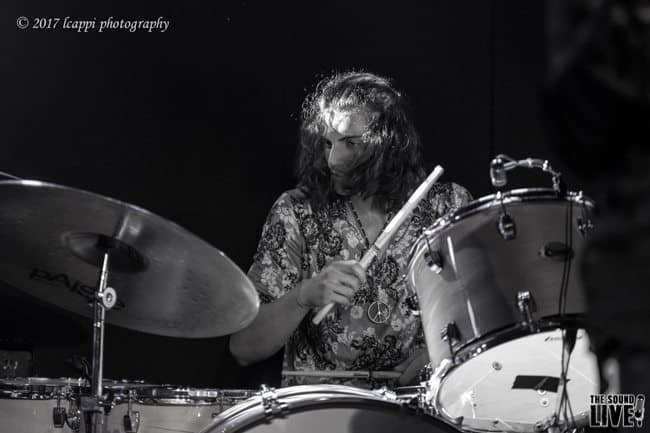 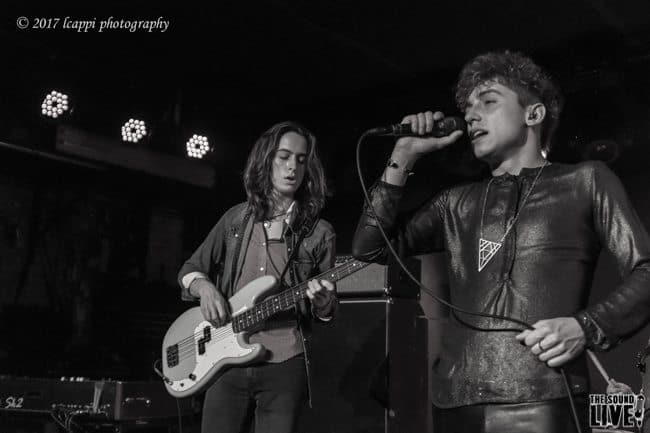 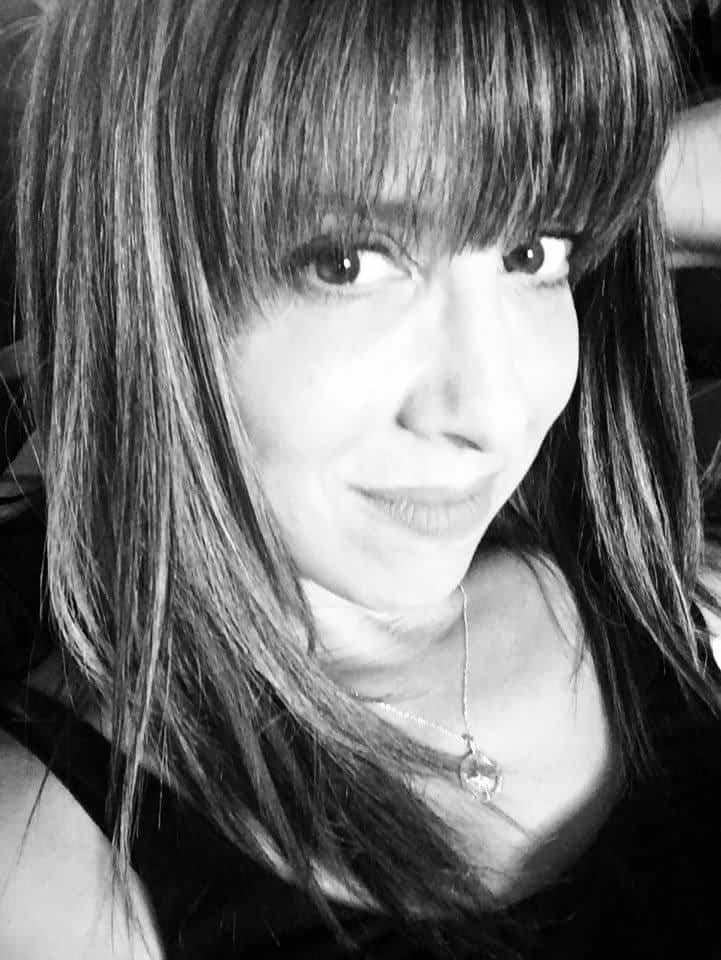 Miss May I Release “Curse of Existence”

The Contortionist to Perform “Language and “Exoplanet” in Their Entirety