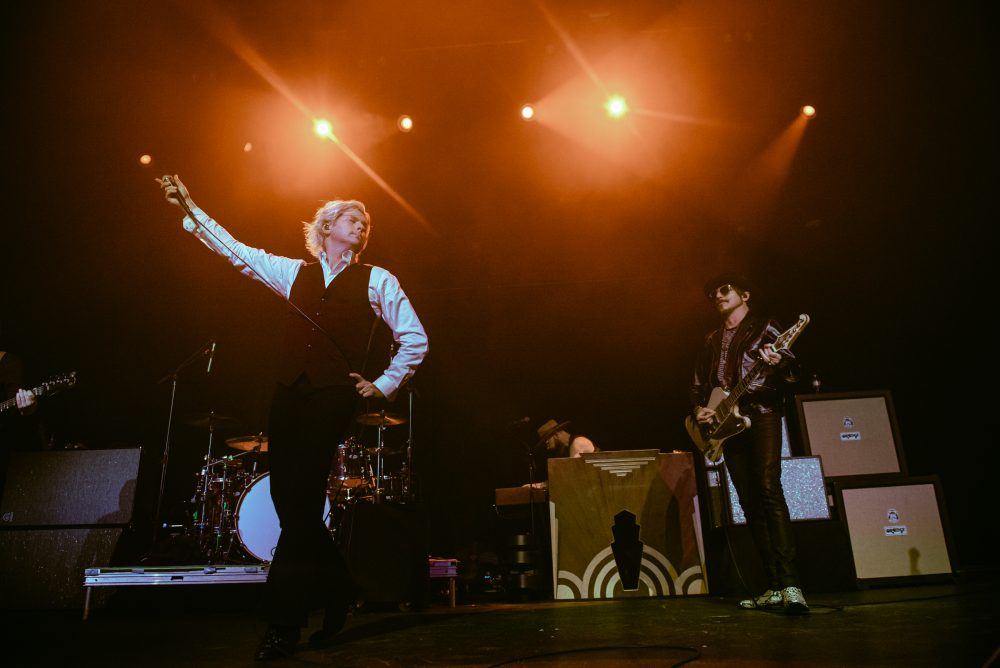 Long Beach natives Rival Sons embarked on a tour in support of their latest album Feral Roots through the later half of 2021. The band had been unable to hit the road due to covid and the ongoing venue restrictions, the band was finally able to stop by Austin at Riverside’s Emo’s on October 7th alongside special opening guests The Hu.

While I was personally unfamiliar with The Hu, it felt as if the entire crowd was up to date on what was about to transpire on stage. The Hu are an eight-piece Mongolian folk band who became popular through their YouTube exposure. With instruments such as the tovshuur and unique Mongolian throat singing, they made a long lasting impression on old and new fans alike. An unlikely and unexpected opening act for a bluesy rock act was ultimately a success.

The empty space in the venue gave away how underrated Rival Sons still are even after a decade long career, a Grammy nominated album, a Grammy performance and an opening spot on Black Sabbath’s final tour. When it comes to musical partnership and musicianship, it’s hard to think of another band that can stand next to Rival Sons and even harder to think of a better musical duo than Jay Buchanan and Scott Holiday. Both the musical composition and onstage presence that both bring together is unparalleled.

Rival Sons decided against an encore given their good friend Reignwolf’s performance at The Continental on the same night. The band would later post their footage of their friend’s performance on their Instagram page, showing that bands are also a part of each other’s support system. A support that is perhaps more important through this pandemic.