Shinedown And Nothing More Sell Out The Beacon Theatre 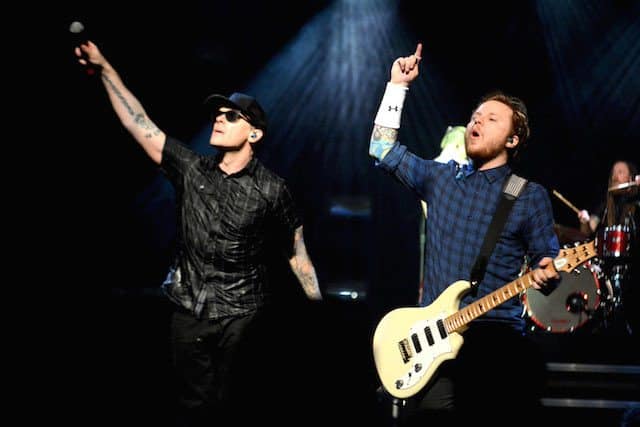 Shinedown from Jacksonville, Florida is one of the most successful hard rock bands to come out in the past decade; having released multiple albums to reach #1 on the Rock Album Charts such as Leave a Whisper (2003), Us and Them (2005), The Sound of Madness (2008), and Amaryllis (2012). After three years, the band released their latest hit single “Cut the Cord” off of their upcoming album Threat to Survival. In support of their upcoming release the band has embarked on a string of tour dates, stopping by the famous Beacon Theatre in New York City on July 24th. 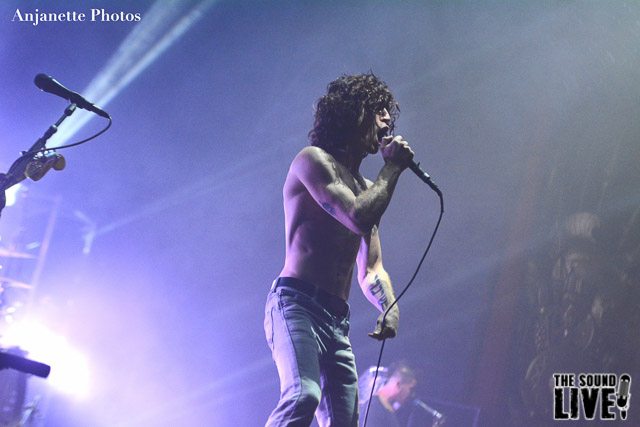 Opening up for Shinedown was American hard rock band Nothing More. Members include Johnny Hawkins-lead vocals and additional drums, Daniel Oliver-bass, Mark Vollelunga, and Paul O’Brien-drums who come from San Antonio, Texas and New Orleans, Louisiana. After releasing 5 independent albums, the band caught the eye of Eleven Seven Music, who in 2014 picked up their latest album giving the band an opportunity to reach wider audiences. They kicked off their set with “Mr. MTV”, which has received extensive radio airplay in the last year. Their most famous songs are “Jenny” and  “This is the Time (Ballast)”. “Jenny” is my personal favorite, which is a song that addresses mental illness, a subject that hits close to home for Hawkins. It is based on his sister’s struggle with bipolar disorder as well as his aunt who suffered from schizophrenia.

Nothing More has a powerful stage presence; Hawkins is very passionate and energetic with his drum playing and vocals. As their set was winding down Hawkin’s introduced the next song “This is the Time” explaining that at some point in life we must “let go.” They closed out their set with “Salem (Burn the Witch)” from their 2009 album The Few Not Fleeting. Hawkin’s grabbed his drumsticks banging away as Oliver and Vollelunga joined in forming a drum solo. Nothing More’s set was enjoyable, keeping everyone engaged without a dull moment. Keep your eyes and ears open for upcoming shows, Nothing More is here to stay. 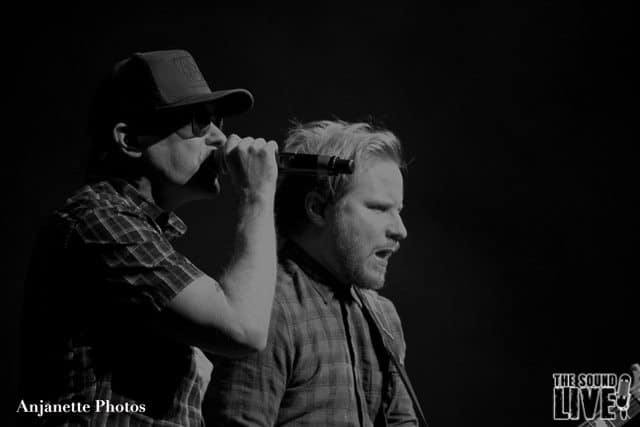 Shinedown (Brent Smith, Zach Myers, Eric Bass, Barry Kerch) opened up their set with their latest single “Asking for It” which was followed by “Crying Out”. Throughout the night, fans were on their feet cheering and singing to old favorites such as  “Fly from the Inside” and “The Crow and the Butterfly”. Brent Smith and the band played a few acoustic songs that touched many hearts in the audience. The one song I felt really struck people the most was “Through The Ghost”. Half way through the show, Smith took the time to wish their manager Bill McGathy a very special and happy birthday. He announced to the crowd that McGathy was not only their manager, but he is also a friend, a mentor and he is family. He asked everyone in the venue to help sing happy birthday.

Picking it up again, they began to play “Diamond Eyes (Boom Lay- Boom Lay-Boom)”. Fans were cheering crazily, jumping around and really getting into the deep based rhythms. They unleashed their new single “Cut the Cord” which is featured on their forth-coming album Threat to Survival, to be released on September 18th. A few more songs were performed such as “Enemies” and “I Dare You”. The night ended with “Sound of Madness”, an all time favorite for fans. It was a fun and crazy night with a lot of energy from both Shinedown and the crowd. Shinedown is a band that can carry a melody while also delivering a heavy sound.  Definitely plan on Shinedown shows in the near future as they promote their newest album. Get your tickets early, because it will sell out. 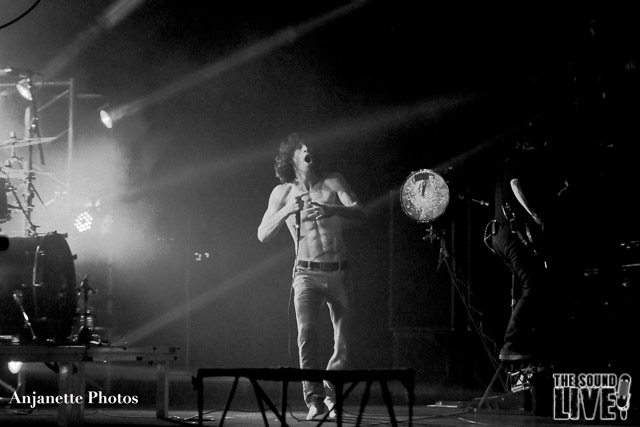 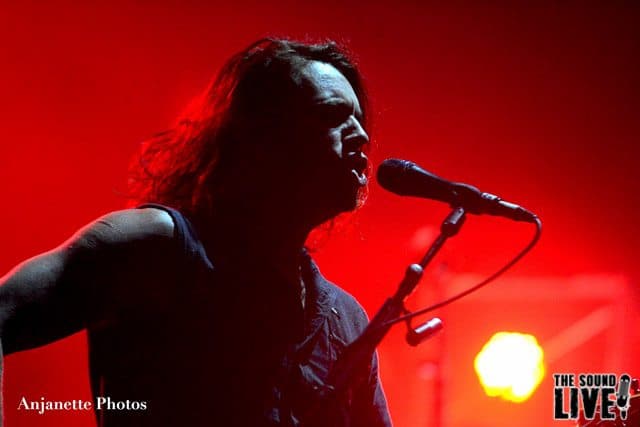 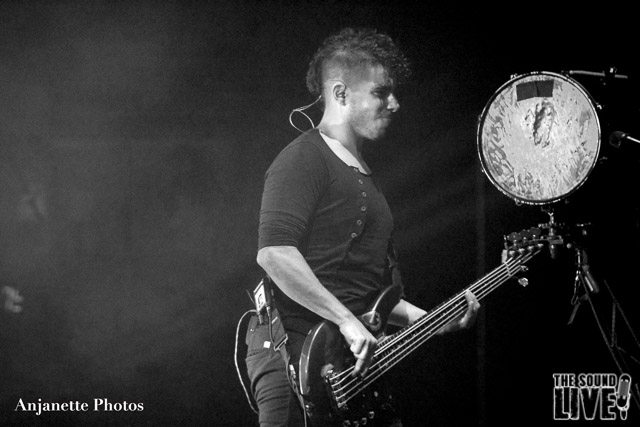 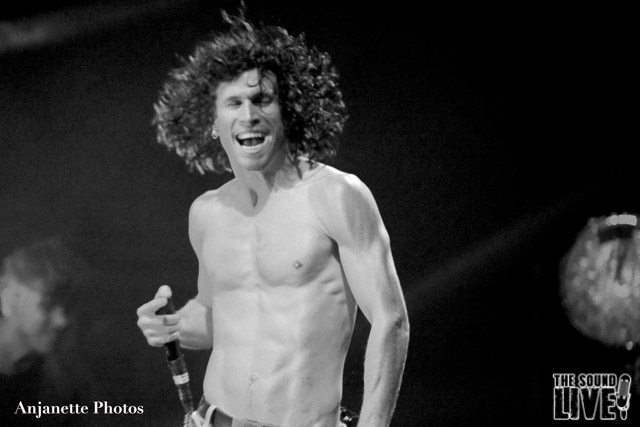 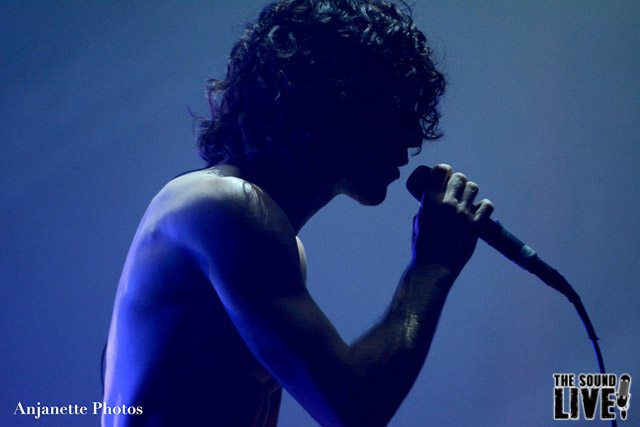 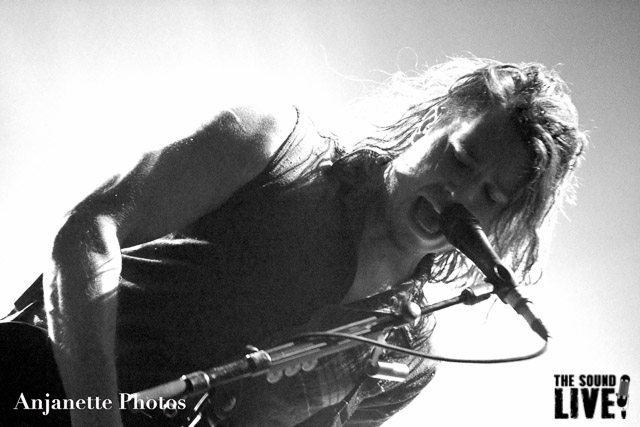 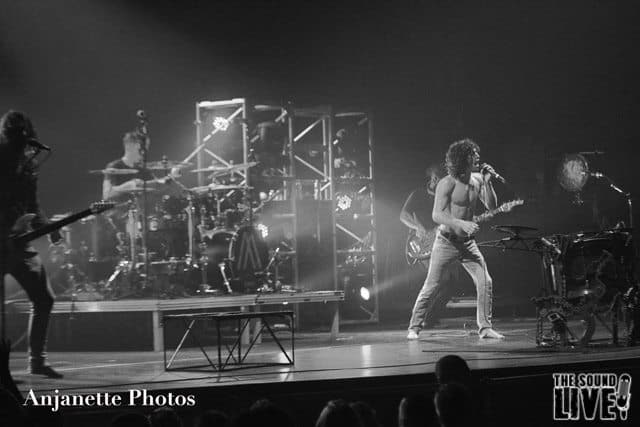 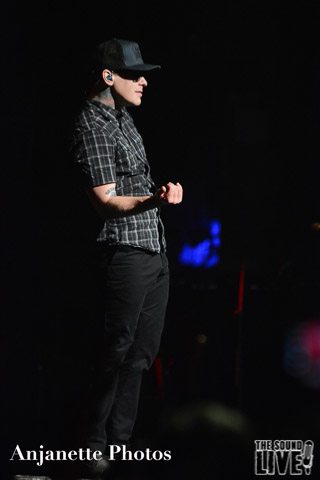 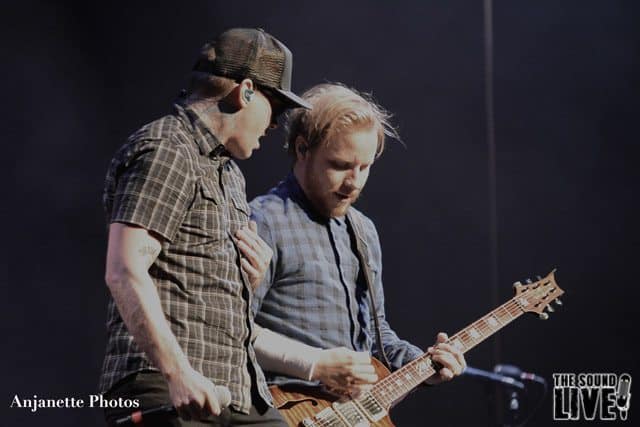 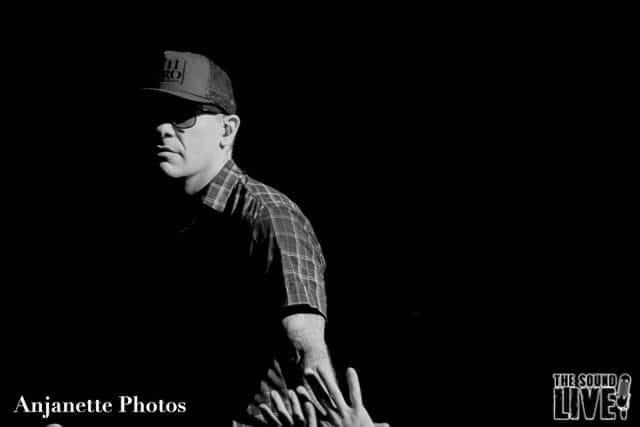 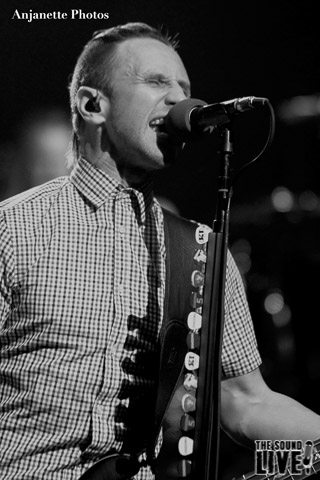 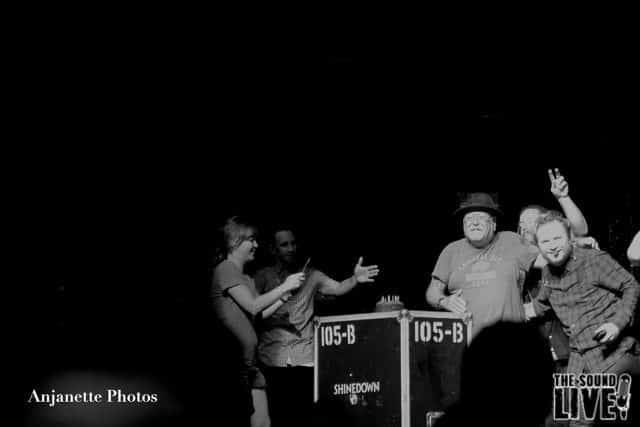 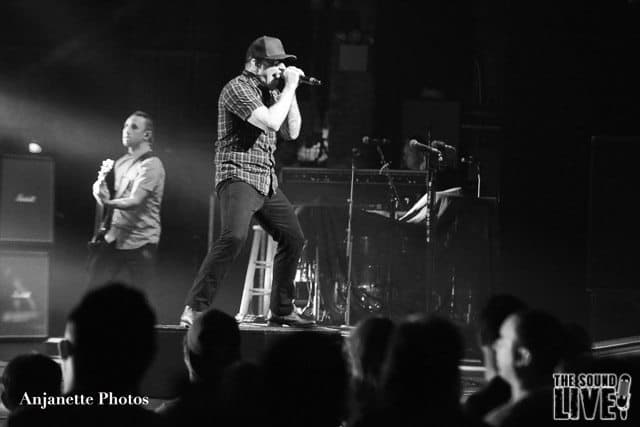 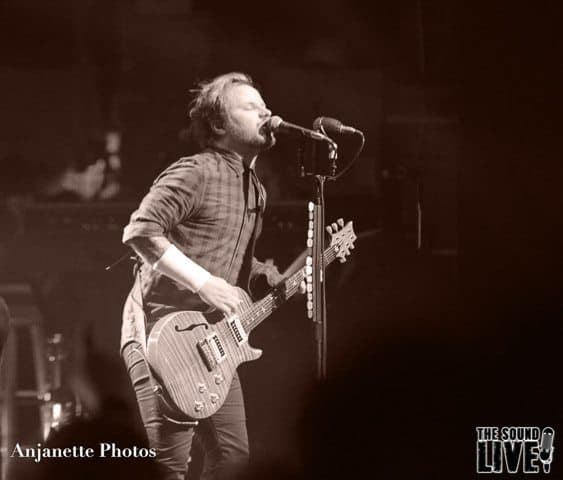 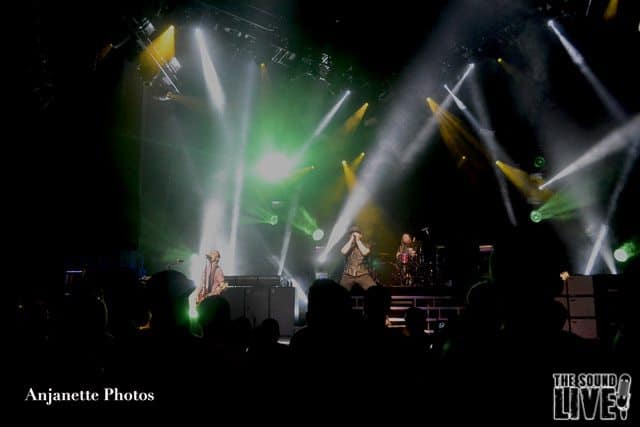 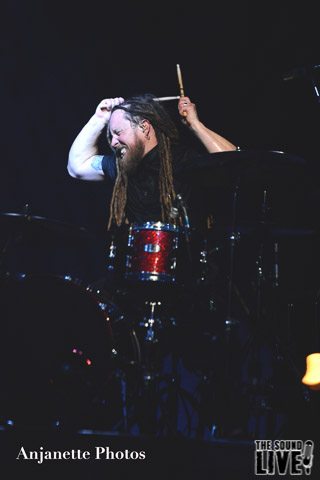 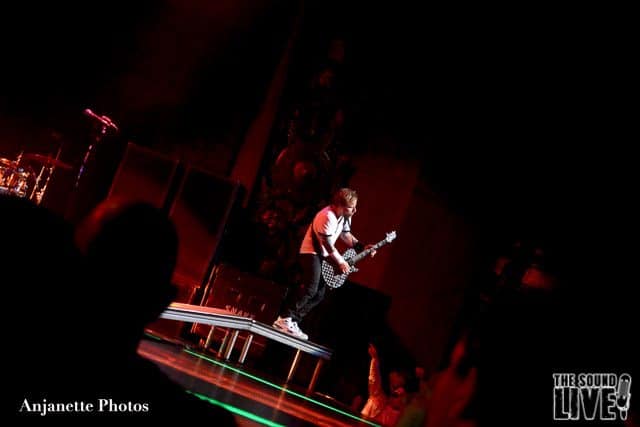 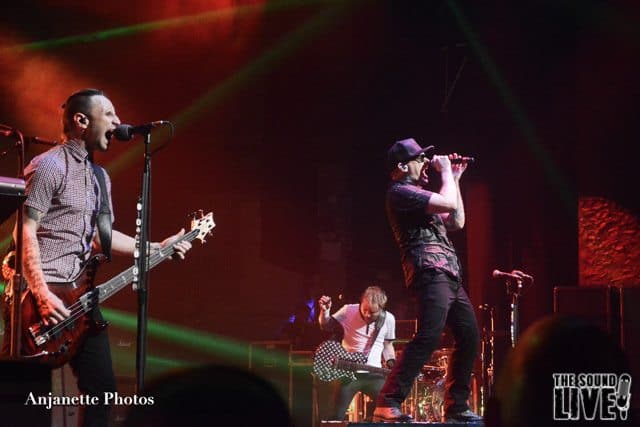 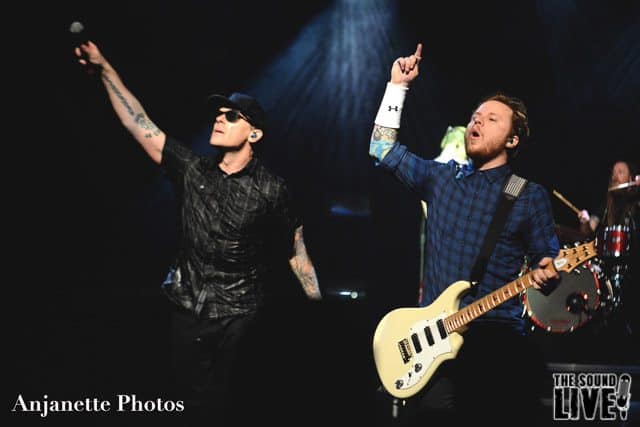