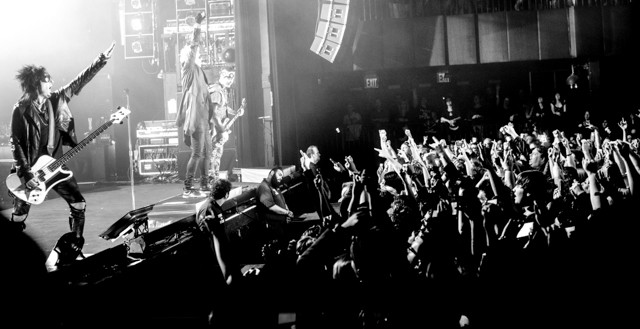 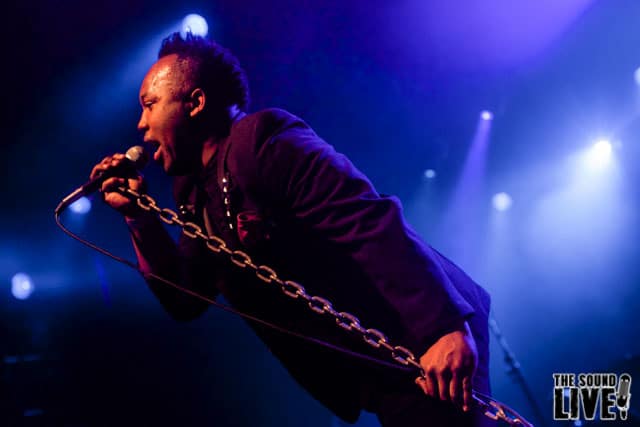 SIXX A.M. released their latest album titled Modern Vintage late last year and embarked on a tour with special guests Apocalyptica and locals Honor Among Thieves (only for NYC show), stopping by the Best Buy Theater on April 27th.

Local rockers Honor Among Thieves kicked off the show with an old school rock n’ roll style, bringing back the fun, upbeat rock sound in a time when the genre seems to be filled with darkness. The band consists of Moe on vocals, E Z on guitar, Sebastian on bass and Dave of Thrones on drums. Honor Among Thieves opening up for the likes of Apocalyptica and SIXX A.M. proves the talent and originality currently dominating the underground rock scene in New York City. Also shows that underground acts can land huge opening gigs, inspiring all musicians who hope to do the same. Honor Among Thieves showed never ending appreciation for being there and their positive spirit made the audience who arrived early enough to catch their set, pleased to have been there. 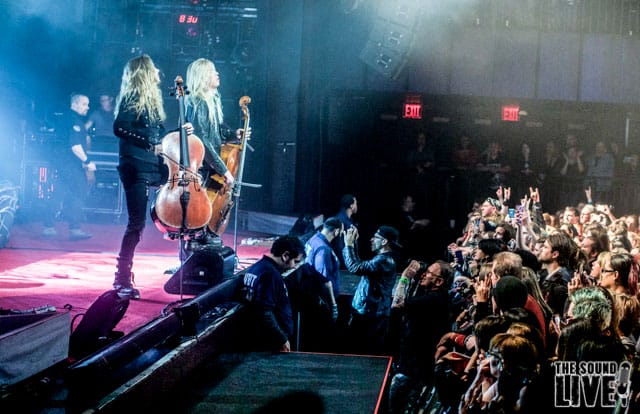 Finnish Cello Rock group Apocalyptica came out to fans eager to see their skills on the cello. Perttu Kivilaakso, Eicca Toppinen, and Paavo Lötjönen are known to be one of few cello rock groups to reach stardom in the rock and metal genre’s. All three are highly skilled in playing the cello and put on high energy live shows which leave fans mesmerized at their talent. Regardless of the audience’s knowledge of the cello instrument or classical music, anyone who is lucky enough to watch Apocalyptica perform live is left floored with their ability to play guitar solos on the cello. The band also consists of Mikko Sirén on drums as well as Franky Perez on vocals. Apart from playing their own original material, they also covered Metallica’s “Nothing Else Matters”, which made all fans in the venue very happy to hear such a classic. Apocalyptica has broken through barriers and have been able to show that classical instruments can be used effectively in any genre. The bands eighth studio album Shadowmaker is also out now!

The venue was beyond filled by the time SIXX A.M. came out on stage, starting out with lead singer James Micheal who radiates feel good energy on stage. DJ Ashba soon joined James and eventually Nikki Sixx came out as well to a booming crowd. SIXX A.M. which simply began as a project to create the accompanying soundtrack to Sixx’s book The Heroin Diaries, became a hit and went on to release three studio albums, the latest being Modern Vintage. SIXX A.M. placed big box crates filling in the gap between the crowd and the stage in order to get closer to their fans. The crowd up front was ecstatic to have Nikki Sixx so close to them. As if the venue couldn’t be any more crowded, more fans kept arriving as the show went on, proving how SIXX A.M.’s popularity has risen in recent years. Make sure to grab a copy of their latest album Modern Vintage which is out now! 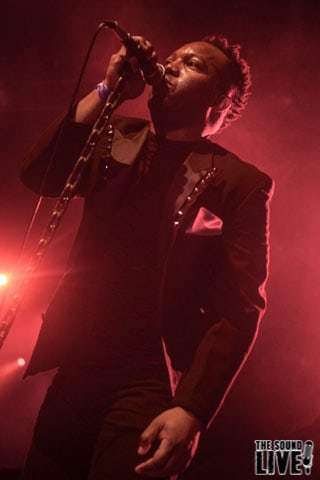 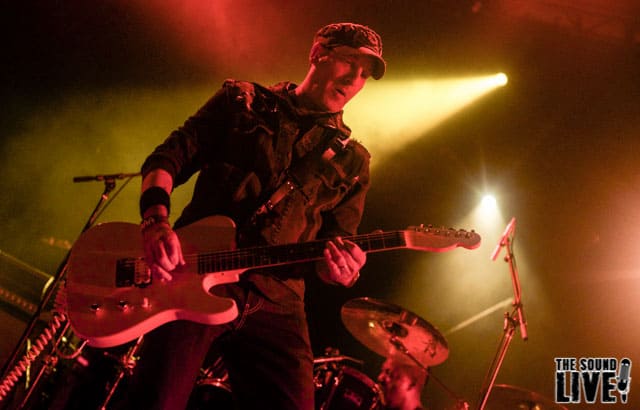 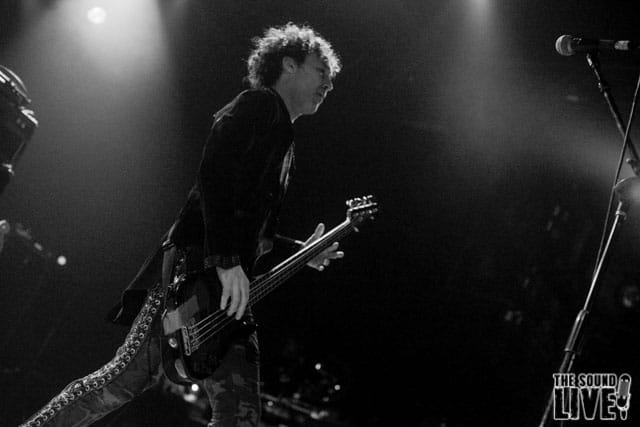 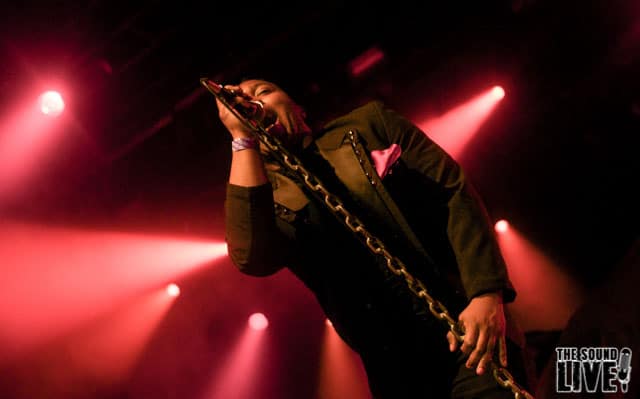 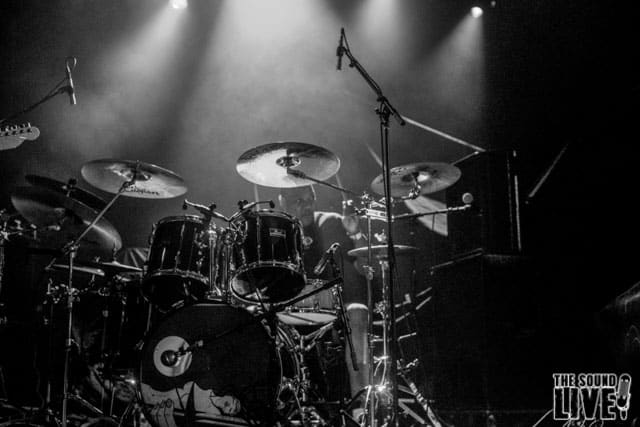 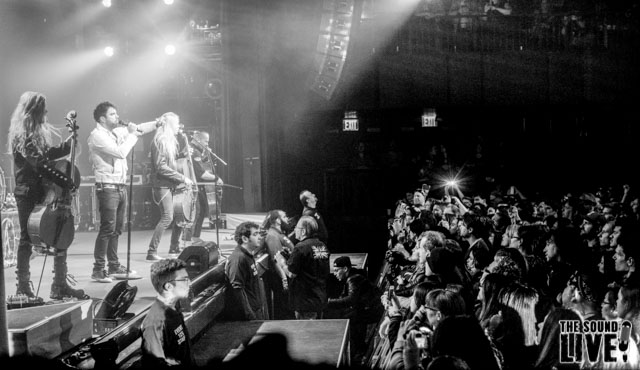 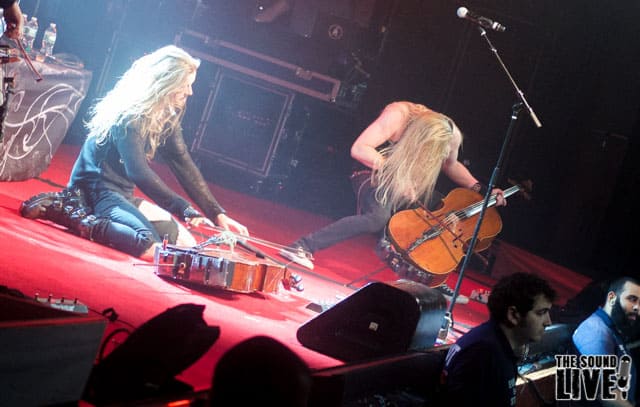 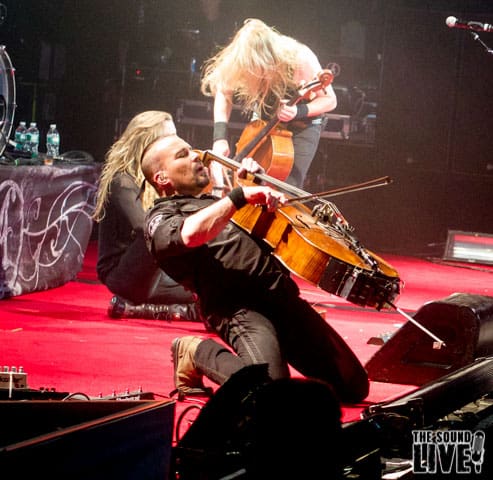 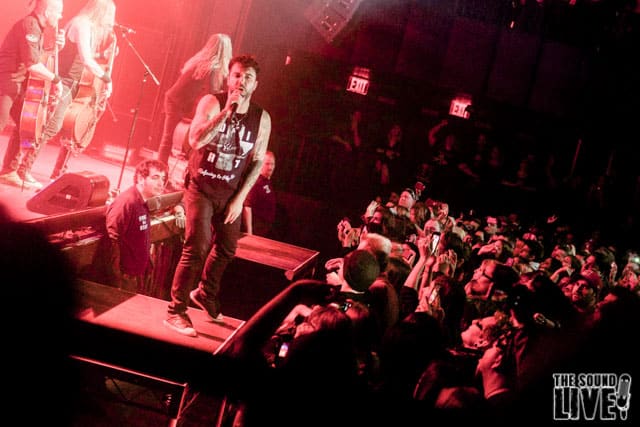 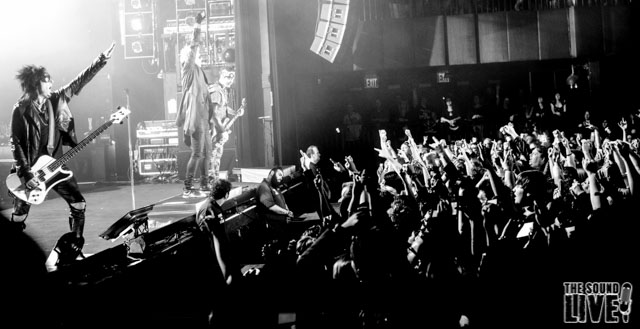 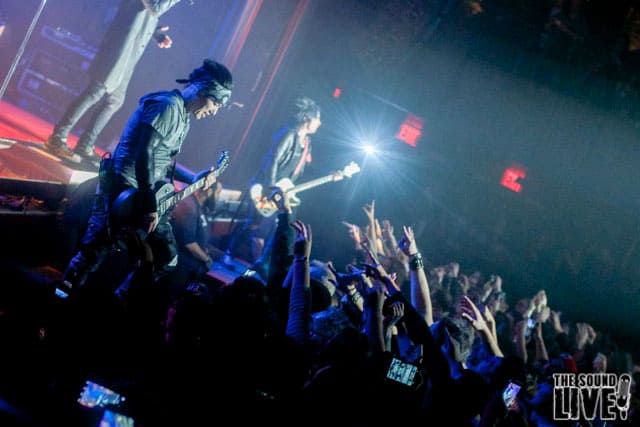 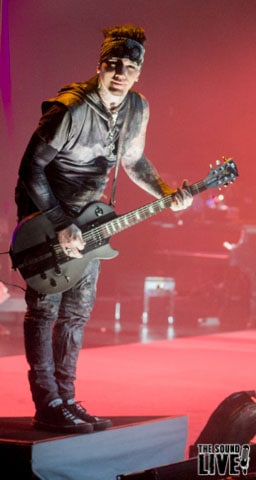 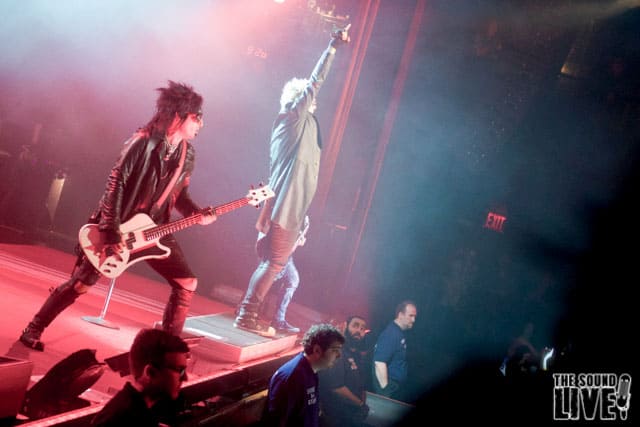