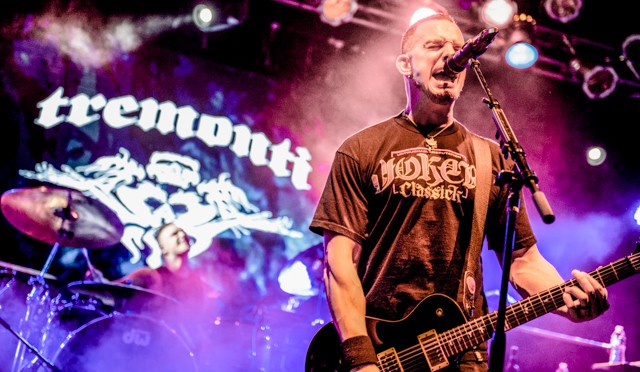 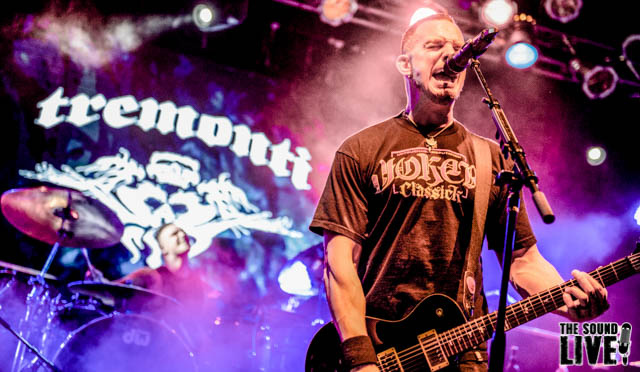 The name Mark Tremonti is not new to the spotlight. Former Creed guitarist and current Alter Bridge guitarist has embarked on his own solo project titled Tremonti. After the success and critical acclaim of their first album, it was no surprise their second release would await more fans and larger anticipation. With a tour in support of their second album release, Cauterize, Tremonti stopped by NYC performing at the Highline Ballroom to a chaotic and adrenalized audience (May 11th). The boys also had some very talented bands to help them get fans excited; up and coming metalcore band The Only Weapon, and the southern rock group, Shaman’s Harvest opened up the show. The mix of genre’s throughout the night as well as the fan fulfilling final performance of Tremonti left all at Highline Ballroom, highly satisfied. 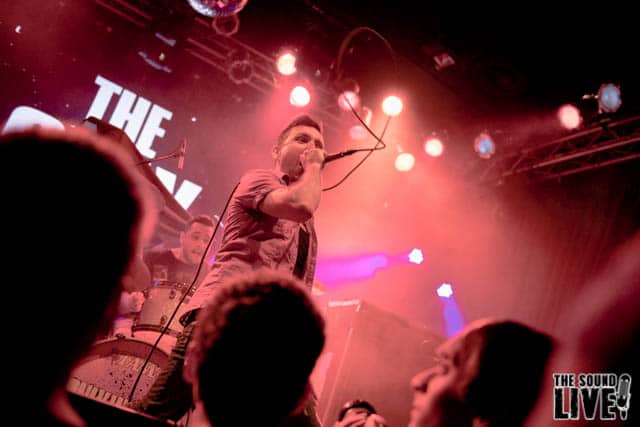 New York City’s very own The Only Weapon opened up the show to audience members curious to see what they had to bring to the table. The Metalcore/Hardcore unit was quick to display high energy on stage, something the audience was able to feel and expressed their energy right back in the form of a mosh pit. The Only Weapon is Vincent Garguilo, Mike Marrone, Joe Cox, Oscar Torres, Donny Korpi, all of whom show great unity and chemistry on stage. The band has recently released their latest album titled Collapse available for purchase here. 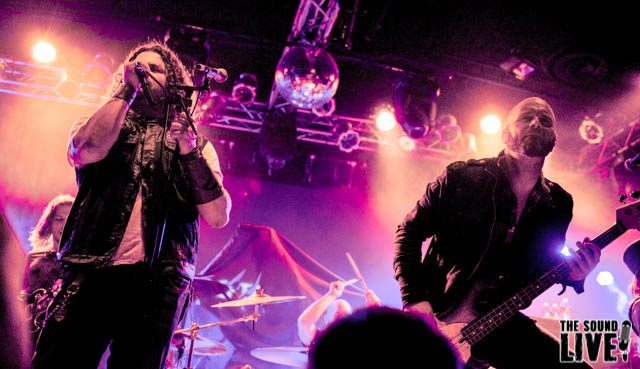 The audience had no idea who could’ve been playing next after The Only Weapon surprised them with a metalcore set. However, the next band did not fail to please. Southern rockers, Shaman’s Harvest, began their set with a crushing southern rock tune, one after the other. They were another unexpected surprise considering the difference between each bands genre, though fans were open and loving lead singer Nathan Hunts strong, raspy vocals. Nathan Hunt, Josh Hamler, Matt Fisher, Joe Harrington, and Derrick Shipp make up Shaman’s Harvest, whose hometown is Jefferson City, Missouri; their southern roots are something the band is not afraid to show off, especially when performing southern pride songs like “Country As Fuck.” Other fan favorites were songs such as “Dangerous”, “Dirty Diana” and “Blood In The Water.” Shaman’s Harvest highly encouraged fans to call their local radio station and request for the band to be played. Help them get more listeners by purchasing their latest album Smokin’ Hearts and Broken Guns.

Fans were left waiting for the act of the night, Tremonti. Tremonti came on to the stage playing the well-known song “Leave it Alone” off of their first album All I Was. Mark Tremonti’s metal roots are finally displayed through muic and highly embraced through Tremonti. Their heavy influences cannot go unnoticed and fans were quick to start a mosh pit. The band went on to perform “All That I Got” before playing “Cauterize”, the first single released off of their second album Cauterize. Tremonti took a softer turn and surprised the audience by playing Mark Tremonti’s favorite song, “Prayer”, from 90’s band Big Wreck. As soon as the song was over, the show went back to it’s high energy vibe, playing “So You’re Afraid” and “Flying Monkeys”, a very special sneak peak to their second album. 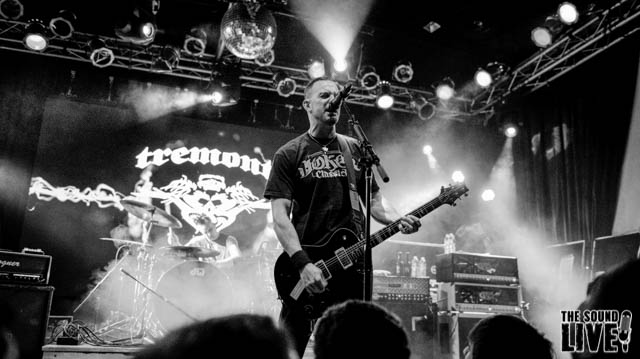 As the show went on, the audience seemed to be in awe at the fact that a band could have so many catchy tunes and maintain such a high energy show. The show seemed to be over way too quick for fans taste, and while Tremonti had originally ended with “Brains” and “Another Heart”, they knew fans couldn’t be left wanting more. They soon returned for an encore playing both “Decay” and “Wish You Well”, two of the heaviest songs off of their debut album. Their very successful show at Highline was only a preview of the album that was to come. Tremonti released their highly anticipated album Cauterize on June 9th, which you can buy on iTunes here. 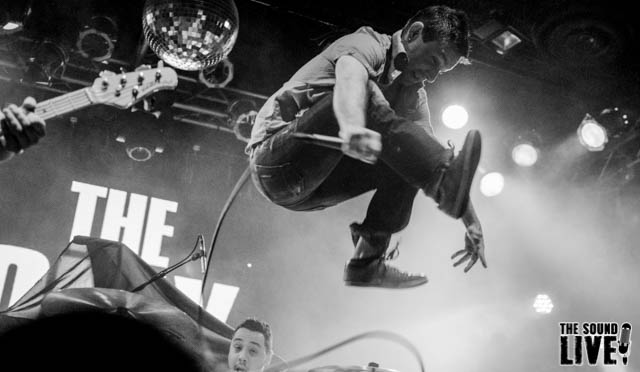 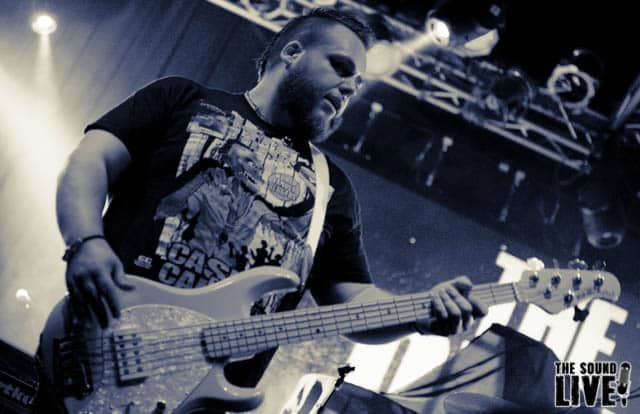 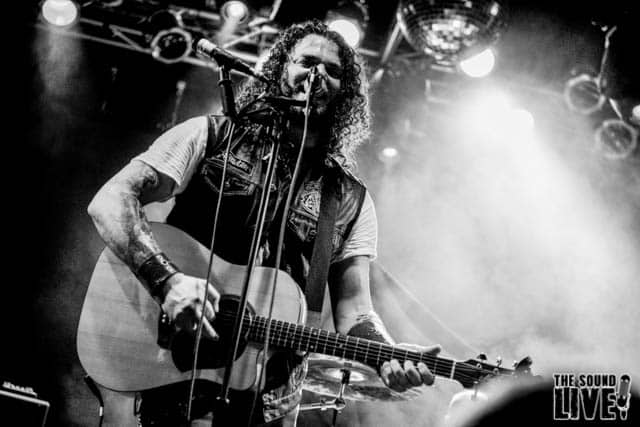 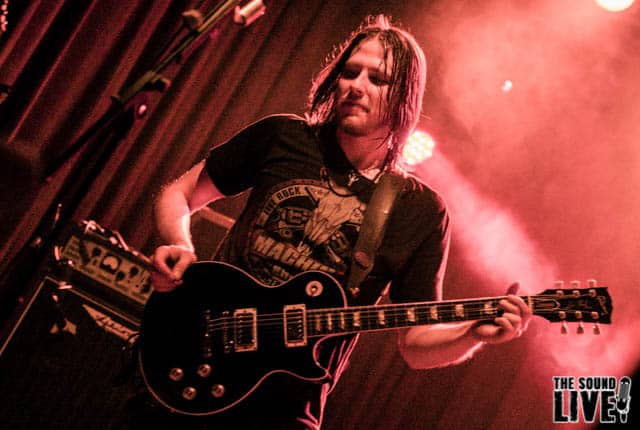 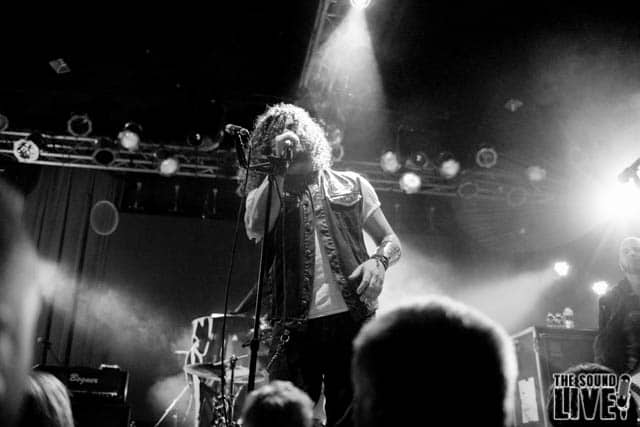 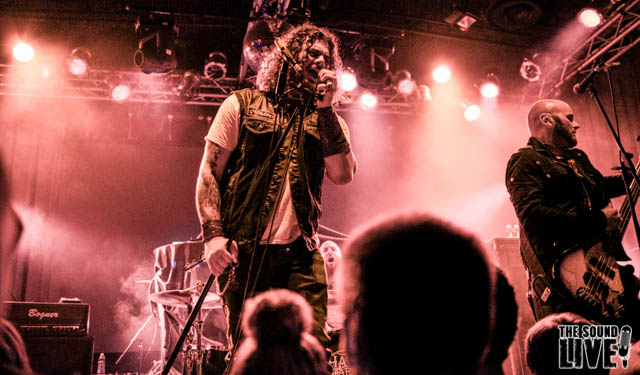 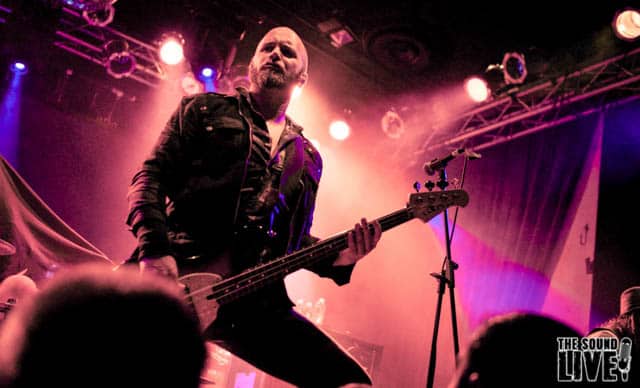 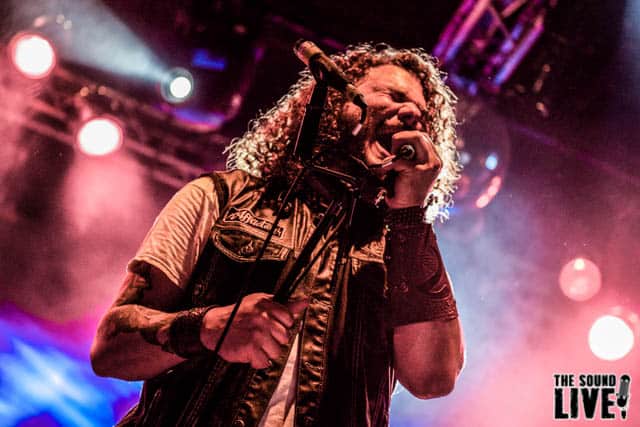 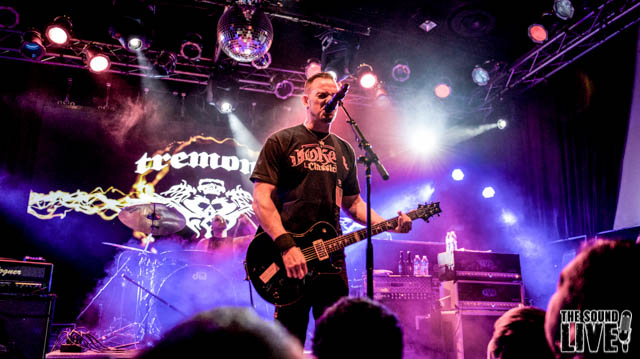 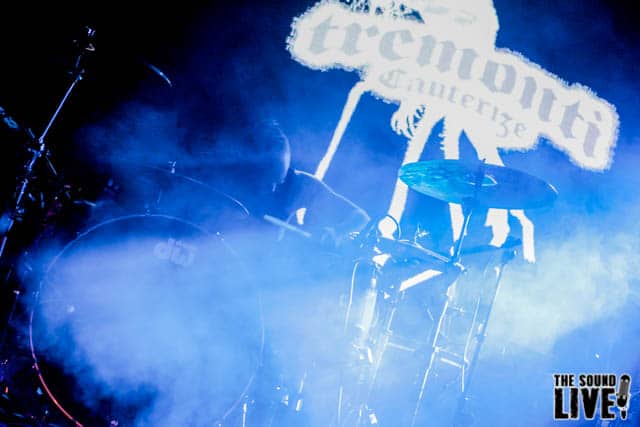 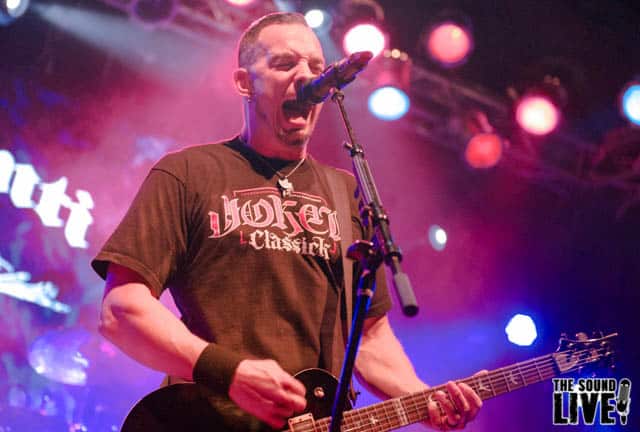 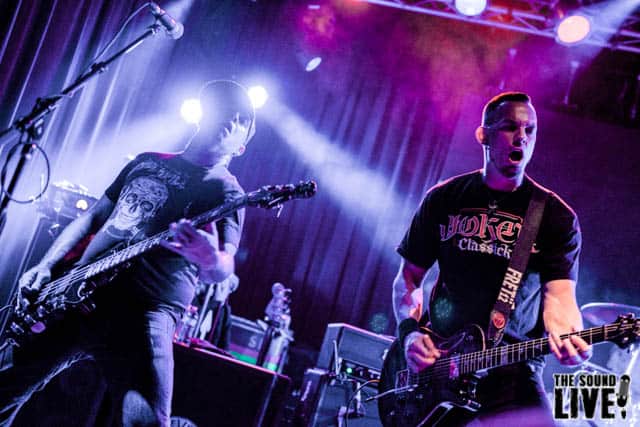 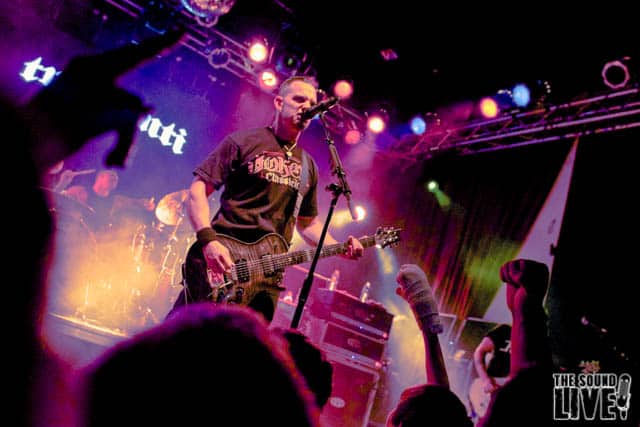 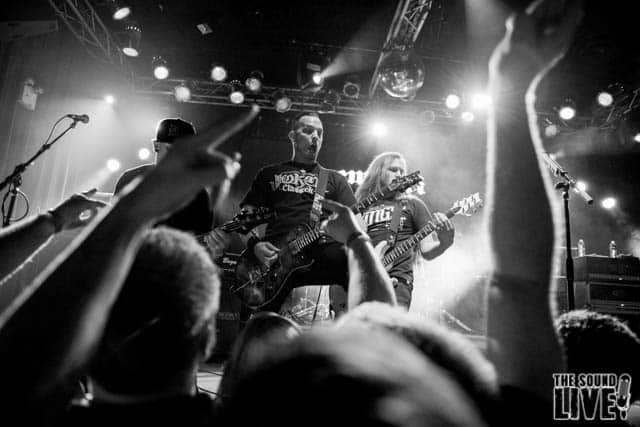 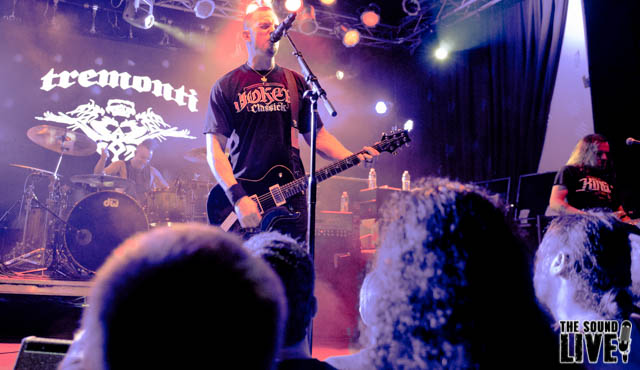 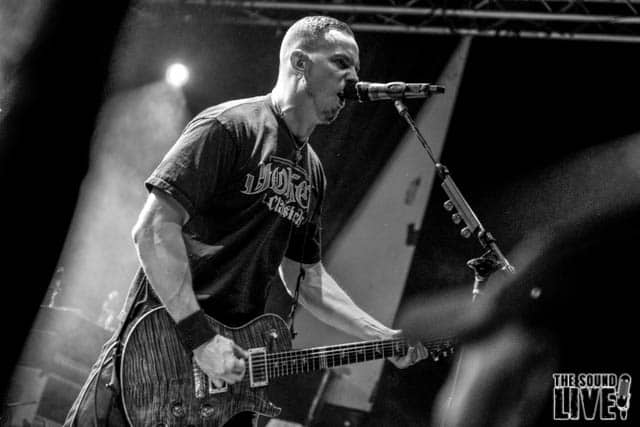 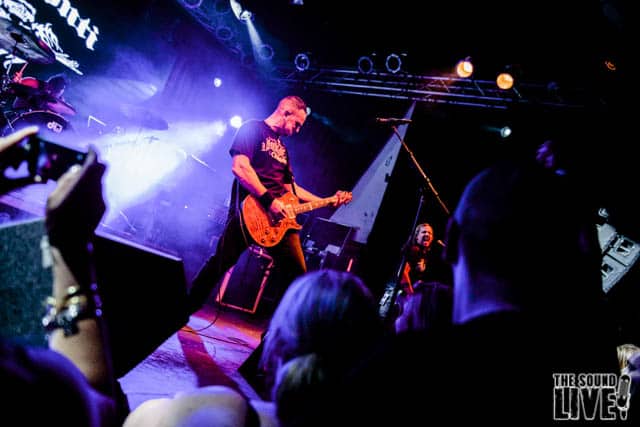