November 1, 2017 saw a night of raw, female-fronted power at The Bowery Electric, as Barb Wire Dolls and The Liza Colby Sound rocked the packed room with fire and high energy, as part of an amazing lineup that also included Svetlanas and 57. 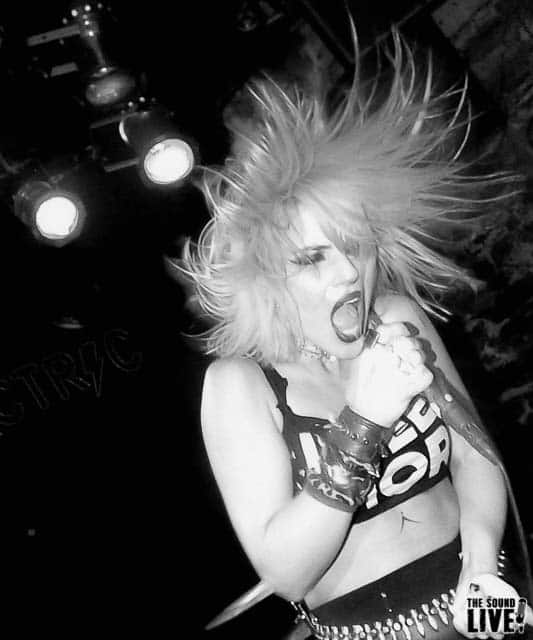 Barb Wire Dolls, in the midst of a national tour in support of their new album “Rub My Mind” on Motorhead Records, headlined the evening.  They are no strangers to the local punk and rock scene, having played Bowery Electric and other local venues many times in the past five years.  First playing the city as a three-piece, the initial core of the band is the inimitable Isis Queen on vocals, Pyn Doll on lead guitar, and Krash Doll on drums, all who have been constant.  The band has since grown, and after a few lineup changes, now also features Iriel Blaque on bass and Xtine on rhythm guitar.  The band tore through several songs from their latest album, including “Call Me,” “Where Mountains Drink The Wine,” and “Back In The U.S.S.A,” along with several songs from their first two albums, “Slit” and “Desperate.”  The addition of bass and rhythm guitar was especially noticeable in the performance of their earlier songs such as “World On Fire” and the show closer, “Revolution.” Both originally recorded and performed as a three-piece, carry a thickness and heaviness akin to the newer material.  The band, as has been the case since I first saw them five years ago, was tight and precise without sounding mechanical or rote, exhibiting a raw edge that had heads banging. It was incredibly fun, frenetic and energetic to watch.  But even with all of the volume and movement surrounding her, Isis Queen commands the stage with a presence at once confrontational and alluring, going from haunting whisper to resounding singing to full-throated yell, sometimes within the same song.  It was a mesmerizing performance, as always. 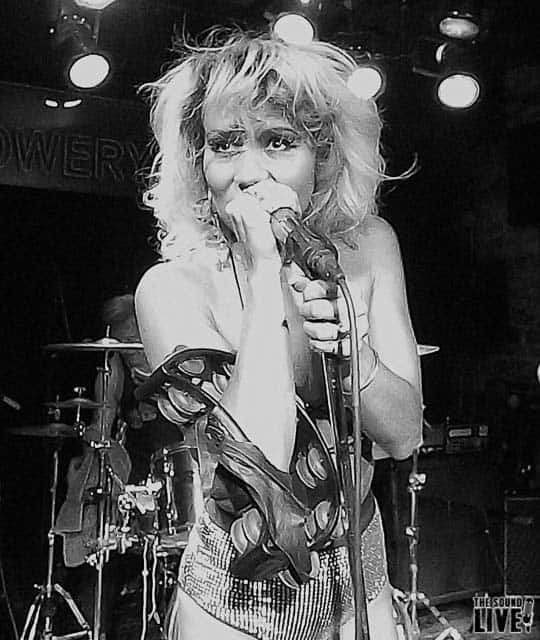 In the midst of their residency at The Bowery Electric, The Liza Colby Sound proved more than up to the task of energizing the crowd.  Full disclosure: I was not altogether sure that the band would fit in this lineup.  Not because of anything lacking in the band…au contraire, I’ve been blown away each time I’ve seen them…but because I wasn’t sure if their brand of raw, heavy, blues- and soul-influenced hard rock would play well against the pure punk permeating the rest of the evening’s lineup.  But my worries were all for naught, as their power and vitality and volume more than made up for the absence of the punk beats exhibited by the other bands in the night’s lineup.  Guitarist Tom McCaffrey, bassist Alec Morton, and drummer C.P. Roth are all virtuosos at their respective instruments, and were all given their chance to shine with amazing solo breaks.  But it was the heavy groove that they kept up throughout the set, from song to song, that got and kept the crowd moving.  Liza Colby herself is almost indescribable as a singer and a performer, hitting notes with a force that physically moves you while perpetually dancing and bobbing her head in perfect time.  Another woman who, even amidst the staggering talent backing her, commands the stage by pure force with a stunning combination of attitude, sexiness, and sheer vocal chops. 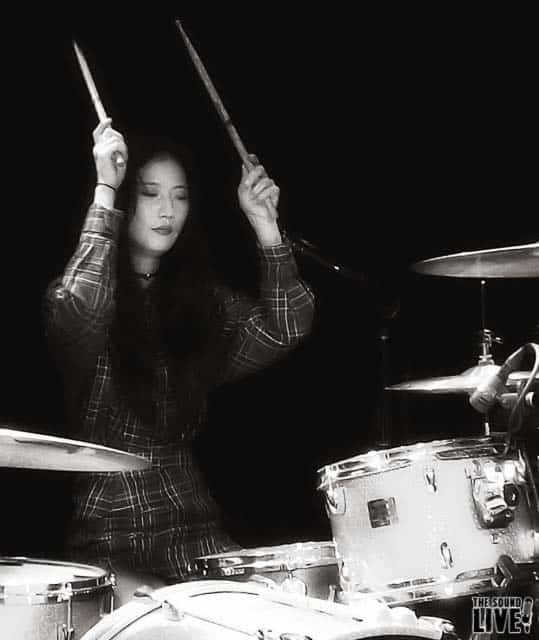 The other bands on the bill, 57 from South Korea and Svetlanas from Russia, both more than lived up to the difficult task of matching the high energy of Barb Wire Dolls and Liza Colby.  57 are a two-piece, with Jun on guitar/lead vocals and Snow on drums/backing vocals, but it for all the world sounded like a full 4- or 5-piece band was up there.  They kicked off the evening, and in the process of their set, they ran the gamut from moody, atmospheric pieces to full-on frantic punk, displaying intensity throughout.  It was an exhilarating way to start the show. 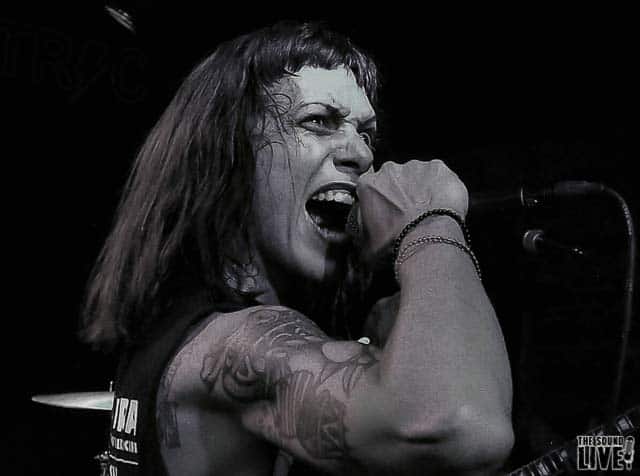 Svetlanas were simply awe-inspiring, with lead vocalist Olga being a virtual force of nature, getting right up in people’s faces (and actually accidentally hitting me in the nose at one point…but I didn’t mind!) with confrontational, angry, politically-charged lyrics, vocal-chord-straining vocals, and a direct, almost intimidating presence, encouraging everyone to put up their middle fingers and shout along with her on choruses in songs such as “Let’s Get Drunk” and “This Is Moscow Not L.A.”  The rest of the band played at a breakneck pace that at times seemed poised to veer out of control, yet still sounded tight.  The set left one feeling as if they had just been 12 rounds with an in-his-prime Mike Tyson. 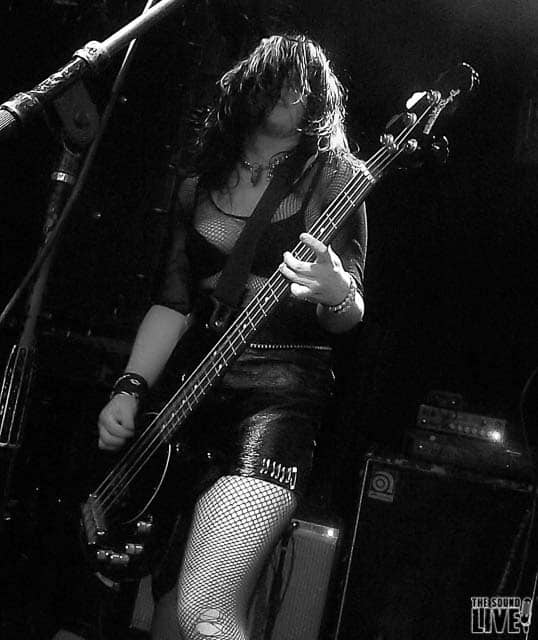 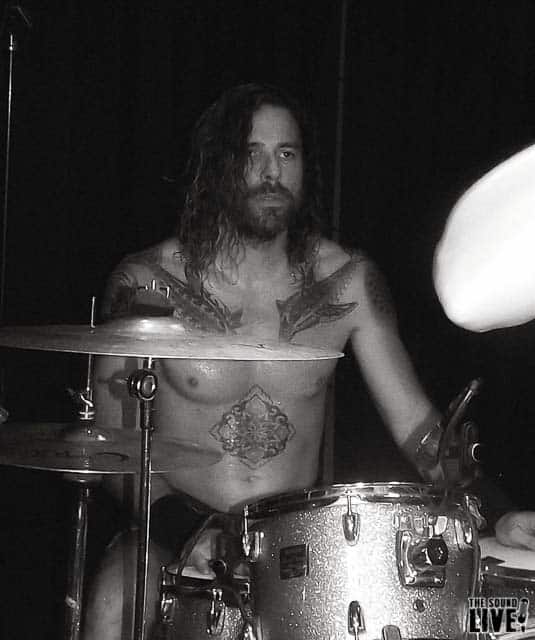 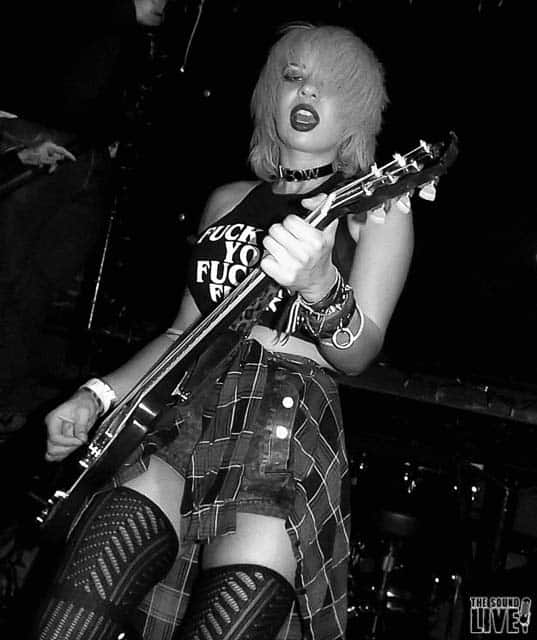 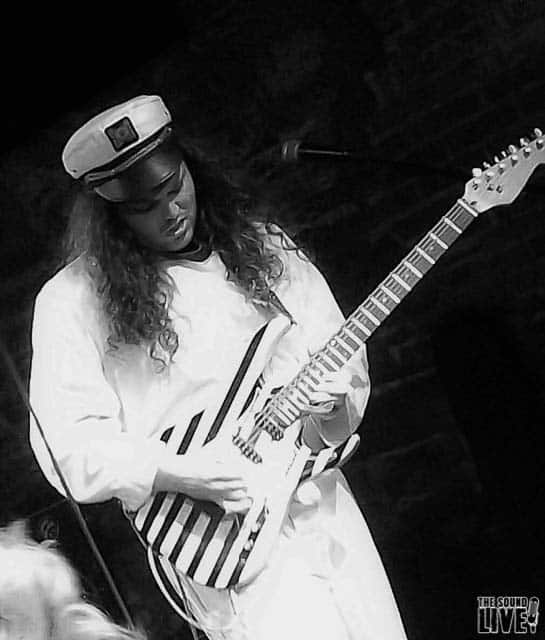 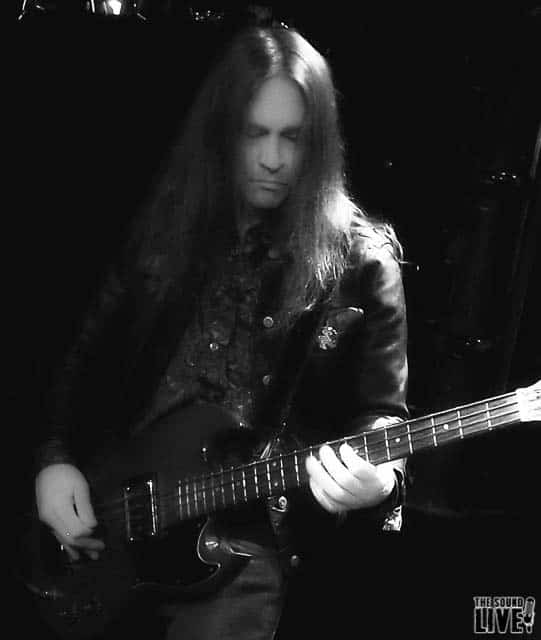 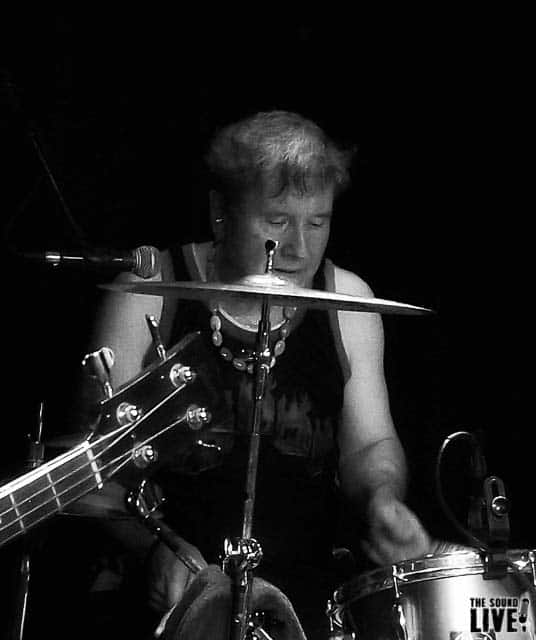 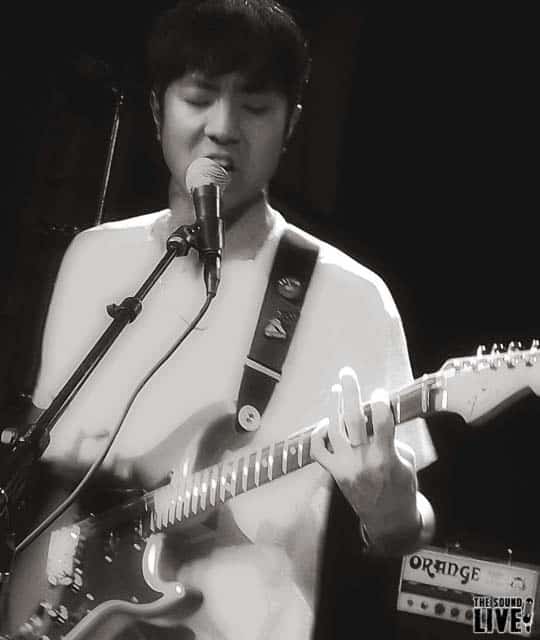 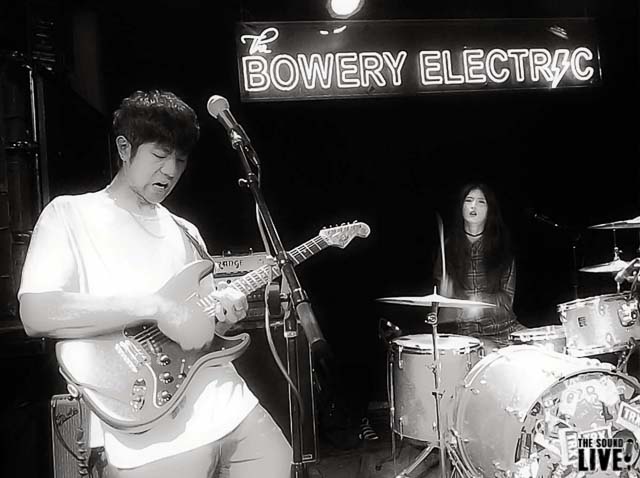 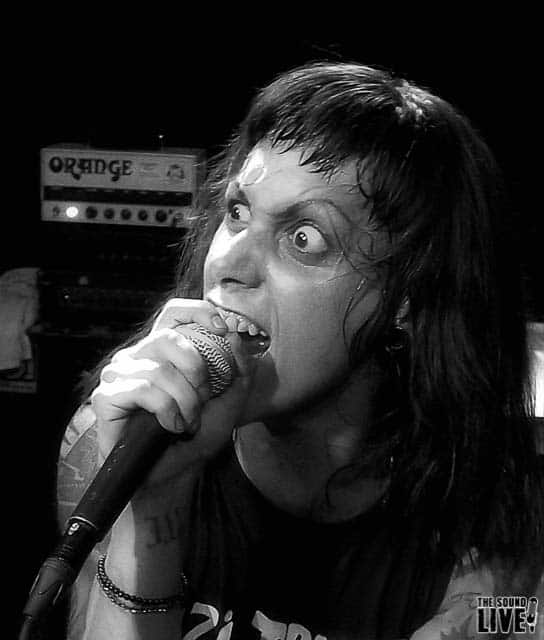 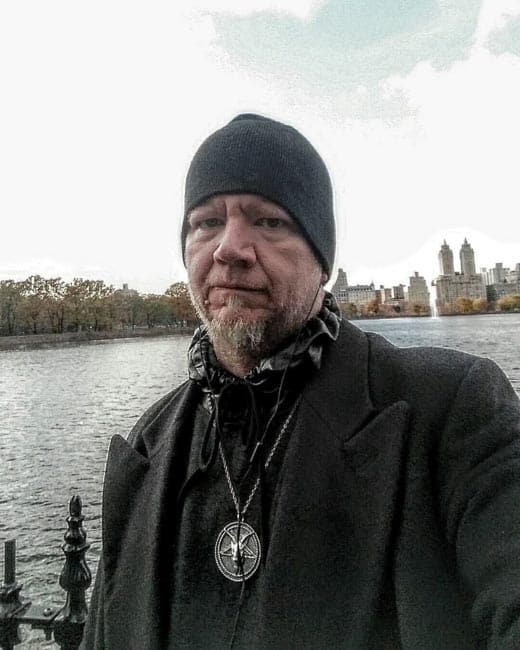 Joe Bottari
Joe Bottari is a born-and-raised New Yorker. A self-described "office drone" by day, he keeps himself sane by going to as many shows and taking as many pictures as he can. He still lives on the Lower East Side, where he has lurked for his entire life.