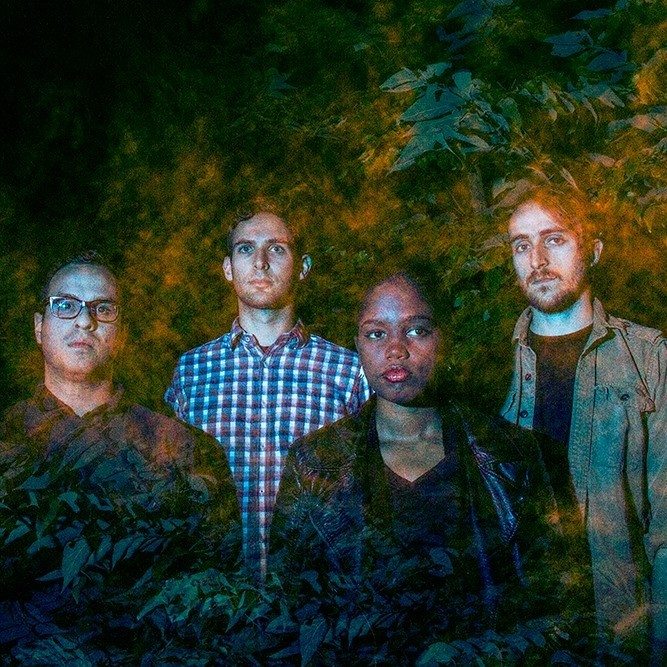 On a dark and cold Tuesday night, inside the elusive Brooklyn venue St. Vitus, a ferment was building and erupted onstage with three female-fronted bands that displayed the diverse sub-genres of heavy metal, including New York band, Husbandry.

Thrash and grindcore band SICK SHIT took the stage first. Lead singer Sami furiously wailed as she rolled on the floor, threw her shoes and a beer can at her bandmates, and spat at her bandmates, while they spat back. By the end of this performance, she flashed a sweet angelic smile to the crowd as she thanked everyone for watching.

Husbandry followed SICK SHIT, featuring Carina Zachary on vocals, Jordan Usatach on guitar, Arnau Bosc on bass, and Andrew Gottlieb on drums. The post-hardcore band combines distorted riffs with licks inspired by prog-rock, and Carina’s uniquely authoritative voice, which is a call to action all by itself. Carina’s vocals are both husky and powerful, creating the depth necessary to carry her heavy-weighted lyrics. She prowls the stage with an understated bewitching demeanor, as she belts out exceptionally written songs.

Husbandry’s debut album, Fera, can be purchased alongside a book by the same name. The book features lyrics to all of the songs on the album and designs created by the band.

As Husbandry finished, a curtain draping the back of the stage was peeled off to reveal a 10 by 15 foot wall of speakers. Sludge-metal band Jucifer finished out the evening blasting their wall of speakers with heavy distortion and high volume.