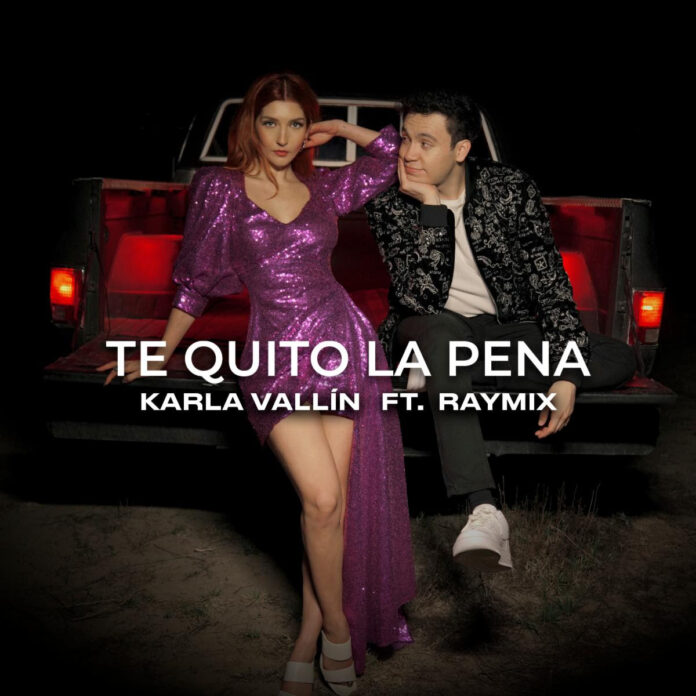 Karla Vallín surprised her fans with the recent release of “Te Quito la Pena” (I Take Your Shame Away) featuring Raymix, electrocumbia’s most prominent face today.

On the song Vallín states,

“I wrote this single a couple of months ago with my dear friends Ángela Dávalos, Grettell Garibaldi, and Mariel Trimalgo, during a women-only songcamp at Warner Chappell. I really wanted to write about a love story; many years ago, I was in love with my brother’s best friend, who was older than me, and of course everything was secret and forbidden and he was scared or ashamed of everything. In this song, I reflect the 15-year old Karla who, in her mind, thought that she was 20 and much wiser than her older love.”

Producer, arranger, singer-songwriter, and aerospace engineer from Mexico, Raymix is considered today’s biggest electrocumbia exponent. His fame exploded with his single “Oye Mujer” featuring Juanes, which debuted #1 on different music charts in Mexico and the United States and has a music video that surpasses 600 million views on YouTube. Throughout his short but fruitful career he has received multiple awards and nominations such as Billboard Latin Awards, Latin American Music Awards, Premios ASCAP, and Premios iHeart Radio, among others.

Produced by Armando Ávila, “Te Quito la Pena” comes with a music video directed by Fausto Terán that was recorded at a hotel in Tlaxcala, Mexico prior to the social distancing regulations imposed by the pandemic.