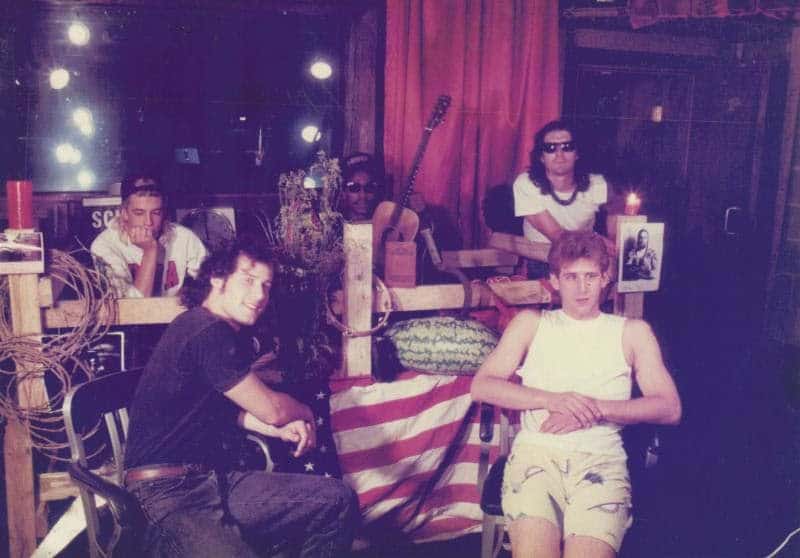 As a massive shift in power takes place in the US this week, the members of influential Washington, DC-based hardcore/punk outfit SCREAM have issued a brand new video for a previously-unreleased protest track, “Politics Is Entertainment.” This comes as Southern Lord the impending remixed reissue of the band’s No More Censorship LP.

SCREAM was formed in 1981 by vocalist Peter Stahl, his brother Franz Stahl on guitar, Skeeter Thompson on bass, and Kent Stax on drums. The next few years would see the addition of second guitarist Robert Lee Davidson and keyboard player Bobby Madden. Following three LPs through Dischord Records — Still Screaming (1983), This Side Up (1985), and Banging The Drum (1986) — SCREAM‘s No More Censorship was released via reggae label RAS Records in August 1988. A seminal album of the 1980s DC punk sound, the album was the first to feature drummer Dave Grohl, who replaced Stax for the album, and stayed with the band until they disbanded in 1990. This was the first album the now world famous musician ever played on.

Since disbanding, several incarnations of SCREAM have reunited/resurfaced for random tours and recordings since. Members of the band went on to form countless other influential acts, including Nirvana, The Foo Fighters, Wool, Queens Of The Stone Age, Goatsnake, The Suspects, and others.

Southern Lord will now reissue SCREAM‘s everlasting No More Censorship album. The band found the original multi-track tapes and Southern Lord had them baked/prepped for a remix at Grohls’ 606 Studio. The new mix sounds vital and intense; the entire packaging, layout, and design will be completely different from the original, with the inclusion of photos, lyrics, poetry, and other personal writings from the band during that era, collected in an extensive booklet. Stand by for an official street date, preorders, and more in the coming weeks.

Coinciding with the news of the impending reissue of No More Censorship, SCREAM protests the inauguration of Donald Trump with the release of a previously-unreleased track, “Politics Is Entertainment,” which is now issued through a newly-constructed video by guitarist Franz Stahl. The song features Scott Garrett on drums, and will not appear on the upcoming reissue of the No More Censorship album.

Stand by for more updates on the reissue of No More Censorship in the weeks ahead.